Chicago architecture has influenced and reflected the history of American architecture. The city of Chicago, Illinois features prominent buildings in a variety of styles by many important architects. Since most buildings within the downtown area were destroyed (the most famous exception being the Water Tower) by the Great Chicago Fire in 1871, Chicago buildings are noted for their originality rather than their antiquity.

Beginning in the early 1880s, the Chicago School pioneered steel-frame construction and the use of large amounts of glass. These were the first modern skyscrapers. William LeBaron Jenney’s Home Insurance Building of 1885 was the first use of steel-skeleton instead of cast iron and stone. Louis Sullivan, realizing that the skyscraper could be used to create a new form of architecture, discarded historical precedent and designed buildings that emphasized their vertical nature. Since he was based in Chicago and many of his buildings were built there, this new form of architecture became known as the “Chicago School”. Architects whose names are associated with the Chicago School include Henry Hobson Richardson, Dankmar Adler, Daniel Burnham, William Holabird, William LeBaron Jenney, Martin Roche, John Root, Solon S. Beman, and Louis Sullivan. Frank Lloyd Wright started in the firm of Adler and Sullivan but created his own Prairie Style of architecture.

In 1892 the Masonic Temple surpassed New York’s World Building, breaking its two year reign as the tallest skyscraper, only to be surpassed itself two years later by another New York building.

Daniel Burnham led the design of the “White City” of the 1893 World’s Columbian Exposition which led to a revival of Neo-Classical architecture throughout Chicago and the entire United States. He later developed the 1909 “Plan for Chicago”, perhaps the first comprehensive city plan in the U.S. The “White City” represented anything other than its host city’s architecture. Louis Sullivan said that the fair set the course of American architecture back by two decades. 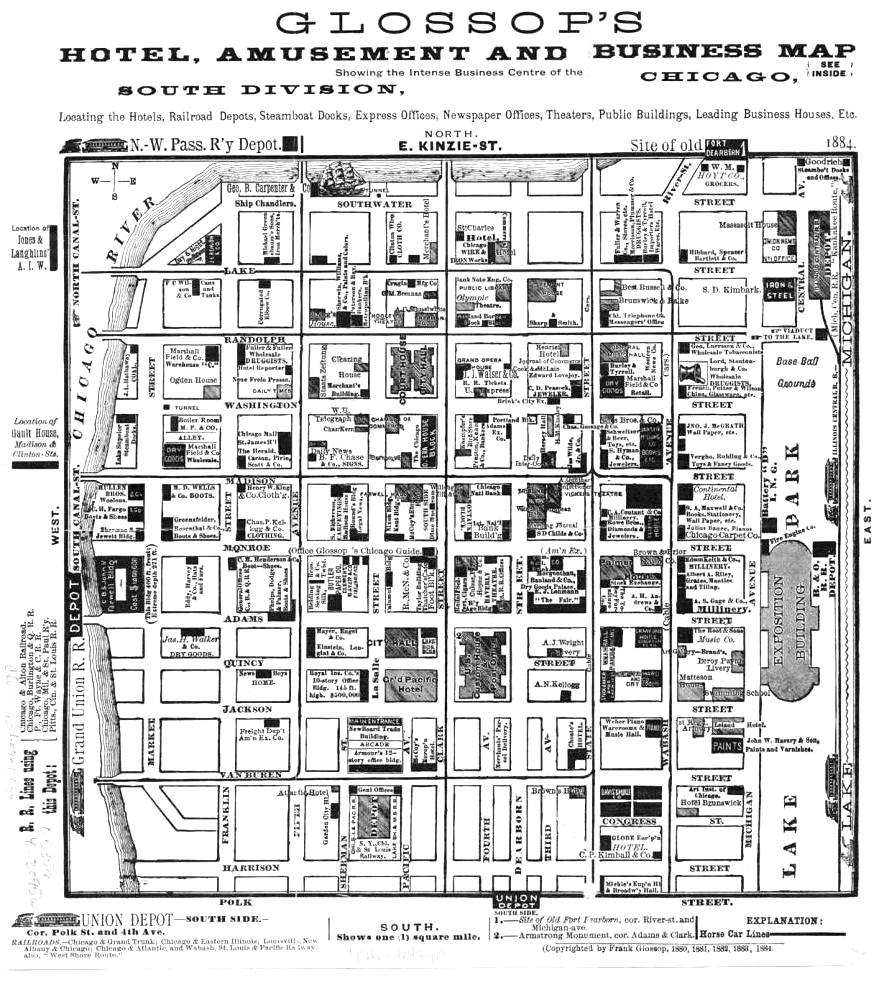 Glossop’s Hotel, Business, and Amusement Map; Frank Glossop, 1884
By the mid-1880s this portion of the South Division was almost exclusively the location of businesses of different kinds, with far less of its real estate occupied by residences and churches than in the years before the fire. There was also more clustering of the businesses by type. Note the Inter-State Exposition Building on the lakefront.

Pages to be Reassigned:
goldenage082 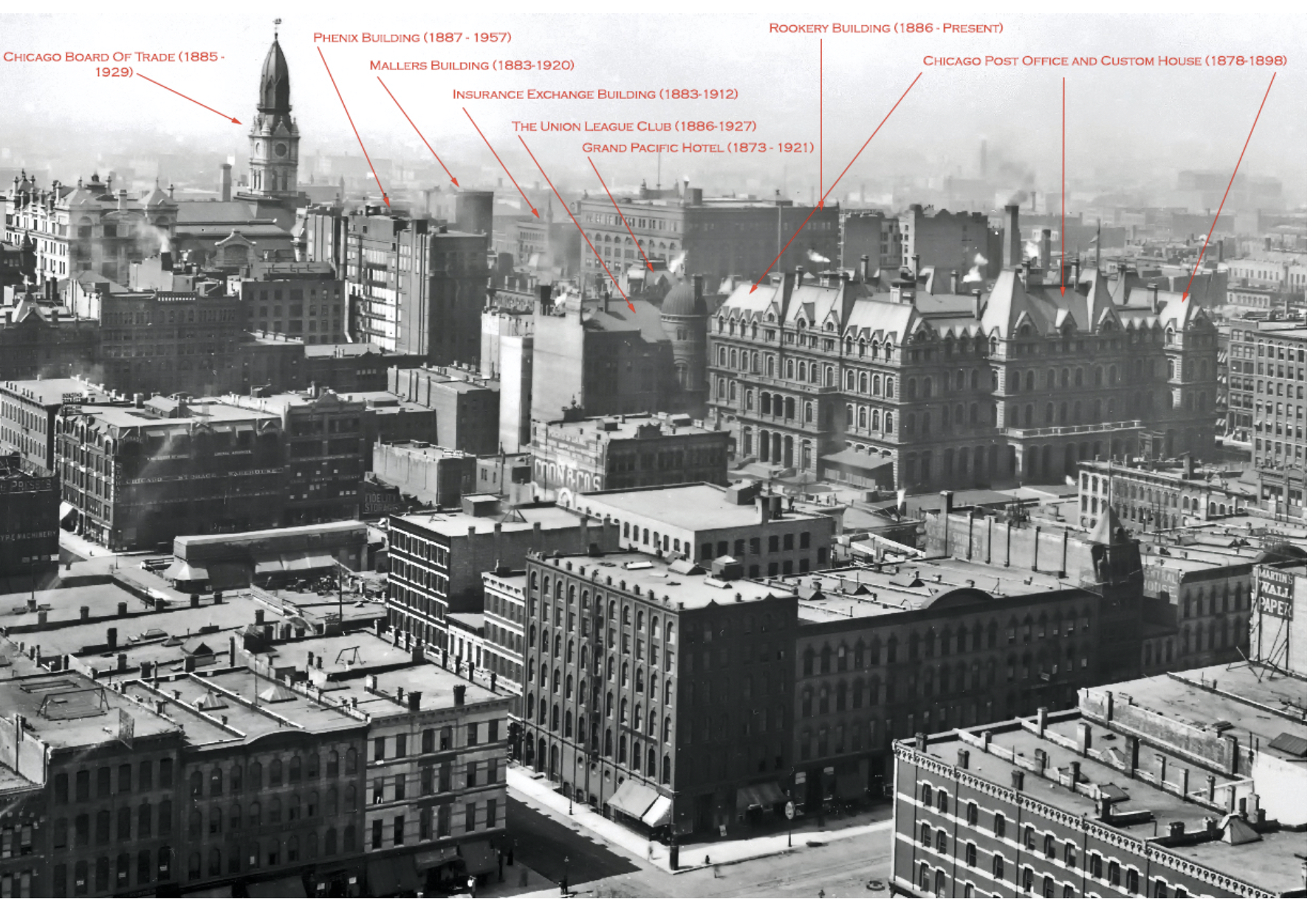 Chicago
About 1890
Taken from top of Isabella Building.