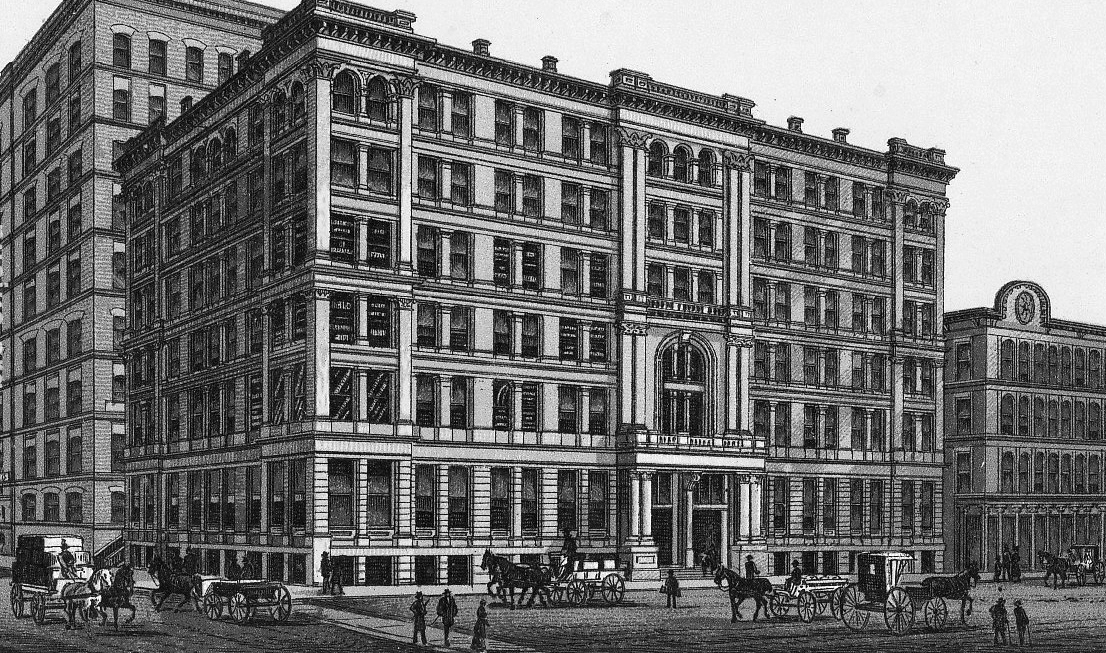 At the northwest corner of Dearborn and Monroe streets, occupies the site of the old Post Office Building. The building offers a spectacle of handsome proportions, combining strength, durability, and great size. It is surrounded on all sides with light and air.

Dimensions: On Dearborn Street, 192 feet to alley; on Monroe Street, 96 feet to alley; 100 feet high, with 6 stories and high basement. There are 3 elevators and 100 offices. It was erected in 1880, and is described among our notable high buildings. The bank inside is a fine sight. The remainder of the building is occupied by corporations, attorneys, leading real-estate operators, promoters, and financial men generally. 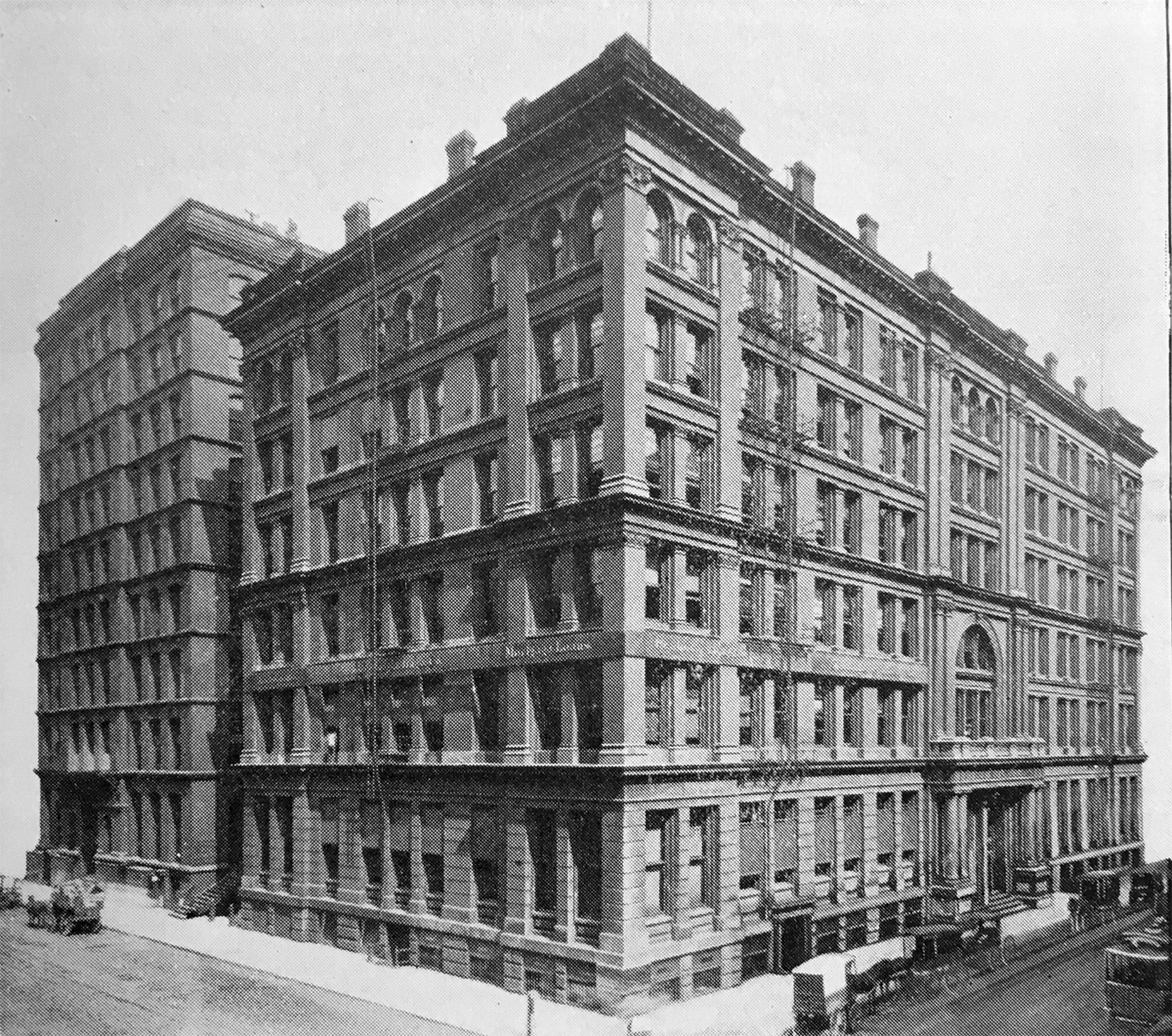 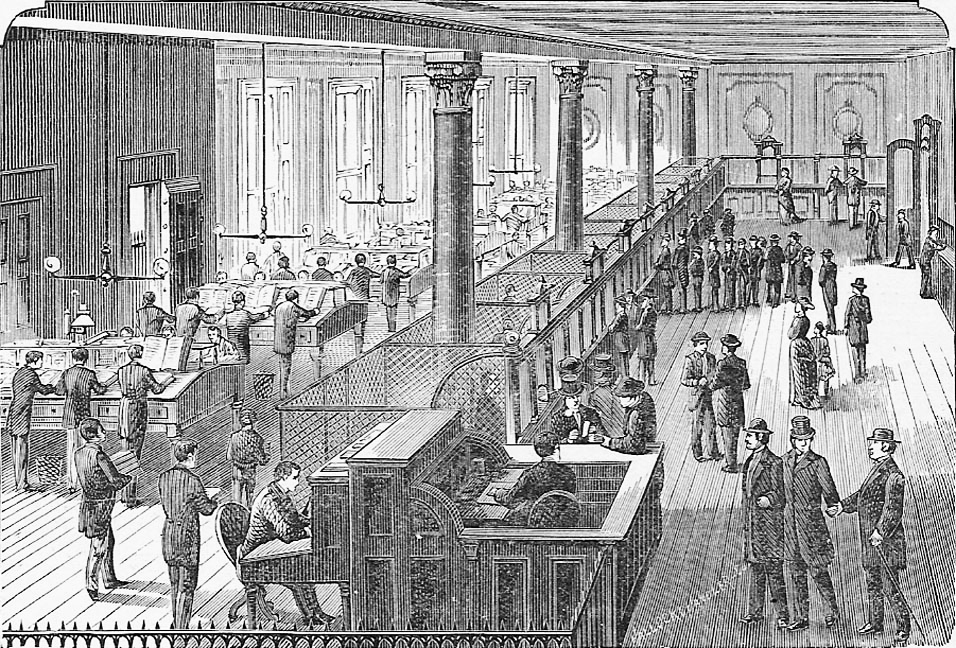 This building- was erected on the site of the old Post Office and Custom House, destroyed by fire in 1871. After the fire the ruin was transformed into the Adelphi, afterward Haverly’s Theatre. The First National Bank secured a lease of the ground from the School Board, and erected a $500,000 block upon it in 1882.

The bank pays 6 per cent, on the value of the property. The building is six stories high, and is one of the most substantial structures in the country. The entire first floor is used by the bank, and is said to be the finest and largest banking room in the world. 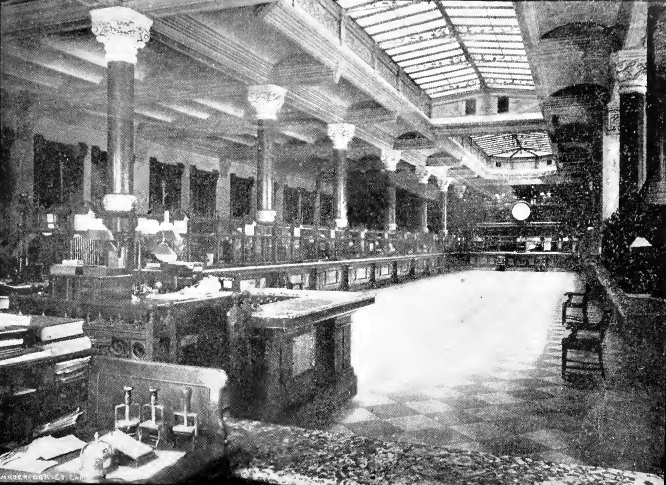 Again to quote from Industrial Chicago:

The First National Bank building is a six-story and basement structure, Romanesque in style, with basement and first story in vermiculated stone and the upper stories in pressed brick; a Roman-Doric portico shows two polished granite columns on either side corresponding with pilasters carrying a heavy entablature and balustrade. In the central and corner pavilions the horizontal style of the recessed sections merges into the vertical. The portico extends to the level of the second principal floor, and piers in the corner project, corresponding with it, thus carrying the high basement and first floor in one story. The second and third stories are also carried in one by pilasters, and the fourth, fifth, and sixth are compressed into one story for architectural effect; the two windows of the sixth story in each corner pavilion and three in the central pavilion showing the round arch finishing a section. The cornice is becoming, and the parapets above it, in the pavilions, render the sky-line perfect. This house occupies the site of the ‘Honest Building’ which was restored after the fire and used up to 1882, when it was torn down. The bank hall, occupying the first floor, is lighted by a great court. While the mural decorations and furniture are of the highest class, they are lost in the business air which pervades this hall, so that to pick
them out one must visit the bank with that sole object. 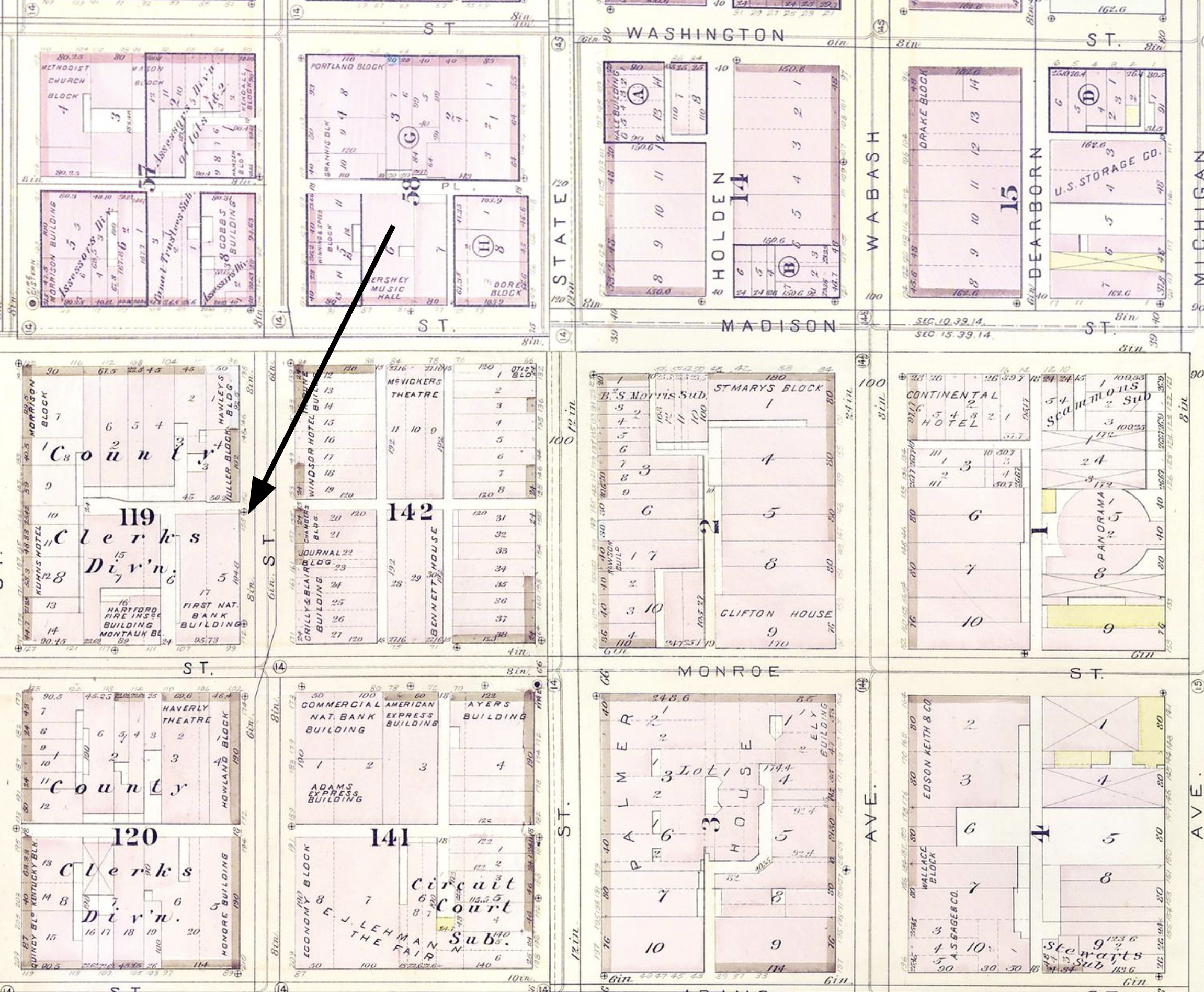 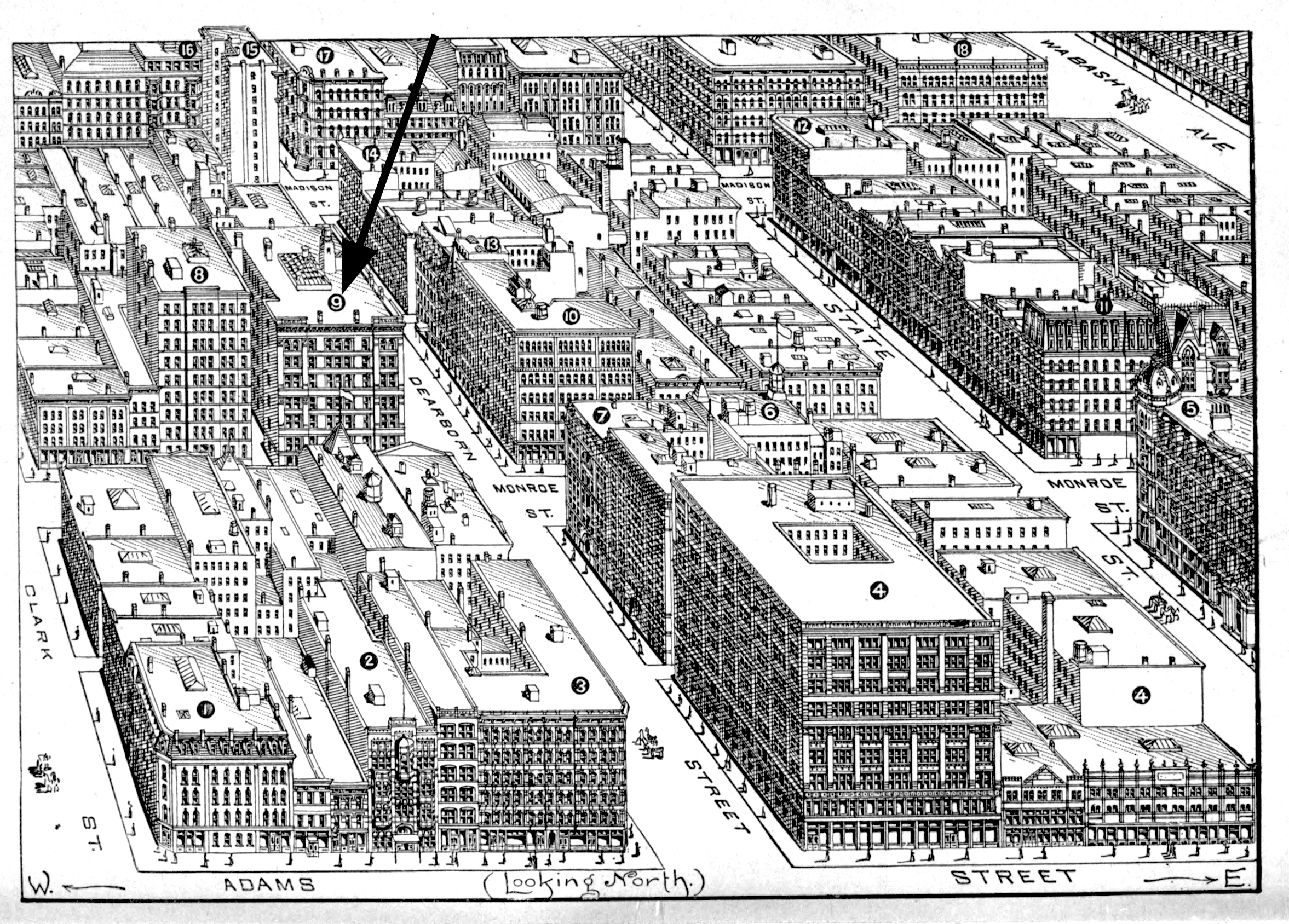