Located on Jackson st. and Fourth ave., fronting the south end of Custom-house and Post-offlce. The great general commercial and professional club of the city. Incorporated 1879, with the declared object of encouraging and promoting, by moral, social and political influence, unconditional loyalty to the Federal Government, and of defending and protecting the integrity and prosperity of the nation; of inculcating a higher appreciation of the value and sacred obligations of citizenship; of maintaining the civil and political equality of all citizens in every section of our common country, and of aiding in the enforcement of all laws enacted to preserve the purity of the ballot-box, resisting and exposing corruption, promoting economy in office and securing honesty and efficiency in the administration of National, State and Municipal affairs. The political complexion of the Club is strongly Republican, but it is conducted on strictly non-partisan principles.

The active membership has recently been increased from 1,000 to 1.200, and there is a demand for a still further increase. With this great membership, the admission fee being $200 and the annual dues $80, taken in connection with the large receipts of the dining and wine-rooms, etc., the revenue of the Club is very heavy, and it has been possible to make additions to the building and to beautify the interior in a manner which makes it the most sumptuous club house in the city. It has a splendid library and a large and growing art gallery, the latter being supported mainly by the private contributions and subscriptions of members. 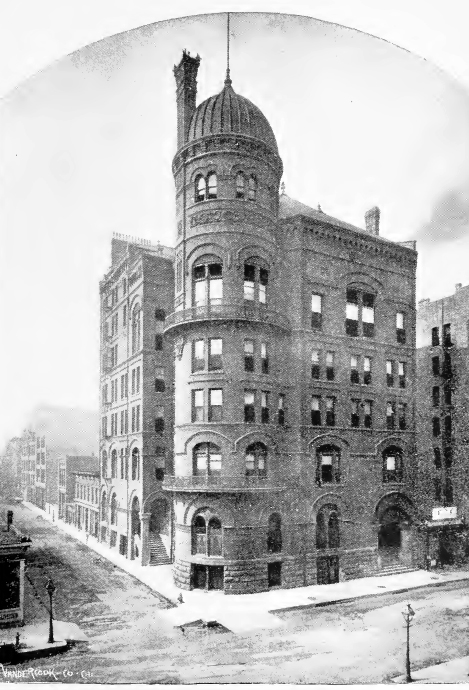 The house is centrally located and is the popular luncheon quarters for business and professional members. It has a ladies’ department, elegantly fitted up. The east entrance is used exclusively for ladies with escorts. It is not possible for strangers to visit the apartments of the Club, save when accompanied by a member, nor are meals served to nonmembers who are residents of the city, when accompanied by a member, save by special permission. Members, however, may take strangers in the city to the cafe at any time. The Union League entertains in a princely fashion, and during the World’s Columbian Exposition it will contribute greatly toward the comfort and enjoyment of distinguished visitors. 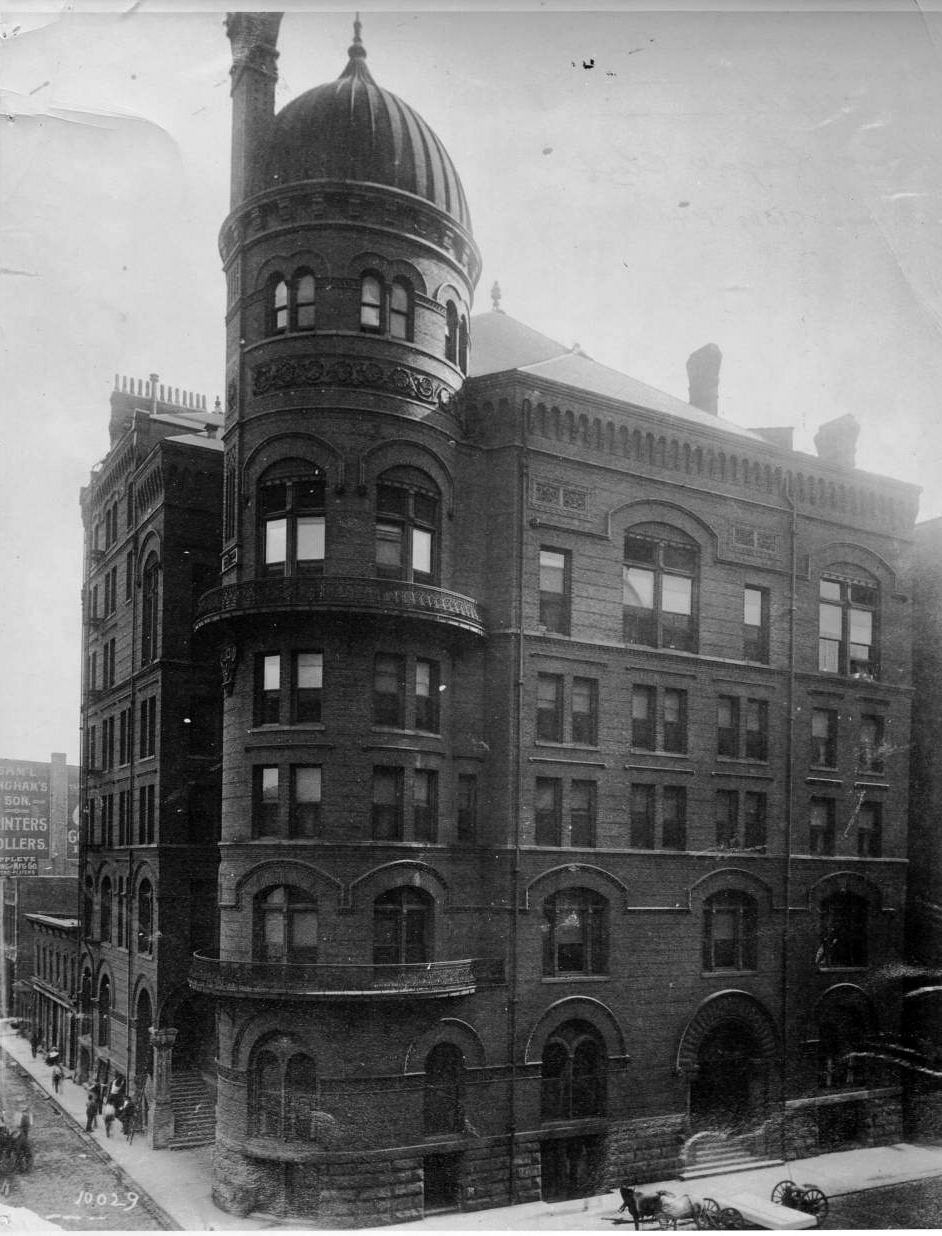