The Burlington Offices.
The new office building of the Chicago, Burlington & Quincy railway was designed in its entirety by Messrs. Burnham A Root, and from the beginning of the foundation plan to the design of the massive entrance gates is an architectural credit to its designers.

The building suggests a type of Florentine Romanesque, although the details are essentially modern; The walls are constructed of St. Louis pressed brick, with brick ornamentation and a cornice and frieze of terra-cotta, the windows having unusually deep and heavily molded jambs. The basement is of bush-hammered Bedford limestone, heavily battered at the bottom, giving a solid and adequate base to the unusually massive superstructure. The sixth story is included within the height of the cornice. Above the cornice is an unusually high parapet wall, giving to the building a very finely marked quality, producing a certain heaviness of effect such as will be remembered in the Strozzi palace. Generally speaking, the building seems designed, too, as a suitable architectural expression of a great and stable railway corporation, the fullest attention being given to those elements giving expression to such a purpose.

The general plan of the building is that of a quadrangle built with a court which is covered by a skylight. This court is in the clear, independent of the two stairways, 55 X 15 feet, and around it are constructed galleries with wrought iron supports and railings connecting with the various offices which have the outer light from the streets and the inner light of the court. The supporting columns are of iron encased in fire-proof tile. There are two sets of staircases and three elevators. These are placed at either end of the court. The general character of the finish within is massive and simple, corresponding with the external features. The framing of the interior is not extraordinary, but still exceedingly well planned and substantial. The floor beams rest upon heavy iron compound girders thirty feet long, running from the court to walls in every case. One peculiarity of this building is that the large court is used as a central shaft to assist in the heating and ventilation of the of? fices. The cold air is introduced from without and driven by a fan to the indirect radiators where it is warmed, and then passes into the court and main offices. The sanitary arrangements are so perfect and so extensive as to equal those of our best private residences, a remarkable feature for an office building, and one of which the Burlington people are justly proud. The entrance, which is composed of square pillars of red granite, is guarded by two unusu? ally massive wrought iron gates designed especially for this building, the execution of which is a remarkable example of wrought iron manipulation. The building is situated on the northeast corner of Adams and Franklin streets, and cost in the neighborhood of $350,000. 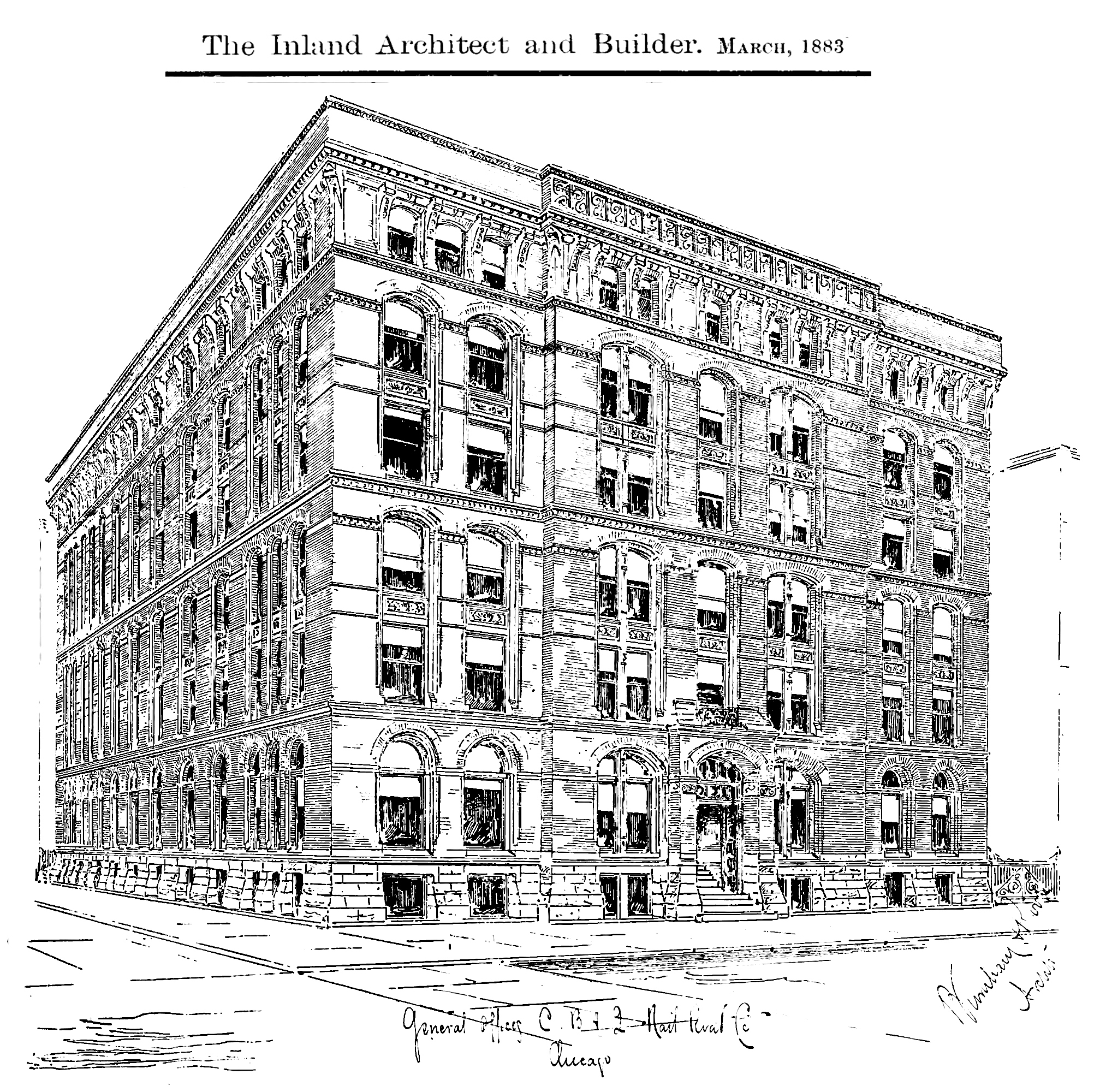 Chicago, Burlington and Quincy office building, on the northeast corner of Adams ad Franklin streets; size about 120×175; brick and terra cotta exterior above basement, which latter is stone; height six stories and basement. The building has a very large glass-covered court inside, and the offices are entered from galleries that runground the interior of the court. 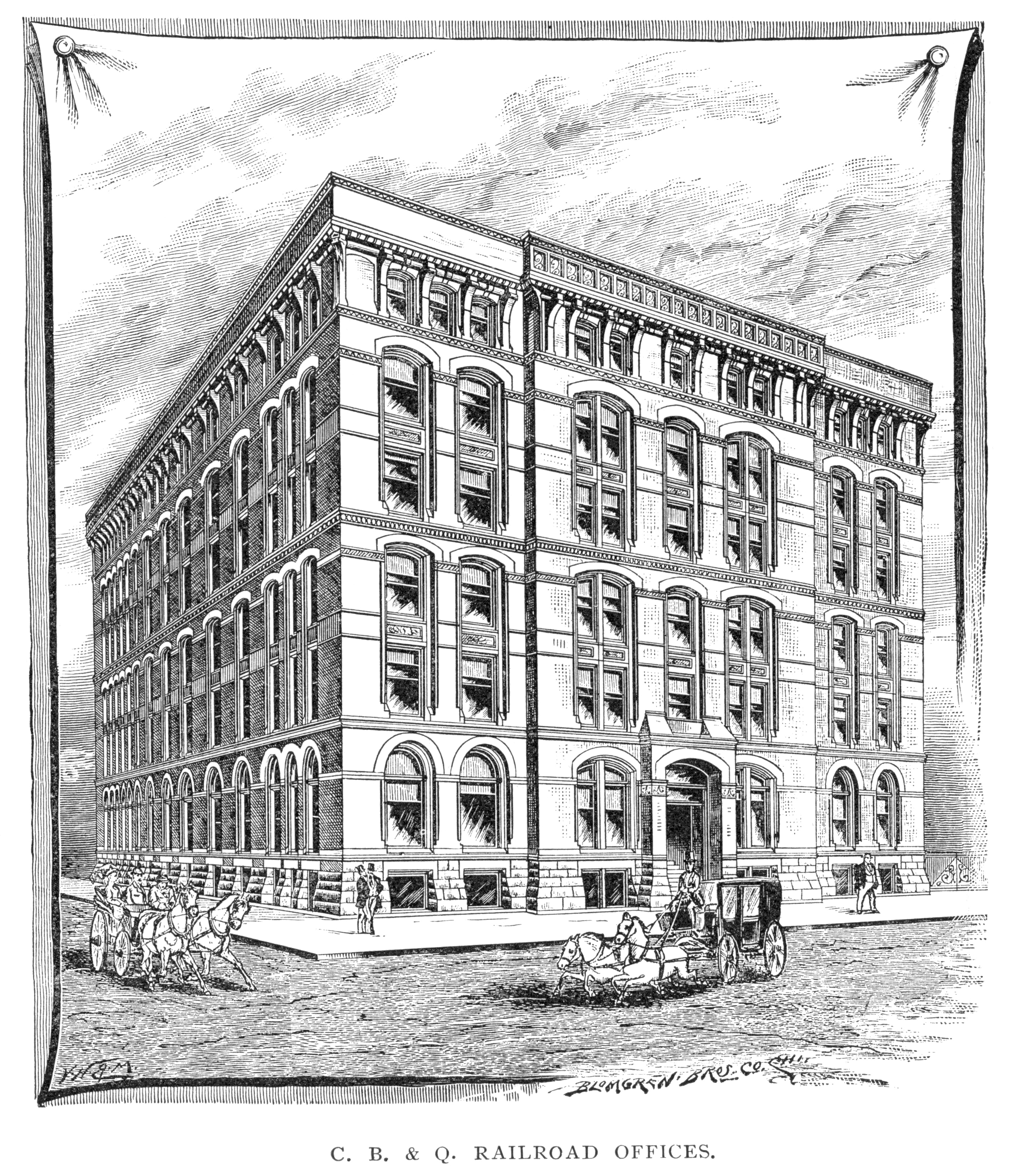 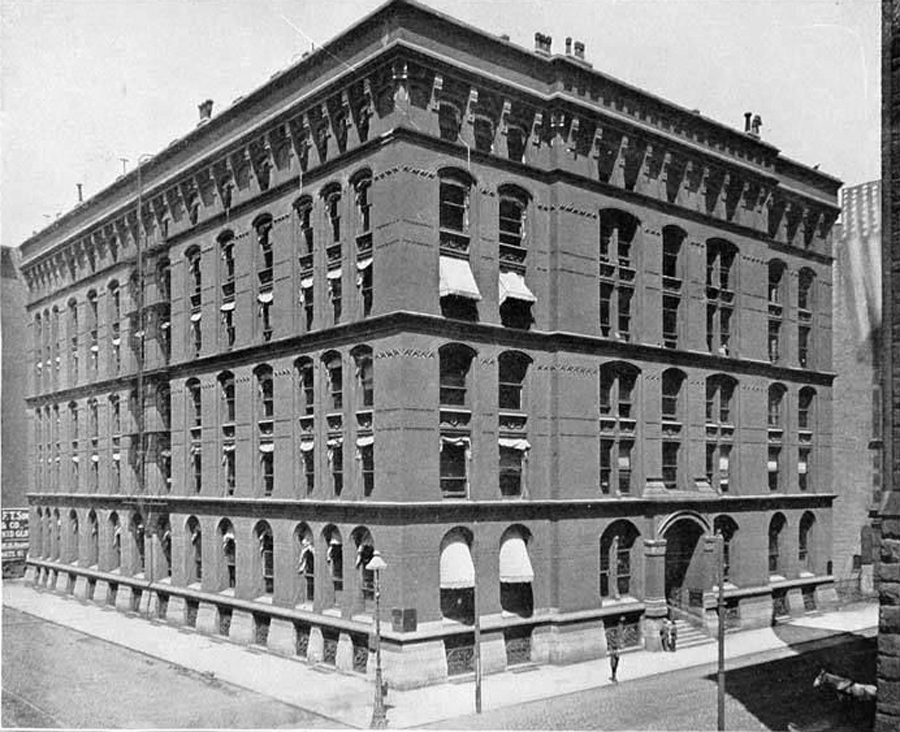 The building was replaced by the Adams-Franklin building which was torn down in 1989. 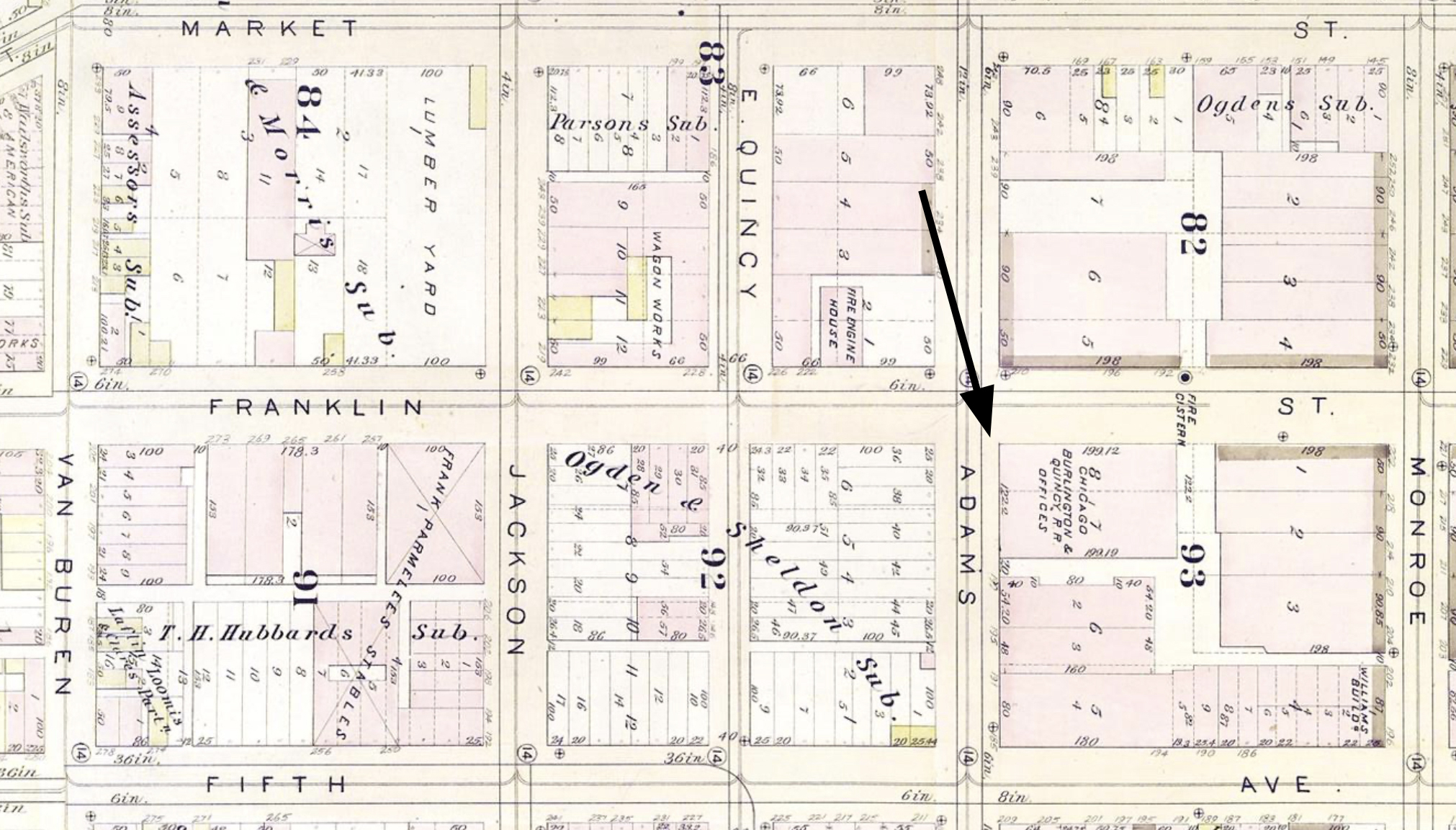 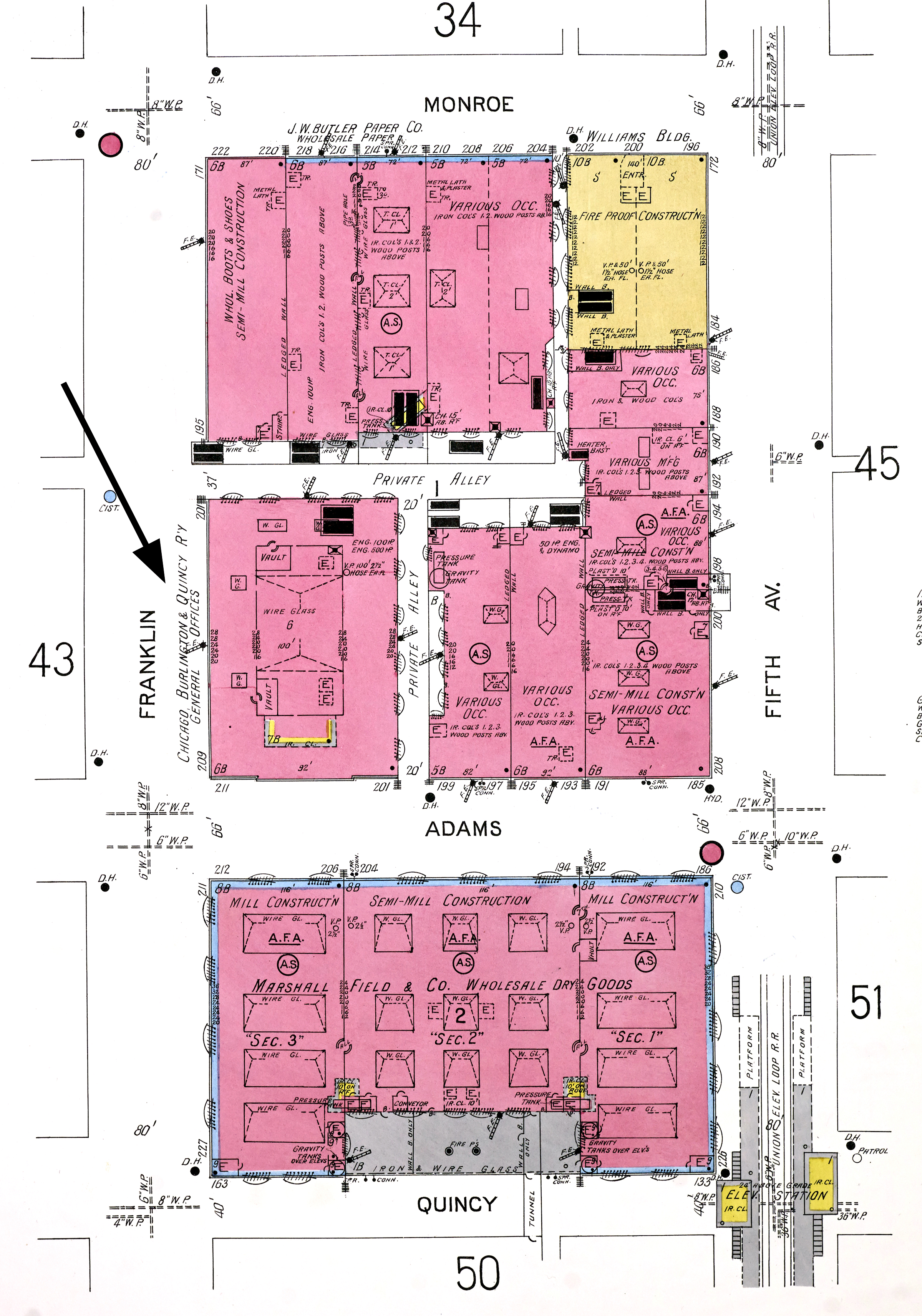