Description of the La Salle Street Skyscraper Now in Construction.
Complete details of plans for the Young Men’s Christian Association building on La Salle street at the corner of Arcade court have been worked out by Jenney and Mundie. The street front is a square tower 173 feet high to top of cornice, and 228 feet to the peak of roof. The main portion, containing the auditorium, gymnasium, and association offices, is in the rear of the tower on Arcade court and is 81×121 feet. The three lower stories of the La Salle street tower are of gray granite. Above the granite the material is terra cotta, as near the color of granite as practicable. 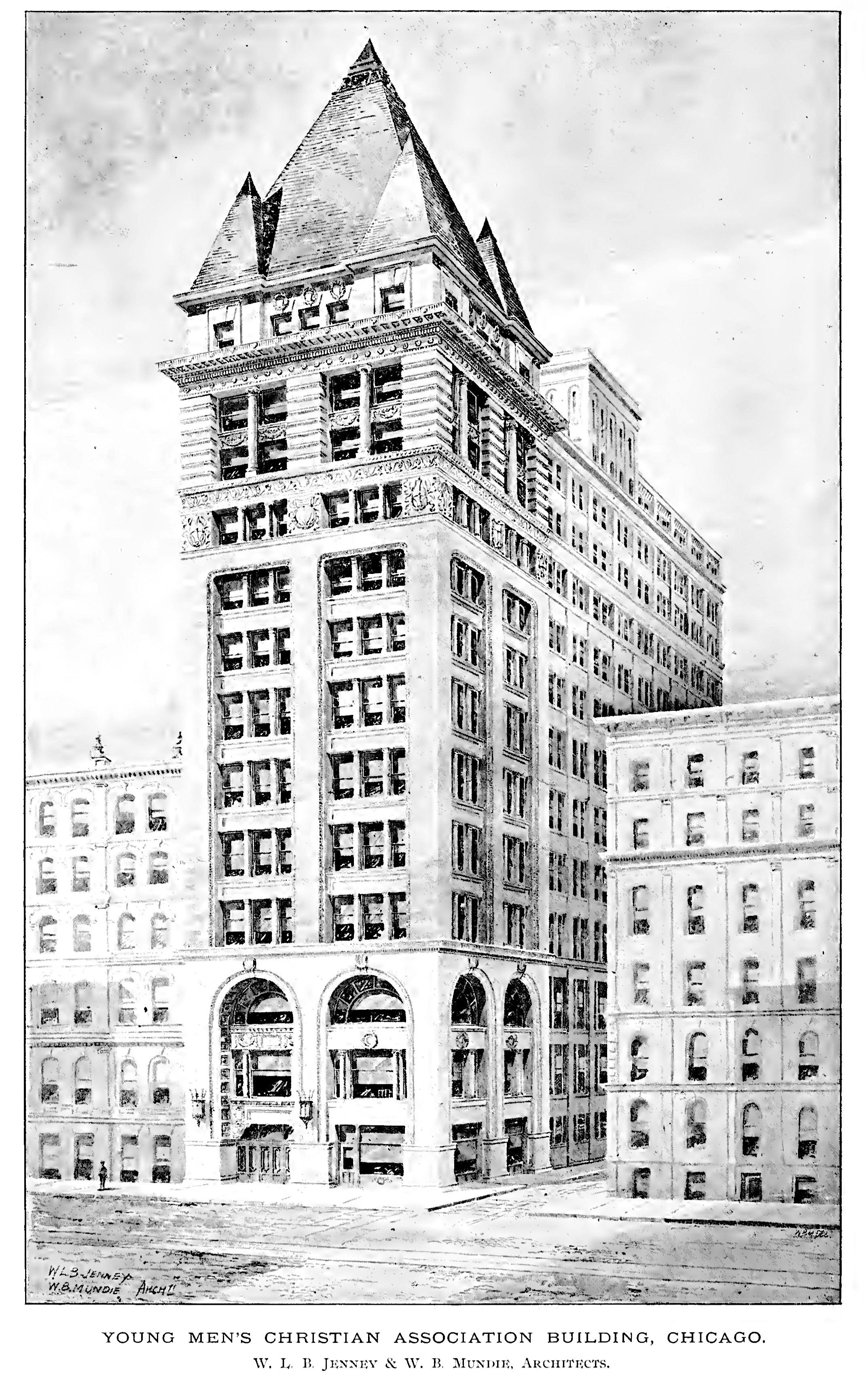 The tower roof is covered with red tile. The basement is used for the working department of the building, containing six boilers, the machinery for eight elevators, the electric light light plant, house pumps, and ventilating apparatus. In the basement will also be three bowling alleys on Arcade court, and the body of the great swimming tank, 22×71 feet, that is entered from the first story at the level of the floor.

The corner room on the ground floor, containing 2,800 square feet of floor space, will be fitted up for an elegant banking office. The entrance hall to the offices and to the auditorium is about twenty feet wide and leads to four elevators for the offices and to a grand staircase, ten feet wide, for the assembly-rooms and for the auditorium. The rest of the first story is devoted to the great bathing establishment, including a swimming tank, eight feet deep at one end and four feet at the other. This tank is built of steel plates, riveted together, and lined with white china tile.

The second and third stories contain the parlors and principal rooms of the association, the general and private offices, the library, reading-room, recreation-room, lecture hall, and the great auditorium, which will be a beautiful, well-proportioned, and convenient room, with a seating capacity of 205 in the parquet, 420 in the parquet circle, and 344 in the balcony. The fourth and mezzanine floor of that part of the building in rear of the tower is occupied for baths and lockers for the use of those patronizing the gymnasium. The fifth and sixth flors are the gymnasium.

The appointments and fittings of the athletic portion of the association rooms are the best that are known and have been selected by experts. The architects and the general secretary visited all the best association rooms and the finest athletic clubs in the country and consulted with those best informed before planning the building. It is intended that this portion of the building shall excel anything of the kind in the country.

The seventh floor is occupied by class-rooms. The tower, or front part of the building, on the fourth to the seventh floors, and all of the floor space on the eighth to the thirteenth floors, will be divided into offices of good proportions. 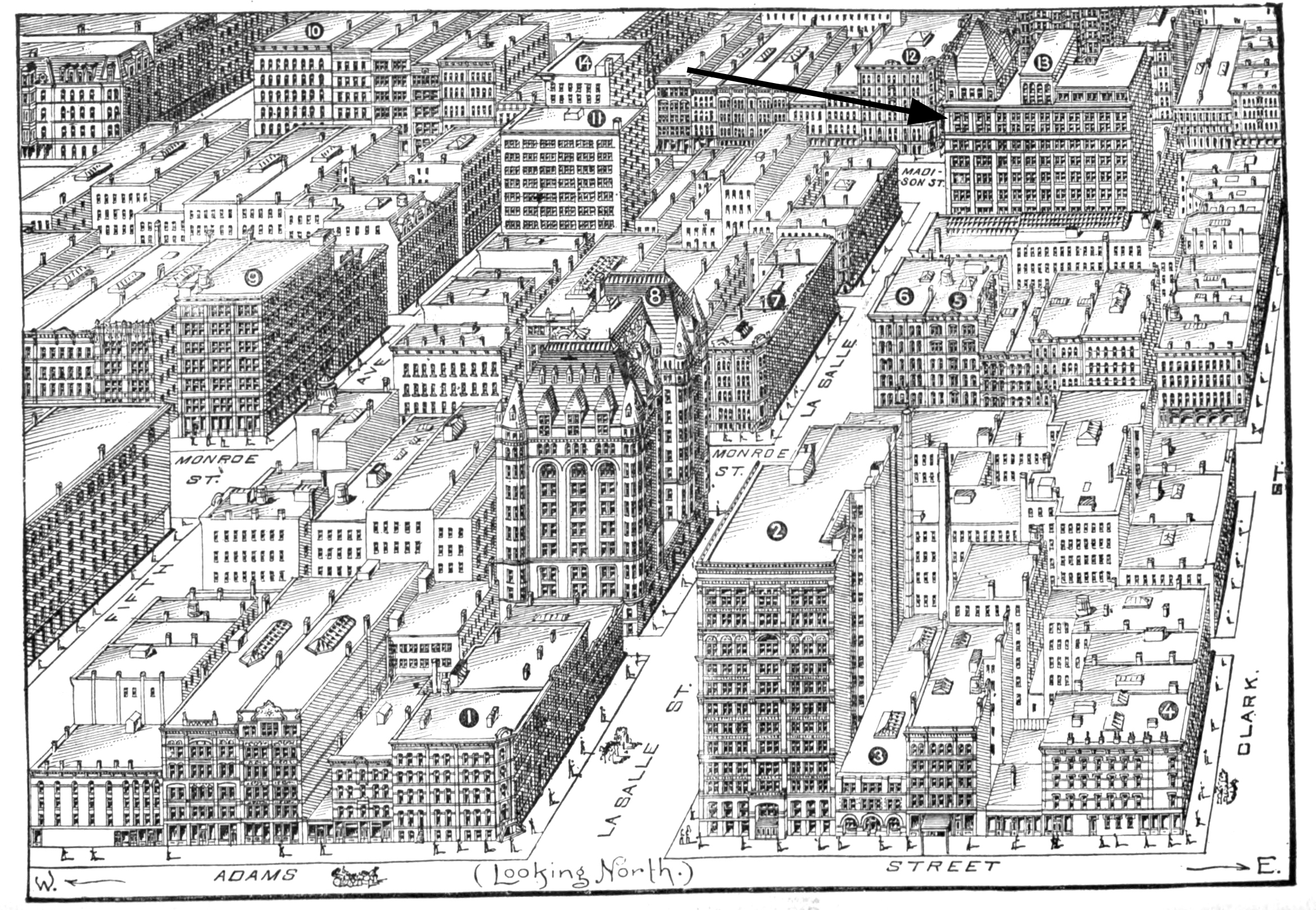 ⑬. The Y. M. C. A. Building Covers the site of Farwell Hall, in the rear of 150 Madison Street, fronting La Salle Street on the east side at Arcade Court (an alley) . This splendid building is like the Athletic Club’s steel building on Michigan Boulevard. The lot is irregular, but has 54 feet front on La Salle, and is 187 feet deep on Arcade Court, with greater width in the rear. The structure is 190 feet high, with 12 stories and basement. Its interior is described in our chapter on “Notable High Buildings.” It was erected in 1893, at a cost of $850,000. The skeleton steel method of architecture is here followed, nothing depending on outer walls. Farwell Hall had a notable history. It burned before the Great Fire; it burned in the Great Fire; it was demolished to make way for this steel skyscraper. 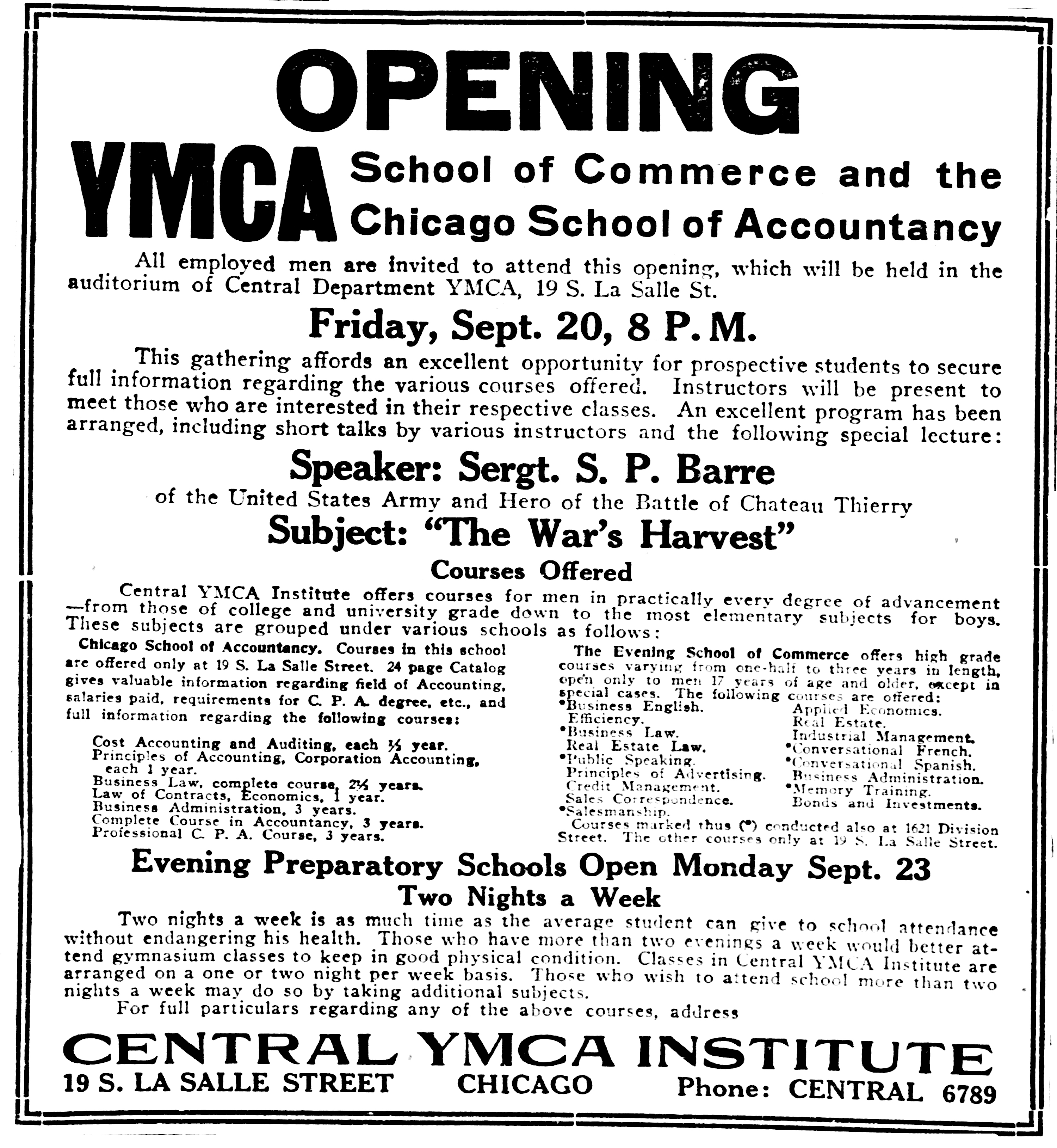 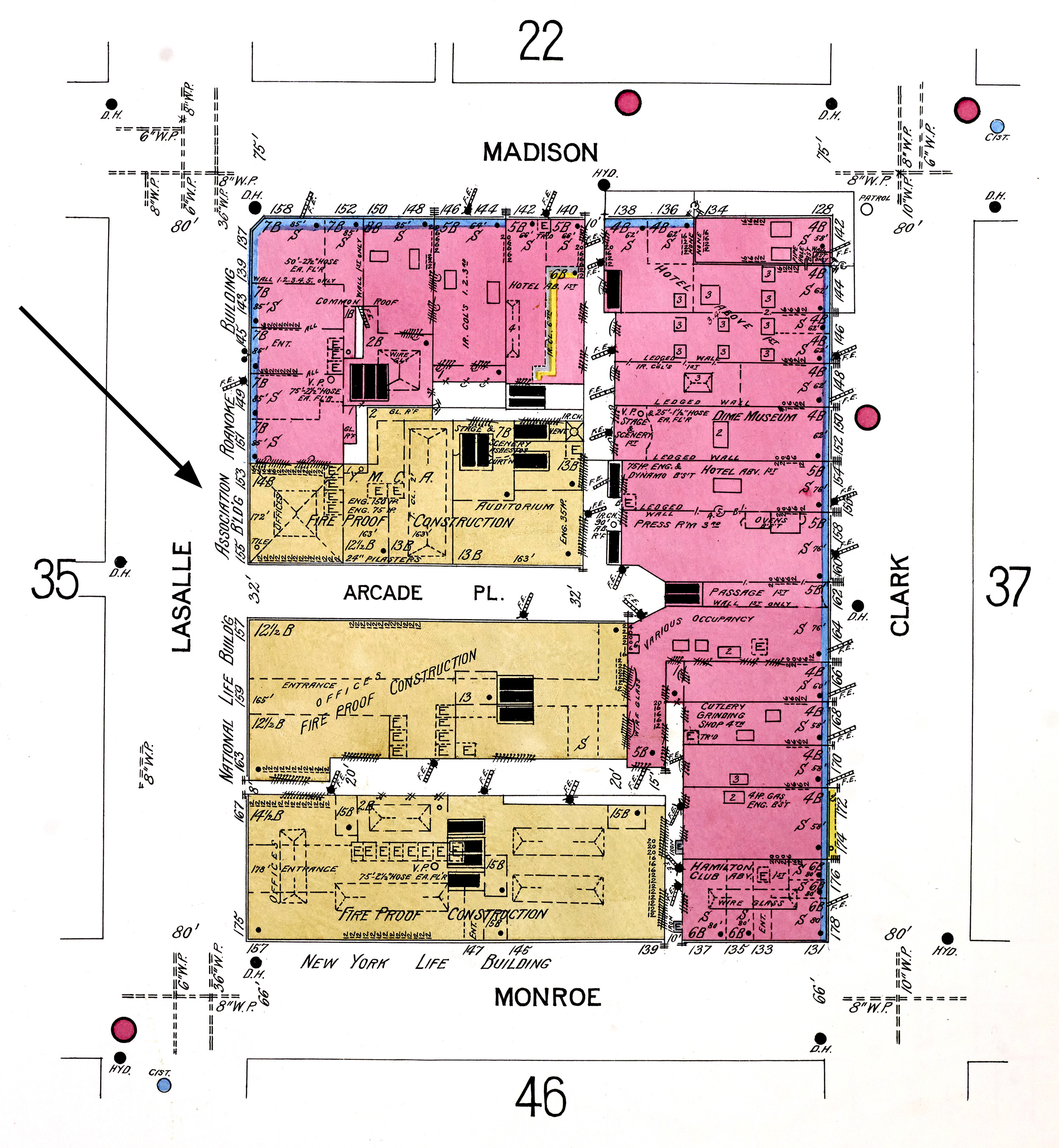