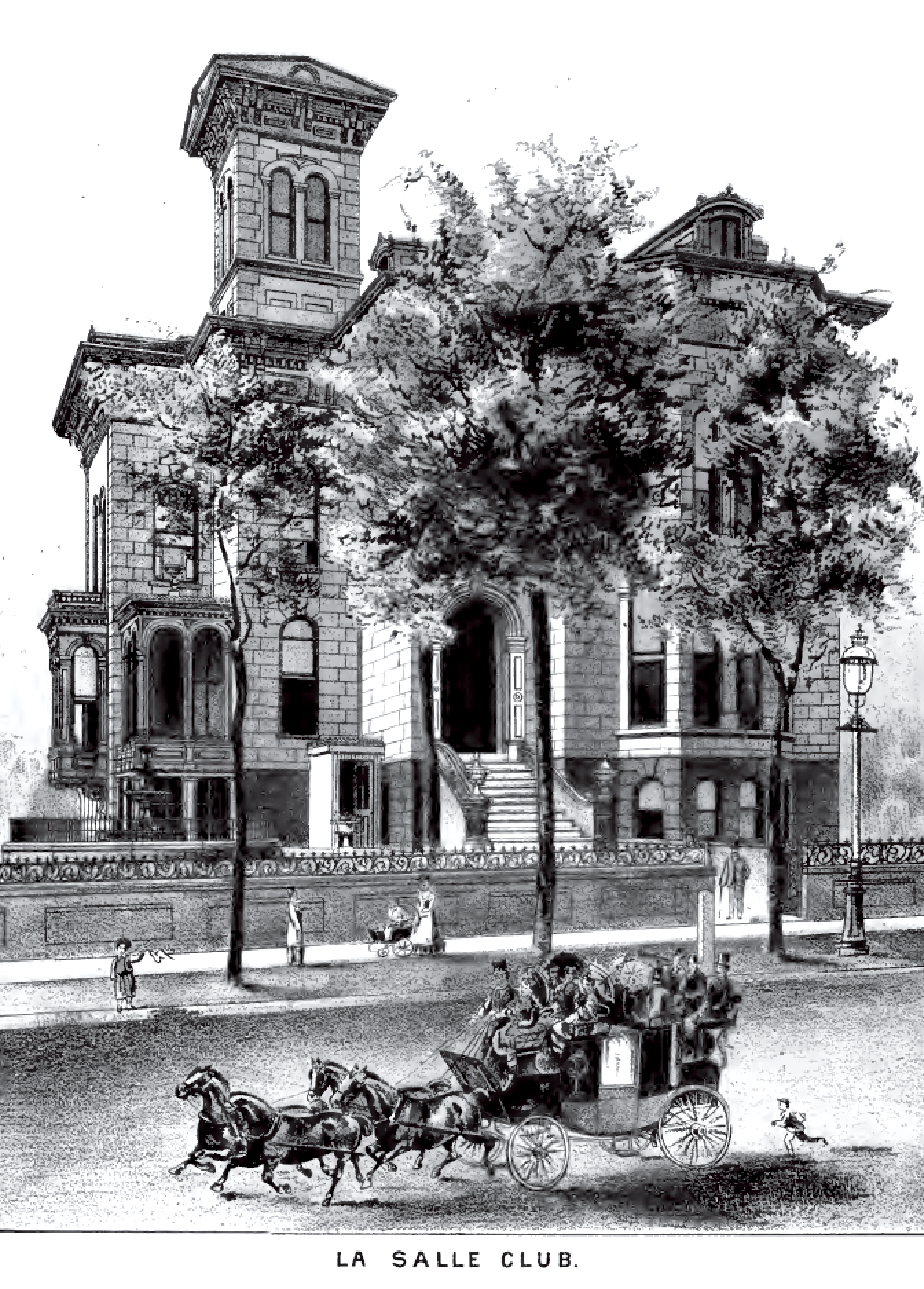 The LaSalle Club is a political and social organization. All the leading Republican politicians belong to it, and it is the centre of Republican activity in Chicago. Beginning in a humble way, the growth of the Club in prosperity and influence has been wonderful, until its membership now embraces the names of seven hundred and fifty men. Organized in 1884, the LaSalle Club began its existence in a few rooms at No. 9 Laflin Street. Thence it moved to No. 28 Warren Avenue, and early in 1888 it took possession of the fine building it now occupies, at 252 West Monroe Street, formerly the residence of C. C. Holton, Esq.

The house is of marble, three stories and a basement, a frontage of 125 feet and a depth of 95 feet, with addition, built by the Club, 48 feet by 125. In the basement are the lunch room, the cafe, cigar stand, gymnasium, and a magnificent bowling alley, containing five alleys and two shuffle boards.

On the first story are the hall, two large parlors, the reading room and the office, and in the addition the billiard room, with twelve tables. The second story contains eighteen card rooms, and a superb assembly room in the addition. The third story is as yet unfinished. The house is very handsomely furnished throughout, and no pains are spared by the Board of Management to make the LaSalle one of the finest and most popular clubs in the city. The initiation fees and dues are comparatively small, the former being fifty dollars and the latter twenty dollars. 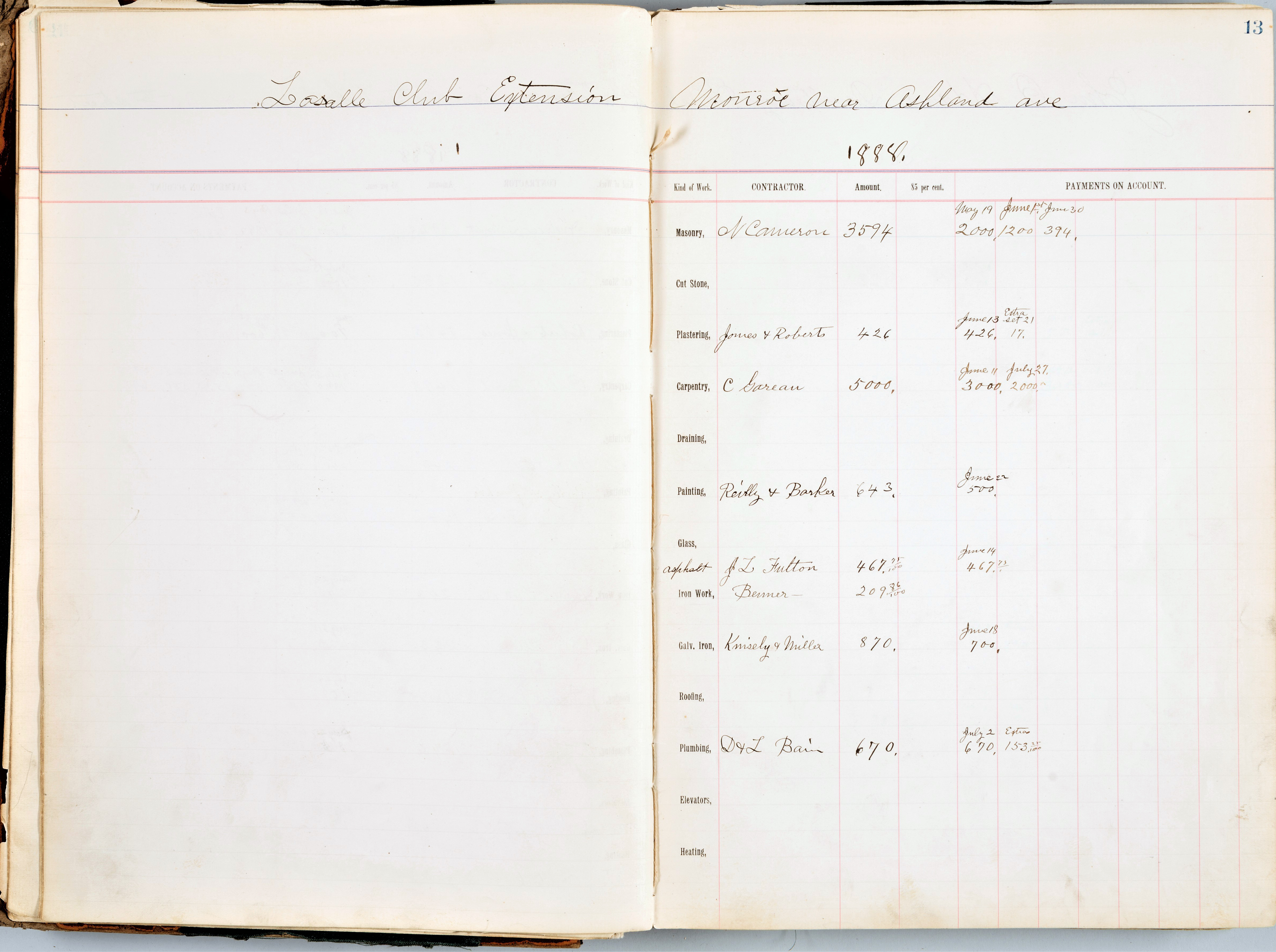 La Salle Club to End Its Existence.
Directors Unable to Secure Funds to Purchase Quarters—To Close April 1.
The La Salle club last night took steps to end its existence as a club. There was a fair attendance of members, and to them the directors reported that efforts to secure the sum needed to enable the club to purchase the quarters has failed. The trustees were ordered to collect all fees and accounts outstanding, to dispose of the club’s assets, and to close the house April 1 and to pay over anything remaining to the members in the shape of a dividend, or to assess them if a deficiency was found. When everything was settled the charter was ordered surrendered and the club disbanded.