The Ownings Building, called the Bedford Building later, was on the southwest corner of W. Adams and S. Dearborn streets. It was 14 stories high with one basement on a mat basement. Cast-iron columns were used.

The building is on a lot so small, at a corner so conspicuous, produces a minumental effect. The bricks used were the first in the Western world to imitate in shape and color the brick used by the ancient Romans in the Eternal City. A tower with cupola, and ornate treatment at the roof, enhance the architectural effect. There are 168 offices and 3 passenger elevators, averaging 900 trips a day. The occupants were financial and coal companies, and professional men. The Owings Building was erected in 1888, at a cost of $475,000. and like the Monadnock, Manhattan, Unity, and others is a genuine Chicago sky-scraper. 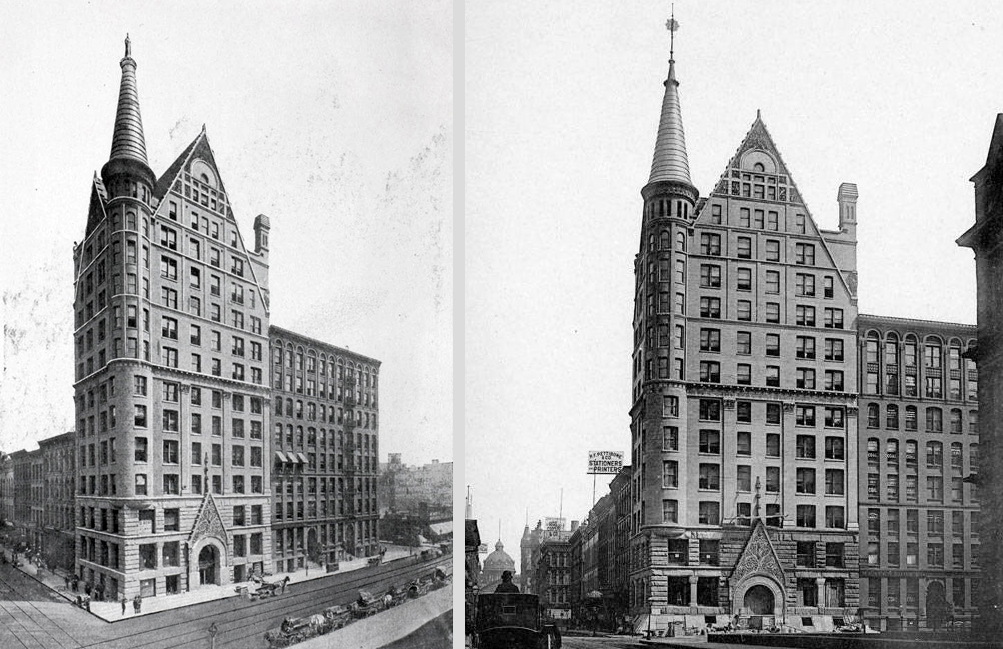 The Owings Building
About 1899