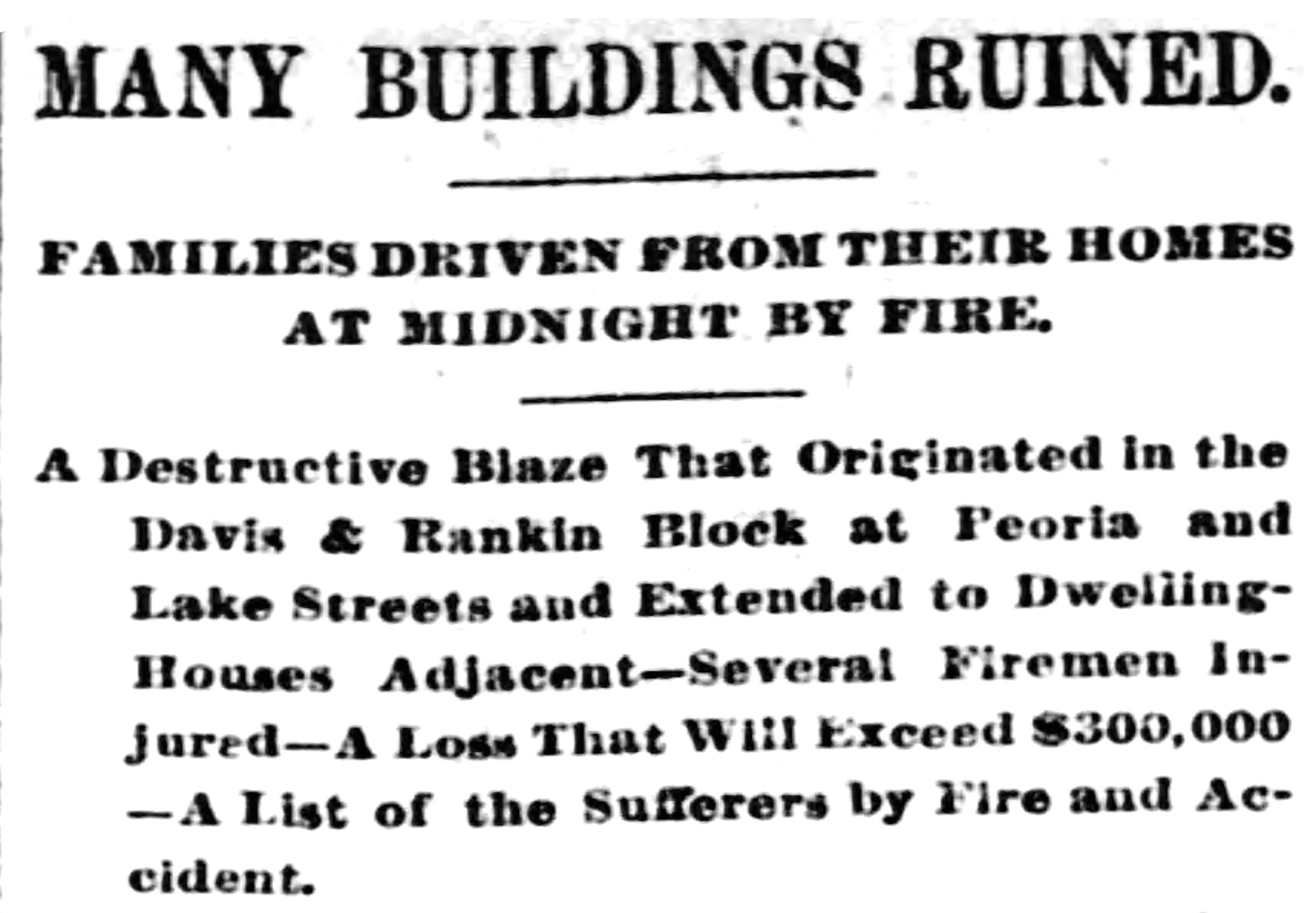 The hottest blaze the Fire Department has had to battle with for some time broke out at midnight in the Davis & Rankin Block, a five-story brick, 125×150 feet, located at the northwest corner of Lake and Peoria streets, and occupied half a dozen firms, the largest being Davis & Rankin, who deal in creamery supplies. In the building were also Zimmerman & Co., refrigerator manufacturers, Lane, Weaver & Co., oyster and fruit cans, the Gross Printing-Press Company, Lintholm, Picture-Frame Company, Chicago Egg-Condesing Company, and the Steele Key-Drive Chain Company.

It was just 12 o’clock when the watchman making his round of the building discovered the blaze, as he says, on the top floor. When he first saw it the fire had made considerable progress and was topo great to be put out by him. He hurried out and turned in an alarm at Halsted and Fulton streets. When the clatter of arriving engines awoke the people living in the neighborhood the upper two stories of the big block were ablaze from one end of the building to the other. The oils, butterine, and other highly inflammable materials stored in the building made the fire a furious one. No sooner had the engines arrived in response to the first alarm then a 4-11, calling out all the engines available, was turned in. In a few seconds a flood of water was being turned on the fire, but in a surprisingly short while the building became a total wreck.

The blazing building towered above a nest of closely huddled frame houses occupied mostly by workingmen. These little houses surrounded the big block, and every falling wall crashed a home. The fire was one of incidents, narrow escapes of firemen following each other in quick succession, and it was remarkable that no one was killed.

Marshall Murphy, with companies No. 17 and 34, made his way to the fourth floor as quickly as possible. Truck 2’s men were on the floor below. Suddenly there was a terrific explosion of hot air that knocked down every man on the fourth floor. All were badly bruised. They were:

Anderson and Kirkland were the most badly used up. All scrambled down the stairway and escaped. Most of them remained on duty, though it will be some days before they recover from the effects of the explosion. 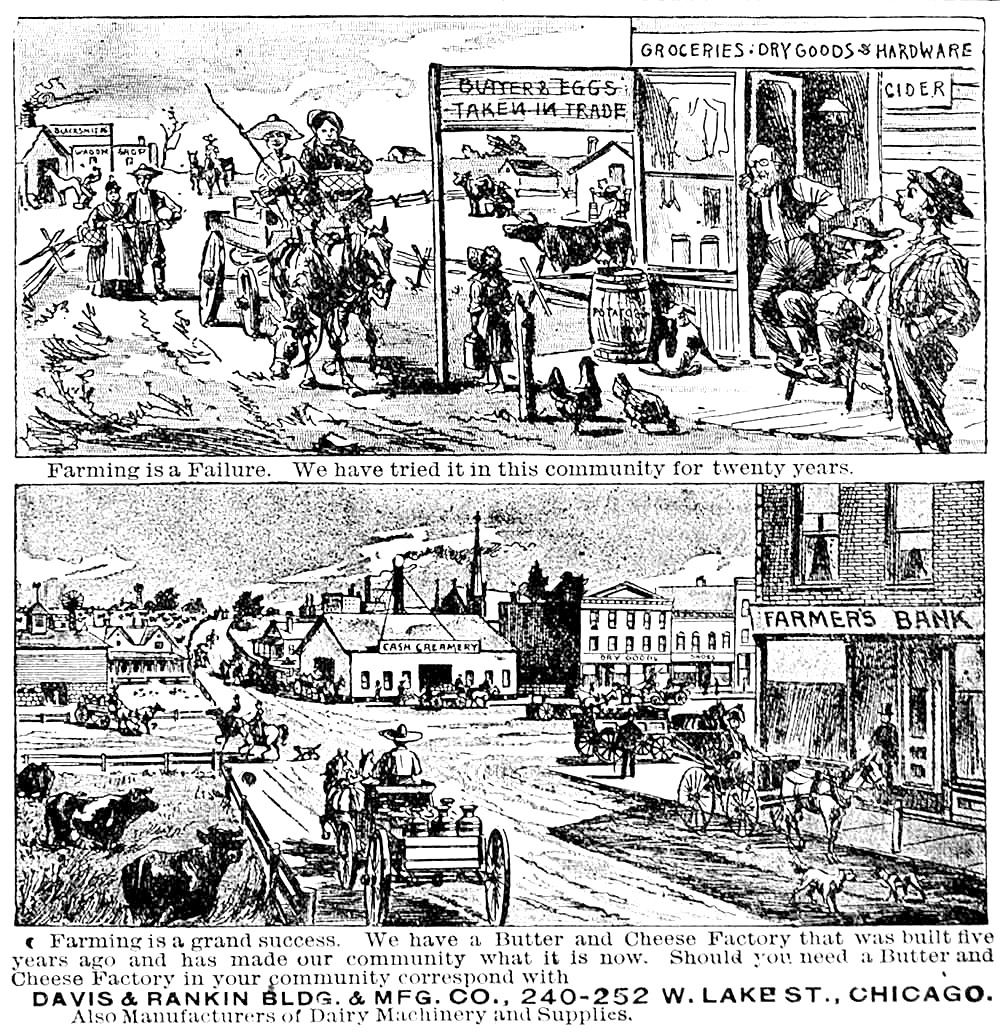 Directly opposite the Lake street front of the building is the old Orpheus House, now occupied by a number of families, and half a dozen frame buildings. These houses felt the effects of the fire first. When the flames spread from the upper floors to the middle of the building the windows in the shanties opposite cracked and the pain melted off the walls. A few minutes later there was a flash throughout the lower portion of the block, and the entire building was a seething furnace. The flames poured out of the front of the building and surrounded the small buildings opposite.

Everything movable had been taken from these houses. When the buildings began to smoke the firemen turned their streams on them, and by the application of considerable water saved them.

The firemen turned their streams back on the fire just as a streak of oil-fed flame blazed through the front part of the building. The heat and wind were too powerful for the wall, and a moment later there was a loud shout from the immense crowd and a corner of the wall fell with a terrific crash. The members of Companies 21 and 17 had narrow escapes in getting away. The men stumbled, fell, and then turned about and pulled out comrades who had greater difficulty in extricating themselves from the hose and debris.

Lieut. Hannon and Truckmen Lacy and Seller of Company No. 40, who were working on No. 3’s ladder, had a stream in front of the building just before the wall fell. The heat was intense, but the men stood at the top of the ladder until a heavy sheet of flame scorched them, when they got down. A moment later the wall fell. The falling of the front wall was followed by a section of the west wall on a two-story frame at No. 248 West Lake street. This house and that at No. 250 were used by John Wagner and wife as a boarding-house. At No. 252 lived Mrs. Secor, a widow, and a family named Smith. All of these people got out long before the wall fell. The three buildings, which were owned by Allan C. Story, were destroyed by falling walls or burned.

On the Peoria street side of the burning building were the houses if James Thomas, No. 44 Peoria, and Mrs. Devinney, No. 46. The Thomas and Devinney families moved all their effects across the street. The Thomas house was separated from the burning block by a narrow alley, and was the first to suffer. The firemen made no effort to save it when it began to burn, for water could not be wasted. The entire neighborhood was alarmed, and for a time it was feared that the conflagration would spread for blocks. Myriads of sparks and flying embers set fire to buildings within two blocks of the Rankin Block, and lively work alone saved them. The immense blaze brought out thousands of people, and it required extra police officers from all the precincts to keep the crowd from getting too close to the firemen.

James O’Brien of Truck No. 8 was struck on the leg by a piece of iron pipe when one of the walls fell and was slightly injured.

The total loss will probably reach $300,000. Davis & Rankin owned the building,. which cost them $116,000 two years ago. The building had no interior walls, and therefore was the more readily burned. The owners had over $60,000 worth of stock, machinery, and fixtures, the whole of which, including the building, is insured for $90,000 by E. M. Teall & Co. Gross & Co. lose $50,000; insured for $25,000. The firm had ready to ship presses for the Denver Times, Mobile Register, and Chicago Arbeiter-Zeitung. The losses of the various other firms will bring the figures up to about $300,000.

No one seemed to know what started the fire. The watchman is sure it started on the top floor. A man passing by when the fire broke out says he saw the first blaze in the rear of the third story.

While driving Marshal Petrie’s buggy to the fire Joseph O’Malley was spilled into the street by the overturning of the vehicle at the corner of Milwaukee avenue and Peoria street, and was seriously injured.

Just after the fire started, when the sky was aglow with the reflection of the flames, it was reported that the immense factory of Frazer & Chalmers was burning. This report gained wide circulation, but proved to be unfounded. 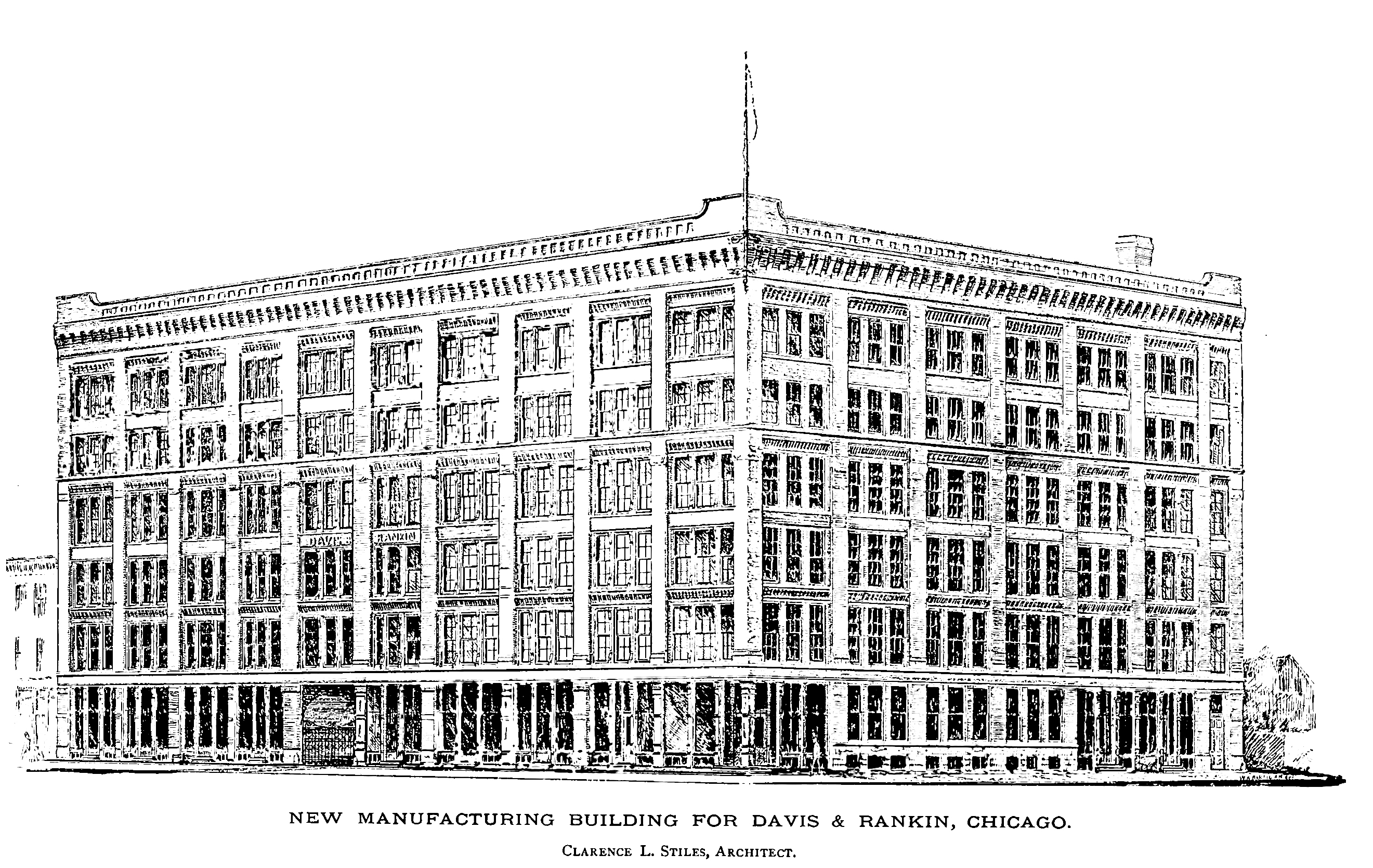 Real Estate Notes.
The Davis & Rankin Building and Manufacturing company has transferred to the Lake Street Manufacturing Block company the property at the northwest corner of Lake and Peoria streets, 201×150 feet, at a valuation of $350,000. The immediate corner, 125×150 feet, is improved with a fine six-story manufacturing block, occupied by the Davis & Rankin company, and it is now the intention to improve the seventy-five feet of vacant ground to the west with a six-story building to correspond with the present structure at a cost of $100,000. The improvement will be made the coming season.

Stiles & Stone have designed for the Lke Street Manufacturing Block, of which Messrs. Davis & Rankin are the principal owners, a six-story addition, to be built on the west side and adjacent to their present six-story business block at the northwest corner of Lake and Peoria streets. It will front approximately seventy-five feet with a depth of 145, and will have an L, fifty by fifty feet. It will be constructed of pressed brick and stone and conform in appearance to the present structure. The interior will be of mill construction and will be arranged for the use of light manufacturers. It will cost $80,000. Work will be commenced immediately. 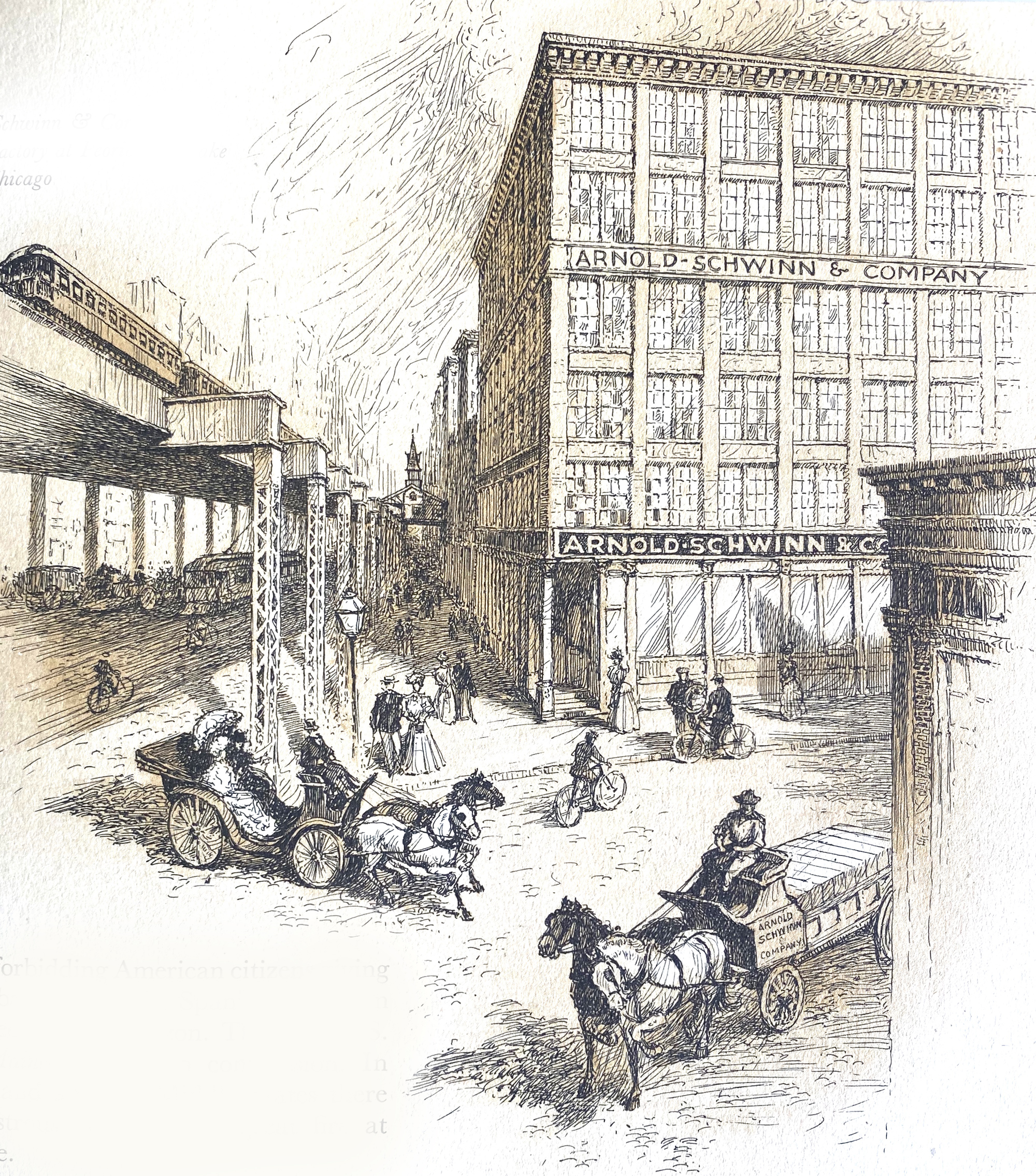 NEW CHICAGO FACTORY.
Arnold, Schwinn & Co. have an immense plant, and if they wished they could secure enough floor space to build an unlimited number of bicycles. Their present plant at the corner of Peoria and Lake streets, Chicago, is filled with the latest automatic machinery. They will make between 8,000 and 10,000 machines, all of the highest grade and finish. 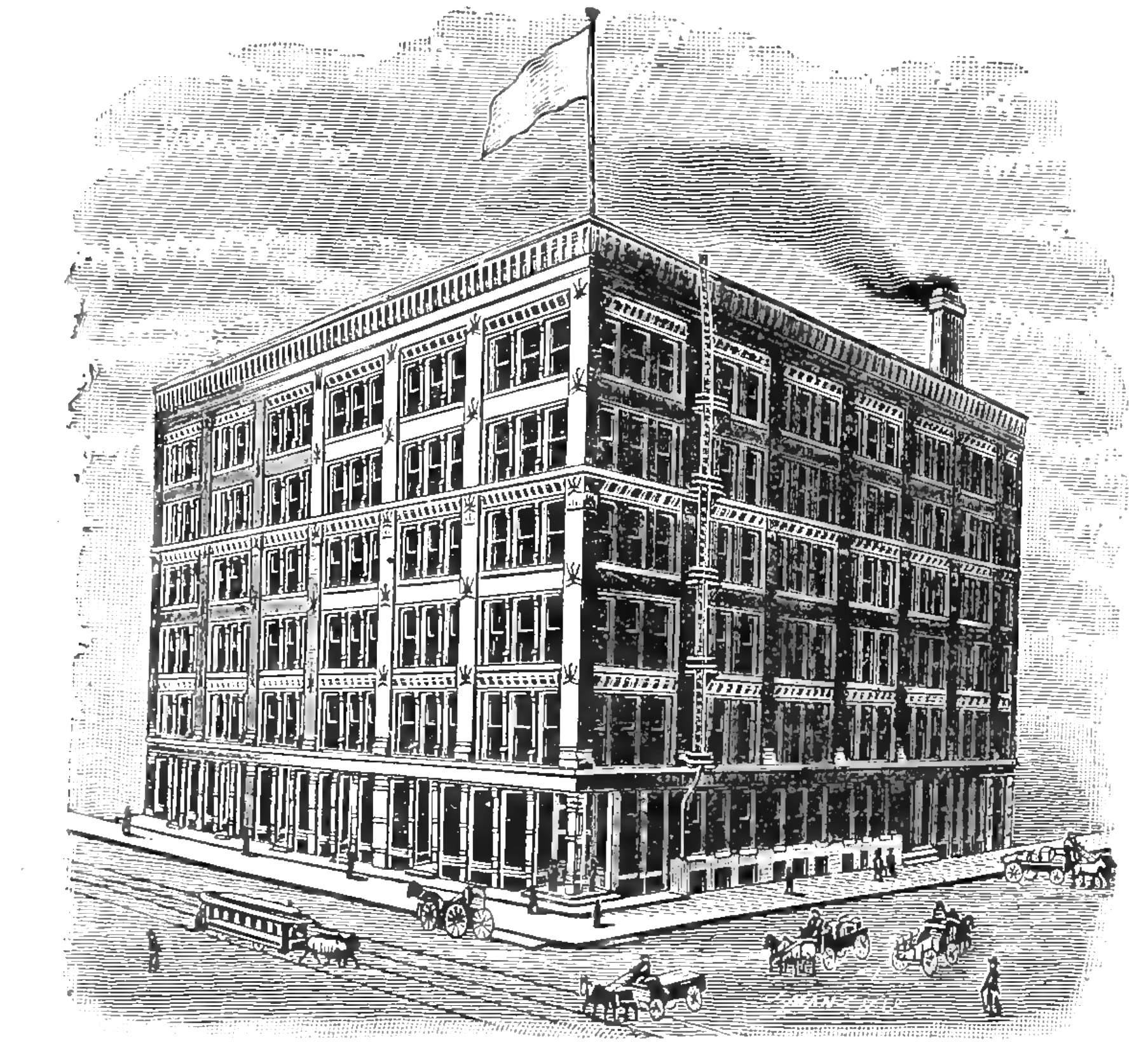 Inside the Lake/Peoria Schwinn Factory 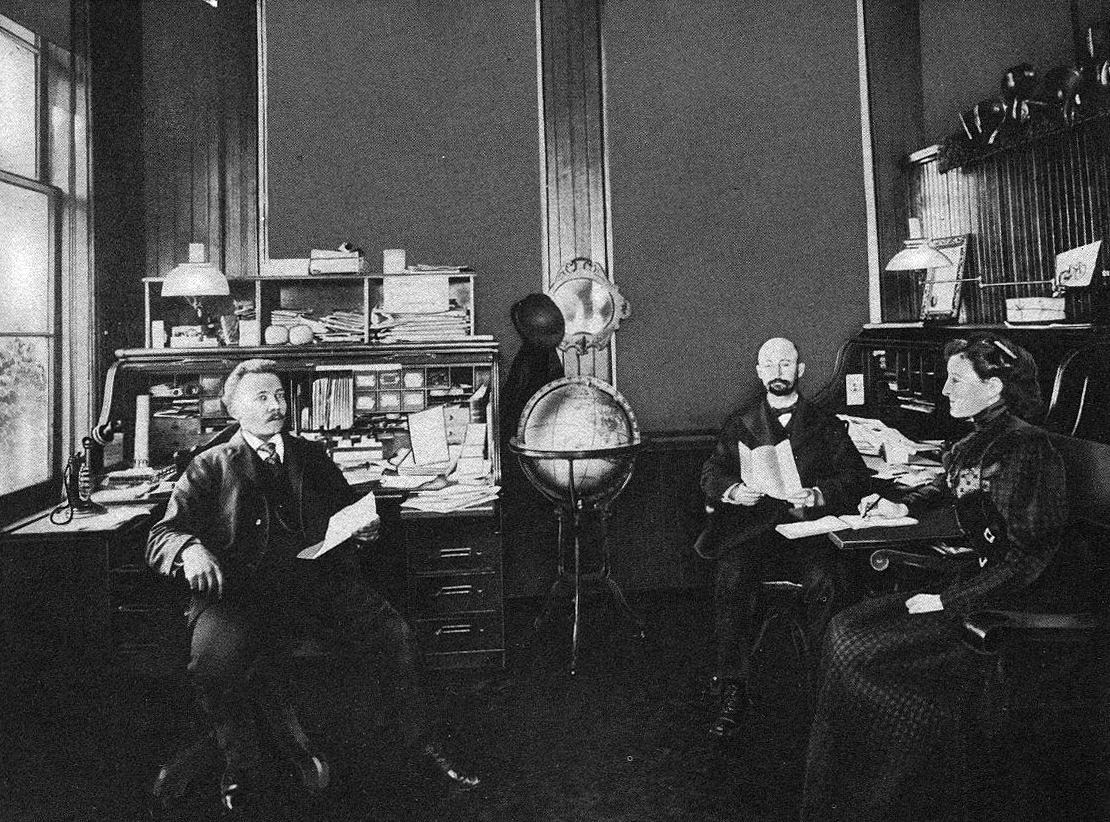 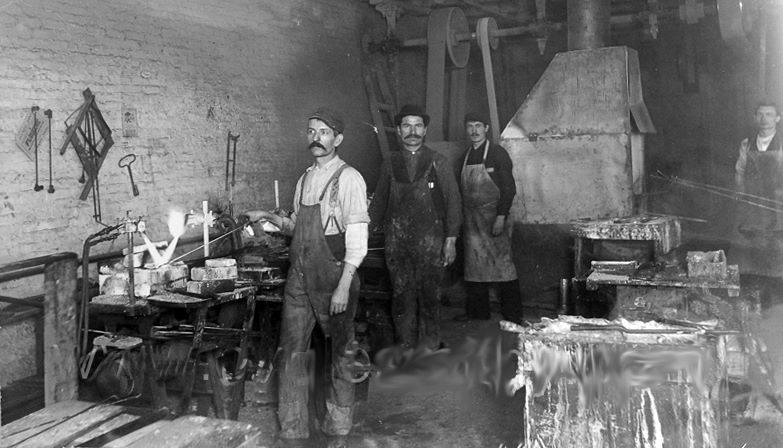 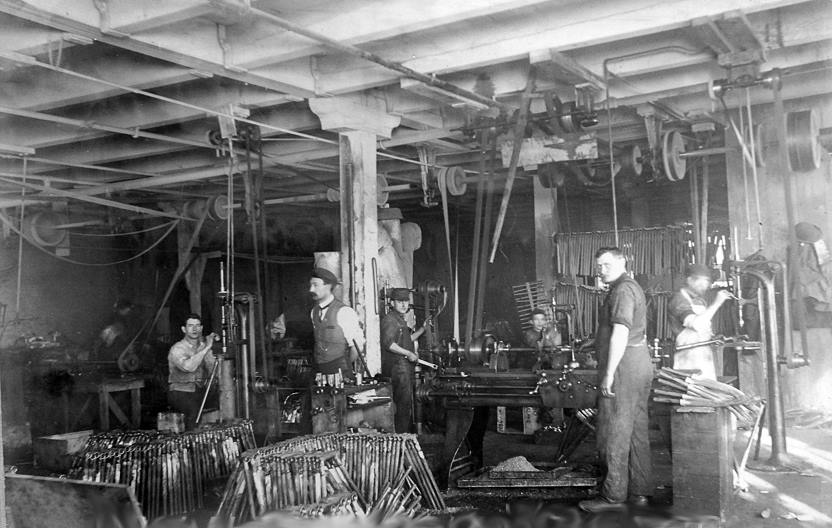 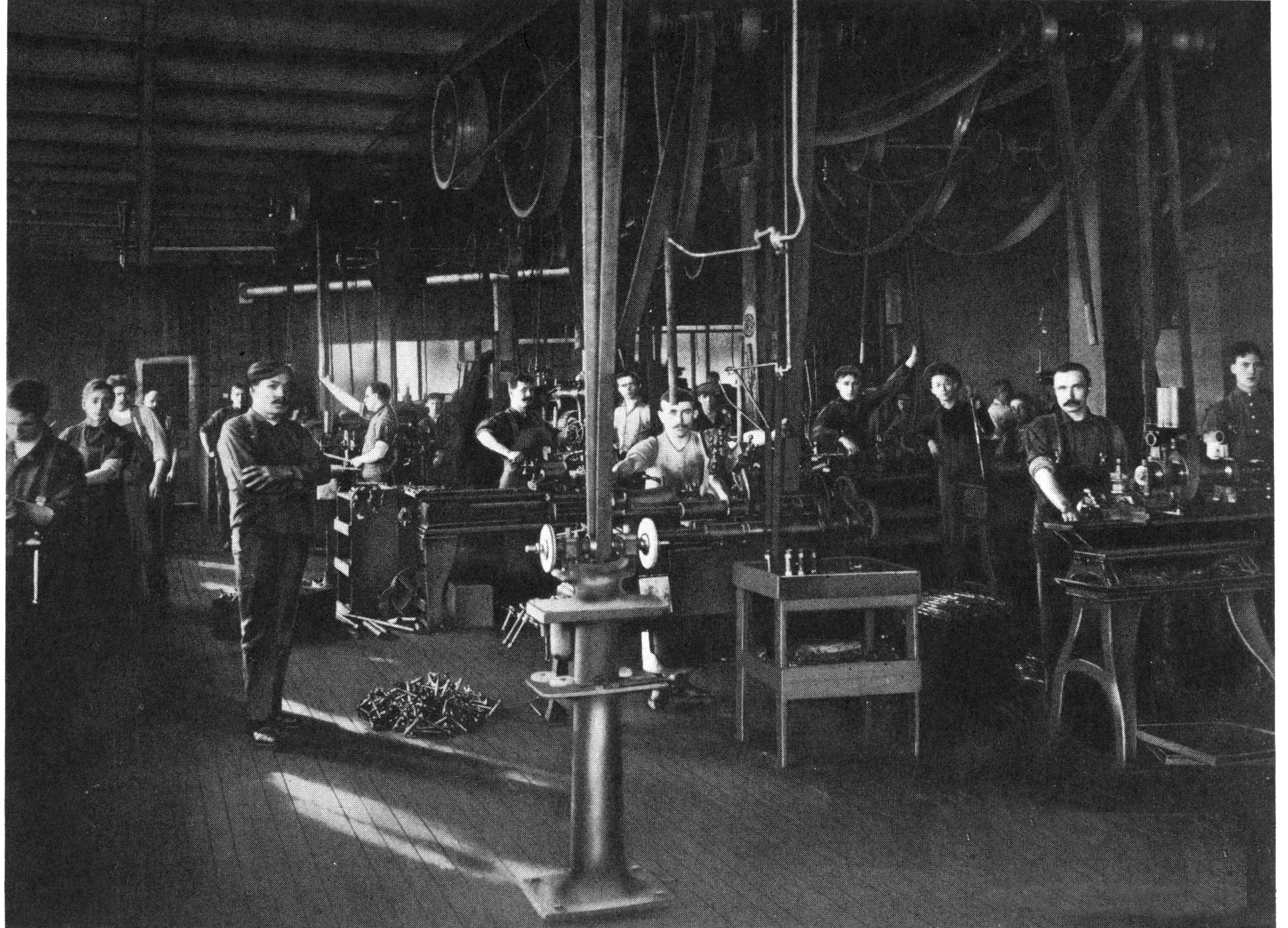 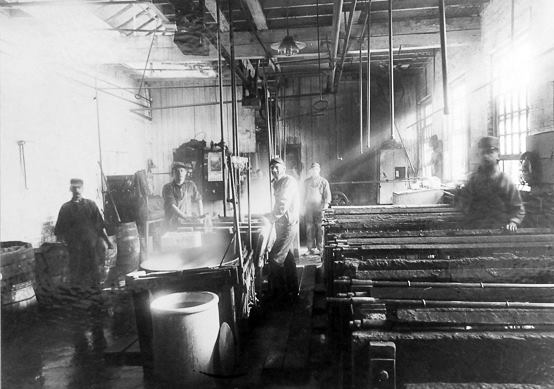 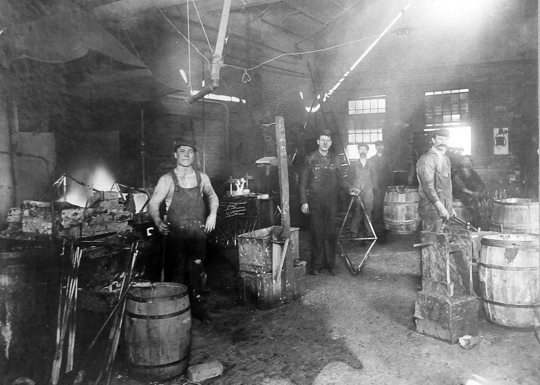 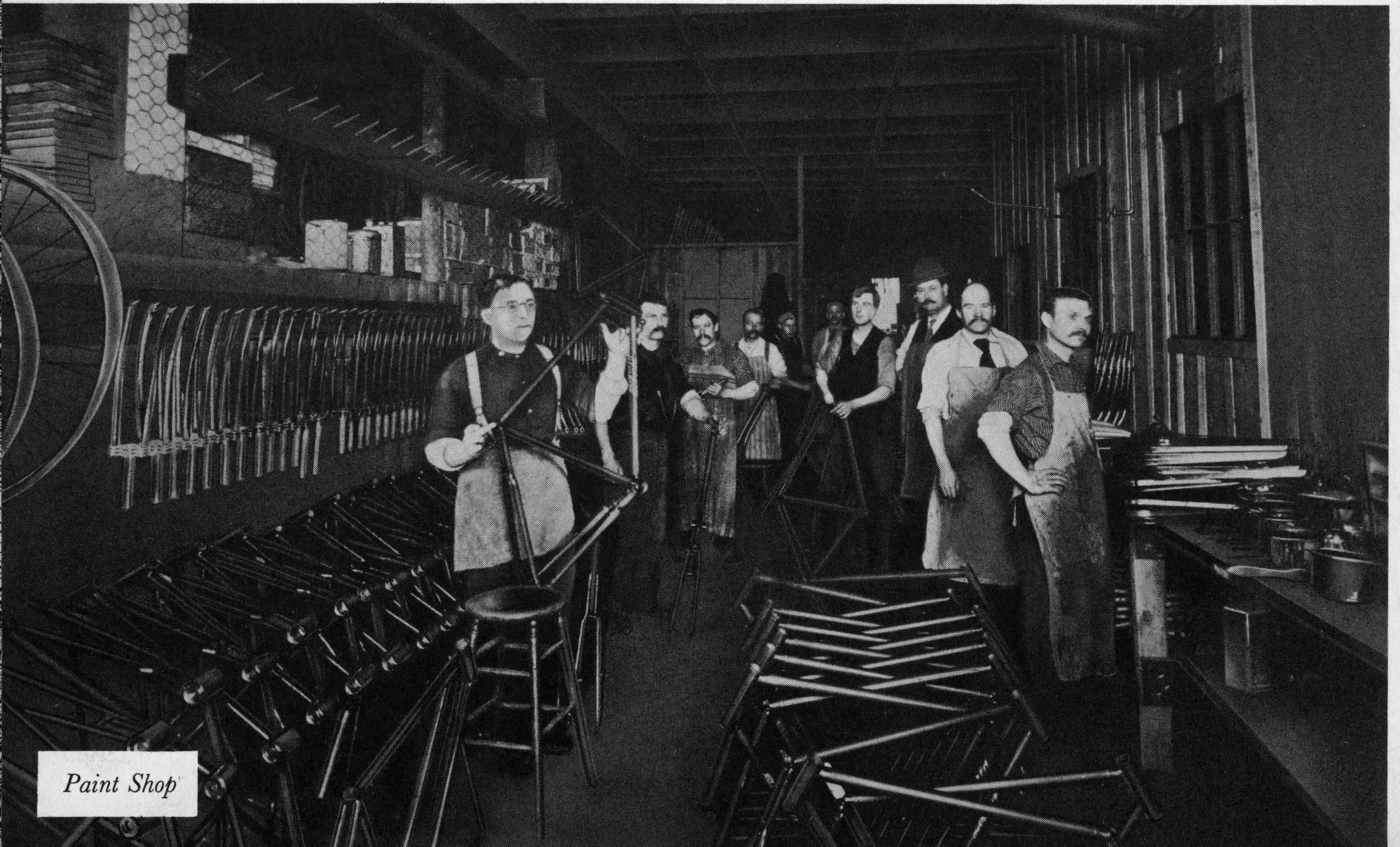 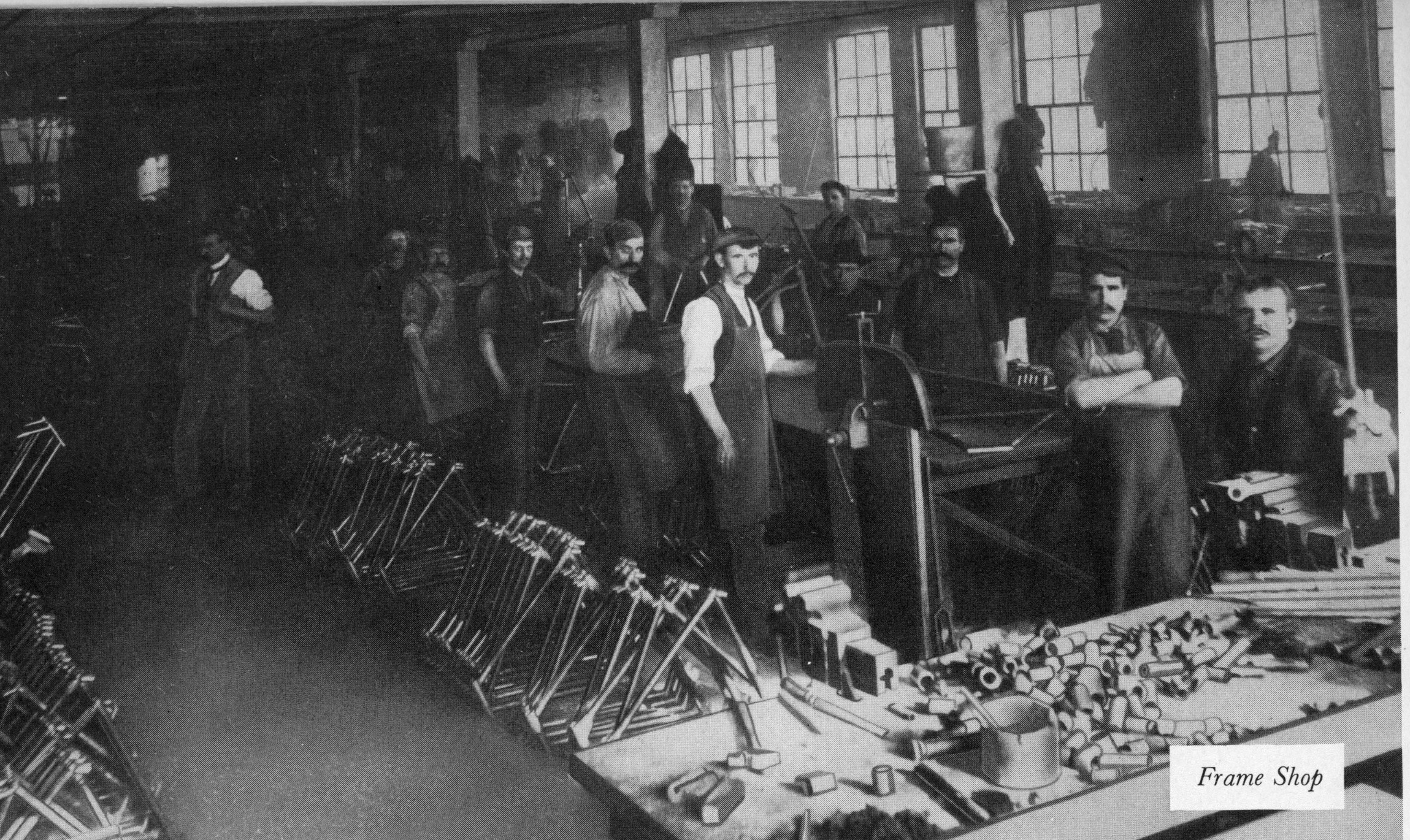 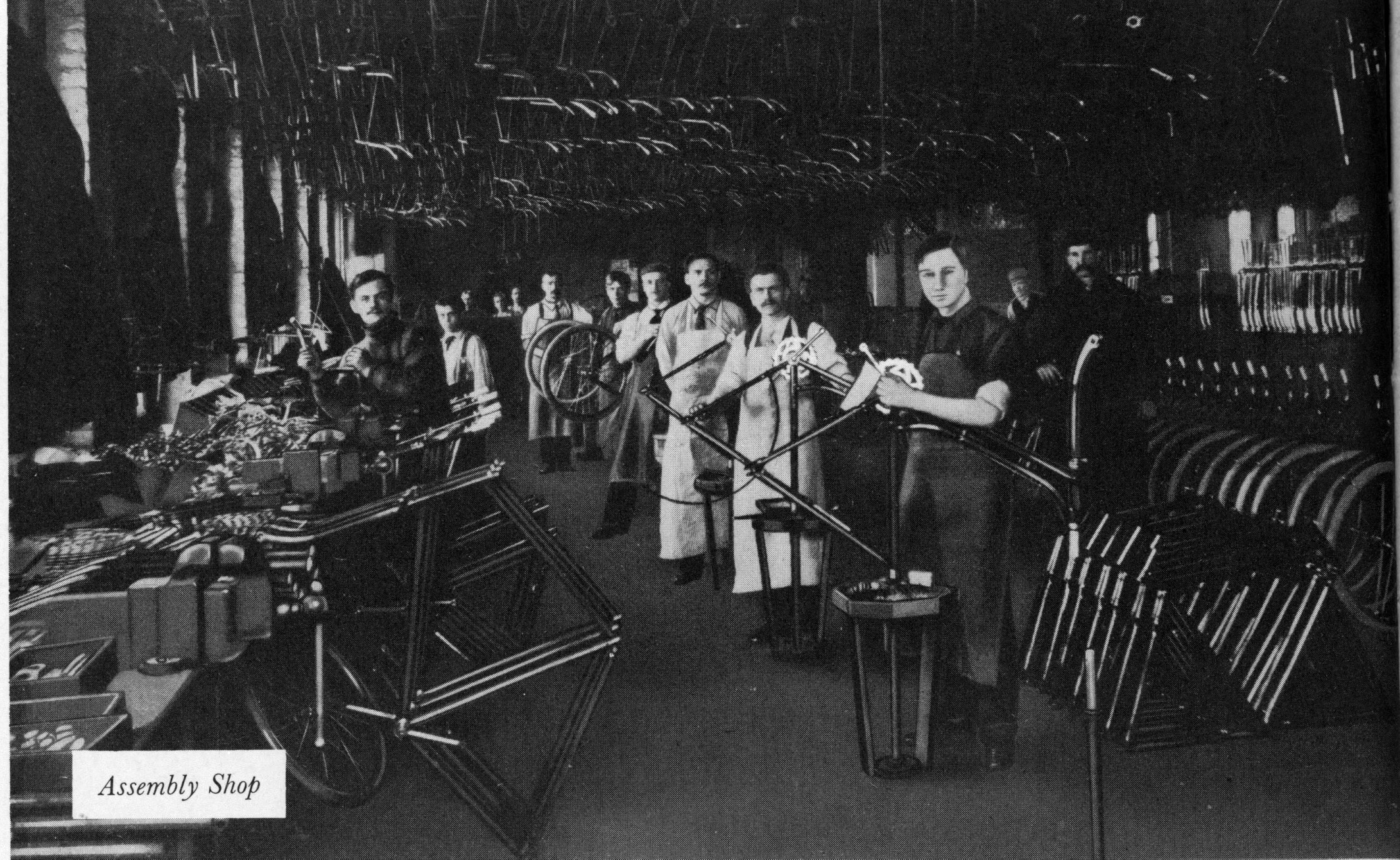 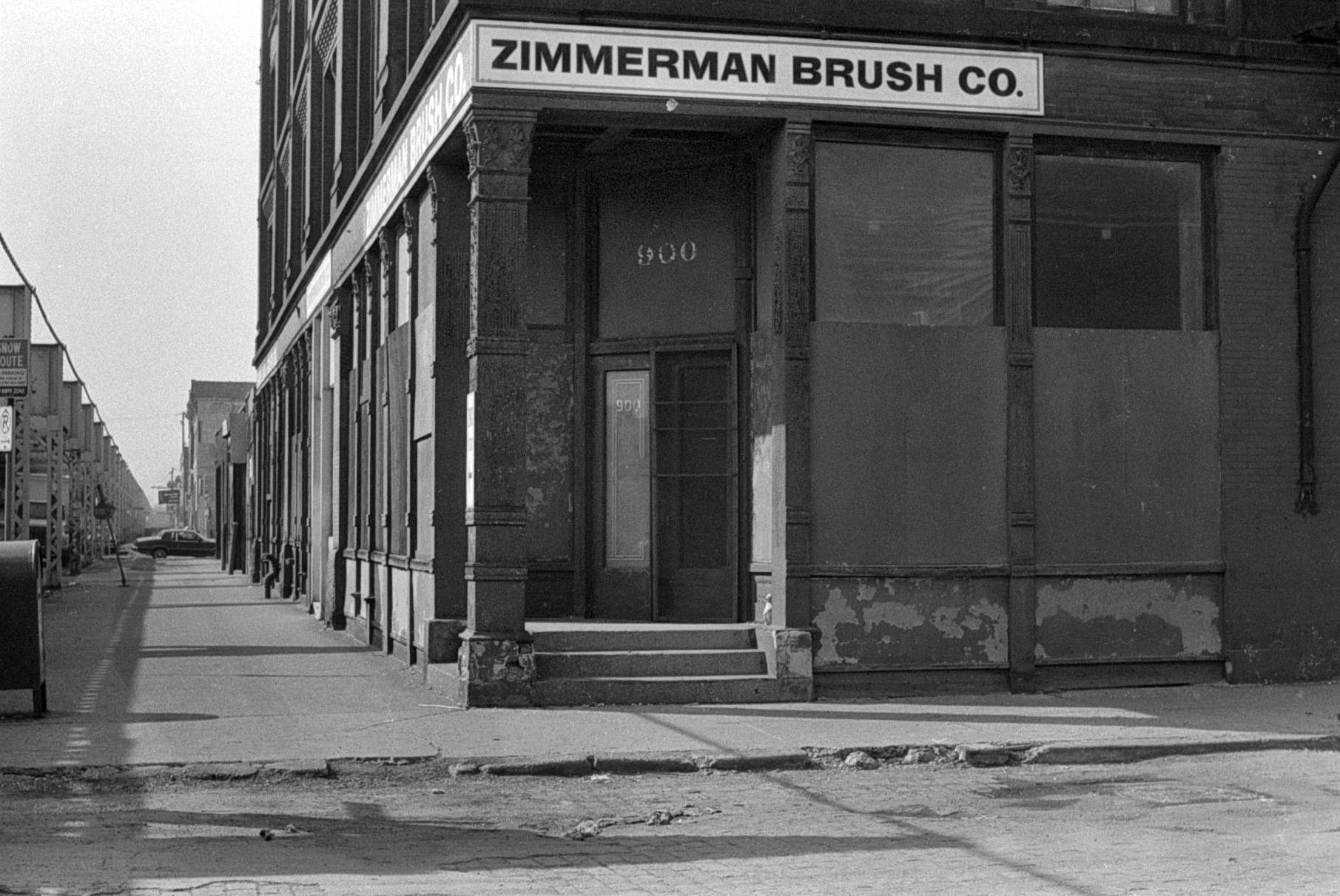 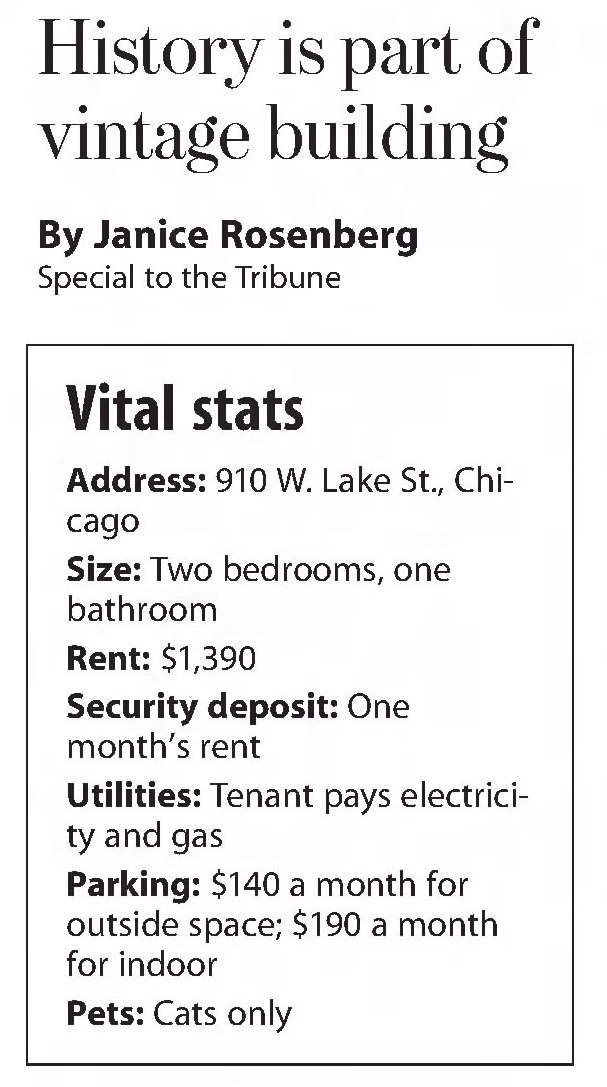 What could be more “Chicago” than a converted West Loop factory with CTA Green line trains running just outside its front door? That’s what tenants find at Lake Street Lofts, a 121-year-old building at 910 W. Lake St.

Until seven years ago the home of Zimmerman Brush, this 89-unit, six-floor building began life as part of the city’s meatpacking district. Small manufacturing buildings to the north and west reflect that commercial heritage.

On the third floor a long hallway with exposed brick walls and pipes leads to 3-S, a two-bedroom, one-bath unit with 12-foot ceilings and Berber carpeting. In the apartment, giant wooden beams and support columns, exposed heating and air conditioning ducts, exposed pipes, enormous cast-iron trusses and windows with deep sills and traditional green-painted frames add to the atmosphere.

The front door opens on a coat closet and a 10-by-10-foot bedroom immediately to the right. The bedroom has a closet and a huge window facing north. The wall dividing the room from the hallway ends 4 feet below the ceiling, giving the space an airy feeling.

This also allows light from the bedroom window to brighten the hallway from the front door to the 15-by-16-foot living/dining area. 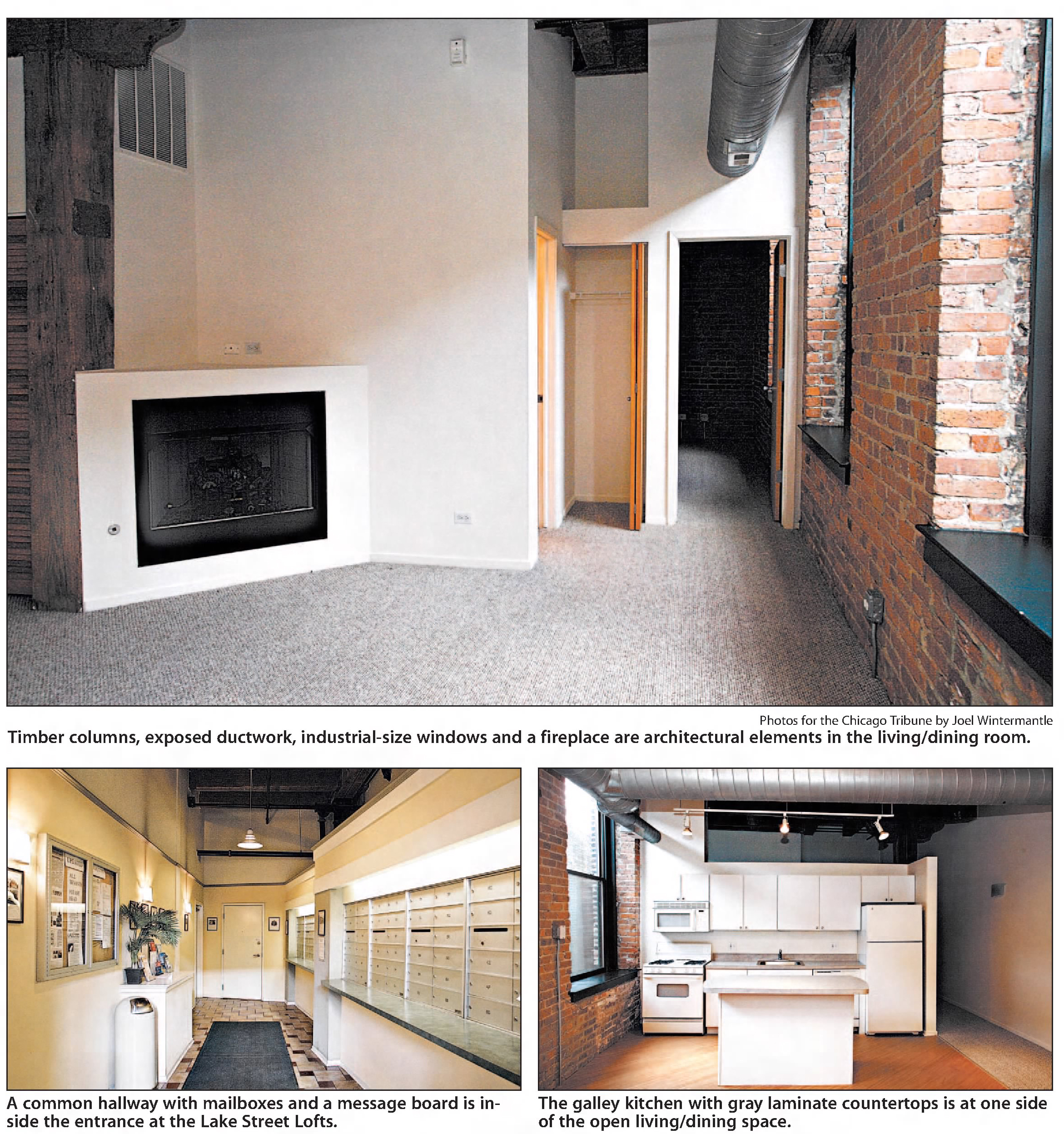 An exposed brick wall surrounds three huge windows facing north in the living/dining area. There is wiring in the ceiling for a fan or light fixture. A gas fireplace is built into one corner of the room and could be a focus for furniture arrangement. The unit’s heating/air conditioning equipment is in a closet on the far left.

At the end of the living/dining area doors open to the bathroom, a linen closet and a 11-by-13-foot bedroom. The bathroom, done in white, is unadorned. The bedroom, with one large window, exposed brick walls and a closet with two sets of double doors has plenty of room for a king-size bed plus dressers. The walls for this room reach to the ceiling.

The building has commercial space on the ground floor. Management and maintenance are on site, along with bicycle storage space and laundry facilities.

There are numerous restaurants in nearby Greektown and Randolph Street. A grocery store is at Halsted and Madison Streets and the neighborhood has several convenience stores.

Though elevated tracks run down Lake Street, the nearest CTA Green and Blue Line station is about six blocks east. There is bus service on Washington Boulevard.