The Trude Building was the home of the world famous Lord & Thomas advertising agency,

Marshall Field & Co. has acquired under long term from Alfred S. Trude the Trude building property at the southwest corner of Wabash avenue and Randolph, giving it the control by lease on in fee simple of the entire block bounded by State, Washington, Randolph streets, and Wabash avenue.

It comes as the final realization of a hope which has found expression in almost fifteen years of patient waiting and negotiations., and it has a peculiar interest for the reason that its acquirement will give to this great concern the unique distinction of being the only one to occupy an entire city block, and also the largest area occupied by any strictly retail establishment in the world.

Another interesting feature is the fact that it is the only holding in the entire block which has been acquired by Marshall Field & Co., all the other parcels having been secured by purchase or lease by the late Marshall Field and the Marshall Field estate.

Erected Fifteen Years Ago.
The Trude property fronts 104 feet on Wabash avenue and 75 feet on Randolph street and the building is a fourteen story fireproof structure of the highest type of construction. The larger part, comprising the entire frontage on Wabash avenue and fifty feet on Randolph street, was erected about fifteen years ago following the destruction by fire the old six story building occupied at one time by J. Allen & Co., wholesale grocers. A few years after the erection of the Wabash avenue building, Mr. Trude constructed a twenty-five foot addition on Randolph street following the destruction of the former building by fire.

$750,000 Building Planned.
Considering the fact that the property originally cost Mr. Trude only $248,000, it may, in view of this lease, be said to have been a particularly fortunate investment for the company. For the Wabash avenue frontage of 104 feet with 50 feet in Randolph street, which he purchased from Allen & Co. about twenty five years ago, he paid $177,000. Several years later he bought from Mrs. Stanford the 25 x 104 feet adjoining on Randolph street for $71,000.

Under the terms of the lease, Field & Co. has the right prior to Aug. 1, 1919 to replace the present building with a high grade fireproof mercantile building to cost not less than $750,000. The new building probably will be twelve stories high and will be a duplication of the building erected a few years ago by the firm to the south of Wabash avenue. It is understood that the LeMoyne property to the west will be improved at this time.

The present plans of Field & Co. in connection with the property are said to contemplate the use and occupancy of the building floor by floor, as they are able to secure possession and allow the leases of tenants with whom they are unable to reach terms to expire. 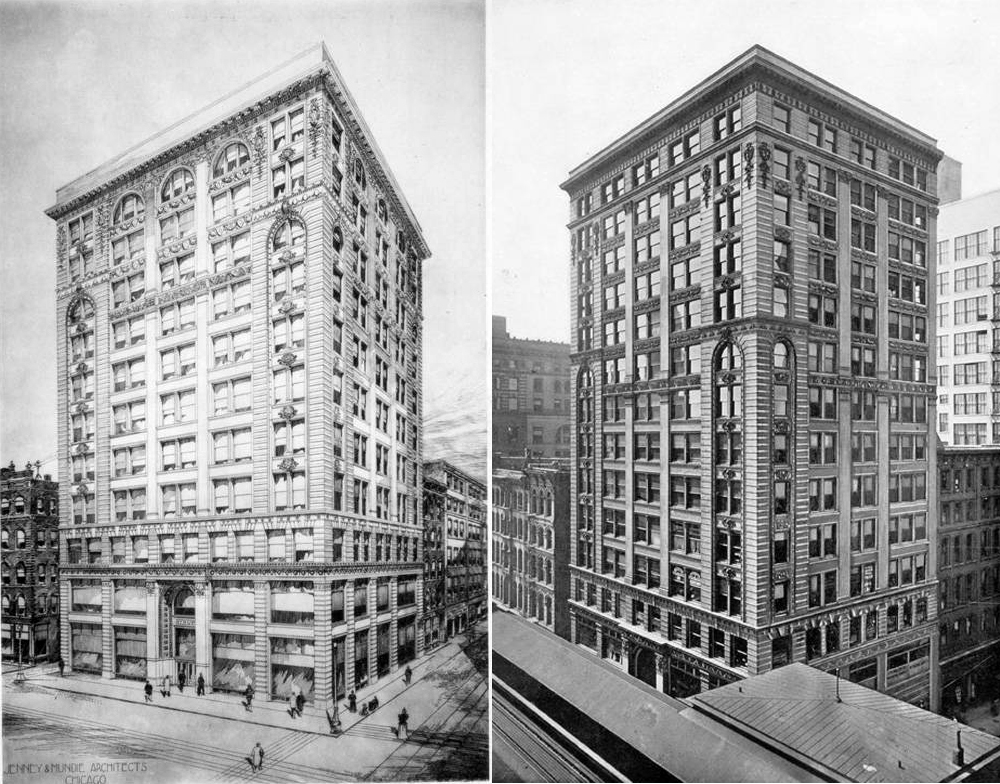 Would Have Bridge Over Alley.
The longest leases, however, have only until 1915 to run. It is said, and arrangements have been made to terminate all of them on the first two floors May 1, 1915. The last one is also said to contemplate building over the ten foot private alley to the south for the convenience both of the patrons of the store as well as to facilitate the movement of goods.

Of much interest also is the statement that another big State street retail concern has been trying to get the property by purchase. The first effort is said to have been made about two years ago when an offer of $1,500,000 was made. With the last few months the offer was made again and when the original proposition met with no favor, Mr. Trude was asked if an additional $100,000 would secure the property. Why the concern in question, which now occupies much more space than the property, sought to acquire it is difficult to understand unless possibly to embarass Field & Co.

Purchase Offers Refused.
All purchase offers were refused, however, by Mr. Trude with the statement that he would consider nothing but a long term lease of the property, and this was the basis on which terms were finally reached.

The Marshall Field & Co. store, which represents a remarkable mercantile evolution typical of Chicago’s growth into a great city, has a frontage of 384,6 feet on State street. The ground was valued by the board of review at $5,656,434 and the thirteen story building occupying the entire street at $2,424,999, or a total for the State street section of $8,081,433.

The Wabash avenue frontage is practically the same, less the ten foot alley to the south of the Trude building. The south 112 feet is improved with a nine and a half story building, while the 158 feet to the north has a thirteen story structure similar to the one on State street. The board of review valuation on these, with the improvements is $3,734,571, and with the Trude property, $4,457,201. 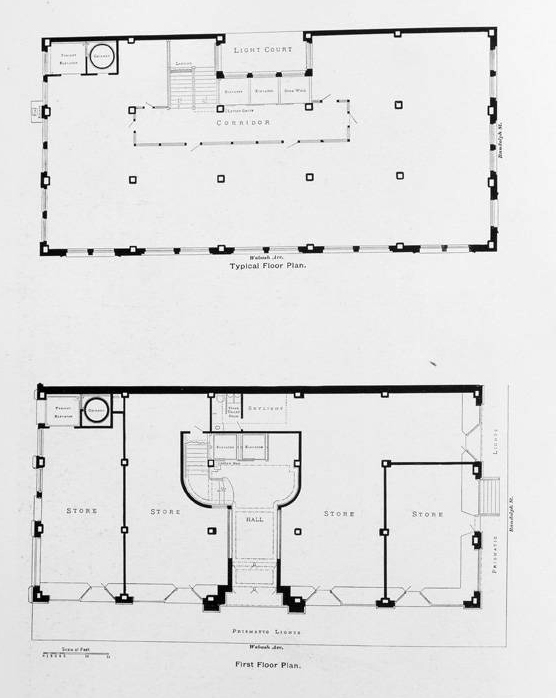 Value of Property $18,000,000.
What is known as the LeMoyne property, 75.8 feet in Randolph street at the southeast corner Holden court, with a depth of 101 feet, which belongs to the Marshall Field estate, has old six story improvements, and was valued by the board of review at $398,000. Adding this to the other properties gives a total valuation of $12,937,078, now held for the use of Field & Co.

As the board of review valuations are generally considerably below market value of the properties covered, it is thought the value of the ground and buildings within this block will easily reach a total of $15,000,000, if not $18,000,000.

Mr. Trude enjoys an annual net income of over $100,000 from his realty holdings in the central district. He receives $20,000 a year from the ground leased to the City Hall Square Theater company, $6,750 a year from property on Wabash avenue south of Congress street, both leased for ninety-nine years, and $16,000 from property at Wabash avenue and South Water street and Lake street. He also has other interests. 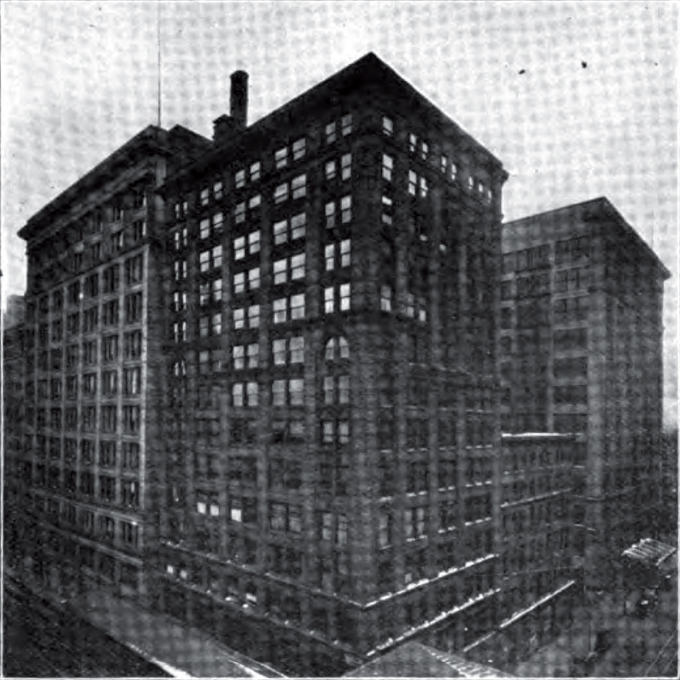