The history of the lot upon the southwest corner of State and Washington streets is remarkable in that Mr. W. E. Hale’s recent purchase is said to be the but the fourth transfer from the government, The building, which at the time of its erection in 1867 for the First National Bank Company, was conceded by press and public to be one of the finest, most substantial, and thoroughly fire-proof in the West, was built with brick walls two feet in thickness, faced with stone, and its fire-proof qualities, taking it through the great fire almost unharmed. Upon its purchase, Mr. Hale at once set about making the property valuable as a model building for wholesale and retail trade.

It is intended by the owner to add four stories to the building in the early future, and to support the additional weight the building was “screwed up,” the old columns taken out, and enlarged stone piers and iron columns and girders introduced, the entire fronts taken out and iron columns substituted. As an engineering feat, this is remarkable. Messrs. Hollingsworth & Coughlin, the oldest and it might be said the only firm in Chicago who have made a decided reputation in this class of work throughout the West, were the contractors for this part of the reconstruction. They have the reputation for being able to successfully raise and even move any building of any size in Chicago.

Two of Hale’s passenger elevators are used. Though the building is comparatively small elevator service has become so much of a necessity that elevators are now in almost all cases duplicated. The steam-heating of the building was reconstructed so as to be used with either high or low pressure by John Davis & Co. All the painting inside and outside as well as the calcimining, was done by S. S. Berry & Son, 260 Wabash avenue. The hardware used in the trimming of the building is of a superior grade. Yale locks are largely used and bronze nobs and butts. Messrs. Jones & Stebbins, hardware-dealers at 580 State street, are popular among builders because of the first-class order of the goods supplied as well as for their promptness in placing them—a work that is attested by the hardware trimmings of some of our best buildings.

These improvements have given to this noted fire relic and landmark a fitting restoration and made the building so perfectly adapted to trade purposes that it yields a large revenue for the space occupied.

Prominent among the tenants is the firm of Logue & Bard, who will occupy part of the third floor, carrying a line of jewelry and watches. Mr. J. H. Logue is a prominent dealer from Peru, Ind., and Mr. A. C. Bard has been identified with the trade in Cleveland.

Fred Blauer, manufacturer of gold and silver watch-cases, occupies large and conveniently-appointed apartments upon the third floor. In this centre for the watch-case manufacturers of Chicago all but one firm in Chicago are represented, and Mr. Blau is spoken of as a leading manufacturer in this line.

Spacious apartments have been fitted up for the practice of dentistry, and will be called the New York Dental Rooms The operating and mechanical departments will be kept wholly distinct and under the management of skilled practitioners.

Dr. T. C. Duncan will occupy offices upon the fourth floor. Dr. E. L. Smith will be associated with him, and also occupy these offices. 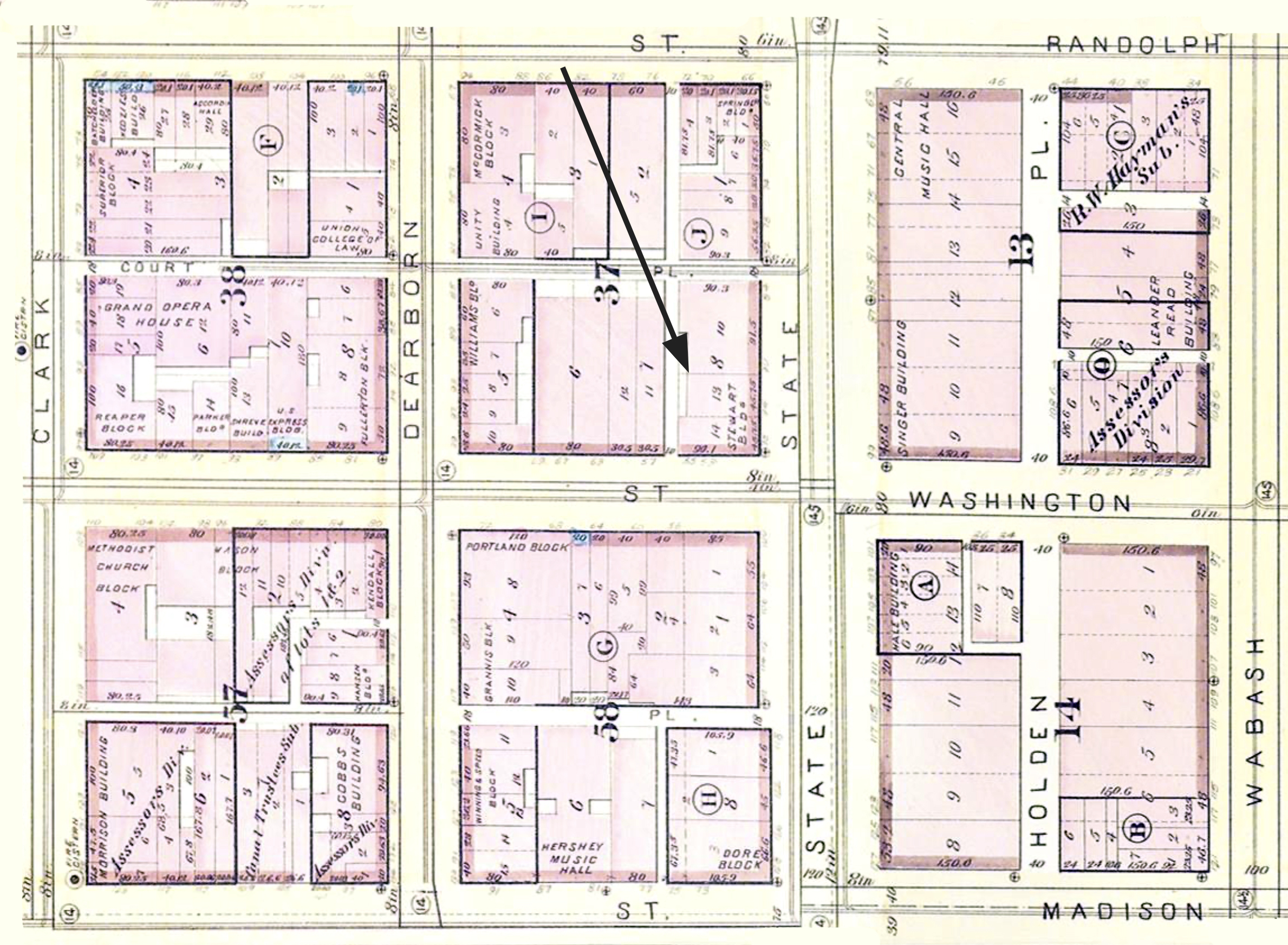