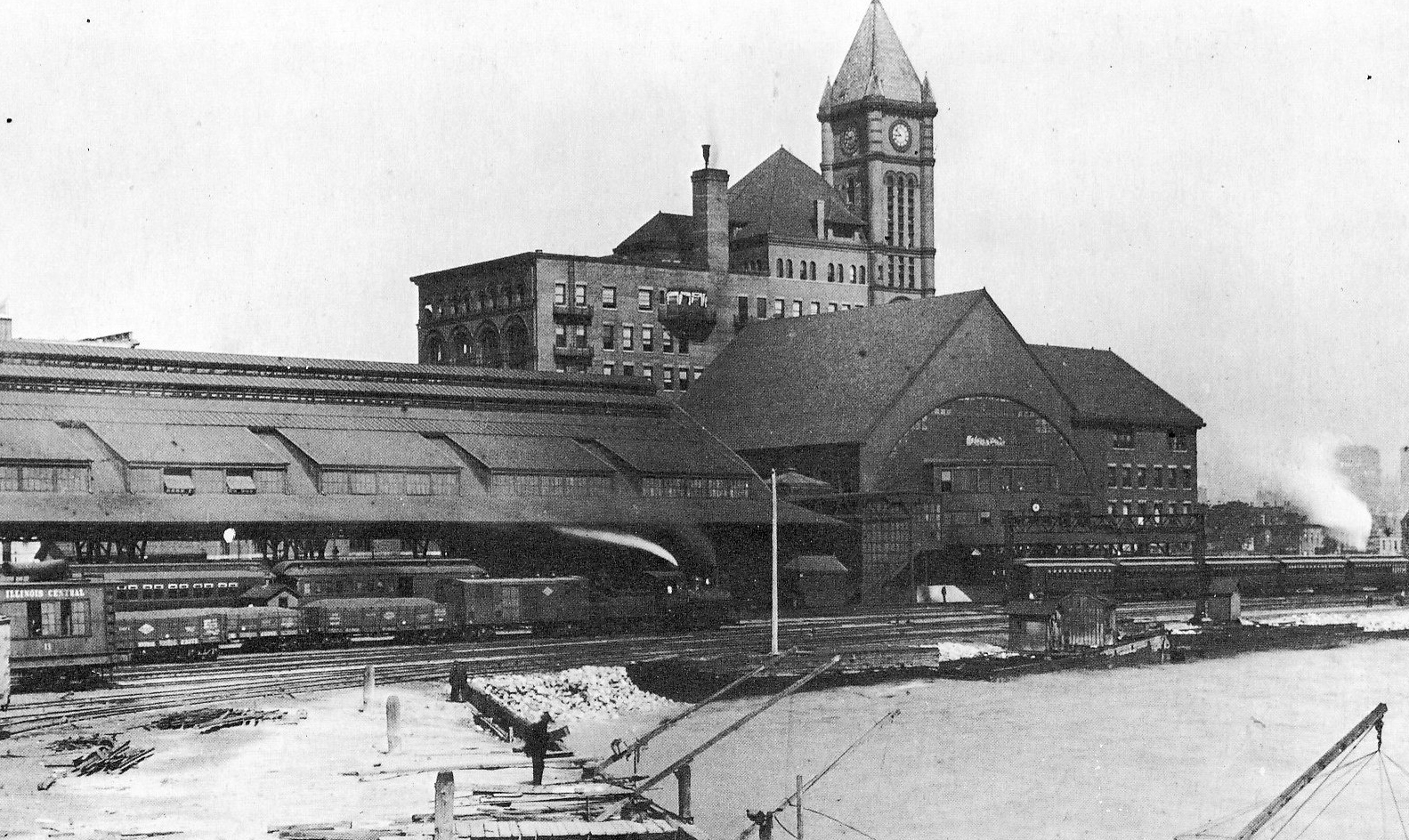 The Romanesque structure, designed by Bradford L. Gilbert and built by the Illinois Central Railroad, opened April 17, 1893 to meet the traffic demands of the World’s Columbian Exposition. The nine-story building featured a 13-story clock tower and housed the general offices of the railroad. It boasted the largest train shed in the world at the time, which measured 140 by 610 feet. 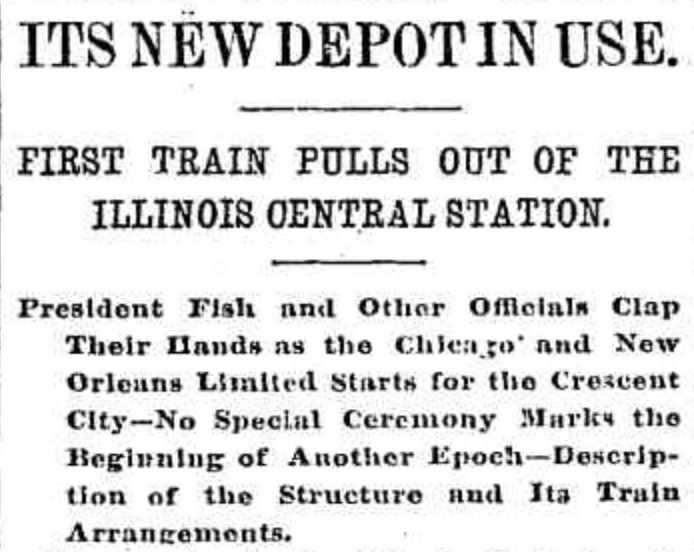 The new depot of the Illinois Central railroad company was christened yesterday. No bottle was broken over the lintel of the structure and no concourse of people was present at the ceremony. President Stuyvesant Fish and all the Vice-Presidents and other officers of the road and the general and local ticket agents were there. The Chicano and New Orleans limited, which heretofore has puffed out of the old ruin down among the lumber yards and ships, left the new shed at 2:05 p. in. for the first time. That was the event of the opening of the new depot, which faces Lake-Front Park from Twelfth street.

There was nothing noticeable about the train which made its first start from the new station yesterday. There were four coaches, the same weather-beaten ones which have made so many journeys between Chicago and the Crescent City. There were no speeches. Pres- ident Fish and his party assembled under the great shed, and as the conductor cried “A’ ‘board,” and the wheels of the engine turned, Mr. Fish clapped his gloved hands and his suite did likewise. Ex-Senator Trumbull was in the party. An American flag whipped the breeze from a pine scantling that had been run out of a front window of the new building.

Very soon after the limited hue pulled out a special followed. This was under the supervision of Second Vice-President Harrahan. who had a few friends with him. The special had no significance. It was a business affair and bad no special connection with the opening of the new station, 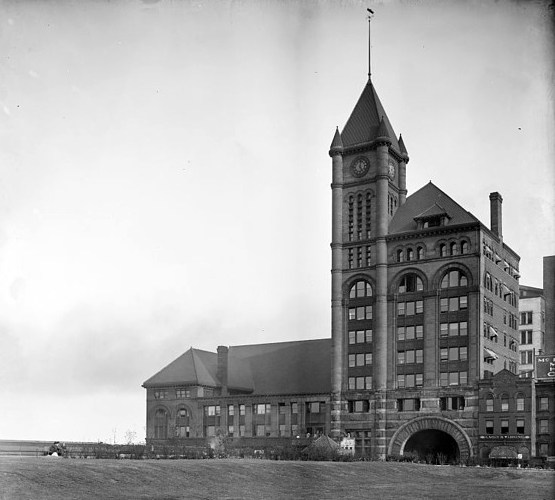 Grown Up by Magic.
This new station his gone up under a touch of magic. It was a long time coming. The Illinois Central has received broadsides galore from the public on account of the ruin it has used for a depot, but the company s new structure will give no room for complaint. It is the handsomest and most complete railway station, or will be when completed, in the country. Its location is superb. It overlooks the lake. The scene from the spot is a real marine such as or incoming passengers seldom behold. The ticket offices of the Illinois Central and Michigan Central, which shares the depot, ire on the first floor, and connected with a smoking-room, back of which is a passageway to the shed, and the baggage-room and its annex. The entrance to the tracks from the ticket offices is through a subway, electrically lighted and paved with concrete.

From the smoking-room a marble stairway fifty-five feet in width leads to the main sitting-room, 200 feet square. It is being finished in Tennessee marble, mosaic tile flooring, and a ceiling of carved wood. Bay windows in this great room overlook the lake. “It is the largest waiting-room in the business,” is the way tin official of the company put it. A balcony extends the width of the building on the south, and three great iron stairways lead from this balcony to the shed, which is 660 feet long and under which 1,000 feet of train can be stored.

Getting On and Off Trains.
There are three subway exits from the shed. The tracks on the east side of the shed are for receiving purposes; those on the west side for outgoing trains. Passengers for outgoing trains will the same without coming in contact with the subway exits from the receiving tracks. and those who arrive will go into the station without coining in contact with the exits for the outgoing trains. The arrangements are also such as will prevent that class of travelers who like to take risks from getting on the tracks.

From this time until further notice all through trains of the Illinois Central road will start from and enter this station. Suburban trains will stop at it coming and going. The Michigan Central road will very soon use it for its trains, but the time has not been definitely agreed upon. But it is a station now for al! practical purposes and one that will repay looking into. In every respect it will be modern and complete. 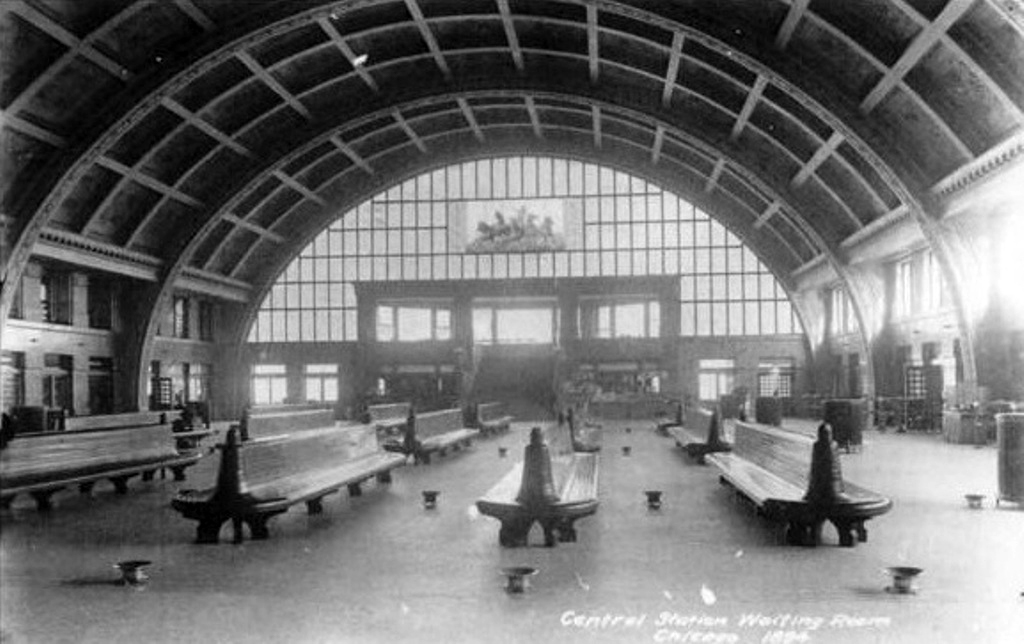 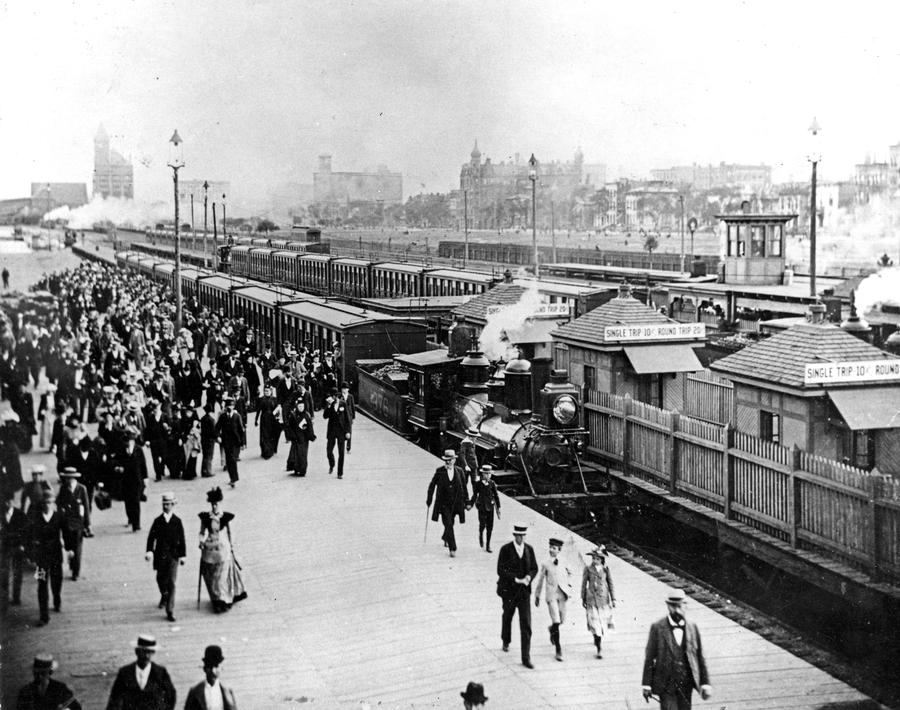 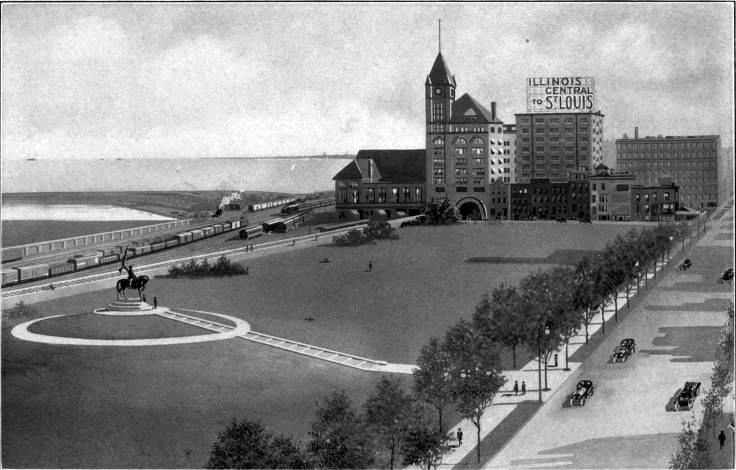 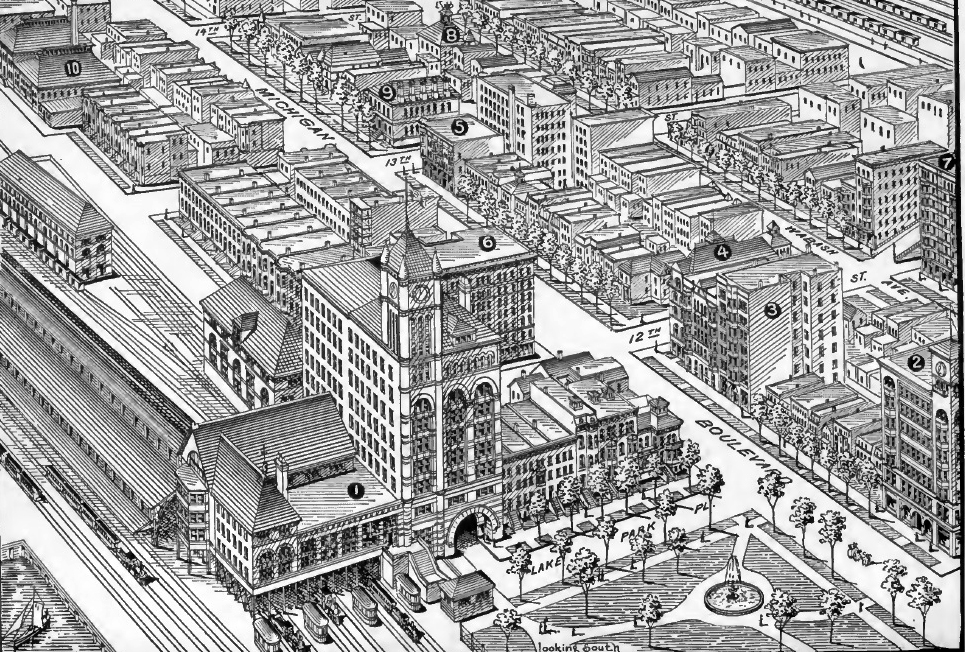 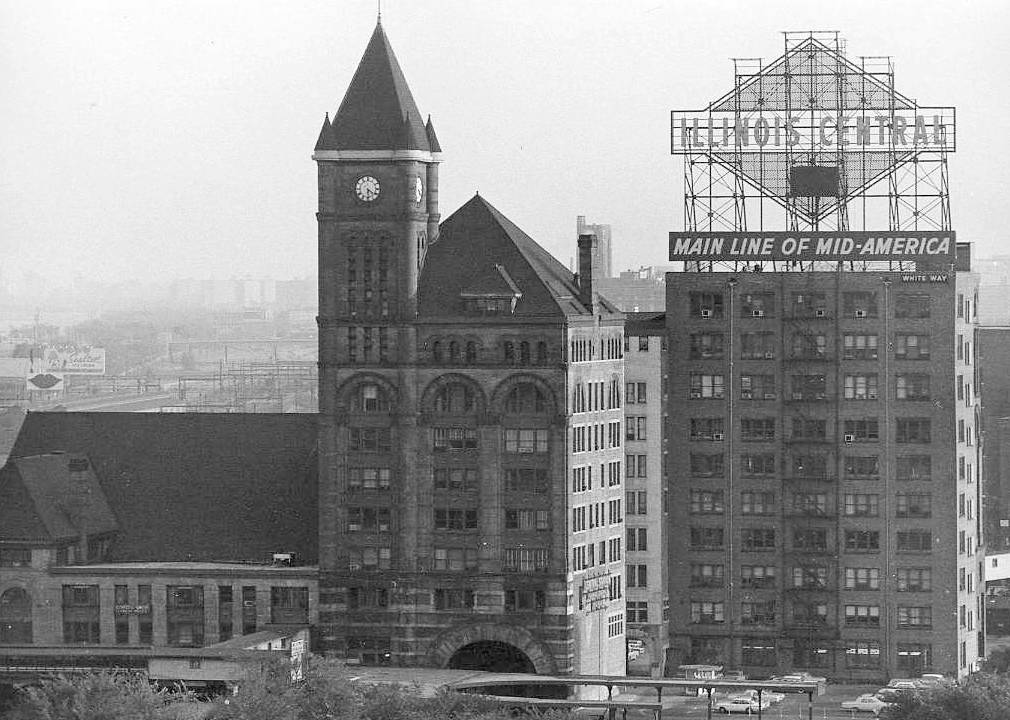