Western Bank Note and Engraving Company.—New building southwest corner of Michigan ave. and Madison st. President, C. C. Cheney; treasurer, C.A.Chapman; secretary, Charles Heineman. One of the most prosperous institutions of the city. Does an immense business in high-class engraving, banknote printing and lithography. The new building of this company occupies one of the most desirable locations in the commercial center, and is a magnificent structure in proportions and finish. It is eight stories high and has a frontage of 109 feet on Michigan ave., with a depth of 80 feet, exclusive of a private alley-way for the necessities of the company’s traffic, on Madison st. The materials used are Lake Superior brown sandstone for the lower story, and for the others dark pressed brick, with terra cotta facings. The entrance is in the center, of carved sandstone, square in form and somewhat massive, and on each side are two large stores. From the entrance one passes in to a broad hall, well lighted and of considerable extent. There are here two passenger elevators, one on each side. Beyond is a broad, easy staiiway, and on each side of this are freight elevators for the exclusive use of the Bank Note Company. Beyond the stairway again are some small rooms having access with the alley for the company’s use, and another freight elevator in connection with a wagon room. The hall, as far as the stairway, is paneled with marble of various colors. The second, third and fourth floors are arranged for offices and are fitted up with hard wood finishing, staam-heating and electric-lighting. The fifth, sixth, seventh and eighth floors are reserved by the Bank Note Company for its own use. There are on each floor two monstrous chambers, supported in the center by steel columns. These the company has fitted up according to its own needs. The external appearance of the structure is that of a square block, the proportions being very nearly those of a Roman triumphal arch. It has a somewhat severe aspect below, but from the third story there is considerable attention to the artistic. The windows are arranged in five masses of three for the third, fourth, fifth and sixth floors, and in five masses of four for the seventh and eighth. For the former the window masses of all the four floors are framed together by a terra cotta decoration of classic character. The two upper stories have a different arrangement, the upper one being an arcade, having a connecting series of arching caps to the windows. The lower one has square castings of ornate style. The cornice is in terra cotta and has panelings and bosses. It is of impressive nature and somew^hat heavy, but makes a good sky line. The two lower stories are fifteen feet in height. The Western Bank Note and Engraving Company started out modestly in this city only a few years ago. It promises to rival theg reatest concern of the kind in the country within a very short time. 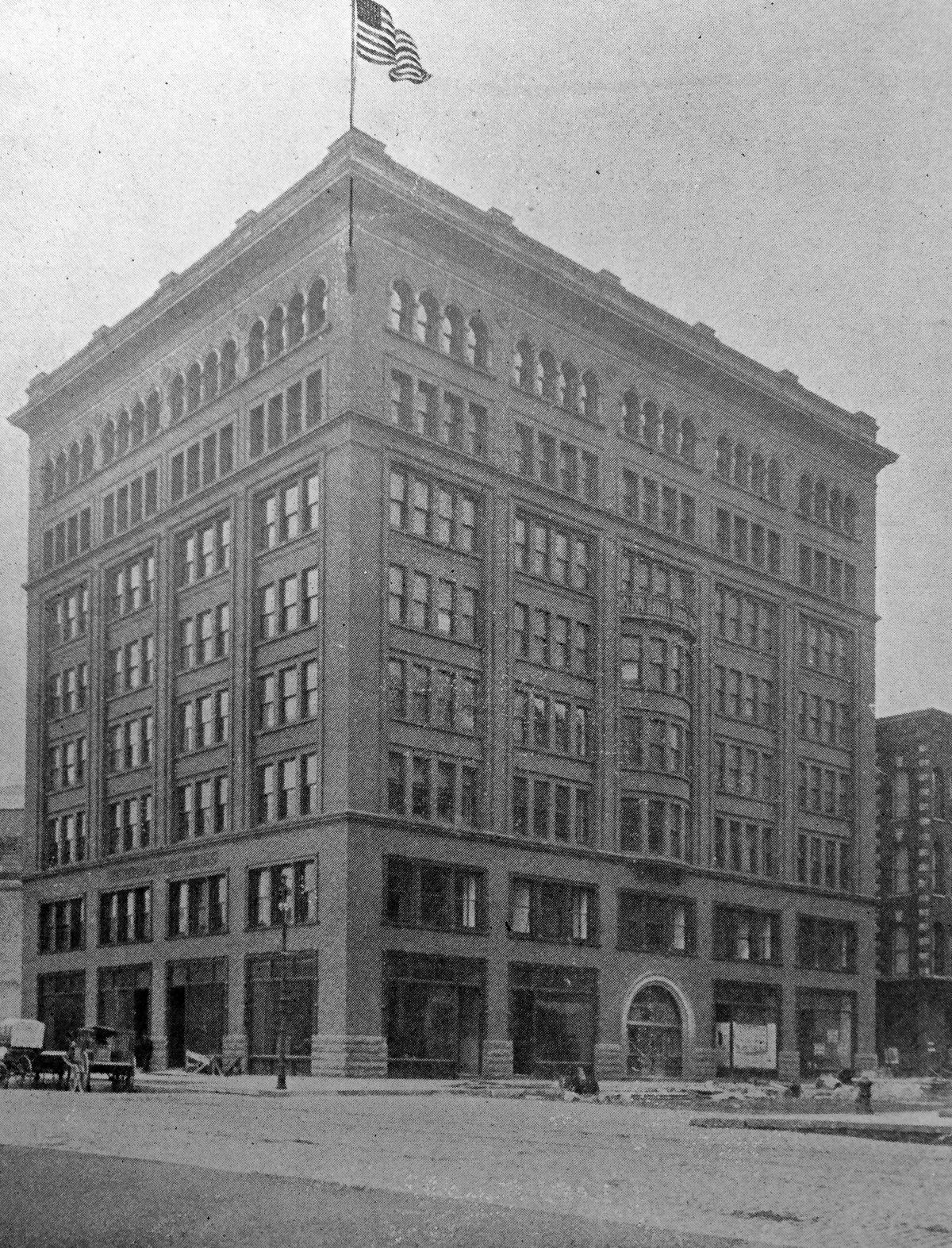 Western Bank Note Co. was organized in 1864. It occupies the large fire-proof eight-story building, erected and owned by the company, corner of Michigan Avenue and Madison Street. Its business is steel plate and lithographic engraving, and printing of bonds, bank notes, stock certificates, bank and commercial stationery. This company does the largest business in this line of any house in this country. The plant is complete and the machinery is of the most approved pattern. Two hundred skilled workmen are employed, and the goods manufactured are shipped to all portions of the civilized world. The company has a large capital, and its sales amount to hundreds of thousands of dollars annually. The individual members of the firm—C. C. Cheney, President; C. A. Chapman, Vice-President; W. S. Gould, Treasurer; and C. Heineman, Secretary—give their attention to the management of this immense institution, and fully merit the large trade they have secured and the confidence gives them. Their work is always promptly attended to and in accordance with the order given. Their trade mark is to be seen on the stationery of the largest banking houses of the world. The firm has a branch house at St. Louis, Mo., where all branches of the business are attended to the same as at Chicago. 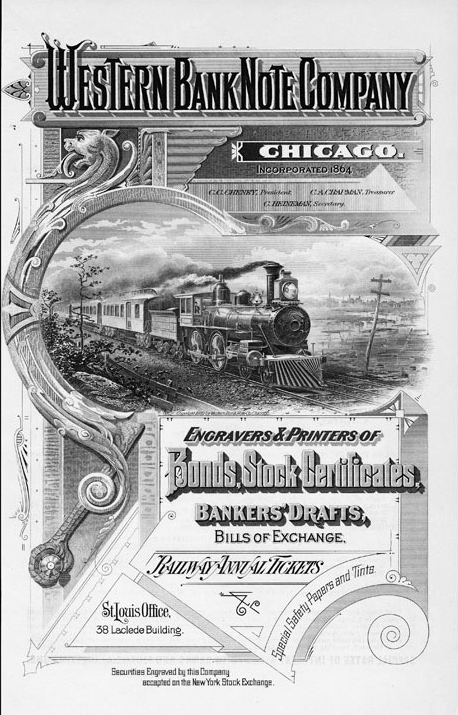 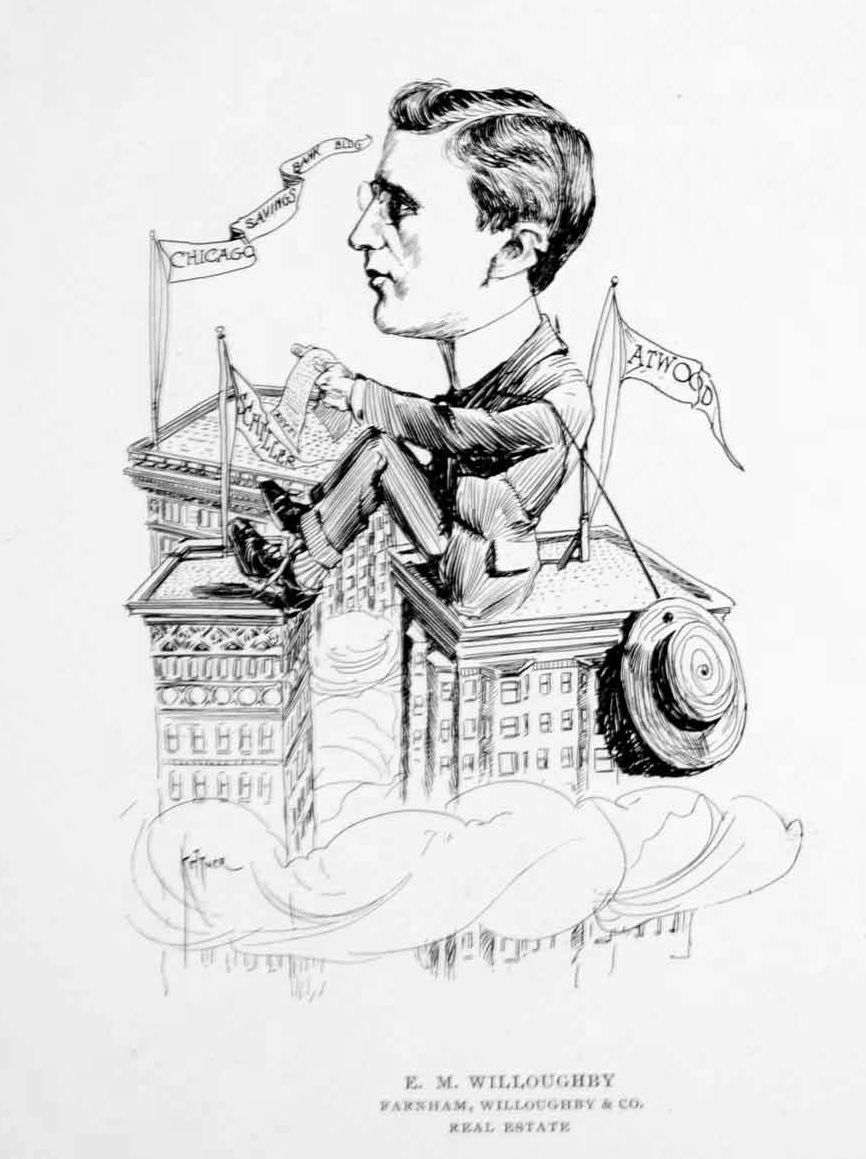 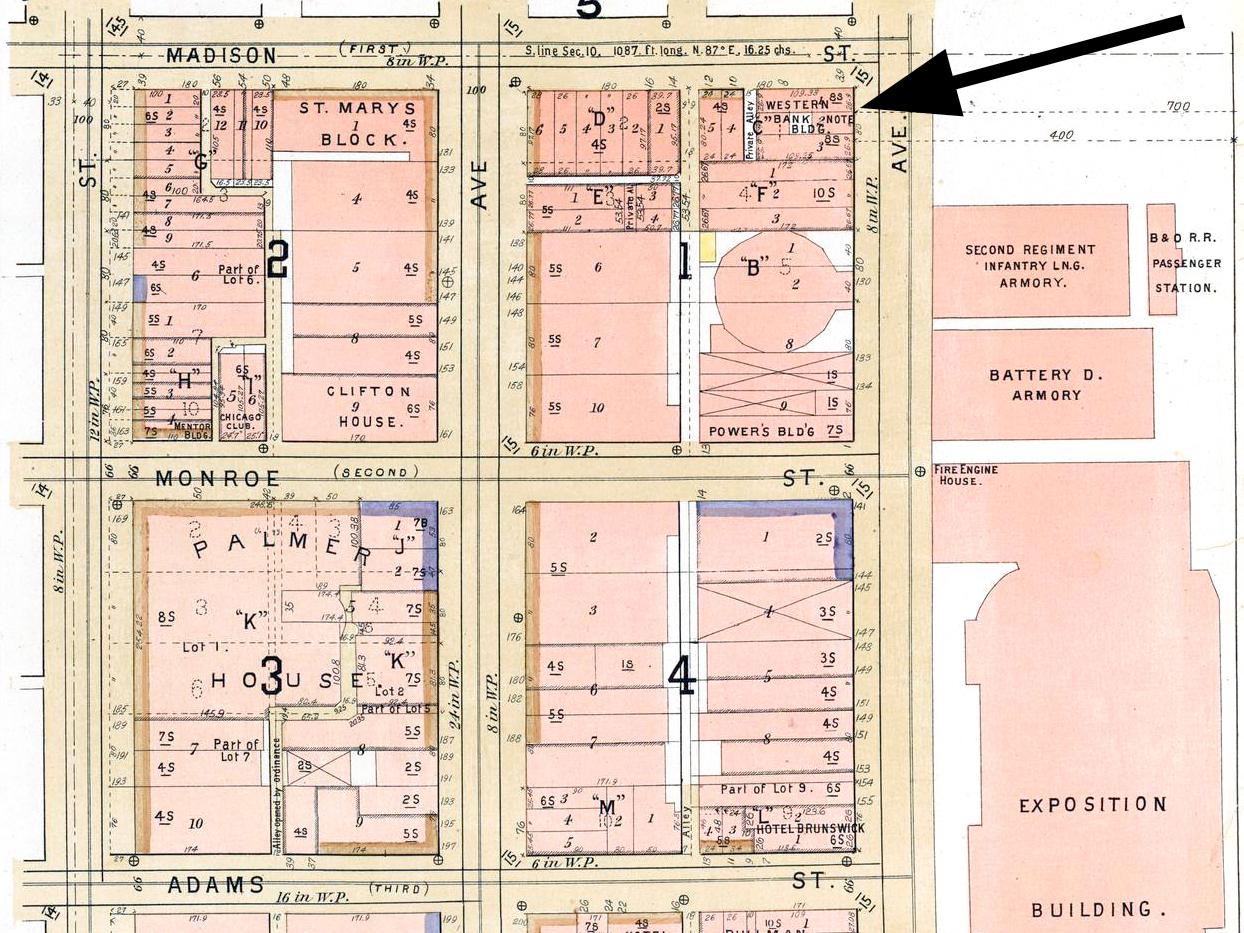 Record has been made of the assignment of the leasehold and the sale of the building at the southwest corner of Michigan avenue and Madison street by the Western Banknote and Engraving company to Charles L. Willoughby of Plymouth, Mass., for $250,000. The ground measures 80×120 feet, and the building is a fine eight story office structure, the entire property being valued by the board of review at $492,850. The lease runs from the Boston Ground Rent trustees to the banknote company for ninety-nine years from Dec. 1, 1889, at an annual ground rent of $10,000. 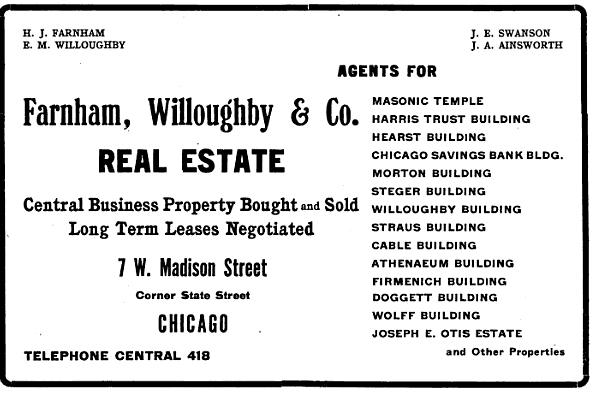