Commercial real estate in Chicago, Illinois boomed in the late 1870s due to the recovery from the Great Chicago Fire in 1871 and the Depression of 1873–79. In 1880, William Ellery Hale purchased a small lot in the Loop community area containing the four-story First National Bank Building, one of the few offices in downtown Chicago to partially survive the Great Fire. Hale was the founder of the Hale Elevator Company, 163 State, an early producer of hydraulic elevators necessary in skyscraper design. Hales Duplex Water Elevator, a new elevator, the motive power for which is obtained, first from the weight of a column of water and second from the normal pressure of the atmosphere. These forces are applied to raise the carriage through the medium of a piston travelling in a vertical tube, and in connection with suitable hoisting apparatus.

Hale envisioned a new tower on the site, but first needed to raze the existing structure. However, its tenants did not want to terminate their leases. Instead, Hale lifted the second, third, and fourth floors on jackscrews and demolished the first. A new basement and ground floor, designed by John Wellborn Root of the Burnham & Root firm, were constructed in 1890.

The plan for the Reliance Building was consistent with the growing concept of the Chicago school of architecture, which emphasized the importance of form following function. Root died of pneumonia on January 15, 1891, before the completion of his portion of the Reliance Building; his intended design for the rest of the building has never been found. Carson Pirie Scott & Co. was the first tenant of the Reliance Building, opening a dry goods store on the first floor once it was completed. The retail operation would remain in that location until 1904 when it moved just down State Street to the 1899 building that Louis Sullivan designed for Schlesinger & Mayer. 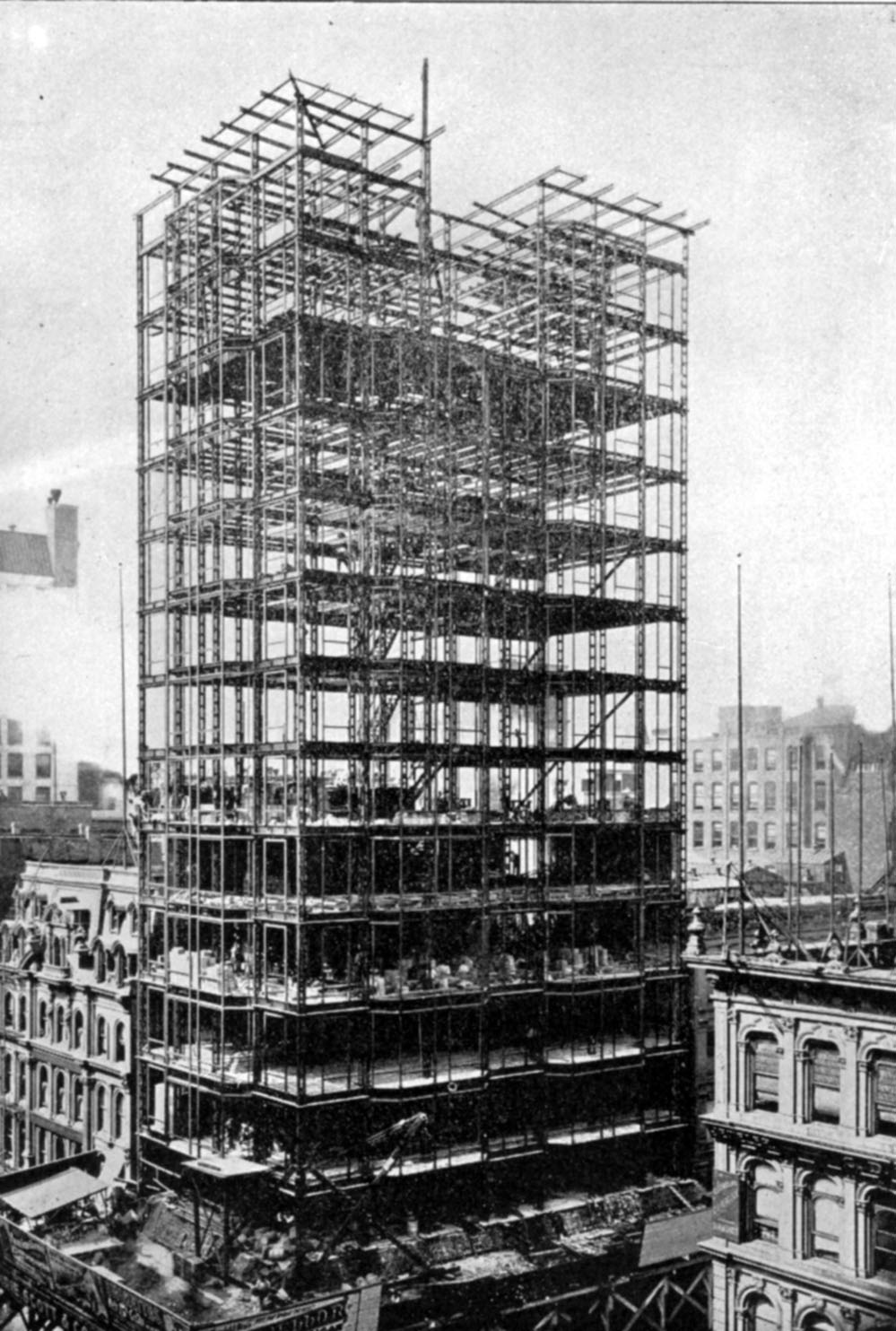 Daniel Burnham recruited Boston architect Charles B. Atwood to complete the building with E. C. Shankland as lead engineer. After raising the original building’s remaining three floors Atwood used white glazed architectural terra-cotta cladding, a feature that would later become strongly associated with him following his works for the World’s Columbian Exposition in 1893. At the time, it was believed that the recently developed enameled terra-cotta would never need to be cleaned because its smooth surface would allow any dirt to wash away in the rain. The steel framing on the top ten floors was completed over fifteen days, from July 16 to August 1, 1895. The Reliance Building, so named for its functionality, opened in March 1895. It was one of the first skyscrapers to offer electricity and phone service in all of its offices. In its first few decades, it provided office space for merchants and health professionals, including Al Capone’s dentist.

The building struggled during the Great Depression, and slowly declined. In October 1948, Karoll’s Men’s Shop opened a store on the lower two floors, with a modern façade that obliterated the original storefront. However, the upper floors remained hard to fill. On October 15, 1970, the Reliance Building was listed on the National Register of Historic Places by the National Park Service. On January 7, 1976, it was recognized as a National Historic Landmark. The building continued to fall into disrepair, as the small size of its retail spaces were not appealing to business interests in the late 20th century. The city of Chicago made a commitment to revitalize the structure, but City Hall could not agree on a plan. The debate became particularly polarized after the 1989 demolition of the nearby McCarthy Building, which angered preservationists but satisfied business interests by providing space for a modern office building. Finally, in 1994, the McClier corporation collaborated with the Baldwin Development Company to restore the Reliance Building; these two groups had recently worked together to rehabilitate the Rookery Building. The City of Chicago purchased the property at this time for $1.3 million ($2 million in 2011 dollars). The Reliance Building’s rehabilitation was completed in 1999 at a cost of $27.5 million ($36.7 million in 2011 dollars) as the former retail space was converted into a luxury hotel. Canal Street Partners, LLC bought the revitalized space and created the Hotel Burnham. The preservation of this building was championed by the Landmarks Preservation Council of Illinois.[15] Chicago Mayor Richard M. Daley was presented with a National Trust for Historic Preservation Honor Award in 2001 for the role of the city in preserving the structure.