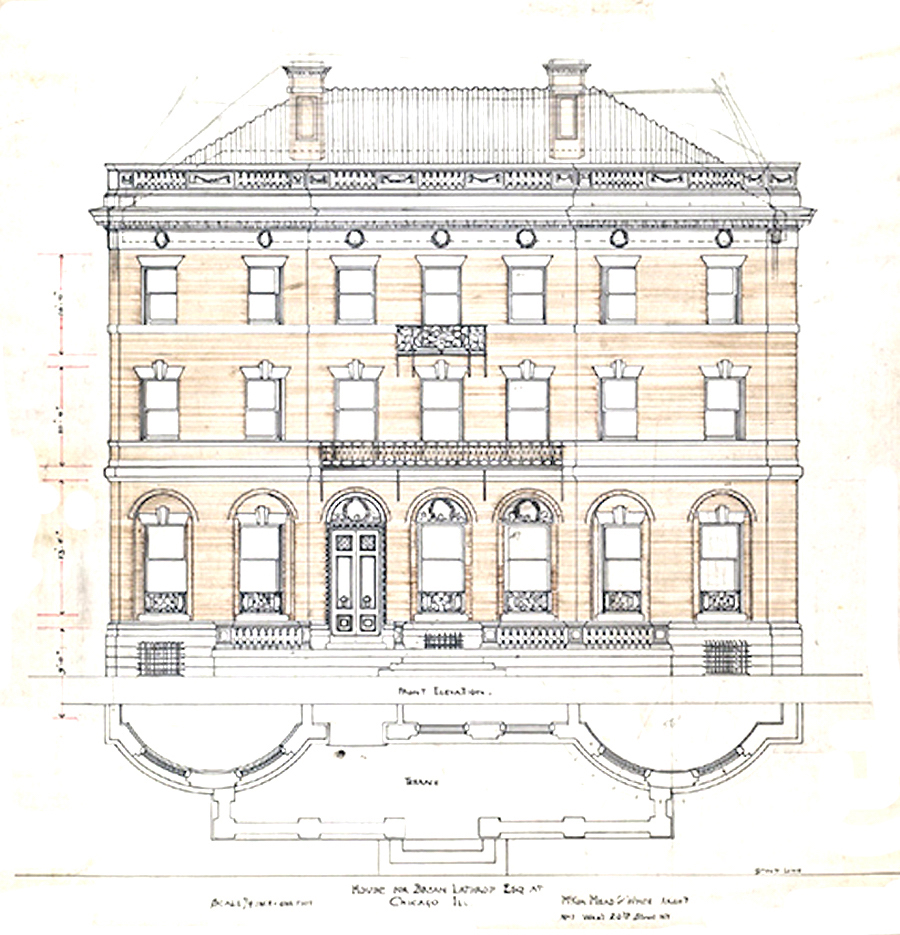 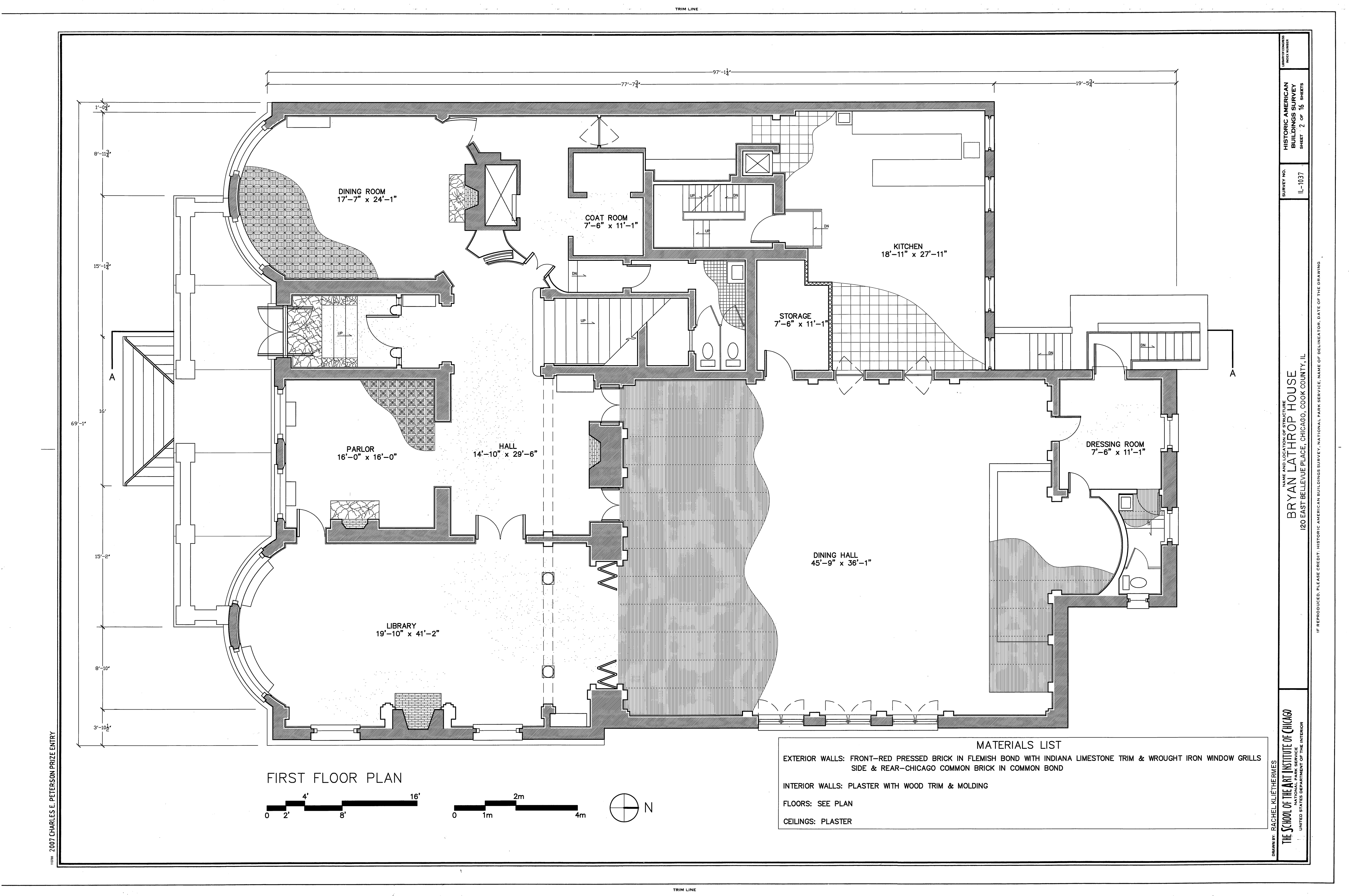 In newly decorated rooms, made fragrant with hundreds of floral gifts, officers of the Fortnightly received 200 members and as many guests last night in their new home, the former residence of Mrs. Bryan Lathrop at 120 Bellevue place. The occasion was the formal opening of the new quarters and the fiftieth birthday of the Fortnightly.

A log fire blazed in the spacious reception hall where the receiving line was formed and overhead, set in the wall medallion fashion, was the bust of Kate Newell Doggett, founder of the organization.

Up and down the palatial ivory staircase went the guests on a tour of inspection, from the assembly hall, with its green and gold tapestries, to the longe on the second floor, decorated by Miss Cornelia Conger in peacock green and old rosec hintzes and painted furniture, and to the smaller indicidual rooms of the third floor.

An artistic meeting room has been set aside on the second floor for the use of the Colonial Dames, and here also are private dining rooms and dressing room.

Mrs. Wirt Dexter of Boston, one of the founders of the Fortnightly, who stood in the receiving line with the president, Mrs. Robert B. Gregory, and Mrs. Lynden Evans, later spoke on the early history of the organization, and Mrs. Herbert E. Bradley spoke later. In addition to the music of a stringed orchestra a more formal program was given, with Miss Hager singing patriotic songs and John Alden Carpenter at the piano. 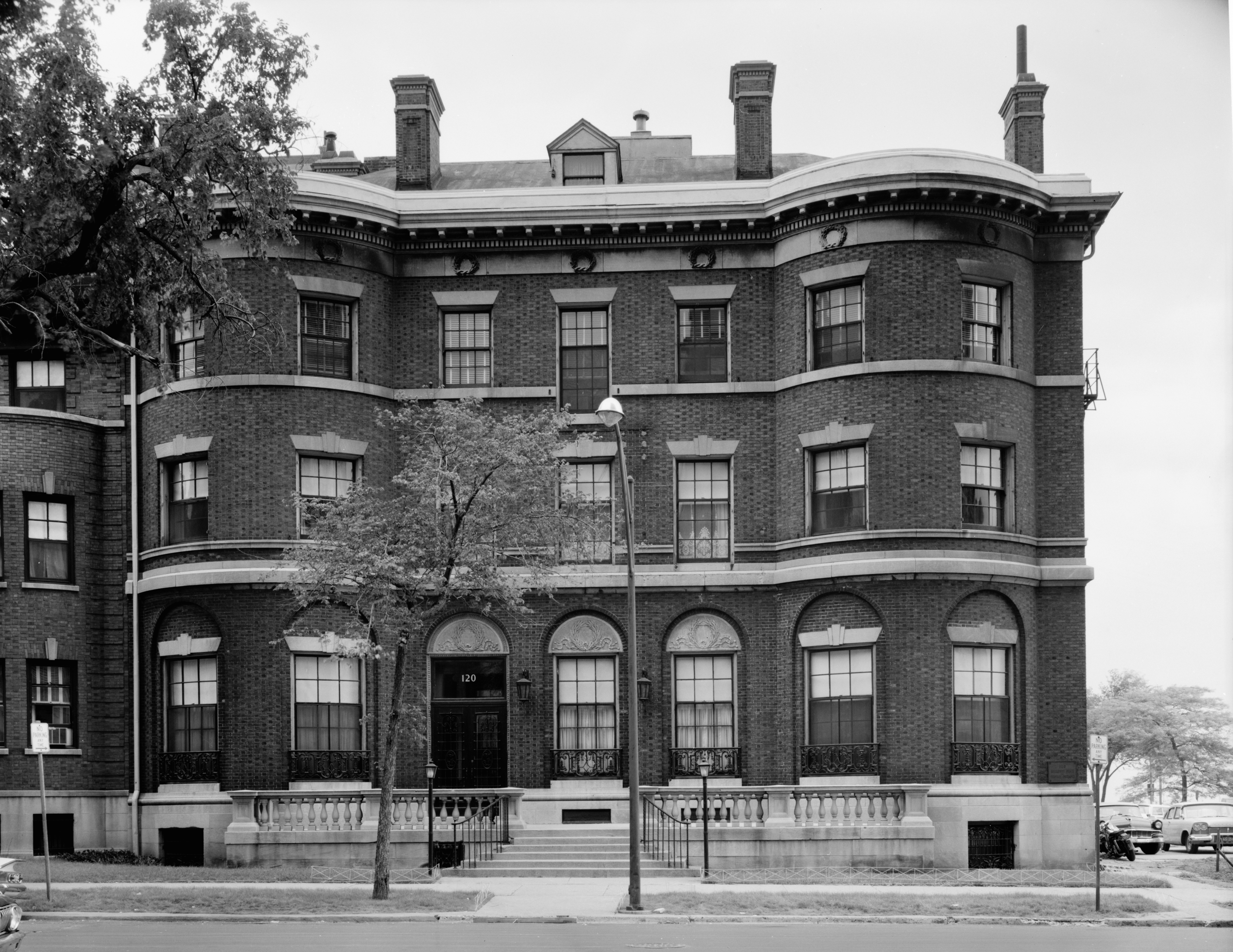