Atlantic Hotel, at 320-28 S. Clark street, formerly known as the Kaiserhof, Wyoming, and Gore Hotels, was built in 1889, eight stories high with one basement, on spread foundations. Max Teich, a hotel tycoon, was the client.

The 1889 building reflects the concerns of well-known Chicago architects, starting with the rusticated stone. The sense of movement and rhythm from bottom to top indicates an awareness of the importance of creating a unified whole. Still, the awkward stacking of the top three floors indicates the architect has not yet solved the problem of the tall building.

In 1915 an 18-story addition was built at 314-18 S. Clark street, while the hotel was known as the Kaiserhof. This building has two basements and is supported on rock caissons. Marshall & Fox were the architects. The name changed to the Atlantic at this time. 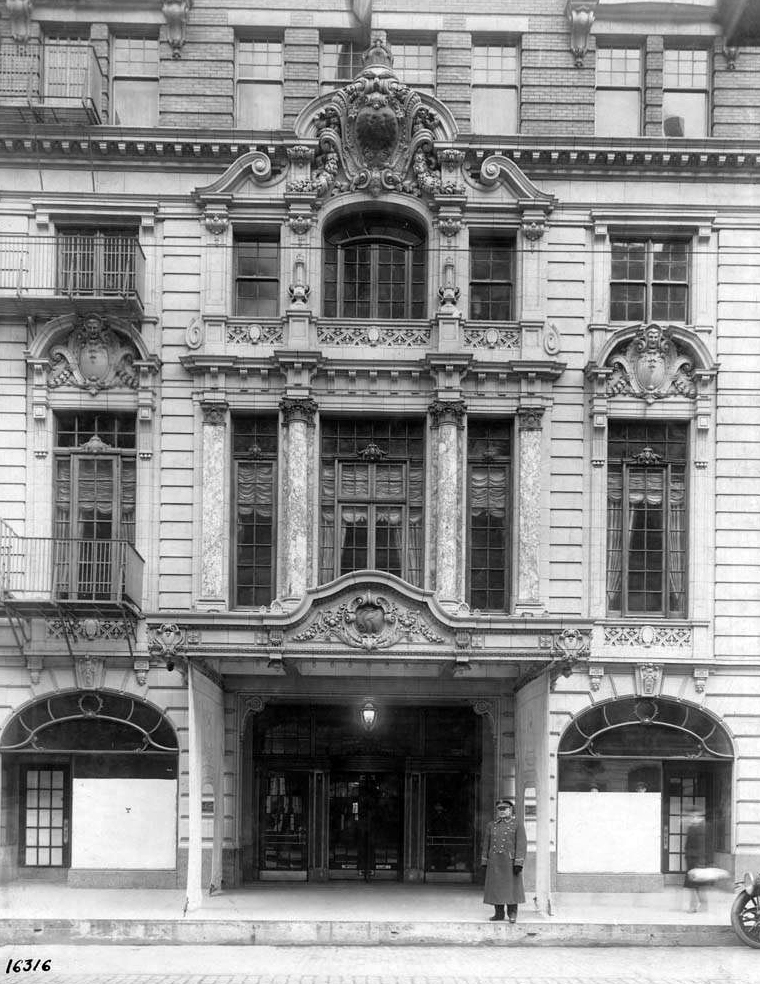 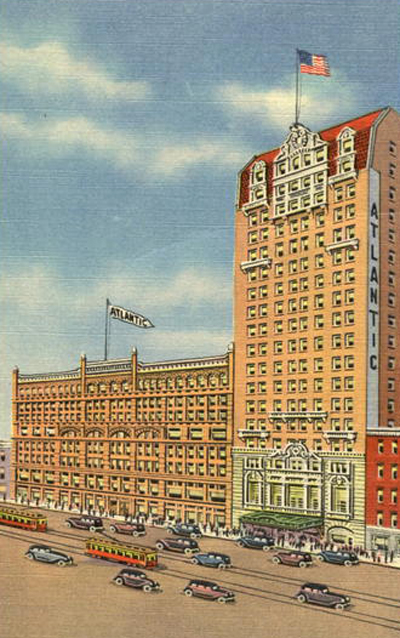 Atlantic Hotel with the new addition