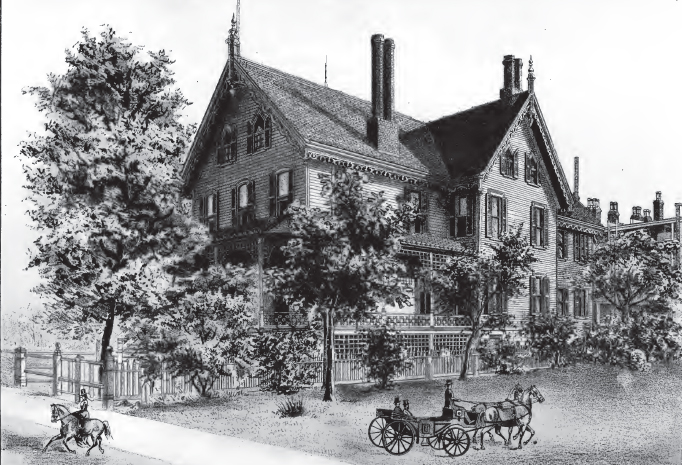 Organized in April, 1885, the Douglas Club has its quarters at 3518 Ellis Avenue. The house is a three story and basement frame building, which was formerly a dwelling, but which has been greatly added to and improved since the Club took possession. There is a handsome lawn on the front and sides of the house, with a fine tennis ‘court.

The basement is devoted to the bowling alleys. On the first floor are the dancing hall, the ladies’ reception room, the smoking room, the secretary’s office, the library and the reading room. The second floor contains the dressing rooms and four private rooms. The third floor consists of a large hall, fitted up with a portable stage, scenery, etc., and where excellent dramatic entertainments are given by a corps’ selected from members of the Club.

The ladies of each member’s family, and the males from fourteen to twenty-one years of age, are entitled to the privileges of the Club, subject to such restrictions as may be imposed by the directory.

Until the 1st of May, 1888, the initiation fee was fifty dollars, but, at a meeting held on that date, it was voted to reduce it to twenty-five dollars, and the memberships were made transferable. The dues remain as tiiey have always been, thirty dollars a year.