In the Twenty-first, Twenty-second and Twenty-third Wards, taken as a group, one may find a good study in contrasts and one may also find traces of interesting points in the early history of Chicago. In this group one may wander through “Little Hell” and the region of the old “Market street gang,” and he may also view the architectural splendors of Lake Shore drive and the other fashionable neighborhoods in the east end of the Twenty-second Ward. Or he may study the squalor of Goose Island, and then for a change go and feast his eyes on the landscape beauty of Lincoln Park, and all within this group of three small wards.

One looking for historical spots may find a share of them here. They are most of them in the Twenty-third Ward. In this ward was erected and conducted the first manufacturing industry in Chicago, if one excepts the workshops of the Indian arrow-makers and the blacksmith’s forge in Fort Dearborn. In this ward was established a tannery by John Miller in 1831. It was a small affair, but it is given the distinction of being the first factory.

At that time Samuel Miller was keeping a tavern in the southwest corner of what is now the Twenty-third Ward. It was the only tavern on the North Side and had only two rivals at that time; the one at Wolf Point across the river and the other which was kept by Mark Beaubien, on the South Side. To find the sites of the tannery and the tavern kept by the Millers one must go past the yards and tracks of the Chicago and Northwestern railroad to the point of land at the fork of the river now occupied by a coal yard.

The Miller brothers opened a little store in a log house there in 1829, and the next year they added a “lean to” to the back of the cabin and gave food and shelter to transients for pay. The next year John Miller started the tannery building, a log house near the tavern, for that purpose. His brother, Samuel Miller, continued to run the tavern.

The first soap factory in Chicago was also located in the Twenty-third Ward. The site of it is not far from Miller’s tannery near the Kinzie street bridge. It was established in 1833 by Elston & Woodruff.This firm established its factory in an old log barn and made not only soap but candles. The candles they made were used to illuminate the stores and taverns of Chicago.

The first ferry for hire across the river was established in 1831. It was a scow which had been built by Samuel Miller to bring patrons across from the West Side to his store and tavern, and was purchased for $65. Mark Beaubien was appointed the first ferryman. He gave a bond of $200 and paid $50 to the county for the privilege. He was required to ferry all residents of Cook County with their “traveling apparatus” free. Others were required to pay.

At the same time the county licensed Samuel Miller to sell liquors. In those days the county was exercising close jurisdiction, and also regulated the prices of drinks. The official list of charges were as follows:

These odd fractions of cents are explained by the fact that in those days the only coins in circulation in Chicago were Spanish, and the value of them was estimated by comparison with the standards of the United States.1 It will be seen by a study of the price list that the price of whisky and lodgings was not extortionate, particularly when it is remembered that this was one of the three first-class hostelries of Cook County. which had just been established. The price for keeping a horse over night, it will be noticed, was 50 cents, while men were kept at the rate of two for a quarter.

Previous to 1831 Chicago was in Peoria County, and Peoria was the county seat. When Cook County was established it was named for Daniel H. P. Cook, the member of Congress, in token of his services in aiding the passage of the canal bill and land grant for the promotion of the canal in 1827. The original boundaries of Cook County embraced all of what is now Lake, Du Page, McHenry, and Will Counties, as well as the area of Cook County as it is today. Samuel Miller, the tavernkeeper, was one of the first Bird of County Commissioners. 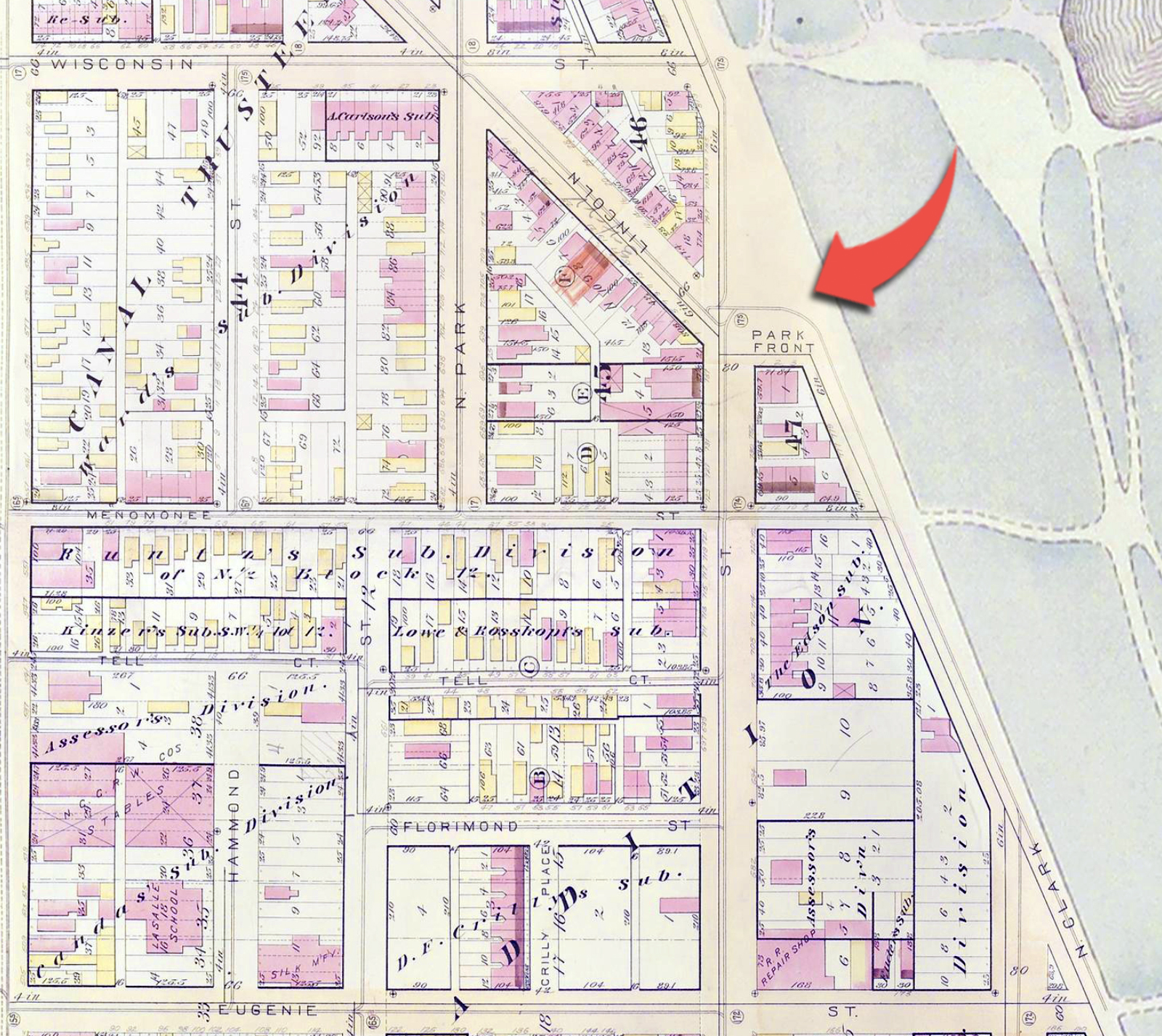