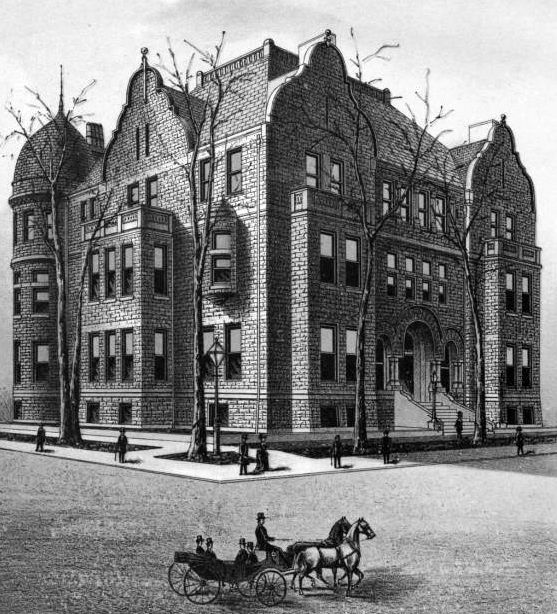 The Union Club was organized in 1878, and had its quarters for the first year of its existence at the corner of North State Street and Chicago Avenue. In 1879 it took possession of the Ogden Estate, on Washington Place, where it rapidly increased in membership, influence and wealth: the beautiful grounds and the lawn concerts given from time to time proving potent attractions. In 1881, the present handsome club house was built.

This is a stone building, in the Tudor style, finished with an air of solidity and comfort that have been the envy of many metropolitan visitors. In the matters of taste, comfort and convenience, the house leaves little to be desired. The building is of Long Meadow Mass., brown stone. It was begun in the spring of 1882, under contract for completion by May, 1883. In April, 1883, it was destroyed by fire, the loss being entirely covered by insurance. It was re-built without delay, and the club established therein the following December. The interior follows the style emphasized in the exterior, the design being to reproduce, as nearly as possible, an old English manor-house. The cost was about $100,000.

Admirably situated on Washington Place (at the corner of Dearborn Avenue) it attracts the attention of every passer-by by the grace and beauty of its proportions. As you pass through the broad front door, you enter a spacious hall with walls and ceiling of exquisitely carved oak. To the left of the hall are broad parlors, extending the length of the Dearborn Avenue side, and behind the parlors is the cafe, with its large bow window looking down the Avenue. On this floor are also the billiard room, the reading room, coat room and lavatory. The second floor is occupied by the dining room, card rooms, and the directors’ room, while the third floor is devoted to the private rooms of the members. In the basement are the kitchen and servants’ apartments, and also a well appointed bowling alley.

The Union is purely a social club. The present (1884) membership of the club is four hundred and seventy-two. The admission fee is one hundred dollars, and the yearly dues sixty dollars. 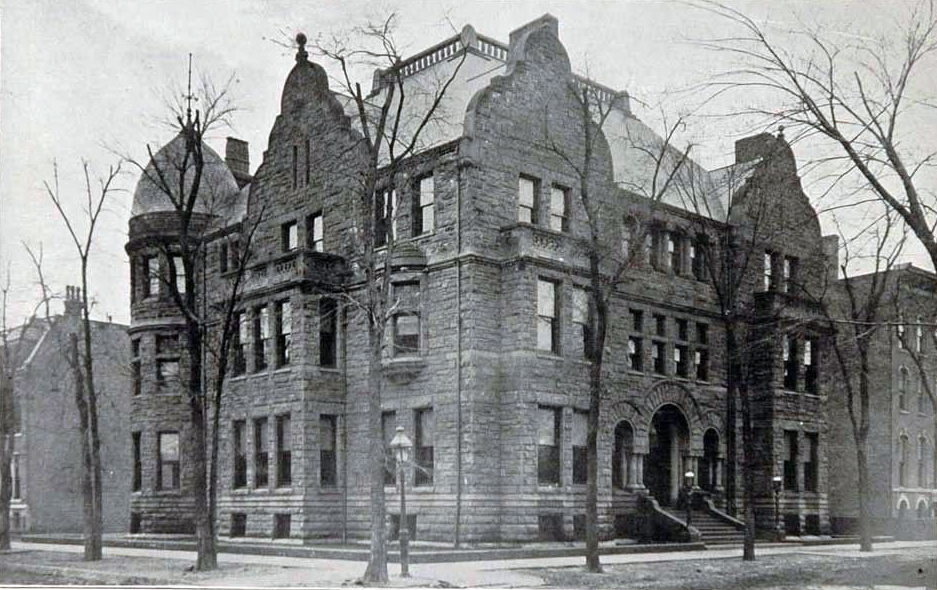