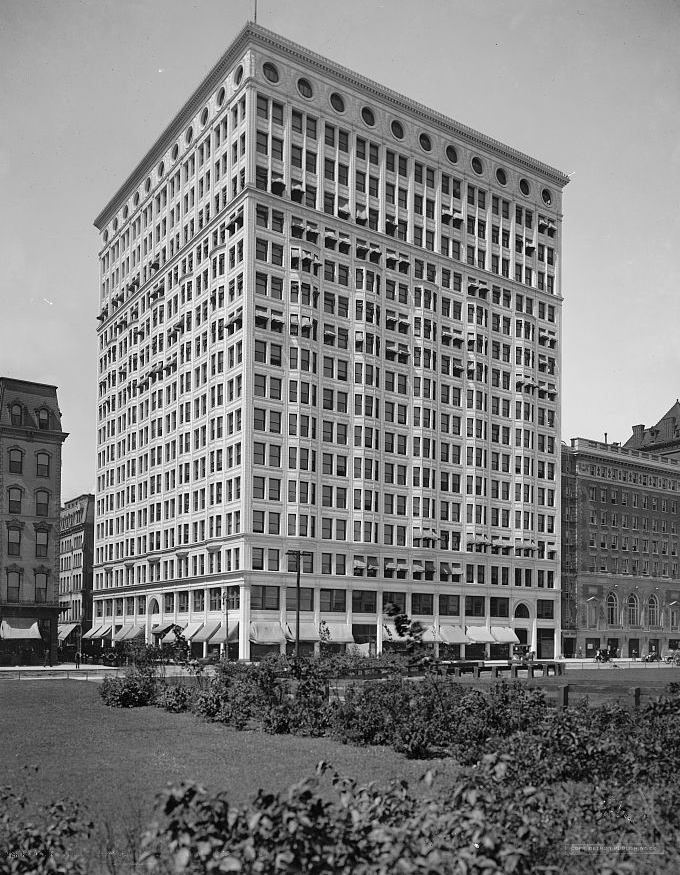 RAILWAY EXCHANGE building, at 224 South Michigan Avenue, on the northwest corner of S. Michigan avenue, was built in 1904. The formal entrance to the building is located at 80 E. Jackson street, which in 1904, was a more important street than Michigan Avenue. D. H. Burnham & Co. were the architects and Joachim Giaver the engineer. The building is 17 stories high, with one basement, on hardpan caissons.

The building is organized as a classicization of John Wellborn Root’s Rookery. A street level two-story enclosed court designed in a symmetrical Beaux-Arts style was surmounted by an open lightwell which was surrounded by a ring of offices. By the formal arched entrance on Jackson Boulevard, a large staircase led to shops and a second-floor balcony. White-glazed terracotta sheaths the exterior façade and interior court and the lightwell is lined with white-glazed brick. Classical designs were used for the ornamental dentils, balusters, and column capitals.

D. H. Burnham & Co. moved its offices to the fourteenth floor, and Burnham’s descendants continued ownership in the building until 1952. It was in a penthouse on the northeast corner of the roof of this building that architect Daniel Burnnham created his famous 1909 Plan for Chicago. This was also where many visitors were brought to view the work-in-progress. 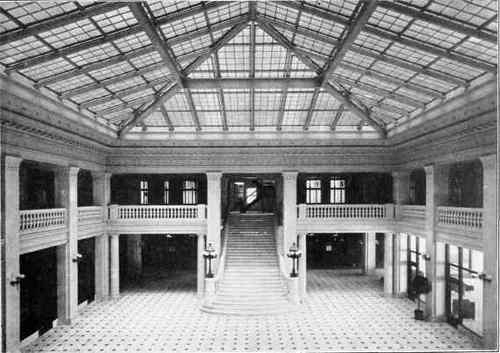 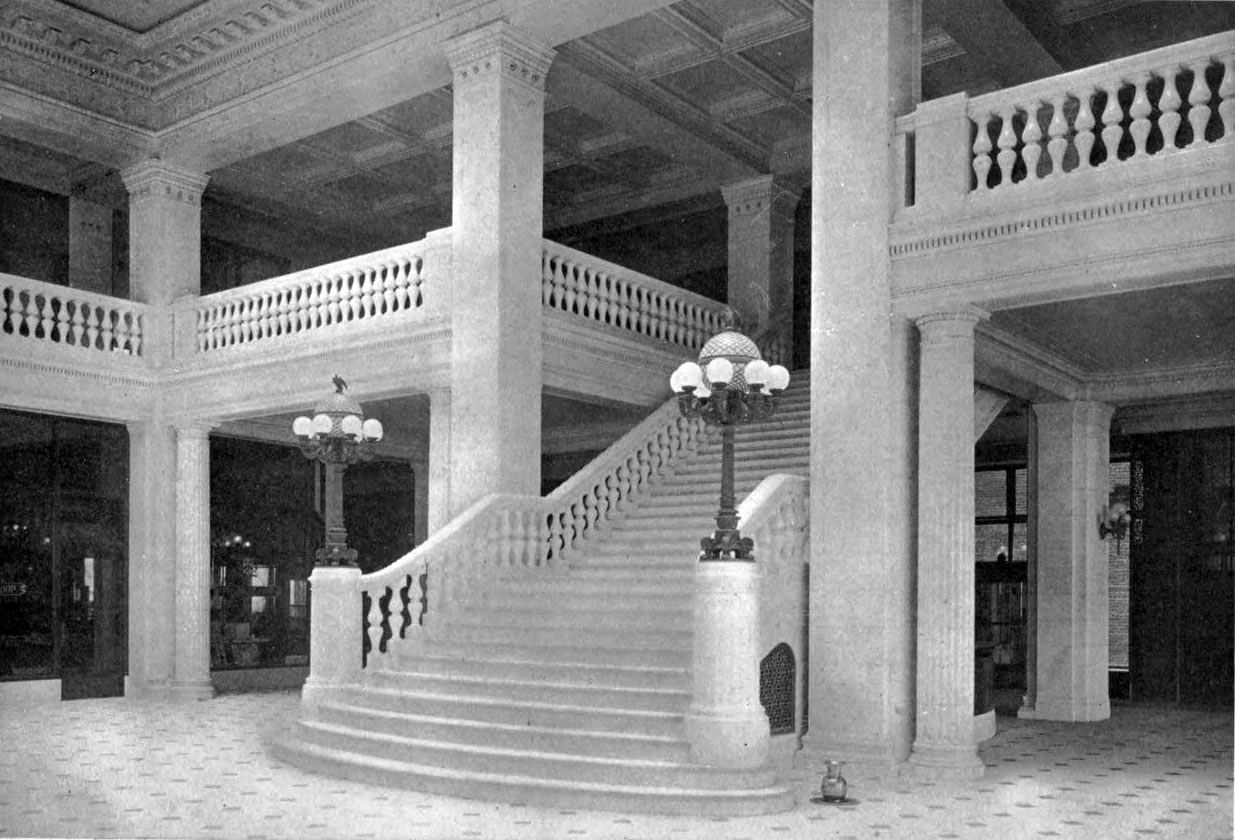