HOTEL GRACE, at 75 W. Jackson street, on the southwest corner of S. Clark street, was built in 1889, eight stories and one basement high, on spread foundations. The records of John M. Van Osdel, the architect, show that a story was added in 1890. Van Osdel’s records show the cost of the original building as four cents per cubic foot. 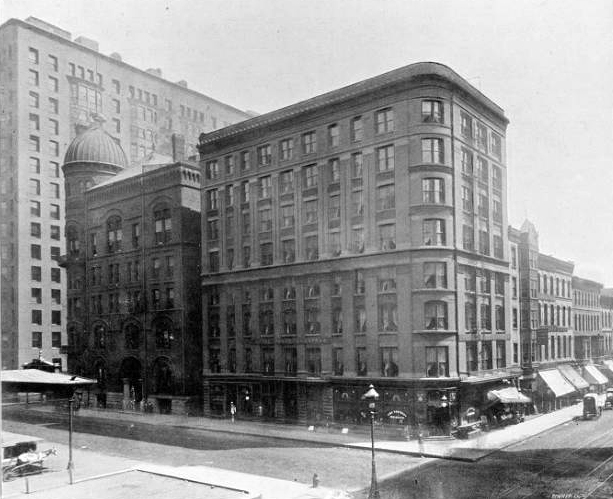 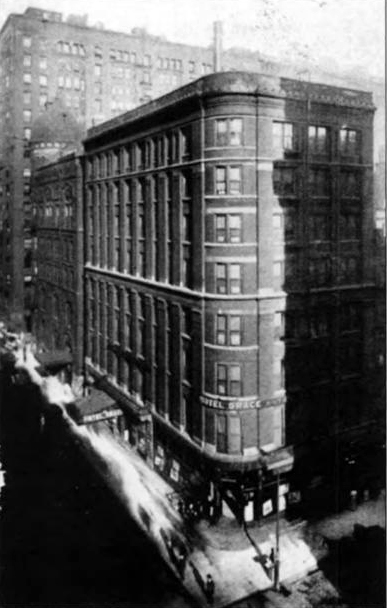 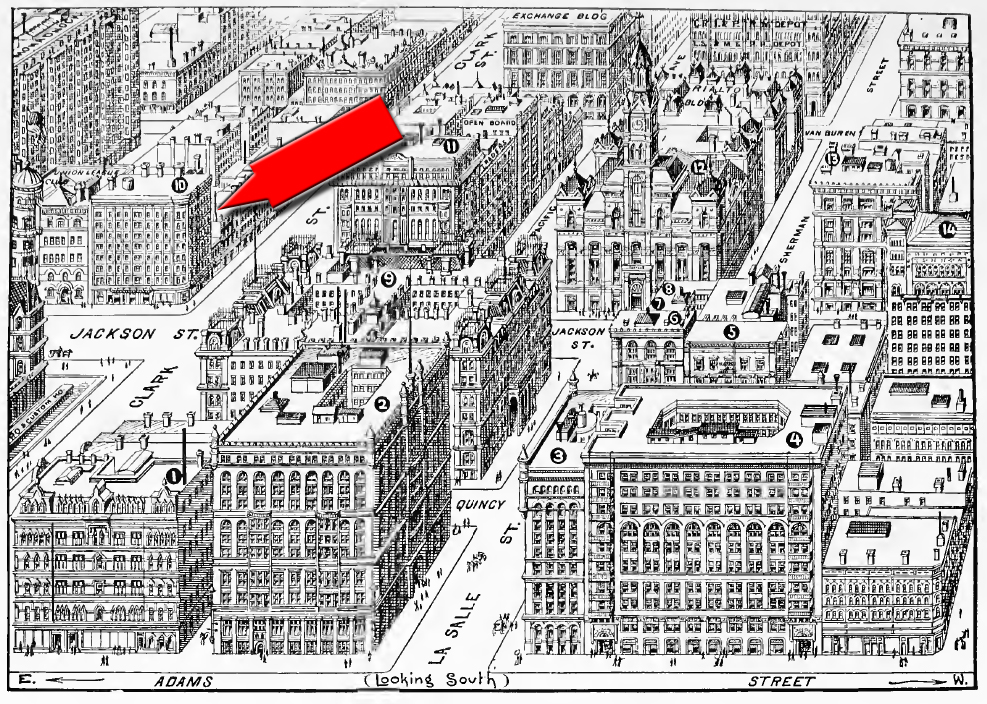