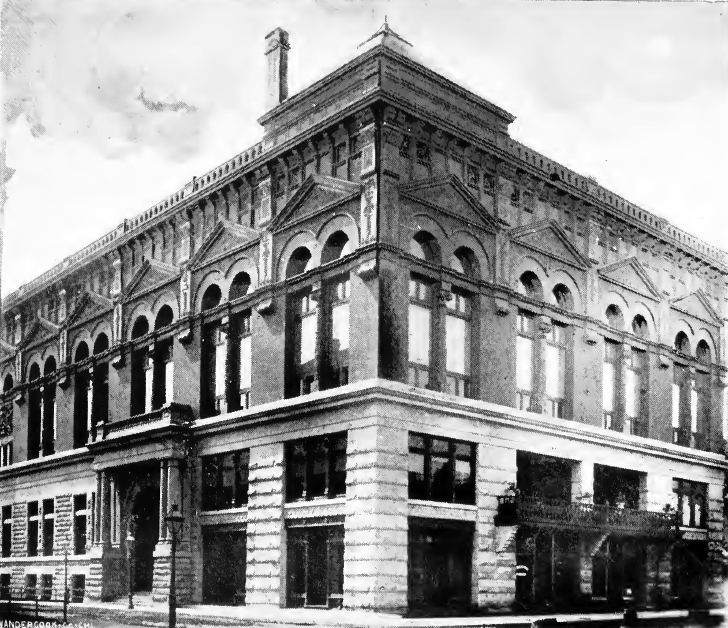 The society had its origin at the funeral of Abraham Lincoln in 1865, when a small party of Germans from Chicago attended to render a chorus. They were pleased with each other’s singing and determined upon the organization of a permanent society. Today it is one of the largest, most respectable and most prominent musical organizations in the country. Incorporated March 31, 1869. Membership about 540, of which seventy are not Germans. The club is social as well as musical. The club house is one of the handsomest in Chicago.

At four stories tall and with a building footprint of 100 x 150 feet, it was much larger than the other brick stores and residential flats that lined this section of Clark Street. Its large third-story windows exaggerated the building’s volume, and its exterior was suffused with rich materials and picturesque details such as terra-cotta panels depicting musical themes. The glass and wood porch centered on the second level of Clark Street was originally built as an open balcony with an elaborate wrought-iron railing, but was enclosed sometime after 1904.

A New York Times article from 10 December 1893 reported on a major Germania scandal. Just before a banquet commemorating the club’s twenty-eighth anniversary that was to be addressed by progressive Illinois governor John Peter Altgeld, the Germania’s directors voted to refuse not only to hang, but even to accept, a portrait of Altgeld, contributed by famed Chicago restaurateur Philip Henrici. Good conservative German Burghers all, they were protesting Altgeld’s pardon earlier that year of the three surviving anarchists convicted, in a notoriously unjust trial, of being participants in the 1886 Haymarket Riot in which seven police officers died. Protests to the refusal threatened to split the Germania Club apart. The directors reversed themselves, even as the banquet was taking place, and accepted the portrait. 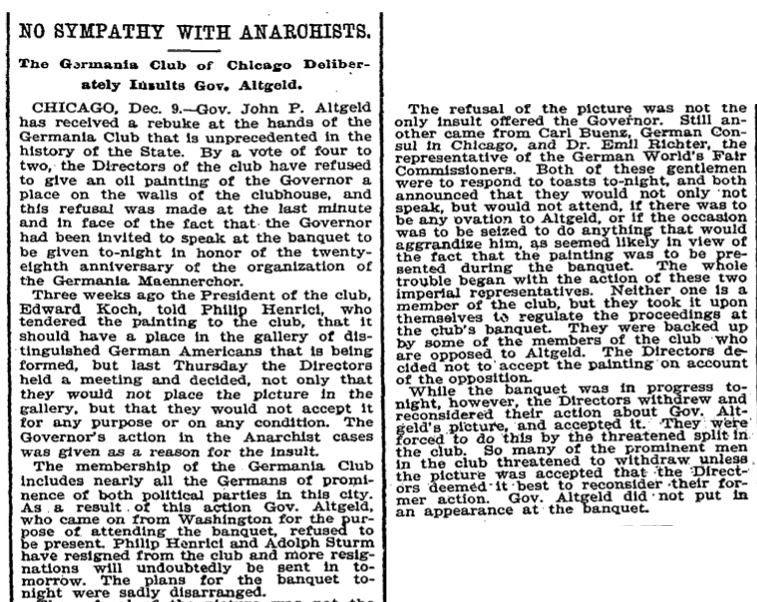 The building was purchased from the original owners in 1986 and rehabilitated by Harold D. Rider. The ballrooms underwent a full historic restoration in 1994 returning them to their original glory. Many German arts and crafts acquired over the years remain in the building, including the impressive stained glass window which had been displayed at the World’s Fair in 1893. Today it stands proudly at the doors leading into the Grand Ballroom. 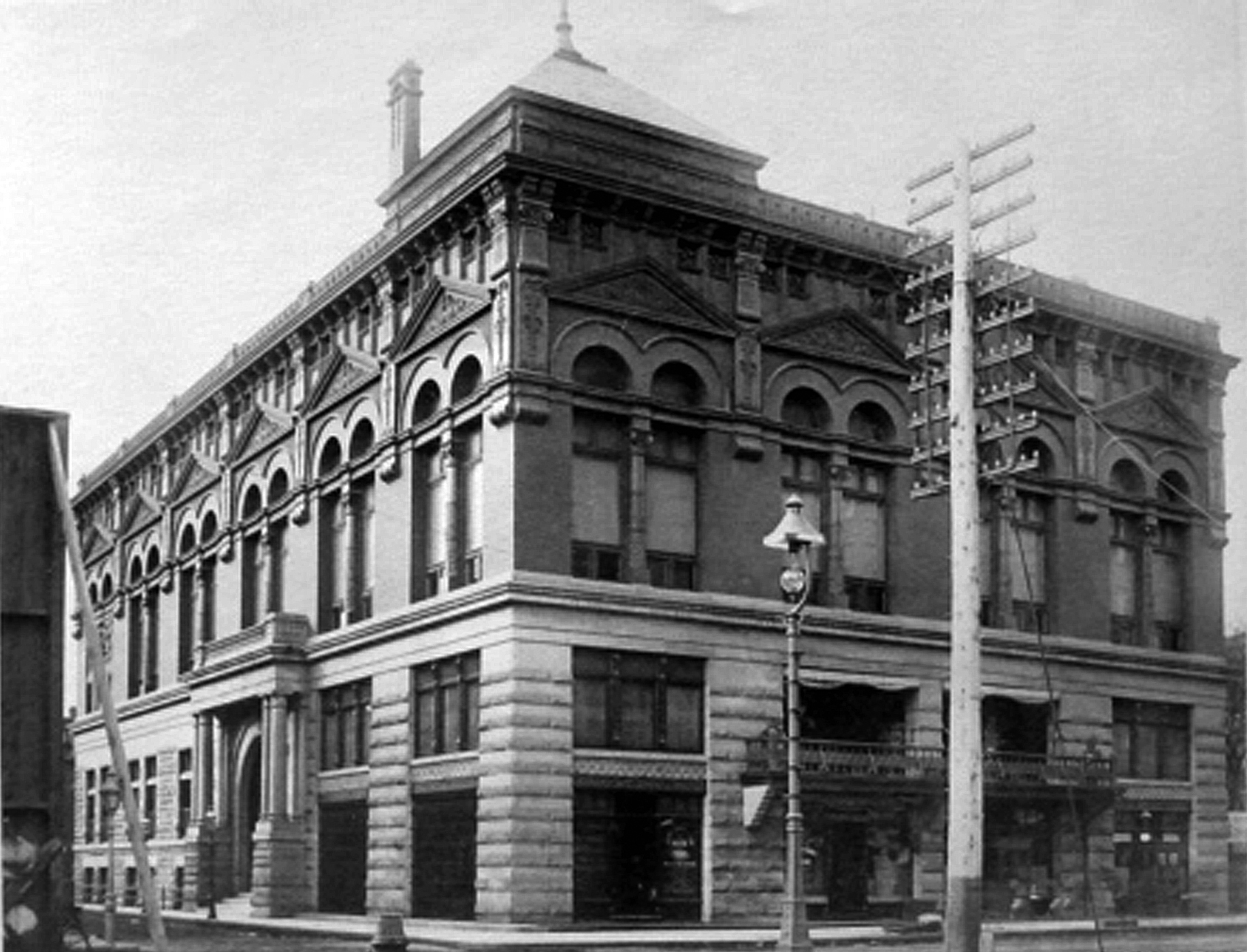