BUTLER PAPER CO. building, at 231-33 W. Monroe street, on the southeast corner of S. Franklin street, built ca. 1885, is six stories and one basement high. It was rebuilt in 1901 by Reid, Murdoch & Co. after a disastrous fire. This corner building was originally five stories high and was occupied by Sweet, Dempster & Co.

The J. W. Butler Paper Company,
at 184 and 186 Monroe street, the oldest paper house in Chicago, having been established here thirty-eight years, reports a prosperous trade the fast year, with little change in prices, and collections as good as at any time for mane years, They have a paper-mill at Louisville. Ky., for the manufacture of the finer class of papers and deal chiefly in writing, job, book, and print papers, their trade extending to all portions of the West and Northwest. The firm is noted for its solid business character and financial strength: is disinclined to take great risks in expectation of large profits. preferring the safe, old-fashioned method of being content with moderate profits, and is not in haste to amass riches at the expense of its customers. By general consent it is the leading house in its line in the Northwest, and fitly represents the sterling commercial character of Chicago.

J. W. BUTLER PAPER COMPANY.
Among the important removals this year is that of the J. W. Butler Paper Company.
This corporation now occupy the large building Nos. 173 and 175 Adams street, having 54,000 square feet of flooring. The building is the one formerly occupied by Cleveland, Cummings & Shelly. This company is the successor to the firm of Butler & Hunt, which was established in 1844, and was then located almost on the
corner of State and Lake streets, when the present locality was a duck-pond, but which has now become the centre of the wholesale trade of the city, this being strongly evidenced by their removal to their present quarters. 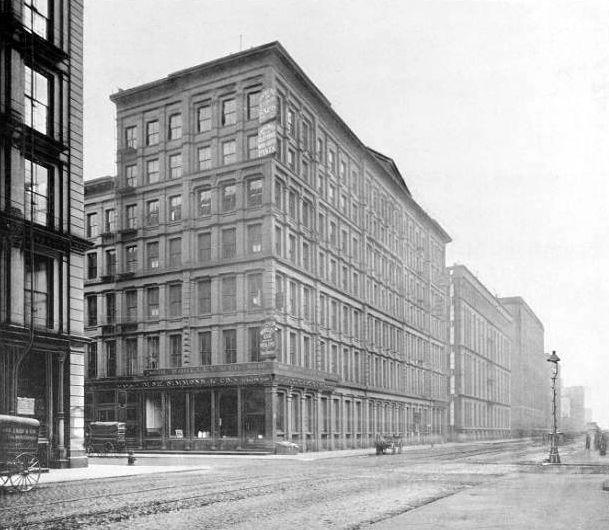 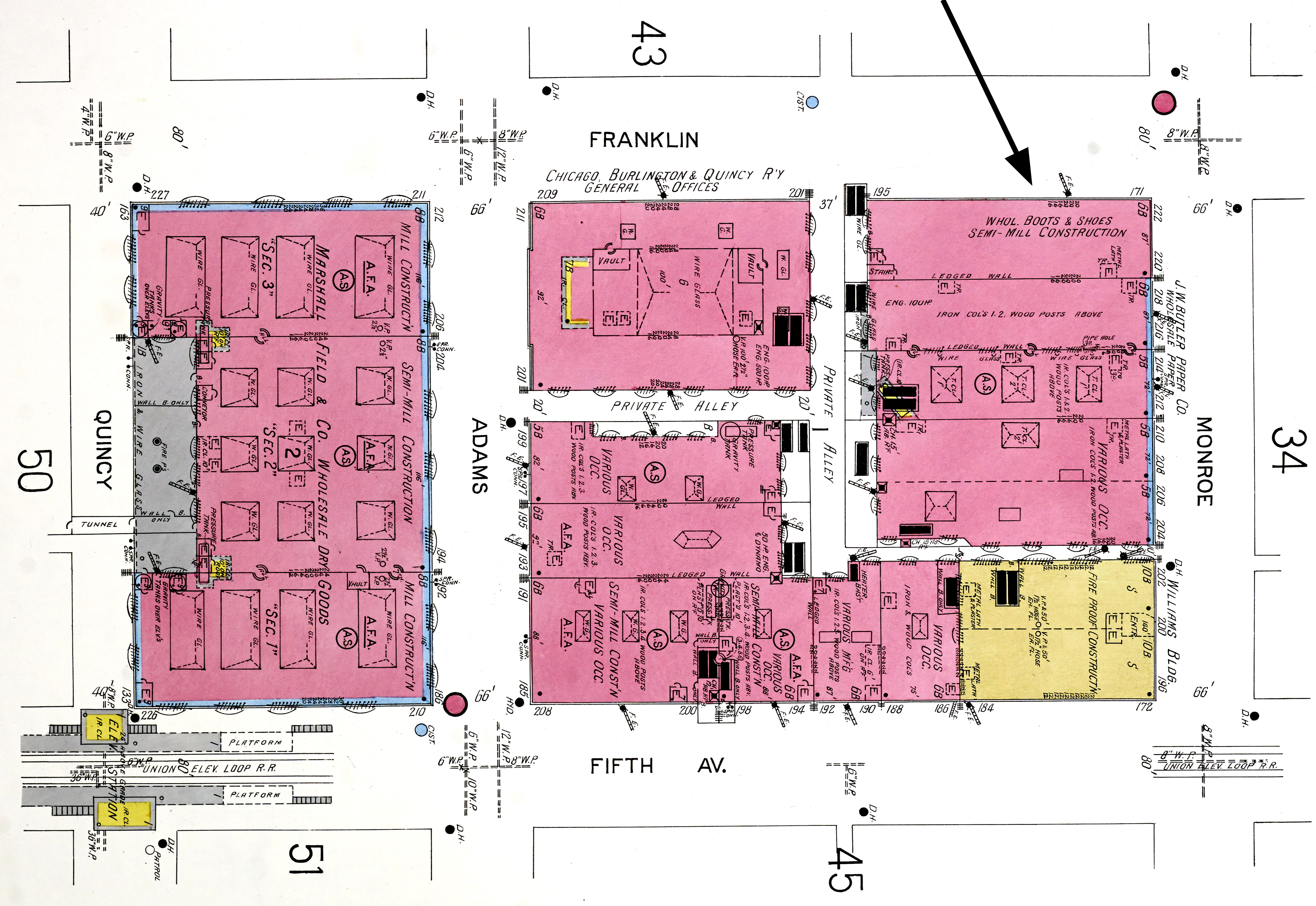