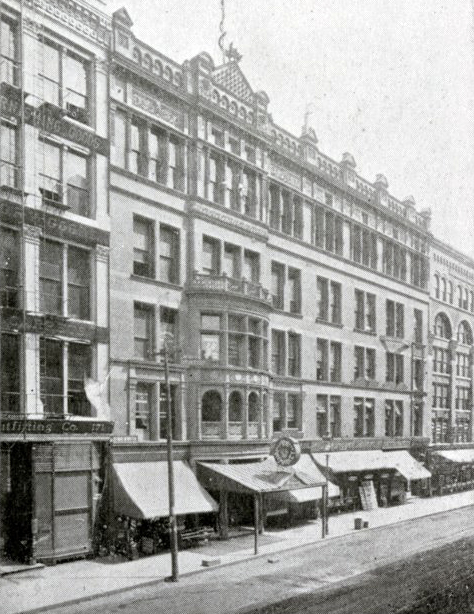 The Haymarket Theatre opened in 1887 as a legitimate playhouse with seating for 2,475 on the orchestra floor, boxes, and three balconies. The Haymarket stood on Madison Street near Halsted Street on the near West Side. By 1896, the Haymarket had become a vaudeville house (though vaudeville acts periodically appeared at the Haymarket from its earliest years in addition to live theater).

From 1916 until 1932, the theater was one of Chicago’s best-known burlesque houses (along with the Rialto in the South Loop). In 1916, with the closure of the third balcony, seating was reduced to 2200. (The owners closed the balcony because they claimed the girls doing their acts on stage couldn’t be seen from that distance). From 1932 until late 1948, the theater was a second-run movie house. By 1945, according to the Film Daily Yearbook, seating was further reduced to 998.

The Haymarket Theatre closed in 1949, and was condemned, as it was in the way of construction of what is today the Kennedy Expressway (I-90). In spring of 1950, the once grandiose theater was razed. 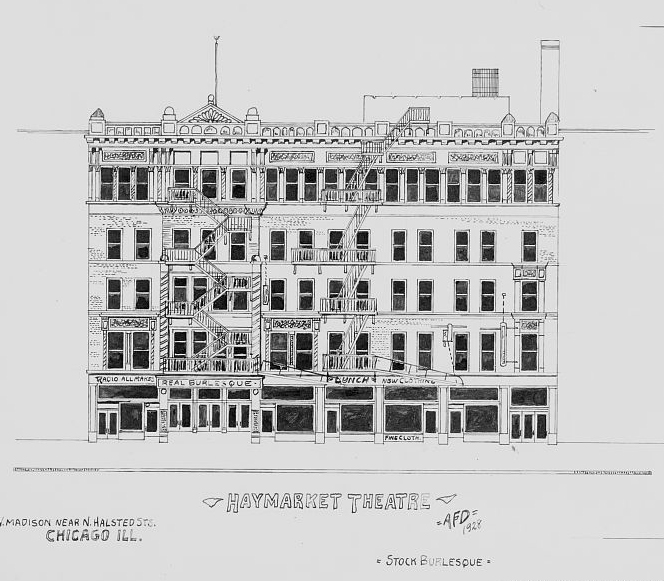 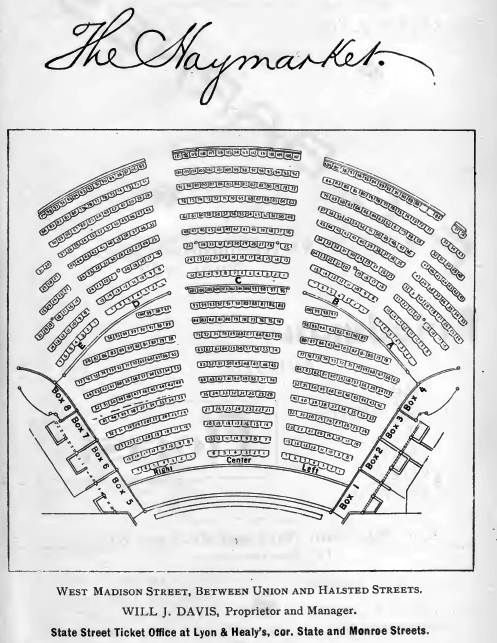