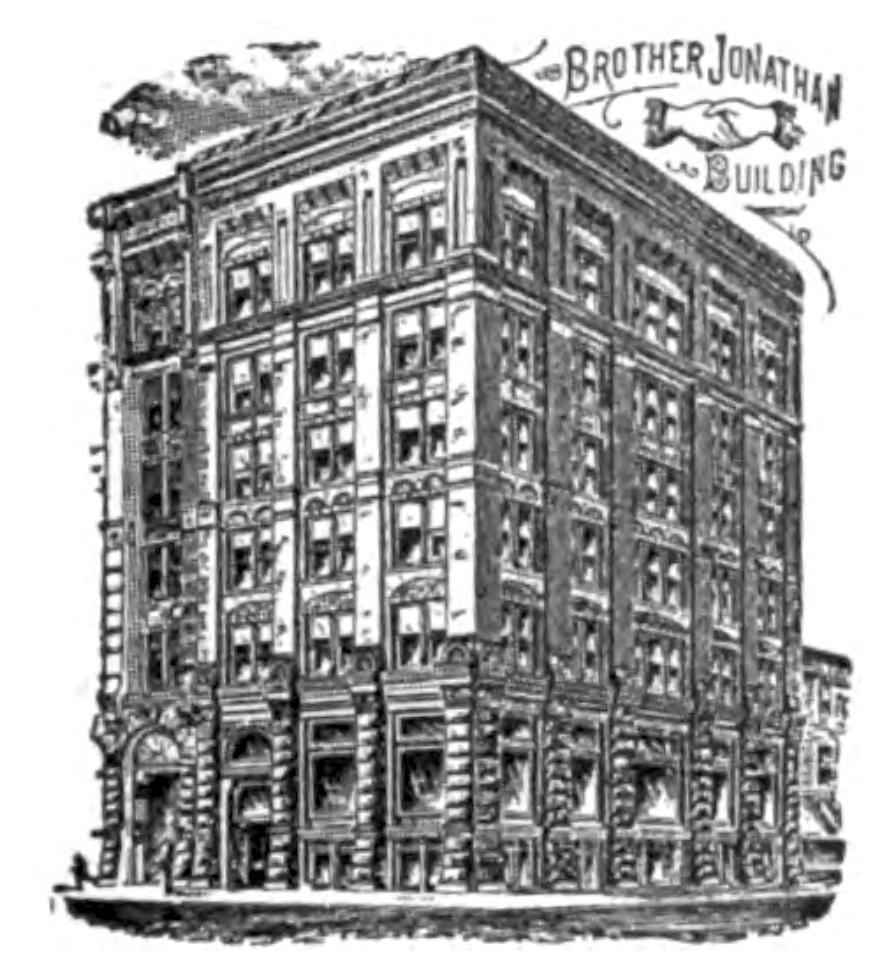 Jonathan Clark’s Building on Sherman Street.
After considering plans for the utilization of the lot on the corner of Jackson and Sherman streets recently leased to him, Jonathan Clark has decided to put up as nice a building there is in the Board of Trade quarter. It has been a serious question with him, as with other experts, whether any more buildings of an expensive character could be made profitable in that part of the city for some years, and it was at first proposed to erect a structure involving but small cost, but that idea was dismissed on account of the highly advantageous location of the lot, and plans have been drawn by J. M. Van Osdel & Co. for a seven-story fire-proof building. The lot is 50 feet on Sherman street and 100 on Jackson, and the entire space will be taken up by the structure, barring a small court southwest and next to the Parker Block, which will be reserved for lighting and will also afford room for the boilers belonging to the building. The materials of the structure will be stone, iron, pressed brick, and terra-cotta, along with a good deal of glass, the design being to make the offices as light as possible. The beams will be of iron and the arches of brick or corrugated iron. There will be two elevators. The lower story, or basement, will be fitted up for brokers’ offices, and the next floor will be all in one room, adapted for the needs of a bank. The upper stories, in which fifty rooms can easily be made, will be arranged to suit tenants. The cost of the structure will be about $150,000. Work will begin at once and the building will be done before the 1st of next May. No name has been selected for the building. It will probably be named for any bank that may take up quarters in it. 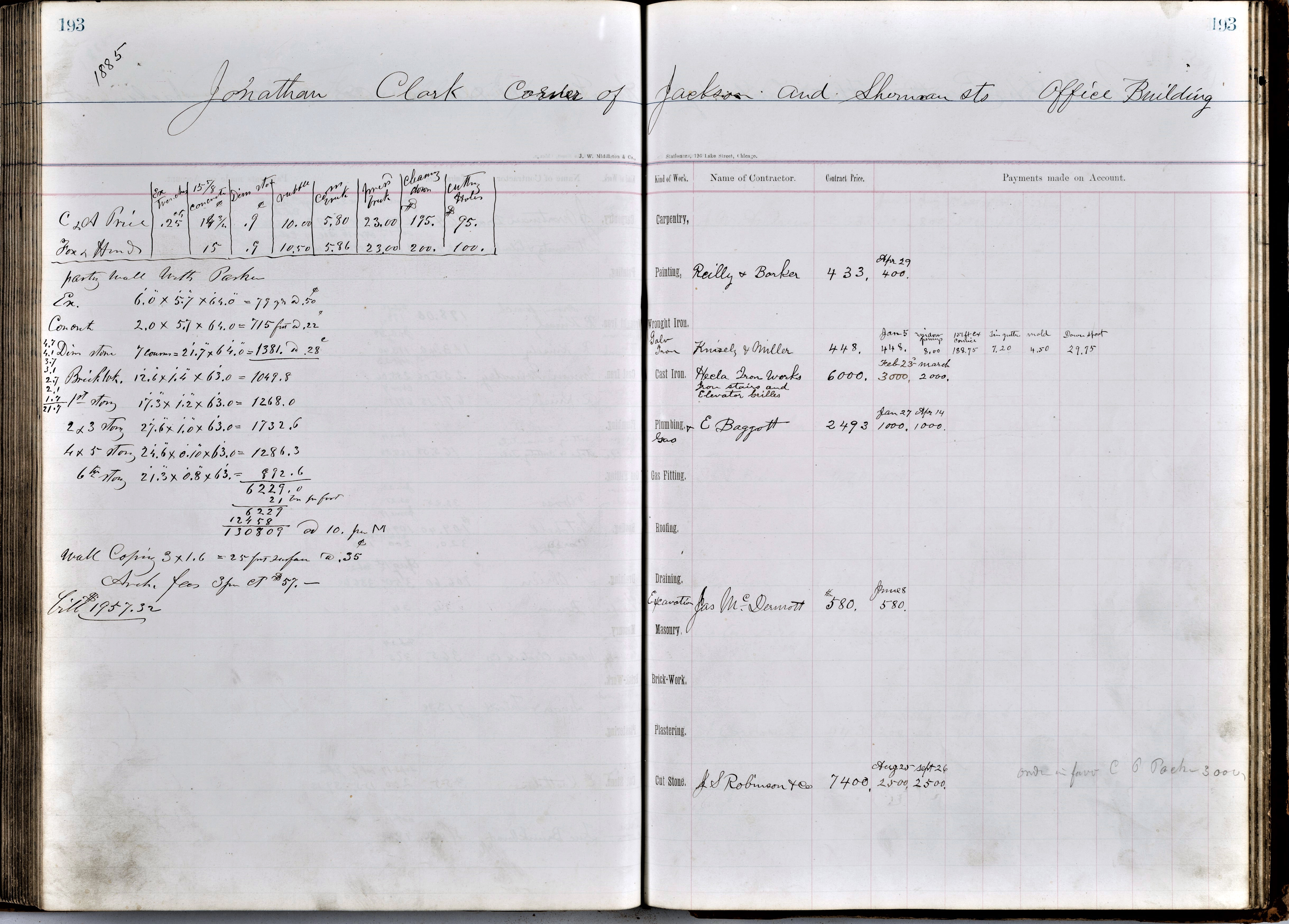 Brother Jonathan’s Building.
For some time past the legend of “The Jonathan Building,” which has glared forth in big gold letters from the transom of the main entrance of the handsome structure at the corner of Sherman and Jackson streets, has been an eyesore to the tenants of the building. A week or so ago a petition was presented to Mr. (Jonathan) Clark, the owner, to have the name changed and they threatened to leave unless it was changed. Mr. Clark, however, refused to comply with the request. To-day, however, the tenants are happy. The explosion yesterday shivered the objectionable glass into thousands of pieces, and it is expected that the name of the structure be changed to Clark building.

The Brother Jonathan Building, at Jackson and Sherman streets, is convenient for grain-dealers, and runs two elevators, carrying 4,000 people each day. Its six stories are constructed wholly of brick, stone, and steel.

Southwest corner of Jackson and Sherman streets, 100 feet on Jackson and 50 feet on Sherman. It is 100 feet high, with 6 stories and basement, and 70 offices; 2 elevators. Cut-stone and brick exterior. Cost, in 1887, $300,000. Grain commission merchants, brokers, and railroad agents.

Brother Jonathan Building Property Will Form Part of New Skyscraper.
It is understood that the fee under the Brother Jonathan building at the southwest corner of Jackson boulevard and Sherman street, 50×100 feet, has been acquired by Ernest Graham and his associates from the directors of the Chicago public library, title being taken by the Chicago Title and Trust company, as trustee. This property will form part of the site of the twenty story office building to be erected on the south side of Jackson boulevard, occupying the entire block between Sherman street and Fifth avenue.

The other pieces acquired are 100×260 feet a the southeast corner of Fifth avenue, from Perkins Bass; 50×100 feet at 6 to 8 Sherman street, from Ezra S. Wheeler nd others, and 100×100 feet from William Kent at 10 to 18 Sherman street. While the considerations have not been given out, it is said the grantees paid $225,000 for the library property. 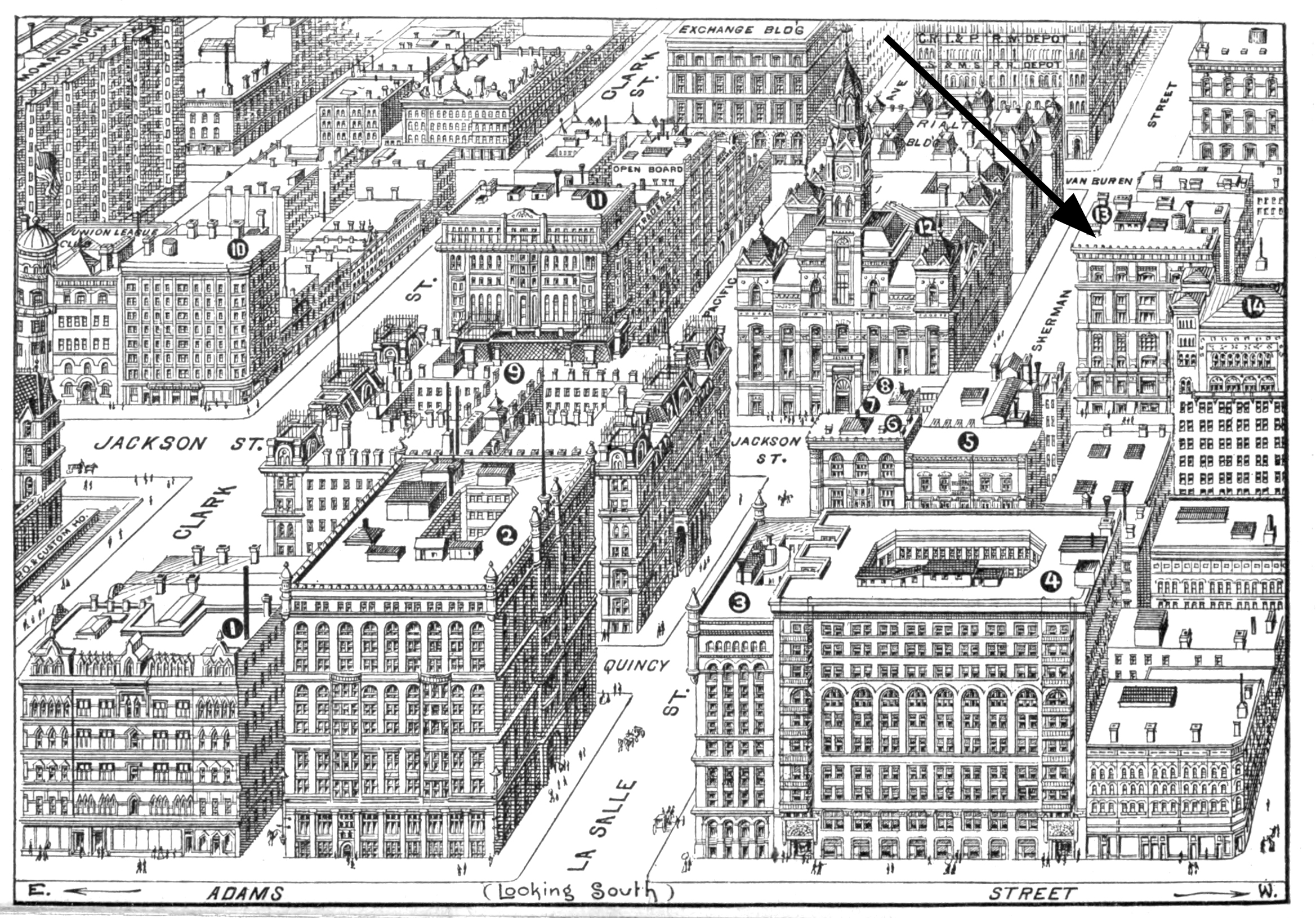 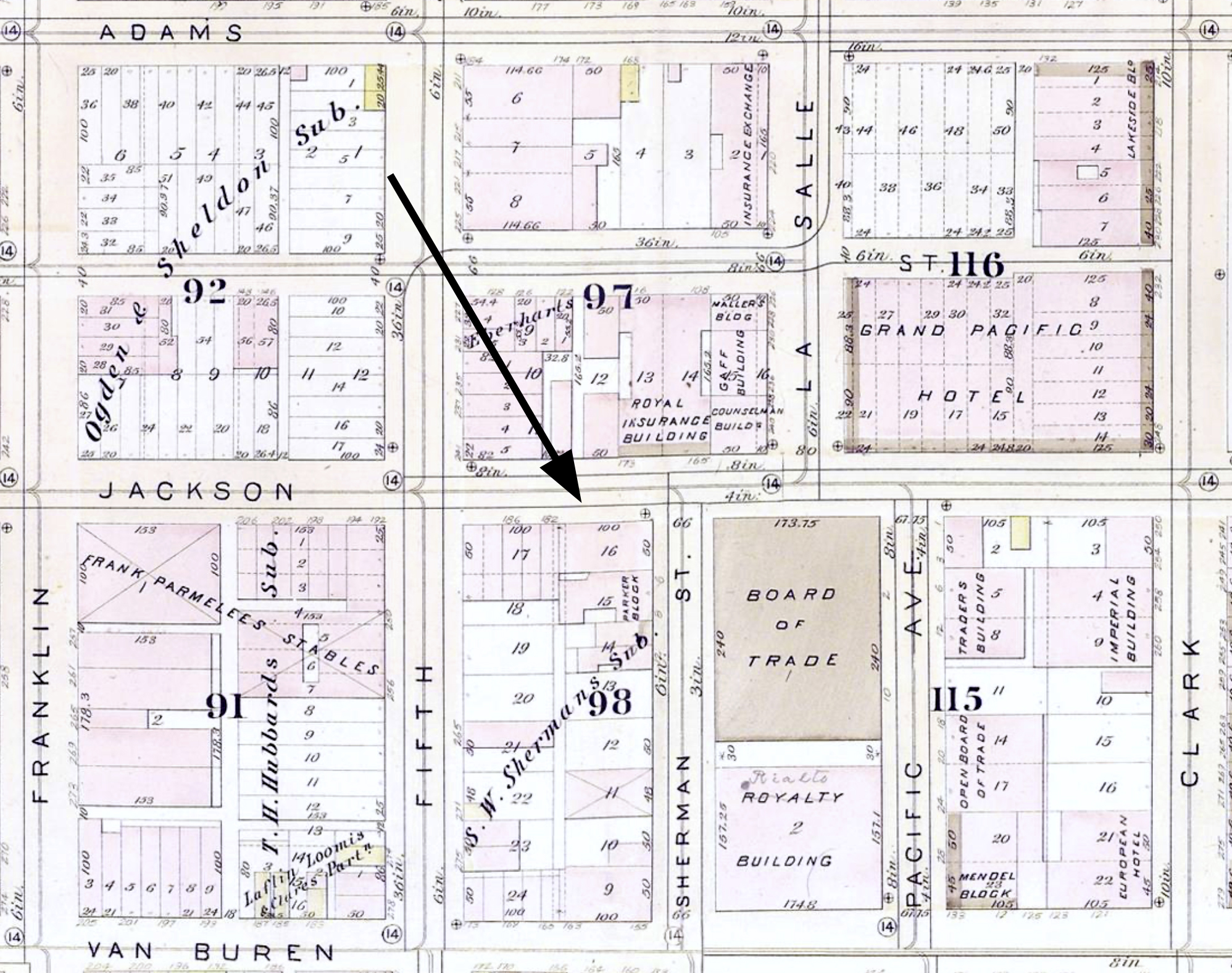