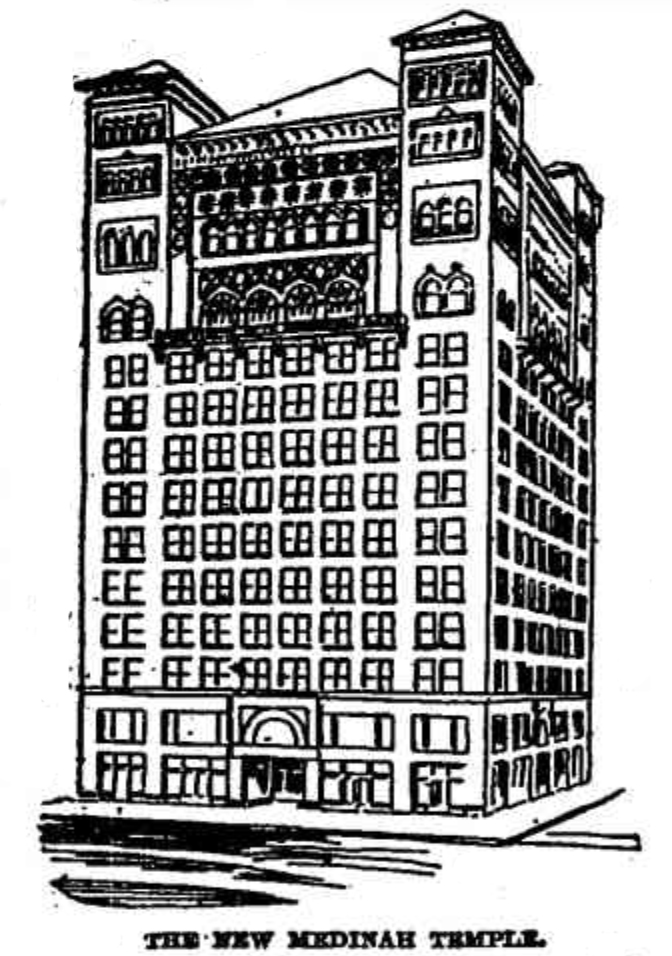 Foundations of the Medinah Temple to Be Laid Down at Once.

The Medinah Temple. for which Beers, Clay & Dutton are architects, is to be erected on the northeast corner of Fitth avenue and Jackson street. The contract for the foundations is set and work will be commenced at once. The structure is to have a frontage of 115 feet on Jackson street and 110 feet on Fifth avenue. It will be twelve stories high, entirely fireproof throughout, with a skeleton steel and iron construction with a rich, yellow terra-cotta and delicate gray pressed brick. Thq style of architecture is Spanish-Mooresque. The first and second stories will be used for stores and shops. The next eight stories are designed for manufacturers’ agents, the location in the vicinity of the great wholesale district being most suitable for this purpose. The eleventh and twelfth stories will be occupied by the shrine from which the temple gets its name, and will complete and carefully studied arrangement of especially adapted to its and finished in the most elaborate manner. The is projected by the Medinah Temple company, of Messrs. May, Stiles, Luce, Eddy, and Powell are among the leading spirits. The cost of the structure when completed will be about $500,000. 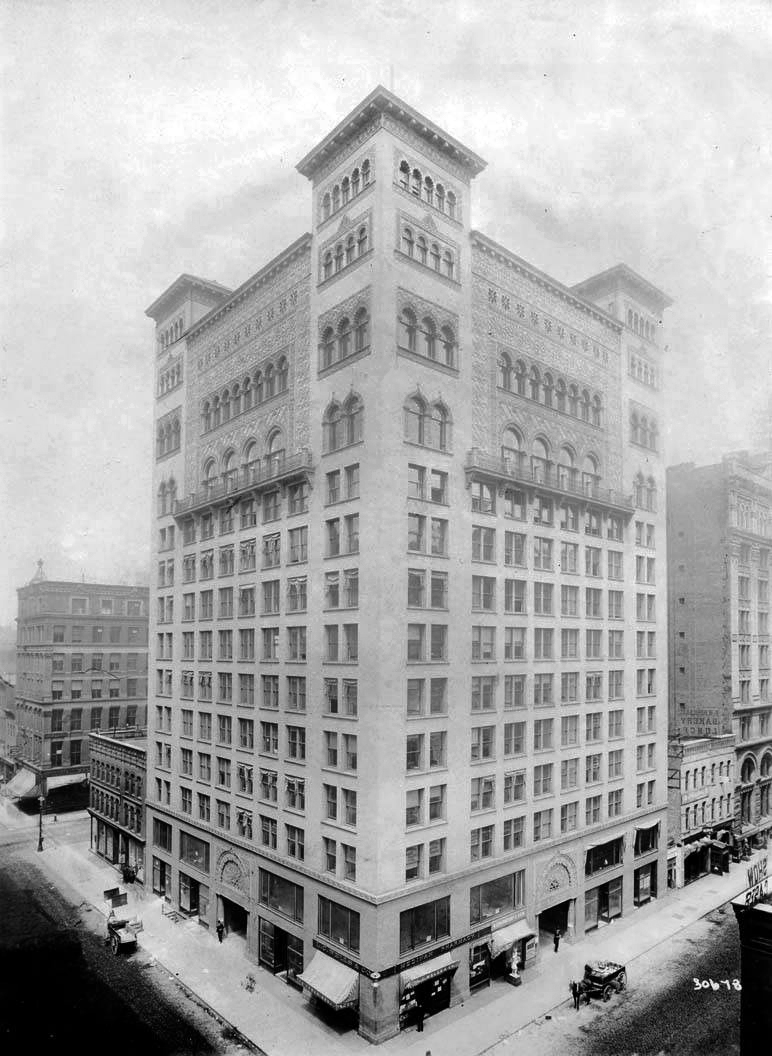 Northeast corner of Jackson Street and Fifth Avenue, erected by the Medinah Temple Company, cost $500,000; 12 stories in height, steel, terra cotta, and pressed brick. Frontage on Jackson 115 feet, on Fifth Avenue 110. The first 2 stories for stores and shops, the next eight for manufacturers’ agents, llth and 12th for the use of the shrine which built the Temple. 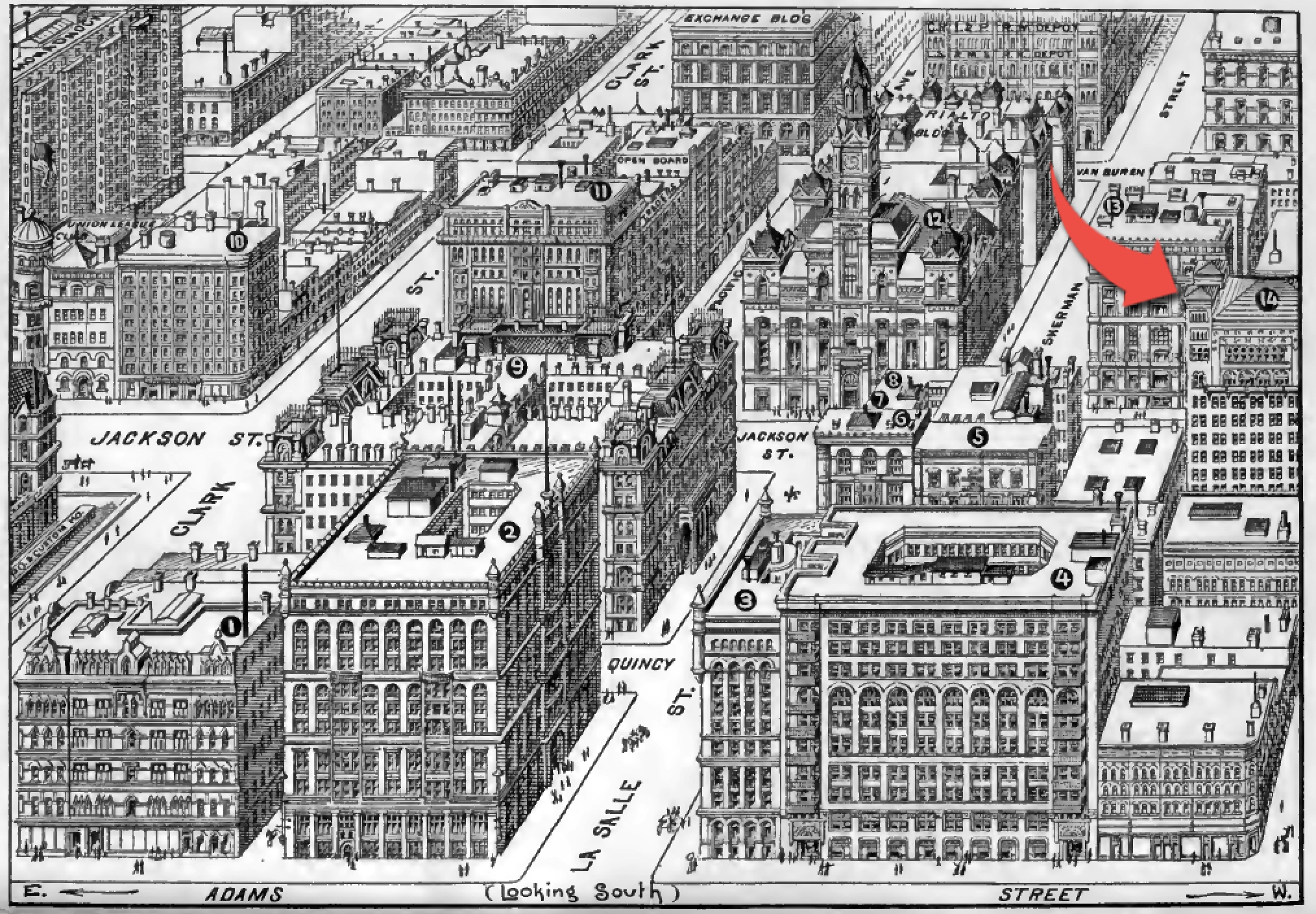 The Globe Wrecking company hns been awarded the contract and will start tomorrow demolishing the fourteen story Medinah building at the northeast corner of Jackson and Wells, owned by the Levy Mayer estate. This is one of the largest loop wrecking jobs in some time. The contract calls for demolition In less forty-five days. A two story “taxpayer” is to be erected on the site.