The property on Monroe street, 25×80 feet, south front, 116½ feet east of La Salle, has been sold by Barbara Evans to John Walker, for $90,000. E. H. Reed also conveys a one-sixth interest to the same property for $10,000 under date of June 20. This comprises part of the site for the New York Life Insurance building. 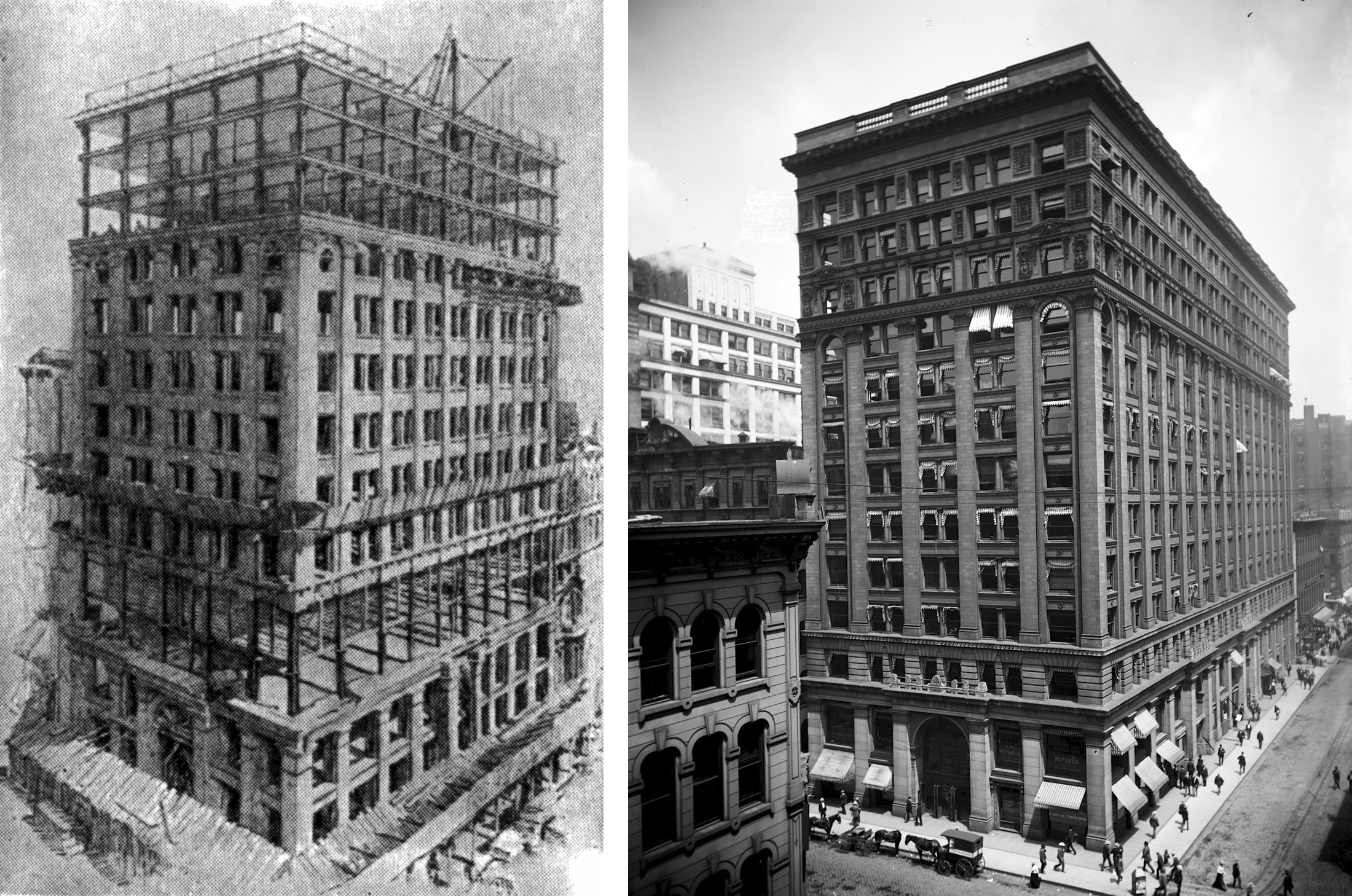 SUCCESSFUL TEST OF ELEVATORS.
Improved Machines In the New York Life Building Work Smoothly.
One the five Crane elevators being put in the New York Life Insurance Building at La Salle and Monroe streets was subjected top a series of tests yesterday to determine if it were up to contract requirements. These elevators contain several new improvements for the safety and comfort of passengers. One of these is an automatic stop, which prevents jerking in stopping the car. Although the car was run at full speed and the lever allowed to remain open the automatic device stopped it gradually and smoothly in every case. To test the speed and capacity 3,000 pounds of iron were loaded in the car, with six heavy men, making the load at the most conservative estimate 4,000 pounds. Several times the trip was made and it was found the speed was 400 feet a minute. A number of stops were made with the heavy load to show the easy starting and stopping. Finally the safety appliance was tried. The car with 3,000 pounds of iron and the engineer weighing over 200 pounds was taken up to the sixth floor, the lever was thrown wide open, and the car was allowed to drop as fast as it would. When the car had descended to the fifth floor the speed was fast enough to cause the governor to throw the safety appliance, and the car stopped smoothly and without a jar within four feet. Then the engineer unlocked the device from within the car, and in half a minute was able to descend slowly. It is estimated that with these five high-speed elevators in use passengers will not have to wait more than fifteen seconds for a car. 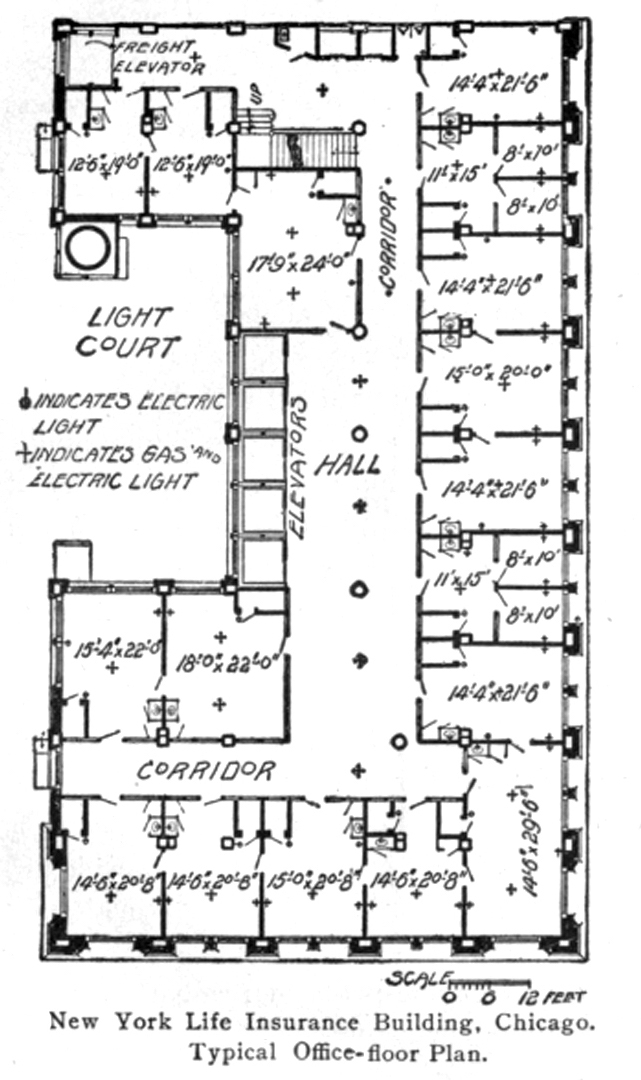 The building is now 14 stories high with one basement, on spread foundations with beam grillages, two stories having been added at a later date. The east half was built in 1898, 13 stories high, at which time one story was added to the west half. An additional story was added to the entire building in 1903. The building was set 4½ inches above normal grade, 2½ inches to 3 inches settlement being expected during construction with a soil pressure of 3,500 pounds per square foot. A complete steel frame was used with gusset plates for wind bracing. It is claimed that this is the first building in which the walls were not built from the ground up, but were begun at several floors.

The building is faced with brick and terra cotta trim in the classical style. Prior to the additions, a cornice and parapet encircled the top, however these were removed to accommodate the expansion. The lobby retains its white and gray marble cladding and mosaic tile floor. Light fixtures are deco and appear to be from the 1920s.

Kimpton Hotel & Restaurants announced plans in August 2014 to convert the building into a four-star hotel.

It was designated a Chicago landmark in 2006, and Kimpton CEO Mike Depatie said the plan is to “maintain the look and the feel of this beautiful 1894 vintage building.”

In 2006 there was a plan to tear down half of the total area of the building to make way for a 51-story high-rise, encroaching on the original building’s footprint. That project never materialized 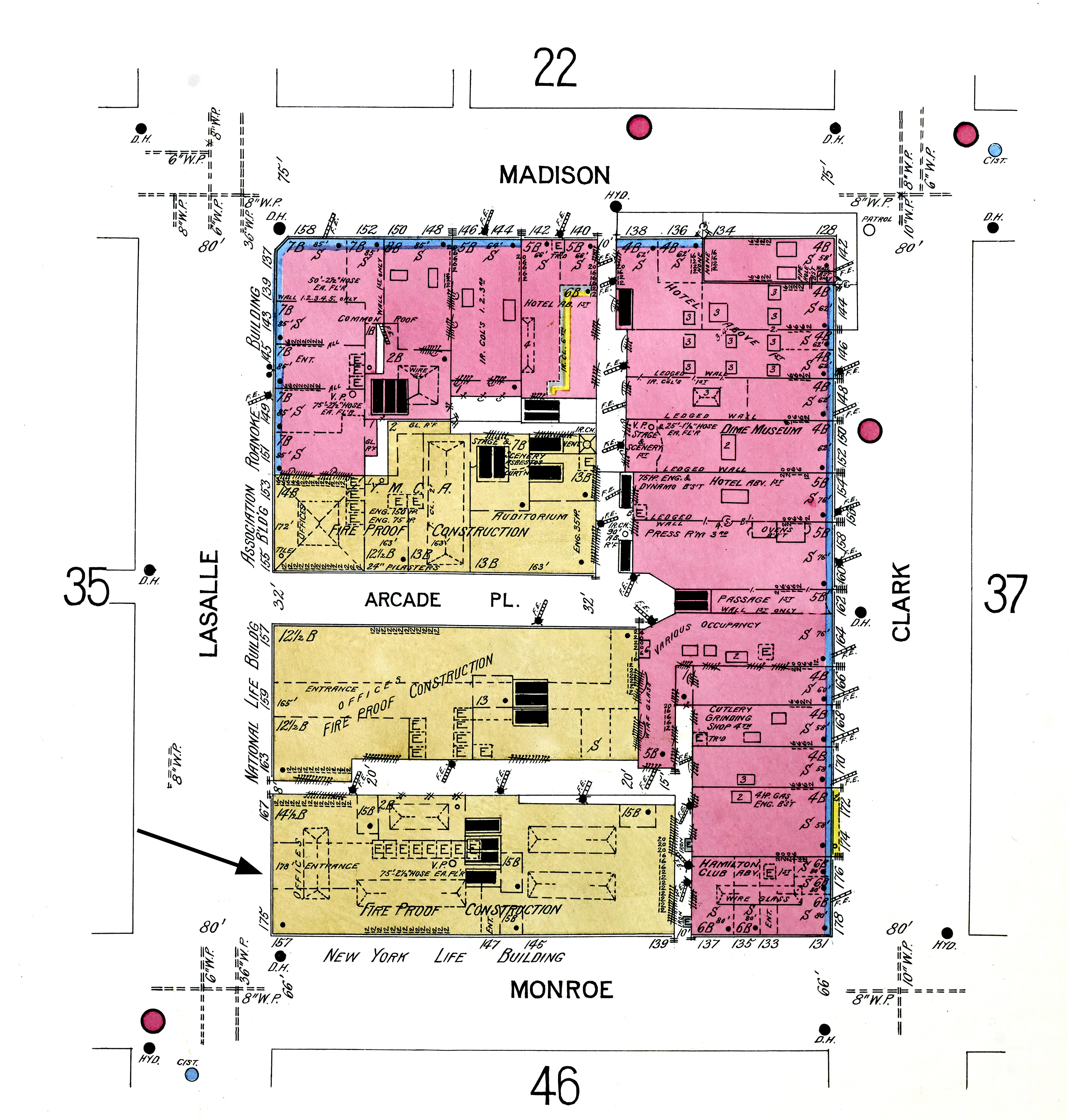