< --Previous  Up  Next–> Coliseum II
Life Span: 1899-1982
Location: Wabash avenue, between Fourteenth and Sixteenth streets
Architect: TBD The Libby Prison Museum had been a profitable venture, but the saturation point of the museum business had been reached along about 1897. Charles Gunther and his associates began to consider plans for turning their investment to other, more profitable uses. They concluded that the extensive site and its convenient location lent themselves admirably to a great exhibition and convention hail. Even the surrounding wall could be used for the Wabash av. facade of the new building. And what more befitting the ancient architecture of the wall and of the projected purpose than to resurrect the name of the Coliseum, in which a national political convention—that of 1896, which nominated Bryan—had been held?

The following year the old prison was torn down for good. Enough bricks and the wooden doors and shutters were donated to the Chicago Historical society to form the north wall of its Civil war room, and the remainder was sold to builders. A barn in Indiana was constructed almost entirely of the prison timbers. Gunther resumed possession of his contribution to the contents of the museum, and other relics were sold. At Gunther’s death in 1920 the candy maker’s collections were purchased by the historical society, of which hie had been a director for 20 years, with the proviso that duplicate and extraneous material could be sold. So, in 1925-26 the Gunther collections in excess of what the historical society retained were sold at two notable New York auctions. 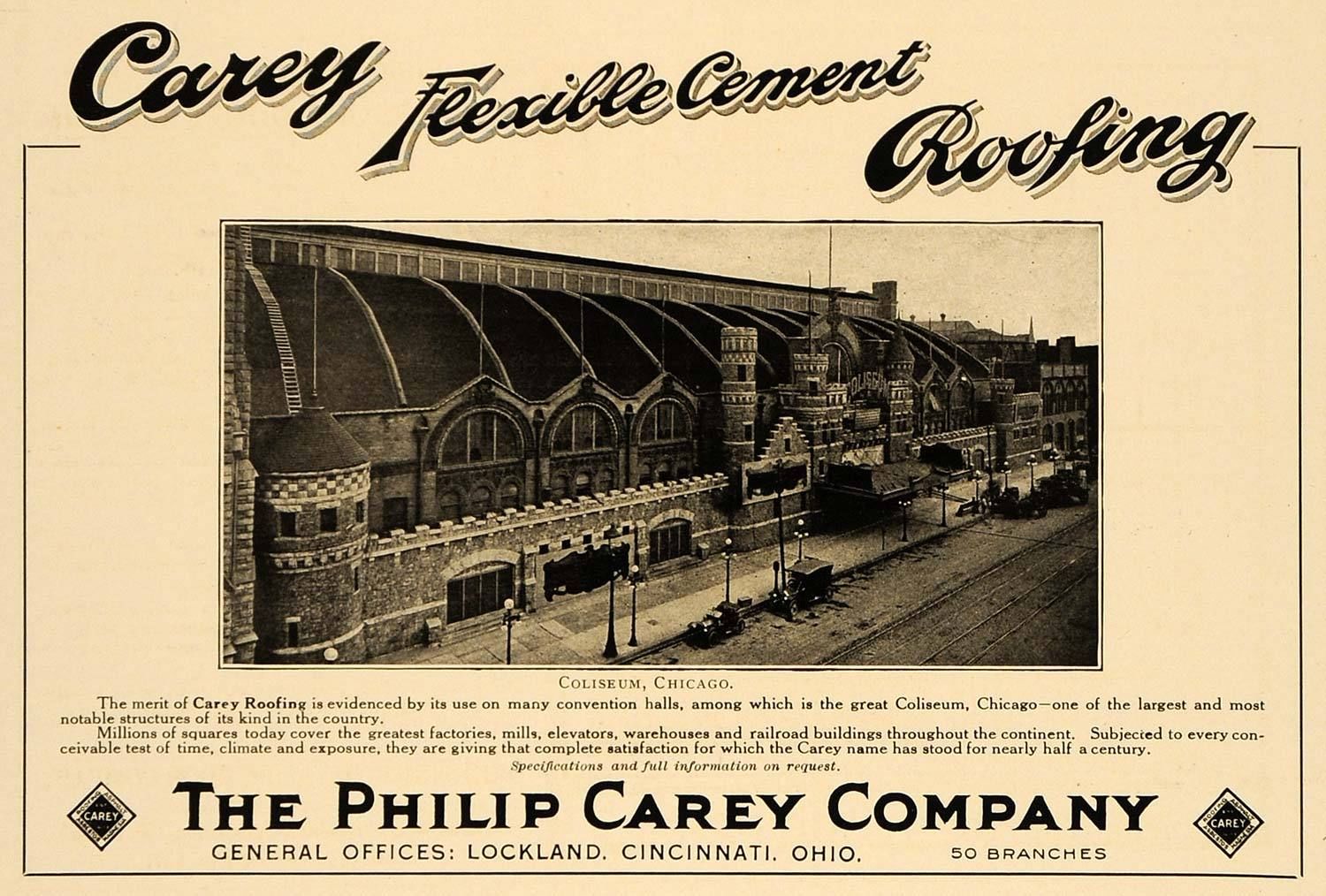 Construction of the new Coliseum was begun in 1899. And now history repeated itself. The new Coliseum collapsed in course of construction Aug. 28, 1899, just as did the former Coliseum at 63d st. while being erected in 1895. Twelve great iron arches that were to have held the roof tumbled like a row of dominoes.

Reconstruction of the wrecked Coliseum was begun at once and completed in 1900, but not soon enough for its owners to bid for the Republican and Democratic national conventions.

In January 1902 the Coliseum Garden Company procured a five year lease from the Coliseum “to provide music and high class vaudeville entertainments.” For the months of June, July, August and September.

Until 1908 the Coliseum hosted the notorious First Ward Ball, an annual political fundraiser for the two First Ward aldermen “Bathhouse” John Coughlin and Michael “Hinky Dink” Kenna – Coughlin and Kenna had been known as the “Lords of the Levee”. The Ball was finally closed down in 1909 by Mayor Fred Busse.

From 1904 through 1920, this Coliseum hosted five consecutive Republican National Conventions, and the Progressive Party convention in 1912. 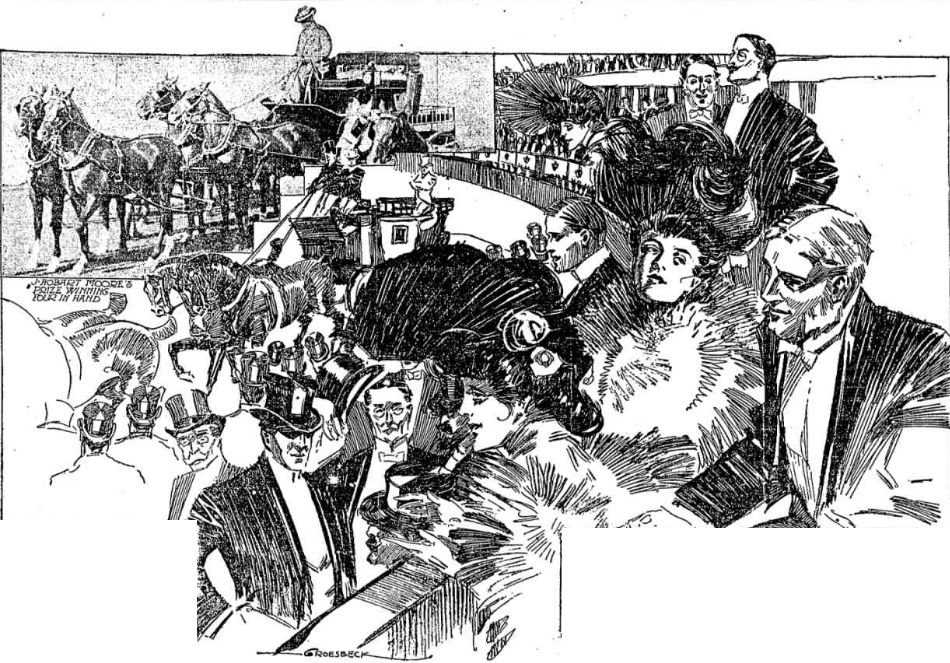 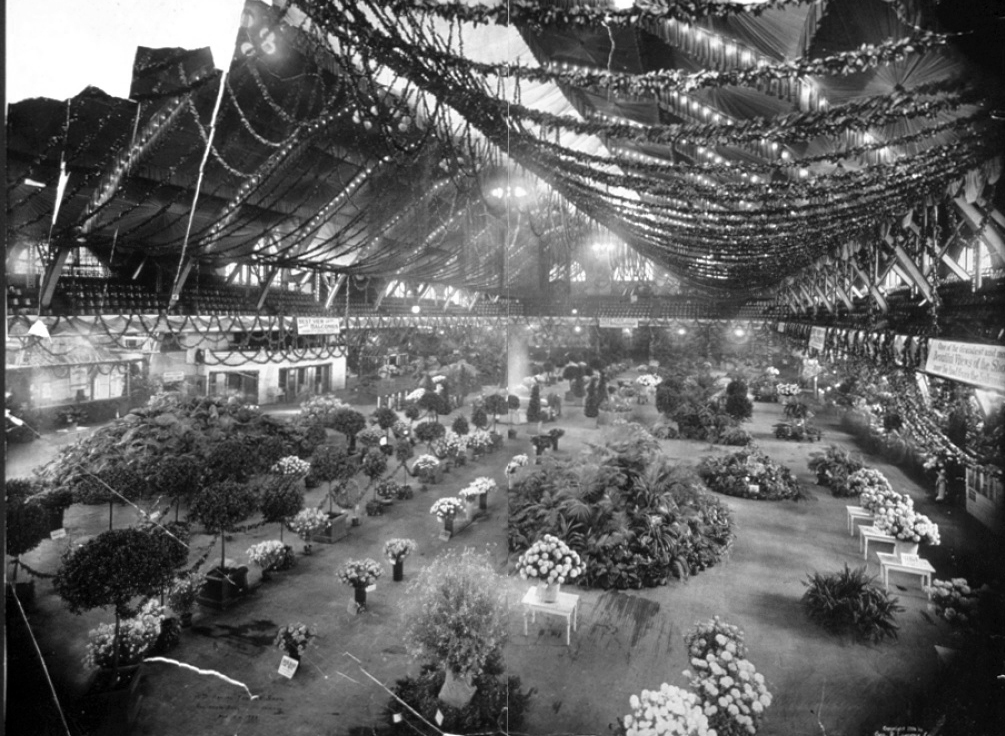 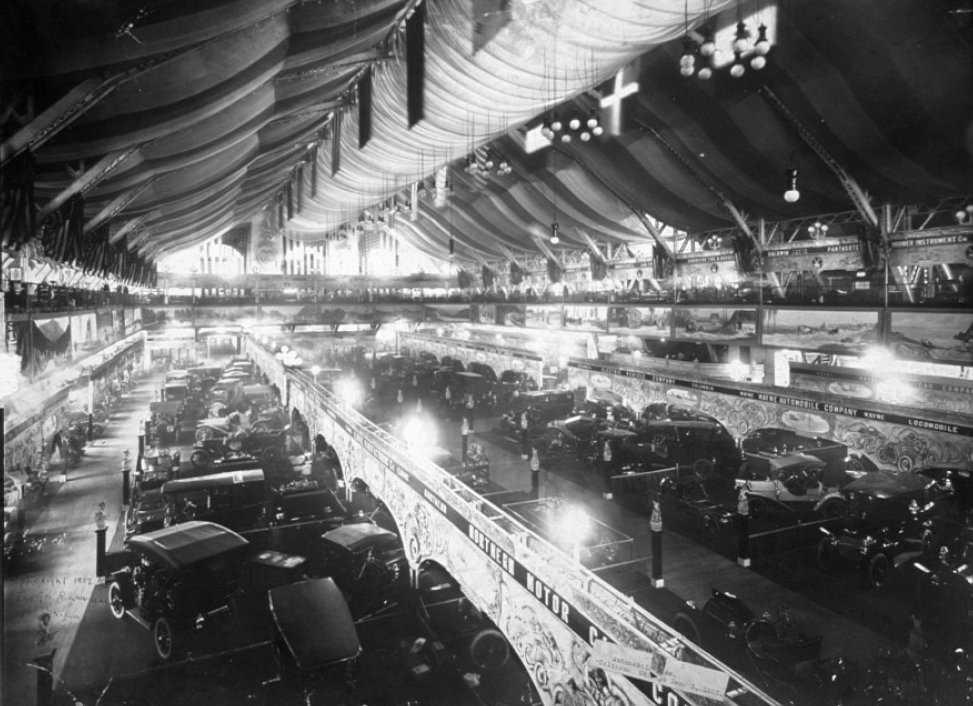 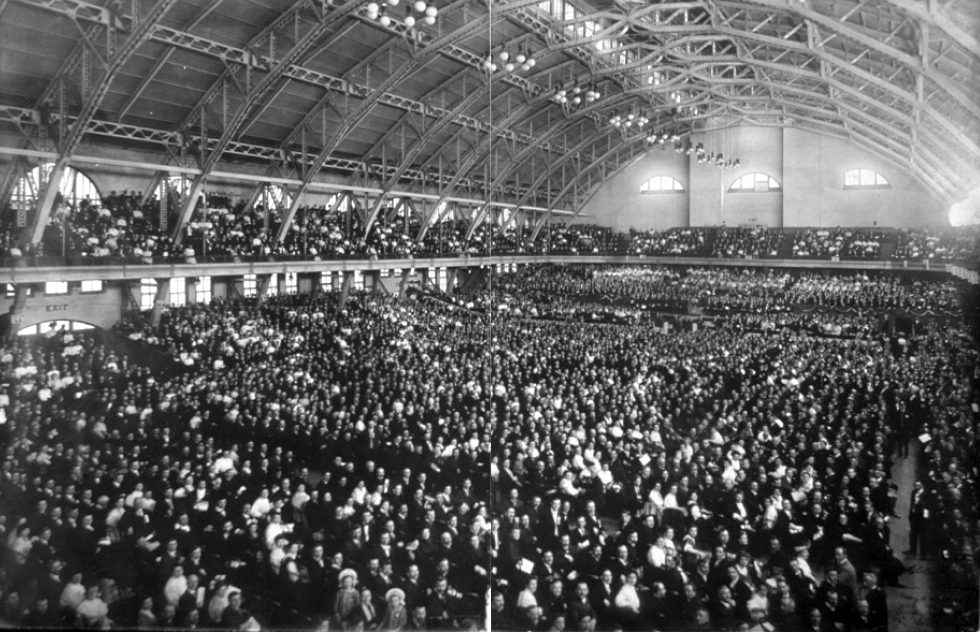 When the modern, much larger Chicago Stadium and International Amphitheater opened in 1929 and 1934 respectively, the Coliseum was reduced to a venue for lower-class spectacles and ethnic gatherings. The Chicago Blackhawks Hockey team moved to the Chicago Stadium in 1929, and the Chicago Auto Show moved to the International Amphitheater in 1935, leaving the Coliseum to struggle for tenants. The Coliseum held the first-ever roller derby event in 1935; professional wrestling; depression-era dance marathons of the kind seen in the film They Shoot Horses, Don’t They?; lower-card boxing matches; the first interracial professional basketball tournament (as highlighted in Kareem Abdul Jabbar’s 2011 documentary On The Shoulders of Giants); and the 1940 American Negro Exposition, a sort of World’s Fair for African Americans during the segregation era. During World War II, the languishing Coliseum became a training facility for American troops.

The arena was re-furbished for use by the Chicago Packers, an expansion NBA team. Among the improvements was an increase of the seating capacity to 7,000. After playing their first season in the International Amphitheater, the Packers changed their name to the Zephyrs and moved into the Coliseum in 1962. In 1963 they moved to Baltimore and once again renamed the team, as the Bullets (Washington Wizards). The NBA would return to Chicago with the Bulls expansion team in 1966, but the Bulls opted to use the International Amphitheatre and then Chicago Stadium as their home courts, so the Coliseum remained without a major tenant.

The Coliseum was finally closed to the public due to multiple fire code violations on March 13, 1971, just five days after a Chicago Fire Department captain was injured during a skirmish between patrons resulting from failure of the closed circuit television broadcast of the Muhammad Ali-Joe Frazier championship fight. From 1971 through its demolition in 1982, the historic building in the dilapidated neighborhood was used for automobile parking and boat storage.