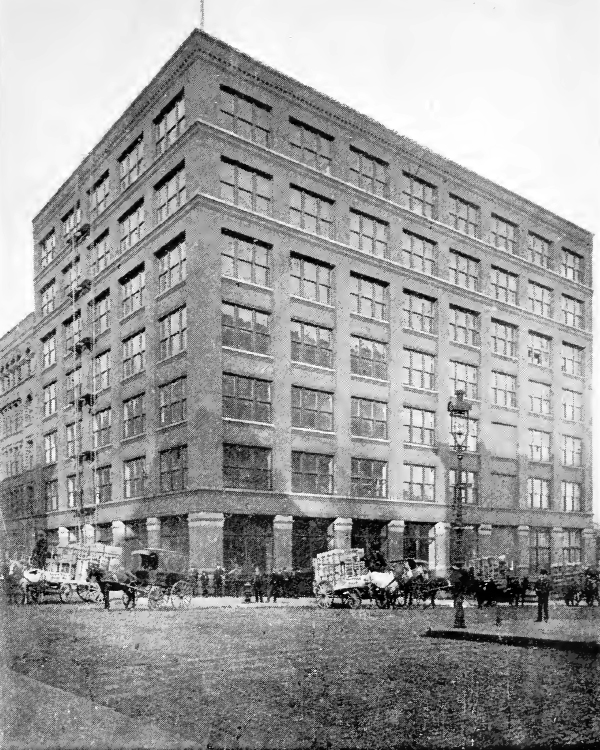 Alexander Thompson and James Taylor, both packagers and purveyors of coffee and spices before the Chicago Fire, became partners around 1873. They set up shop in the old South Water Market, where the city’s wholesale food and grocery businesses were clustered.

Located at Michigan ave. and Lake st. This is one of the largest houses of its kind in the world, and its business of late has been growing immensely. The new building of the company is a decided ornament to the grocery district. It is about ninety feet wide by 130 feet long, with light on three sides. It is seven stories high, giving a total height above ground of about eighty-five feet. Boilers and engine of 200 horse-power are located in the basement for driving the machinery throughout the building and the electric light plant. The coffee machinery occupies the top story and parts of the sixth and fifth. There are twenty-two roasters in one line, with coolers and stoners of corresponding capacity, and a most complete outfit for polishing, milling and separating green coffee in large quantities. The establishment is the most perfectly equipped of any in existence in the country, and is worthy of a visit from strangers. 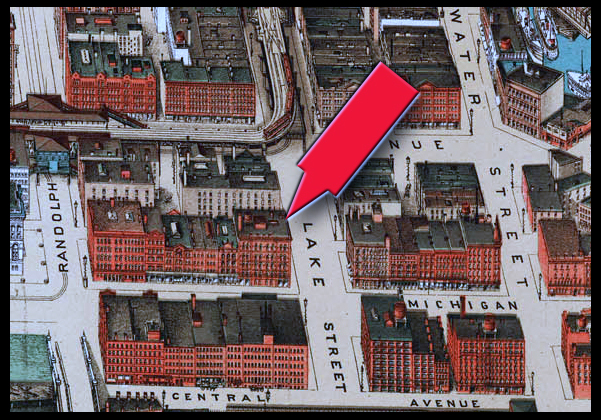 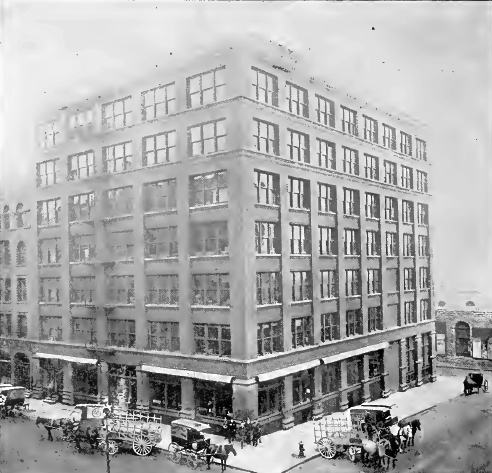 When their business outgrew its quarters, Thompson and Taylor decided to build outside downtown, along the South Branch of the river at 500 W. Cermak. Their factory and warehouse was completed in 1911, expanded in 1917. Architects Chatten & Hammond clad the building in face brick and added geometric terra cotta decorations to create an industrial building handsome enough to serve as a symbol of the company.

This building is also a site of paranormal activity. 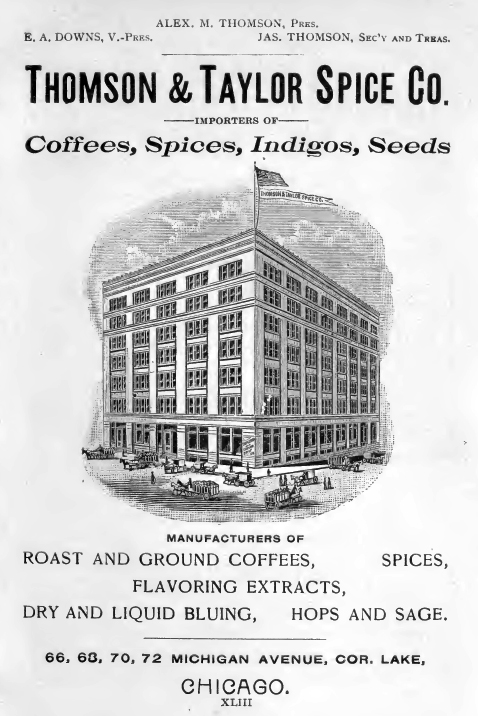