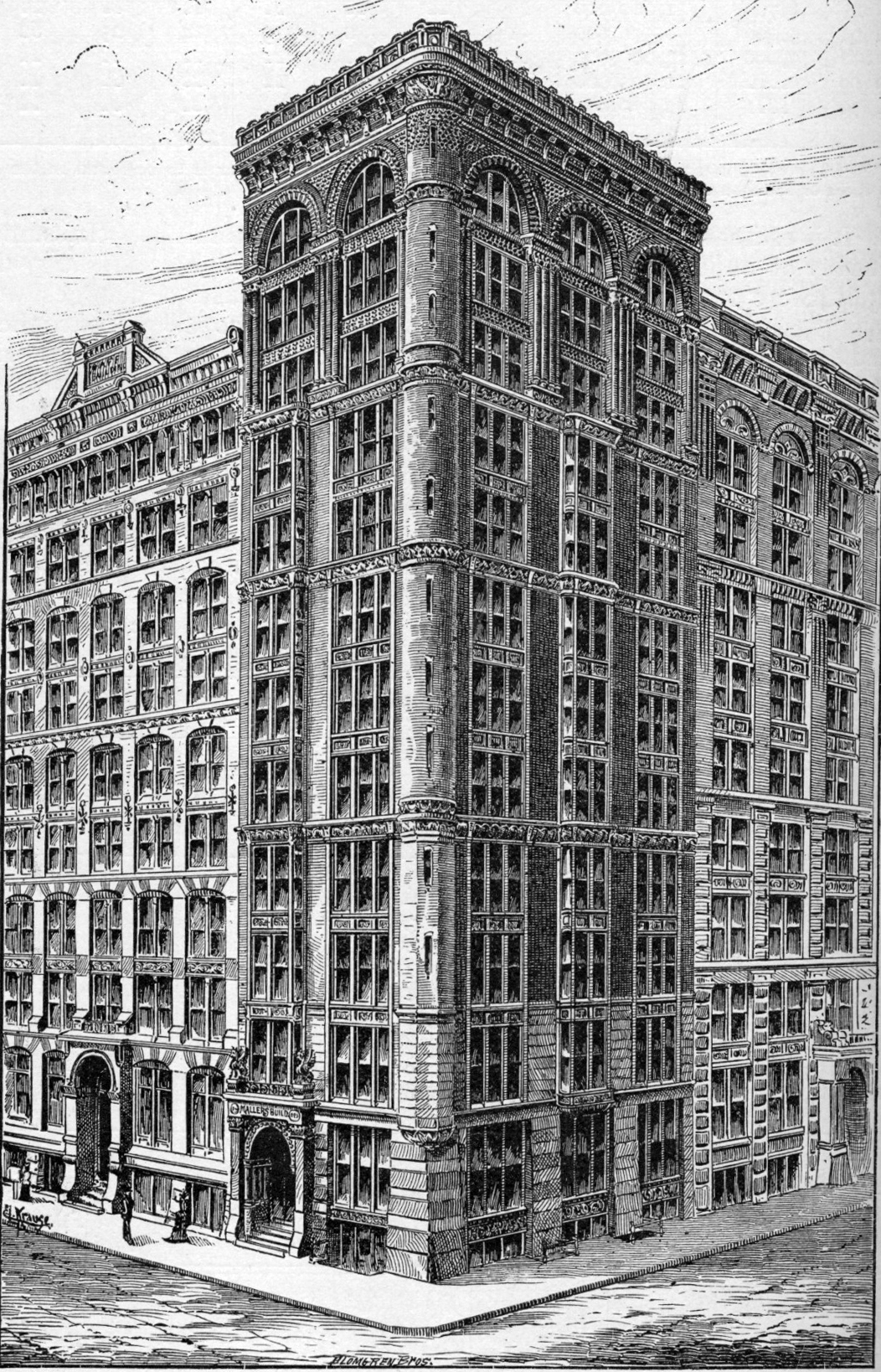 224-26 S. LaSalle street, formerly the Farwell Trust building and the Provident building, was at the southwest corner of W. Quincy. John J. Flanders was the architect. This was the first 12-story building in Chicago and was on spread foundations, with one basement. The south and west walls were party walls. Occupying a lot but 38 feet on La Salle by 59 on Quincy Street, is 12 stories and basement, or 175 feet high. It has 2 elevators and 200 occupants, who are of all classes of light business. It cost $275,000 in 1884, and was for awhile the highest office building in Chicago. It is all steel, pressed brick, and stone. 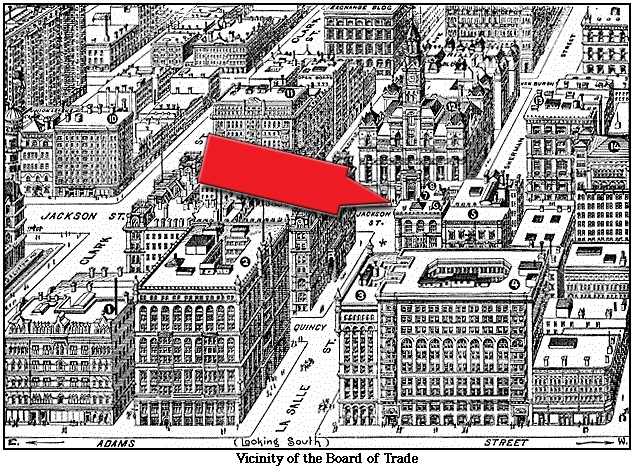 Mallers, Gaff & Counselman Buildings (arrow) which were all removed in 1920 and replaced by the Federal Reserve Bank

GAFF building, 1884-1920, was at 230 S. LaSalle street, on the site of the present Federal Reserve Bank building. It was nine stories high, with a high basement, on spread foundations. Stephen V. Shipman was the architect.

COUNSELMAN building, 1884-1920, was at the northwest corner of S. LaSalle and W. Jackson streets on the site of the present Federal Reserve Bank building. It was designed by Burnham & Root, architects, and was nine stories high, with one basement, on spread foundations.