Steinway Hall was an 11-story (then) skyscraper opened in 1896. The building was built by the piano makers Steinway & Sons and the theater was one of many Steinway Halls around the world designed to showcase company products. Located on Van Buren Street, near Michigan Avenue, the Steinway Hall was located in the Chicago Musical College Building, The building for a time in the early 1900s was the offices and nucleus of a group of famous Chicago architects that included a young Frank Lloyd Wright. These young architects, inspired by the Arts and Crafts Movement and the philosophies of Louis Sullivan, formed what would become known as the Prairie School. 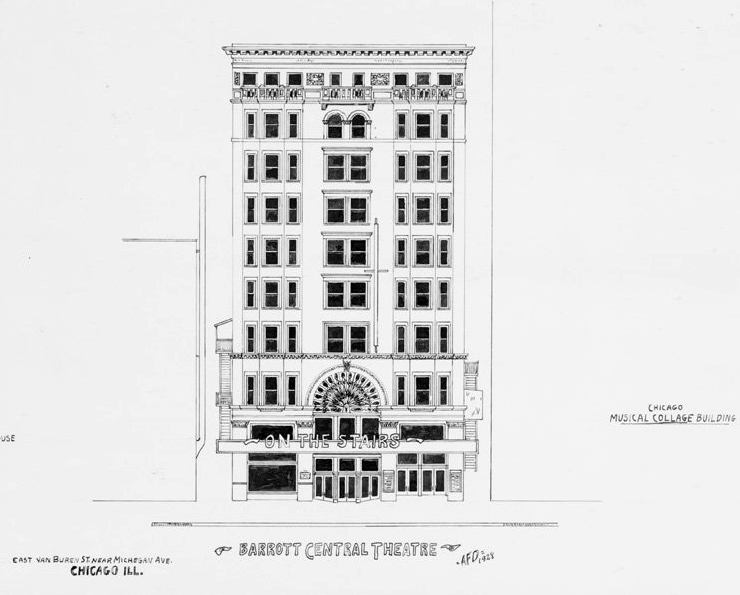 In 1930 it became a movie house called the Punch & Judy Theatre. In about 1931 it was renamed back to the Central Theatre and did live performances again, but in 1934 it went back to movies and was renamed the Sonotone Theatre. It was later renamed the Studio Theatre, the Ziegfeld Theatre, and finally the Capri Cinema in 1958. Capri Cinema ran adult films towards the end, closing in the late 60s. The theater was demolished with the building in 1970. 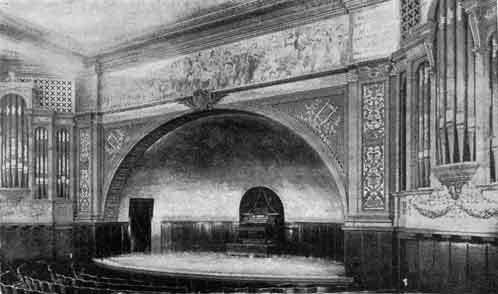