Dating or appraising books printed by Donohue & Henneberry is outside the scope of Chicagology, which is more focused on architecture. Donohue & Henneberry printed inexpensive & unauthorized copies of popular books and often did not put copyright dates because they did not own the material (not original publisher).

DO NOT CONTACT CHICAGOLOGY ABOUT DATING OR APPRAISING YOUR BOOK.

Donaghue (sic) & Henneberry have rented the new building being built at Congress street and Wabash avenue for $18,000 and $20,000 for five years. The foundations, 80×150 feet, are not even started—as an incident which shows the drift of values southward, and the demand for first-class accommodations. 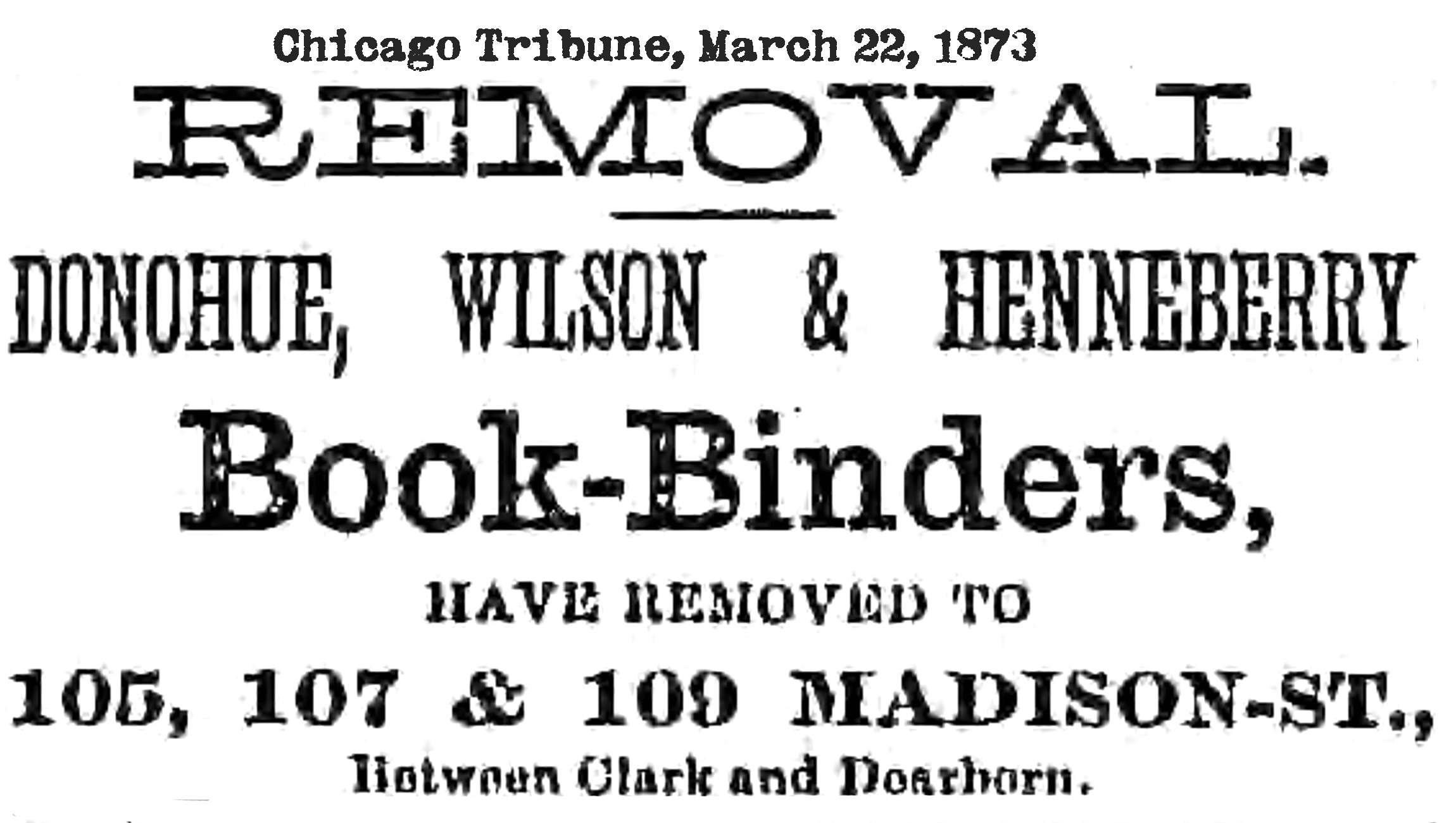 M.A. Donohue & Co. based in Chicago, Illinois was established in 1871. The company was founded by two bookbinders, William P. Henneberry and Michael A. Donohue. The company was initially known as Donohue & Henneberry. The publisher’s original location was 407-429 Dearborn St. in Chicago’s South Loop. The company was known for inexpensive editions of popular works of fiction. It focused on publishing sets and series of books (i.e. “libraries.”) In 1903, Donohue bought out his partner, Henneberry, and changed the company name to M.A. Donohue & Company. It continued in business to the 1960s at 711-727 S. Dearborn St., Chicago. The building was converted to condos in 1980.

From The Standard Guide to Chicago For the Year 1891

Donohue & Henneberry, the printers, binders and publishers. This was one of the first of the great office buildings erected on South Dearborn street. It has a frontage also on Third avenue. It is eight stories in height and finished after the most modern fashion. The upper part of the building is occupied by the various departments of Donohue & Henneberry’s establishment -counting rooms, offices, book rooms, composition rooms, bindery rooms, etc. The lower floors are given over to numerous publishing firms, newspaper offices, advertising offices, printers’ supply offices, etc. The immense basement is occupied by Donohue & Henneberry’s presses—book, job, newspaper, etc., of the latest and most approved modern make. The firm of Donohue & Henneberry is one of the most prominent in the United States. It turns out an immense number of bound volumes annually, besides catalogues and other printed matter of the higher grade. 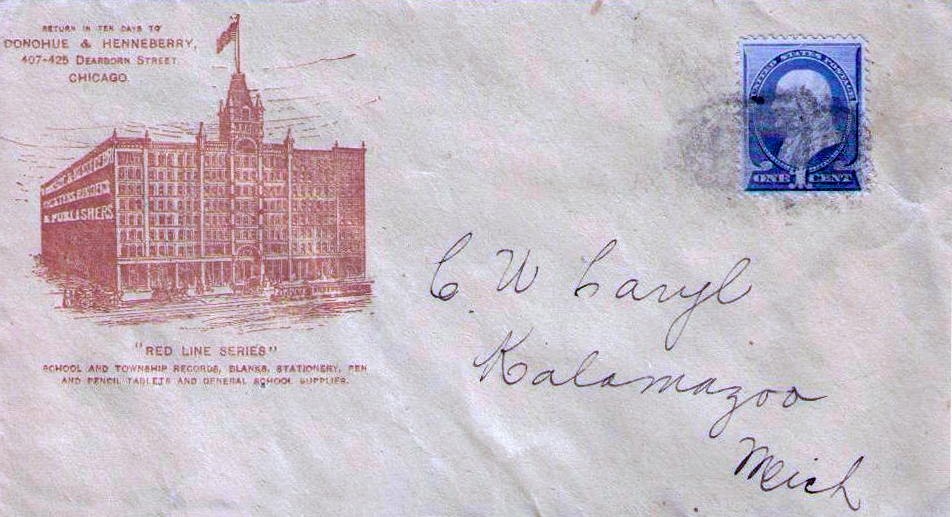 The Donohue & Henneberry Building Stands in front of the Dearborn Station, near the northeast corner of Dearborn and Polk streets, at Nos. 407-425 of the former street. It has frontages of 180 feet on Dearborn Street and Plymouth Place, and is 71 feet deep and 120 feet high. It has 8 stores, 30 offices, 1,700 inhabitants, and 1 passenger elevator; stone, brick, and terra-cotta exterior; occupied by printers, publishers, book-binders, and printers’ supply houses. Erected in 1886. 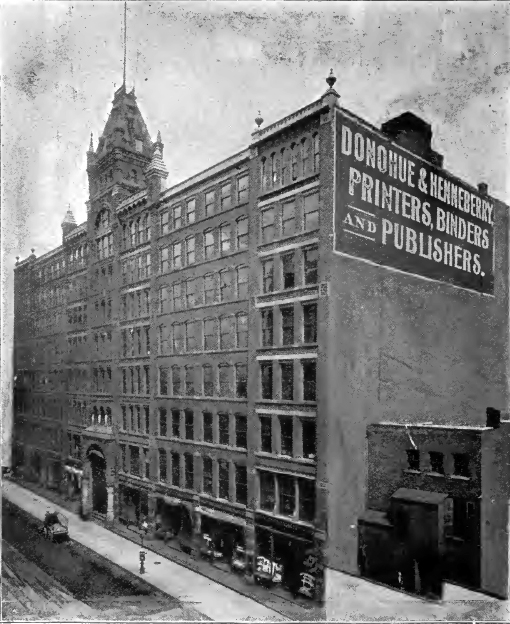 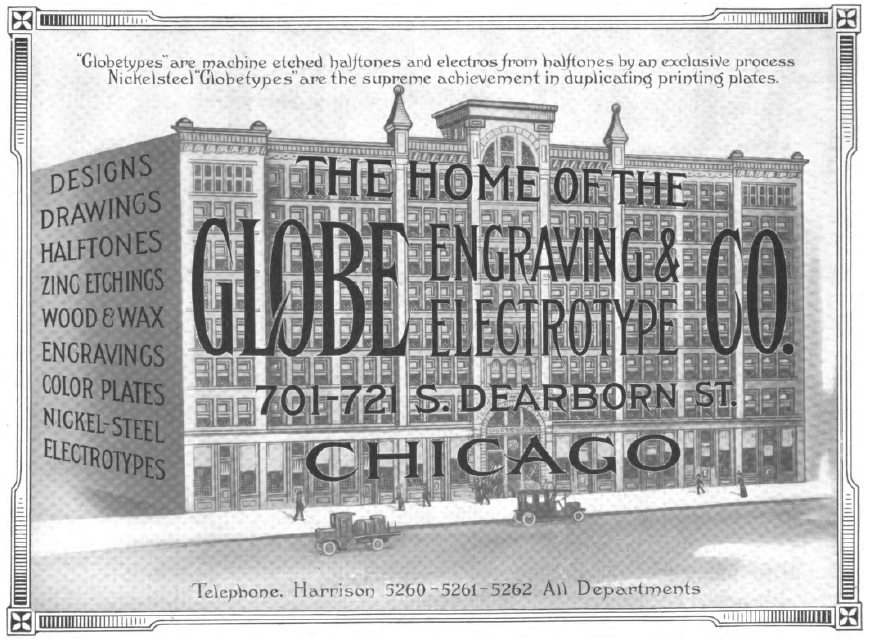 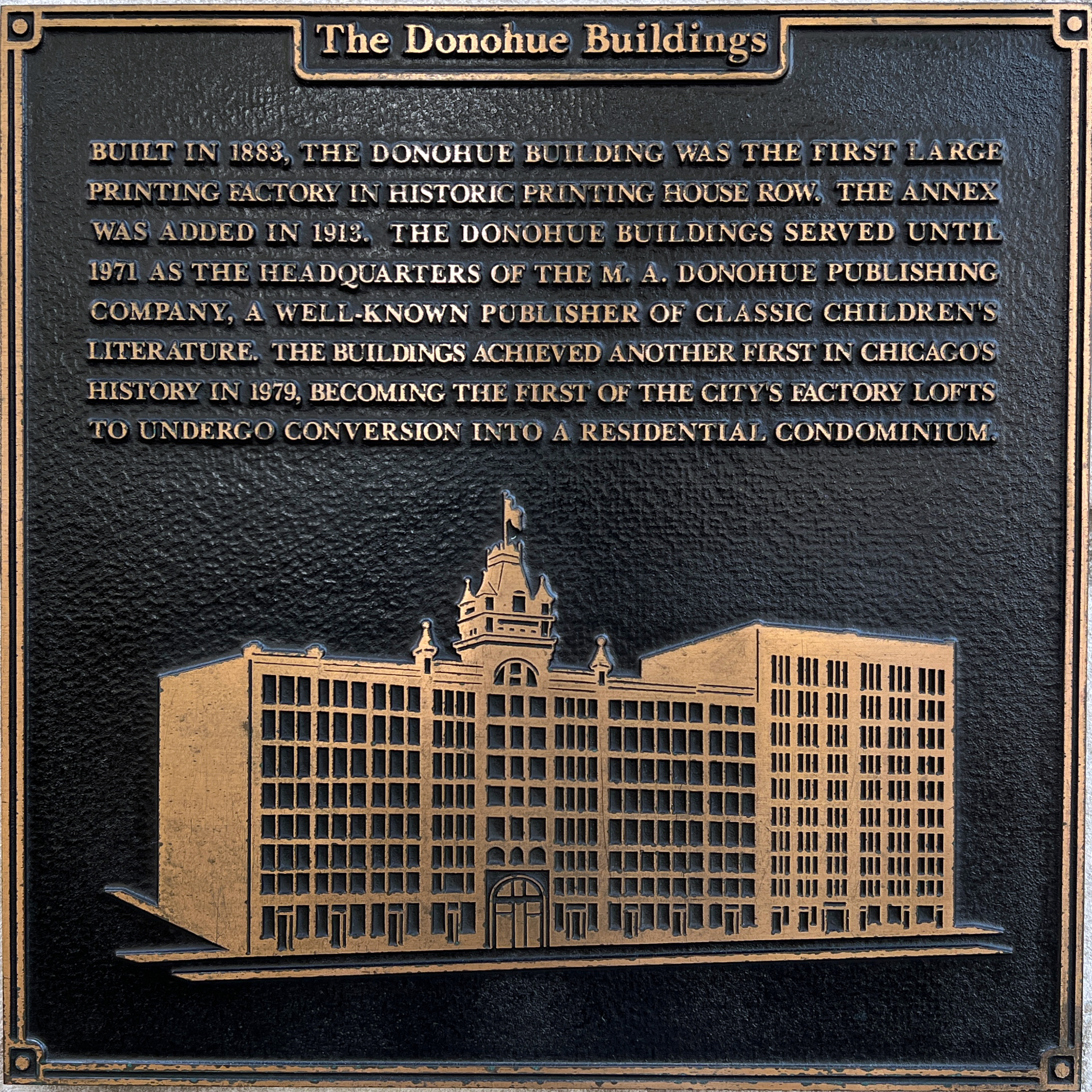 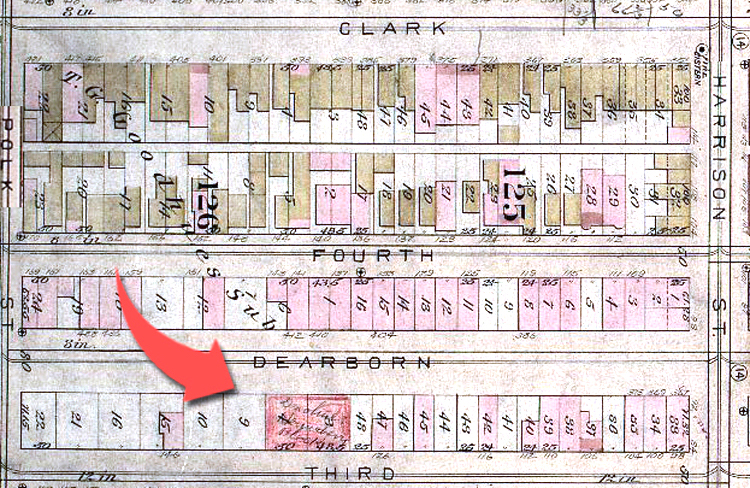 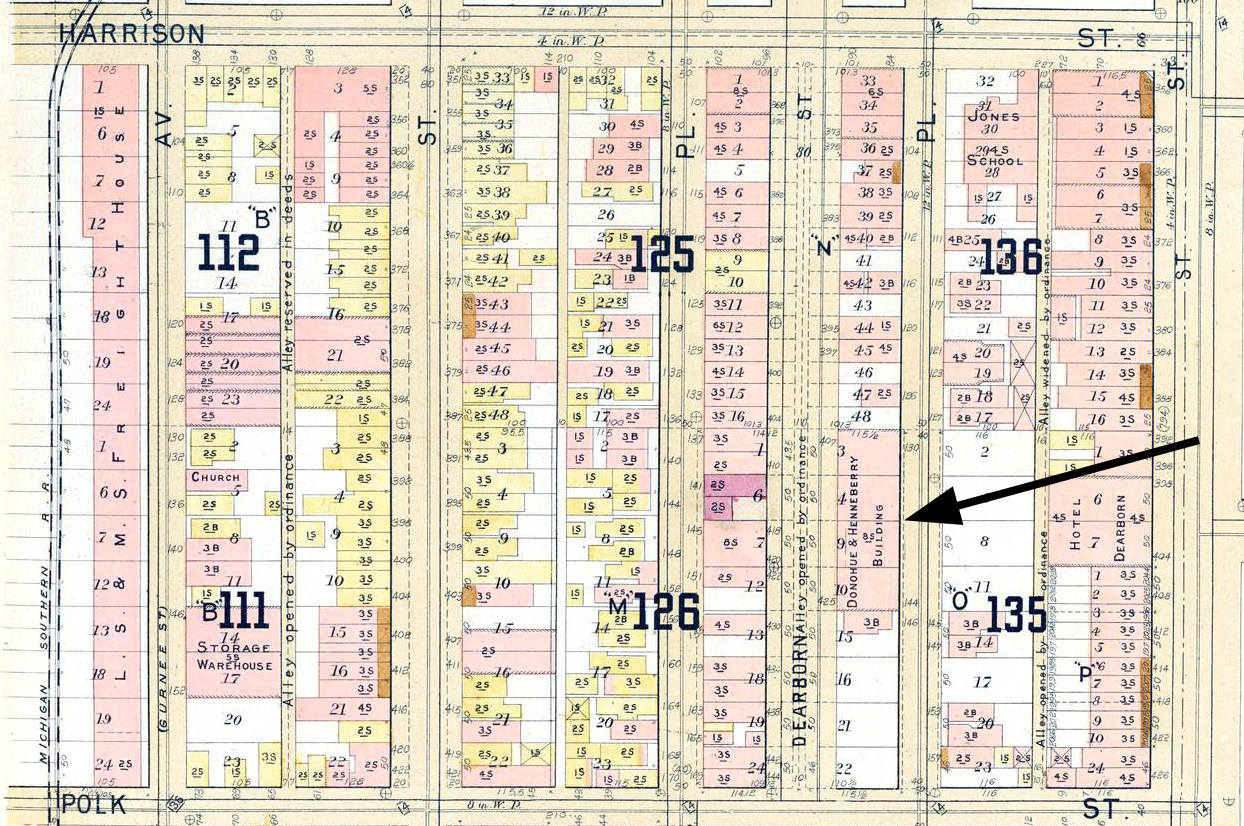