PEOPLES GAS CO. Building I was a six-story building with one basement, built in 1883 as the Brunswick Hotel, and wrecked in 1910 to make way for the present building. 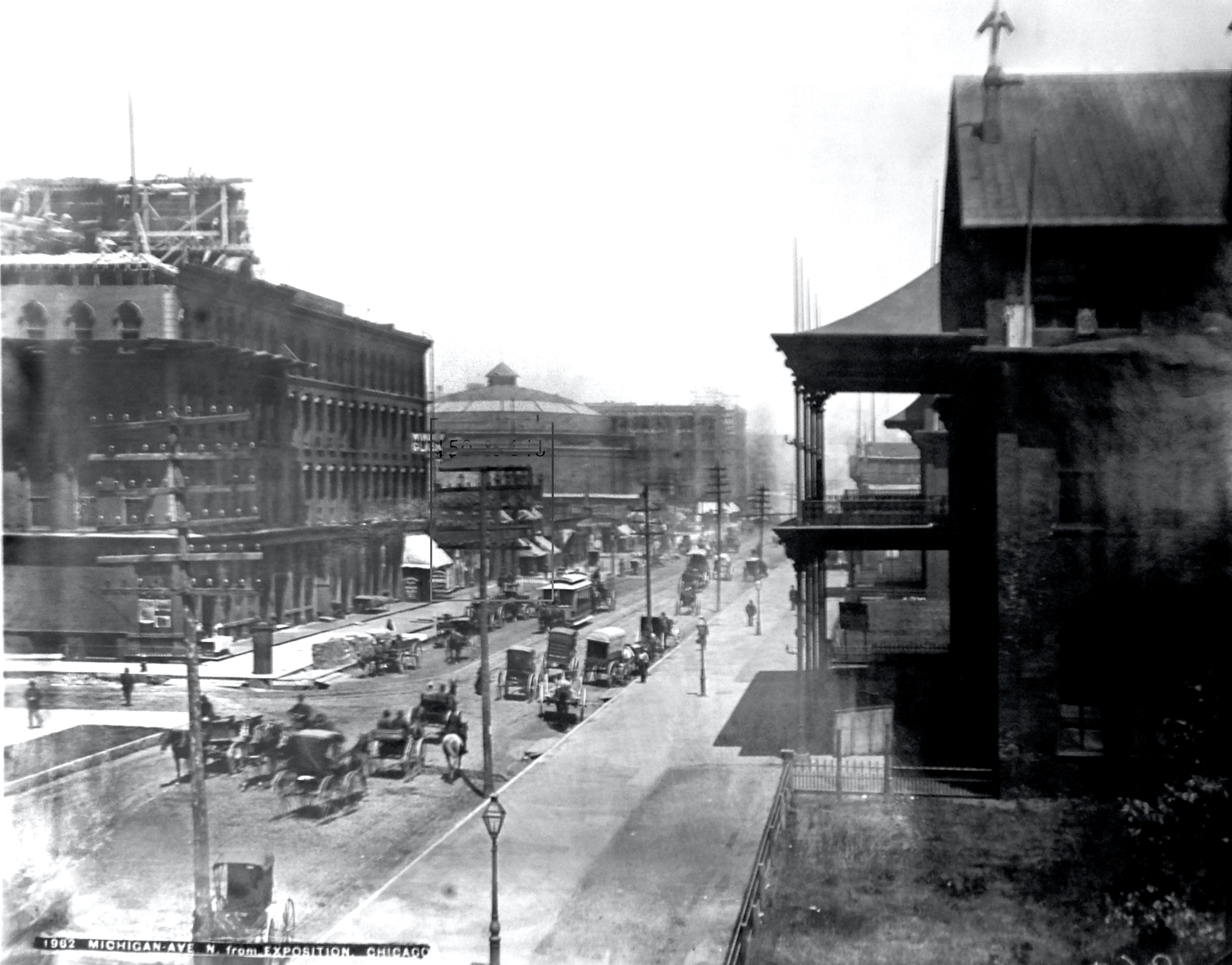 The home of the Chicago Woman’s Athletic club at 150 Michigan avenue will be opened next Wednesday with a reception, for which 1,200 invitations have been issued. The organization represents an innovation among women’s clubs, and an experiment which has attracted attention throughout the country. Mrs. P.D. Armour Sr. is President of the club, and Mrs. R.S. Lyon is manager. The rooms are almost completed. They comprise reception and tea rooms and a library to represent social life of the club, and a swimming pool, gymnasium and bowling alleys, with complete equipment and competent instructors, for the sthletic side. The swimming pool is the chief pride of the club members. It is sixty-five feet in length and eighteen feet in wudth. Its walls are of marble and mirrors, with four large electric light globes set in the center of the ceiling. In the basement are bowling alleys. On the first floor, in addition to the pool, are the offices of the club, the reception-room, Turkish baths, and gymnasium. On the second floor are the library, the parlors and tearooms, finished in golden brown, dark green, and red, with fireplaces of iridescent tile. The gymnasium is a round apartment, with ample floor space, and is circled about on the second floor by a running gallery. Work on the building has been delayed by different causes, and has not progressed as far as had been expected, and in consequence the clubrooms will not present at the time of opening the finished aspect they will later. The reception on Wednesday will be from 2 to 4 in the afternoon and from 1 to 11 in the evening. The officers and directors of the club will receive, and the rooms will be open for the inspection of guests. The membership of the club comprises several hundred Chicago women. 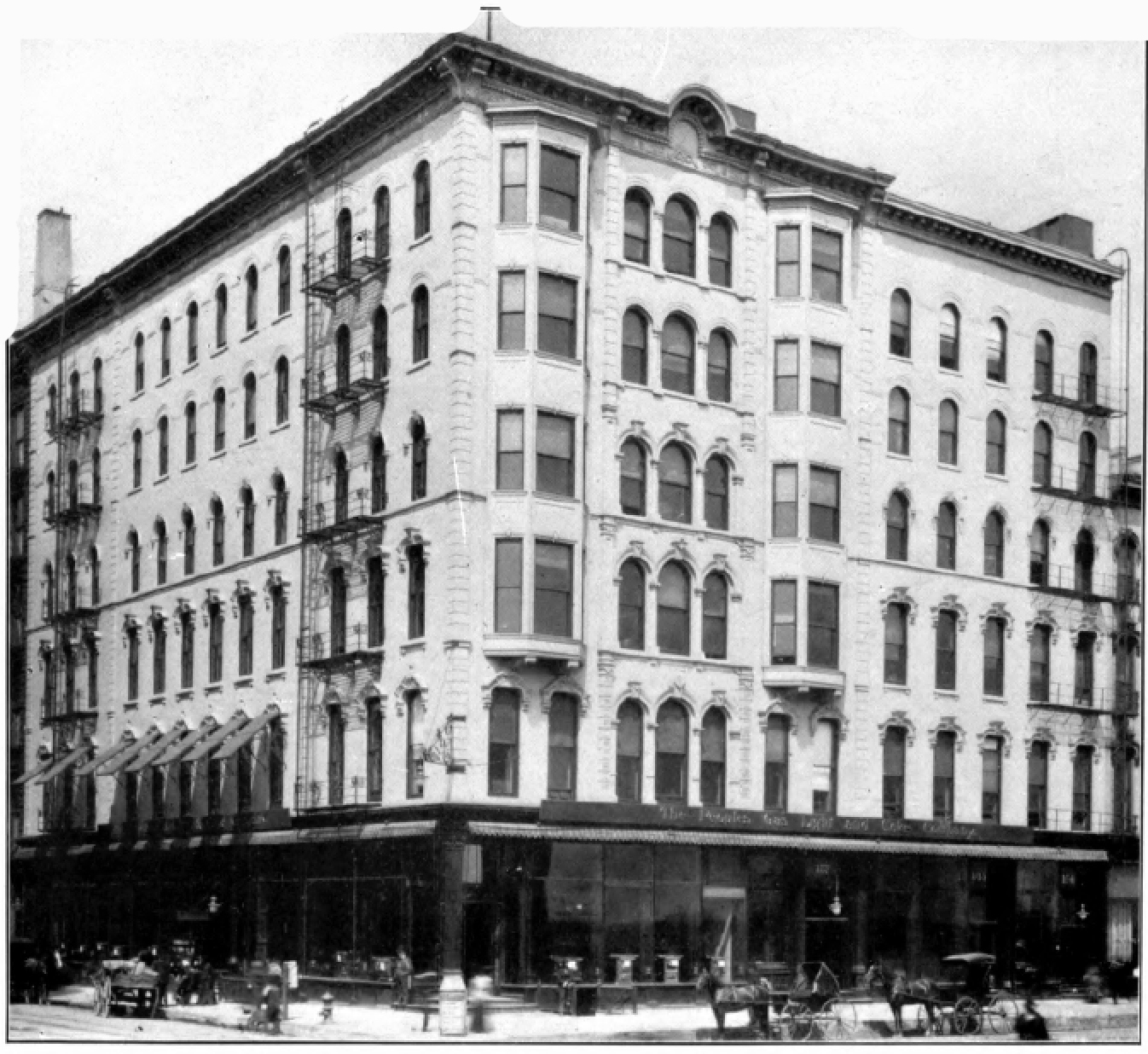 People’s Gas Building I
About 1900 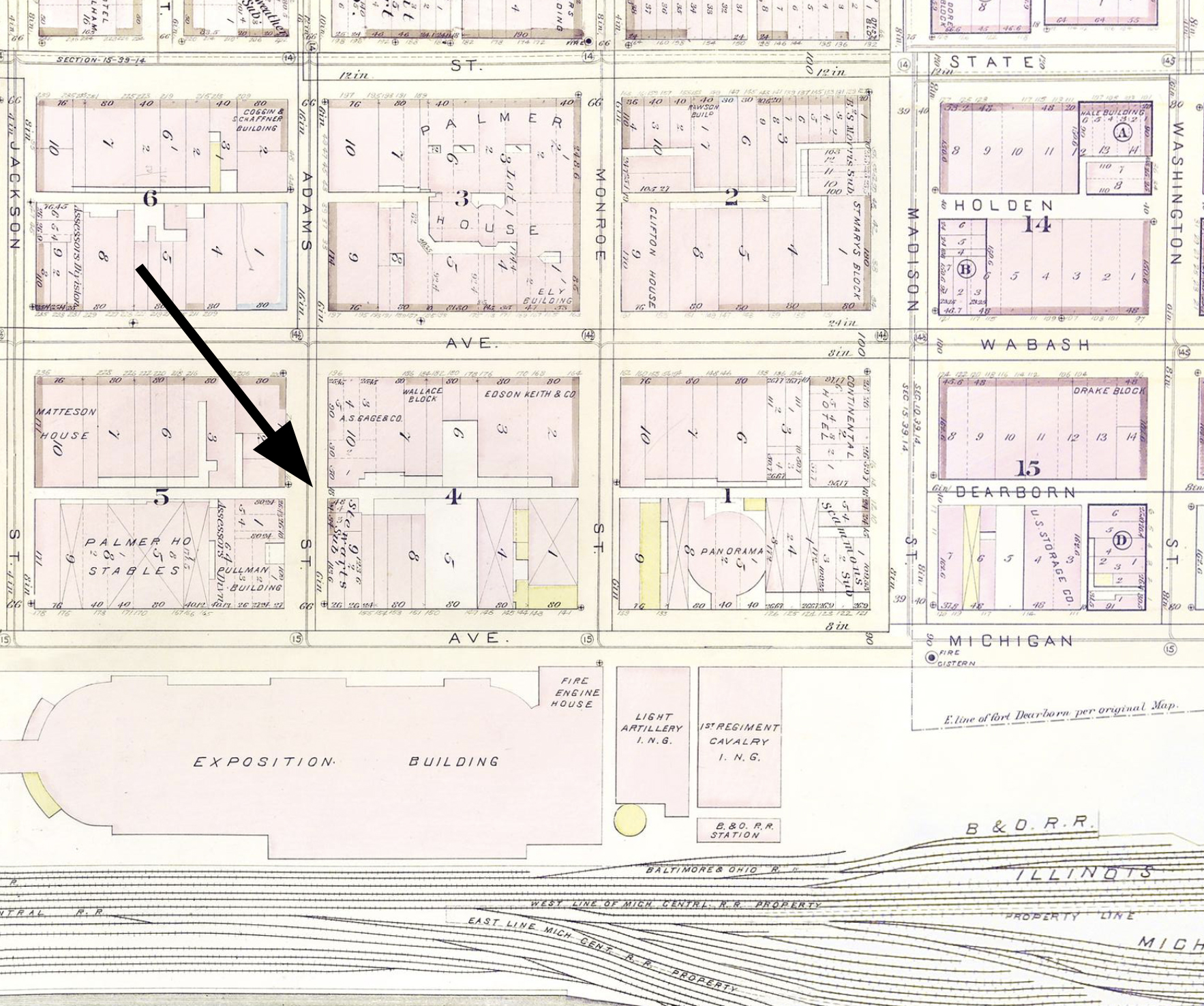 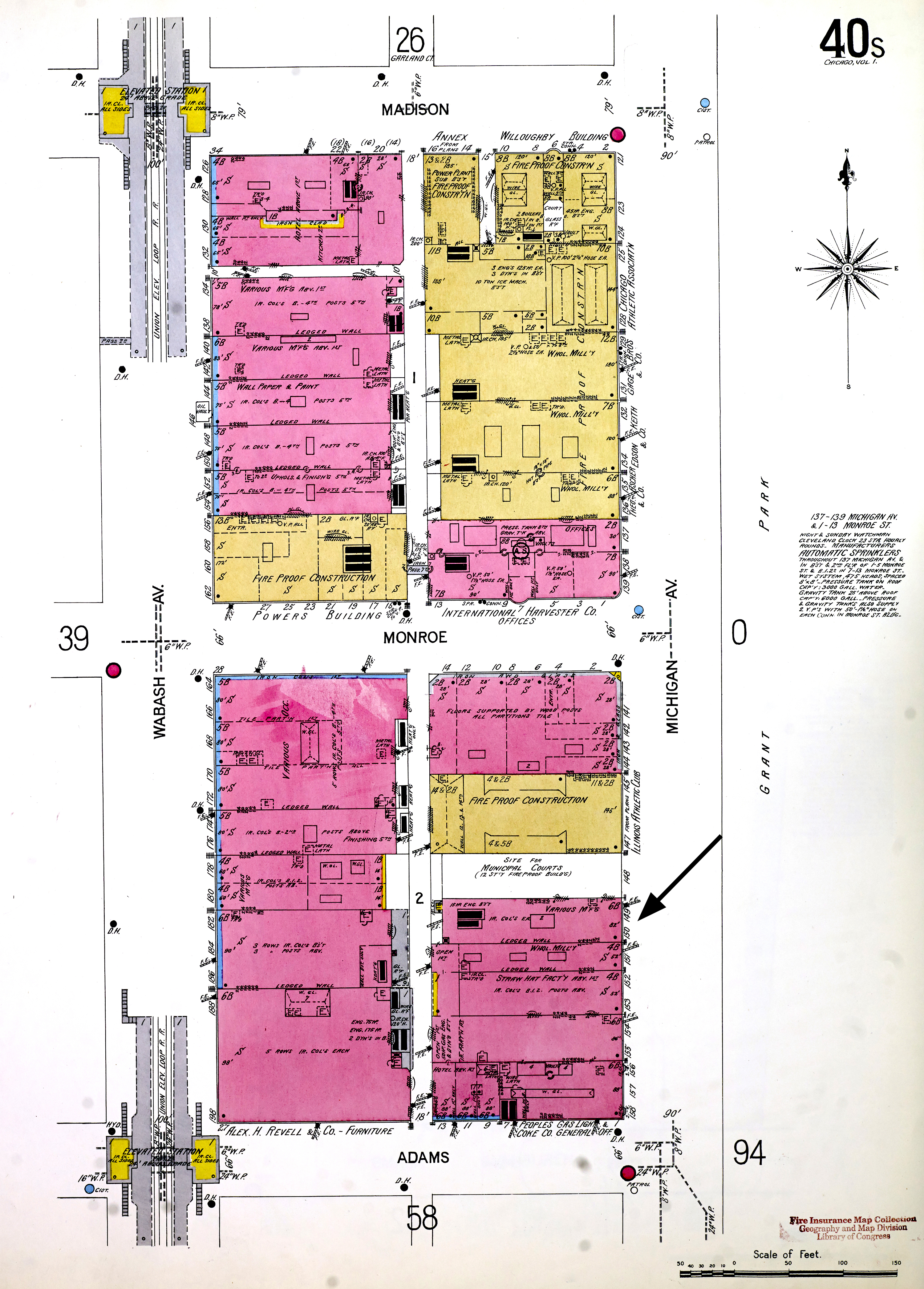