DAILY TIMES building, at 15-21 S. Market street (Wacker), now called the Louis Sullivan building, formerly the Troescher building, was built in 1884, six stories high. Adler & Sullivan were the architects. There is a Louis Sullivan plaque in the entrance.

Other names the building has been called: 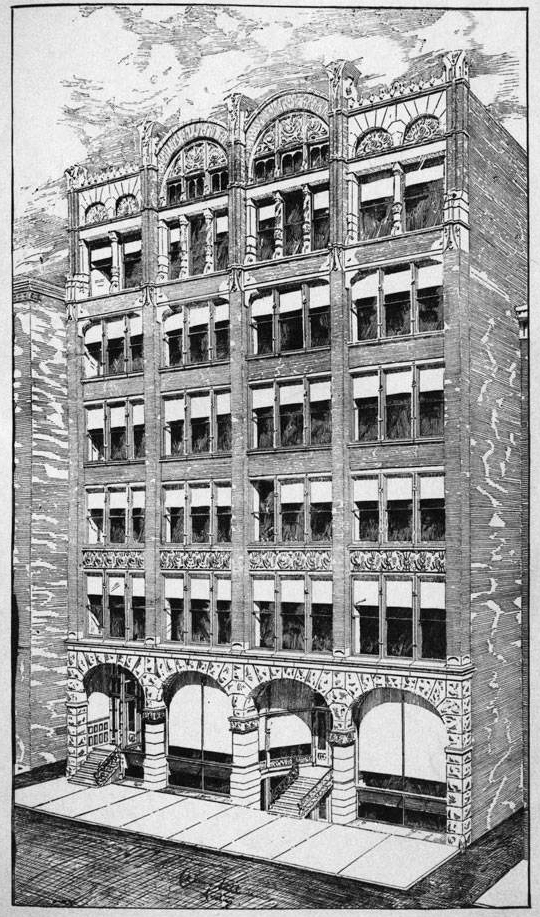 No cause to cry over this razing

THIE LOUIS SULLIVAN- Troescher Building at 15 S. Wacker Dr. Is about to be demolished, and preservationists are wringing their hands. I can’t get excited about it. It wasn’t much of a building when it opened in 1884. and it is of no more importance today.

Some years ago, the multiply arched base of the seven-story masonry structure was squared off in an ill-conceived “modernization.” Last weekend, workmen removed what remained of two clumsily decorated arches at the summit of the building s two middle bays.

In anthropomorphic terms, the structure has already been beheaded and amputated. I have explored its interior, which is unremarkable. And the Troescher has never been nominated for official city landmark status.

So why are many of Chicago’s preservationists trying to make a brouhaha out of its impending demolition?

SOME OF THEM probably overdosed on art history in college and are going through life with the notion that anything old is worth saving. Others are reacting emotionally because of the barbaric 1972 destruction of Adler & Sullivan’s magnificent Old Stock Exchange Building at 30 N. La Salle St.

The Troescher affair does raise a couple of points to which preservationists should pay heed, however. 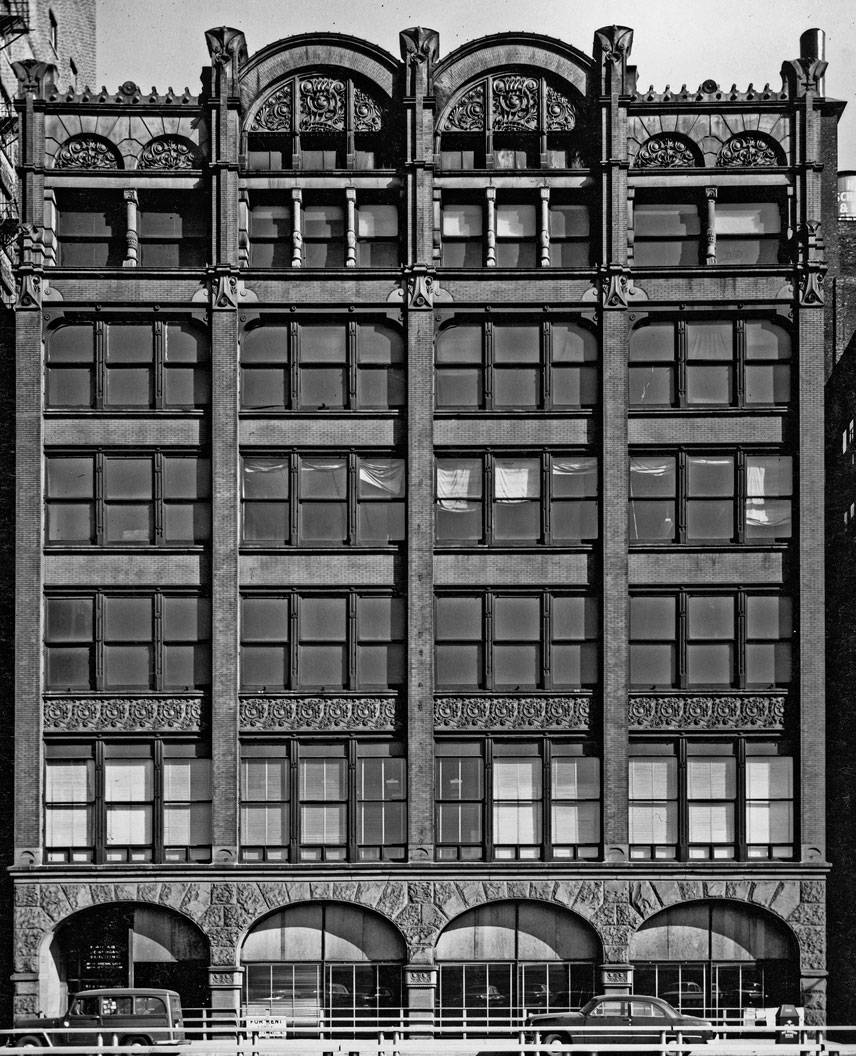 The Troescher Building at 15 S. Wacker Dr. A marginal building not worth crying over.

FIRST, IT IS unwise to waste one’s energies on saving marginal buildings when so many important ones are in danger of defacement or oblivion.

Second the manner in which the owner of a building passes the death sentence is sometimes irritating, but again, this has nothing to do with the building’s merits.

Harry Walken, a real estate developer who controls the Troeocher did not push the doom button with much class.

The city Department of Buildings was on Walken’s back because chunks of brick and terra cotta were
falling off the top of the Troescher. Walken had a crew erect scaffolding on the building and remove loose material. The workmen will move into demolition with little or no pause.

No, not much class. But Walken couldn’t have come off much better even it he had hired a battalion of press agents.

And the Troescher is still a second-rate building.