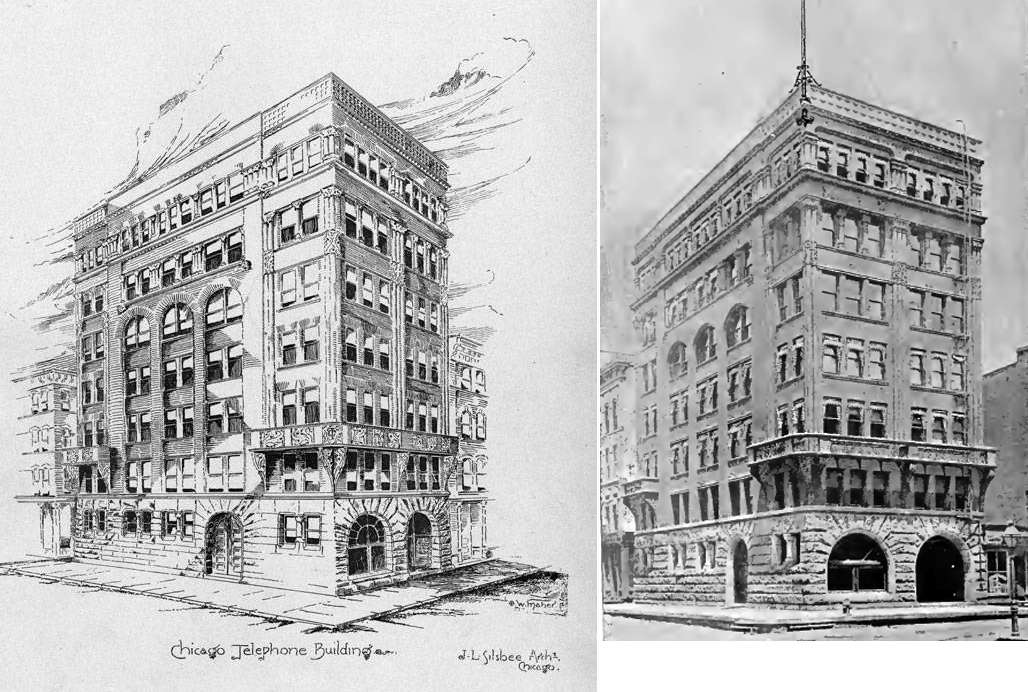 Chicago Telephone Company Building—Northeast corner of Franklin and Washington streets. In this handsome home of steel, granite, and terra cotta the great monopoly beholds the expiration of some of its important patents, but relies as firmly on the public concessions which those patents brought to its use and possession. This very elegant building stands at the descent into the Washington Street tunnel, the cynosure of thousands of West Side travelers.- It is 100 feet high, in 7 stories and basement, 40 feet on Washington Street, 90 on Franklin, and has 2 elevators for its employes. The granite arch and tiling at the entrance are notable. It was erected in 1888, and is occupied by the Chicago Telephone Company. 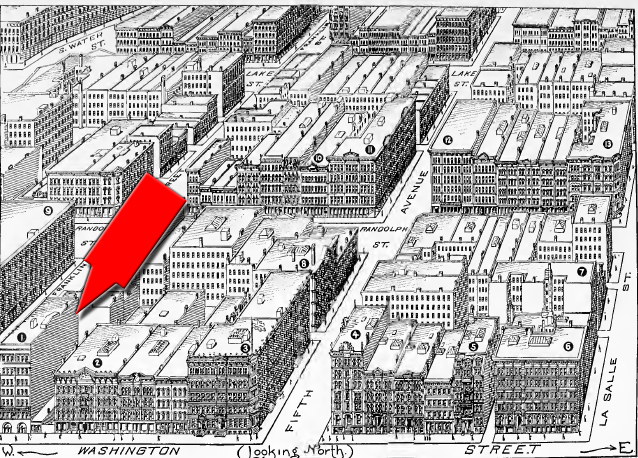 Chicago Telephone Company Buildings, A Half Century of Chicago Building, 1910 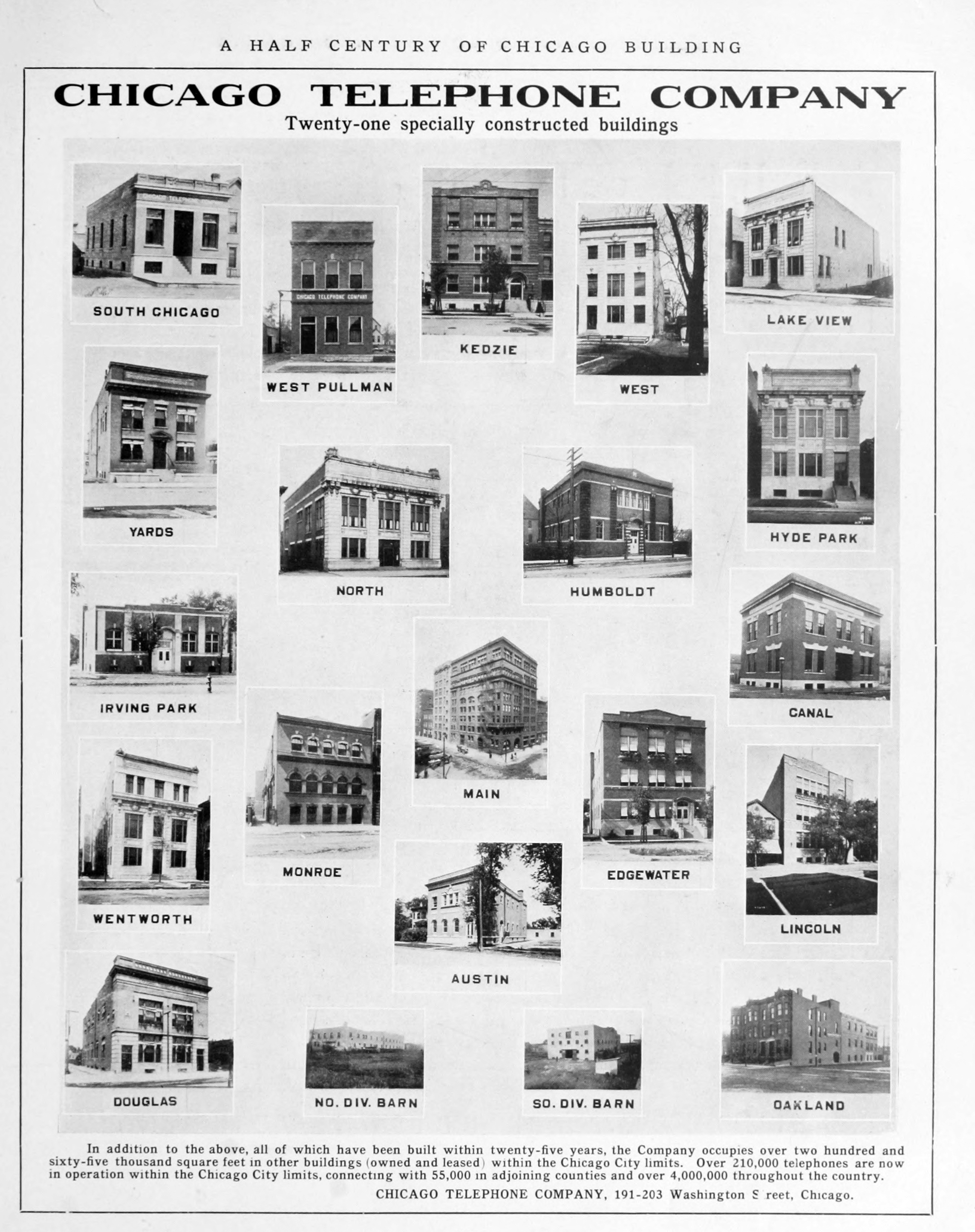 A mini-park is going to be dedicated at 10 a.m. today by Illinois Bell Telephone company. The park, which is at Franklin and Washington streets, occupies the site on which the original Chicago Telephone building was built in 1888. The structure was razed in 1967.

The 180 by 82 foot public park will be named Vail Court in honor of telephone company employees who have received Vail awards for outstanding service. The awards were named after Theodore N. Vail, the first Bell System president. 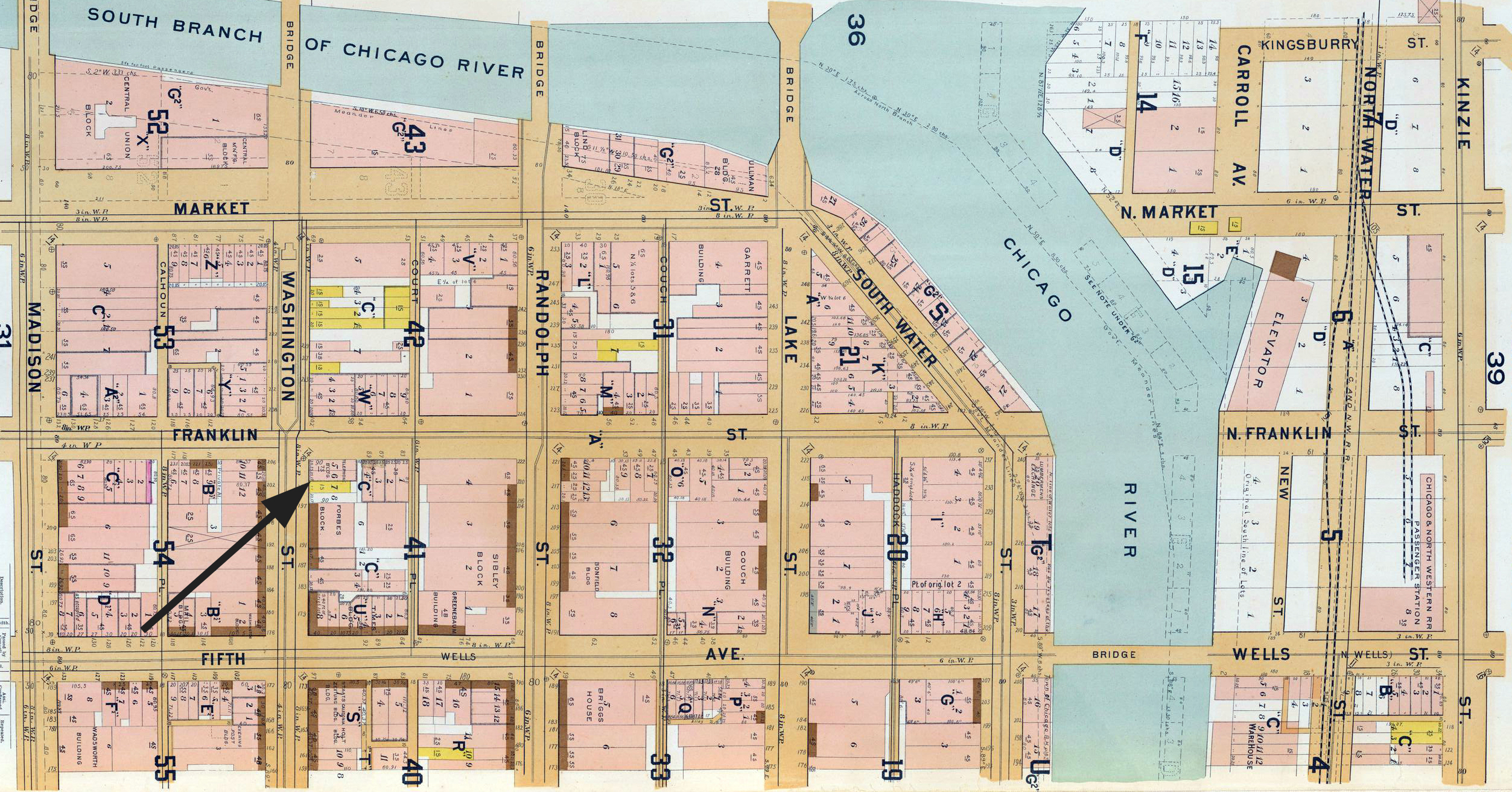