The late 19th century hotel is one of the oldest Y.W.C.A. buildings in the country, and was the first to be built in the City of Chicago. the Y.W.C.A. originally used to house working women newly arriving in the city following the 1893 World’s Fair. located near the Illinois Central railroad station and within a reasonable distance to the heart of the loop, It was was designed to take advantage of views along Michigan Avenue and the lake, with projecting triangular bay windows on the top floors and a renaissance inspired loggia dressed in ornamental terra cotta on the second floor.

The Y.W.C.A. abandoned this location in 1929 when they built the new McCormick Memorial Hotel for Women on Oak and Dearborn streets. This hotel opened on 10 February 1929.

In 1929, the building became the South Michigan Hotel. in the 1970’s the hotel was purchased by Johnson Publications and converted into offices. The badly dilapidated and structurally compromised building was essentially abandoned for nearly thirty years. The building finally succumbed to the wrecking ball in January 2010. 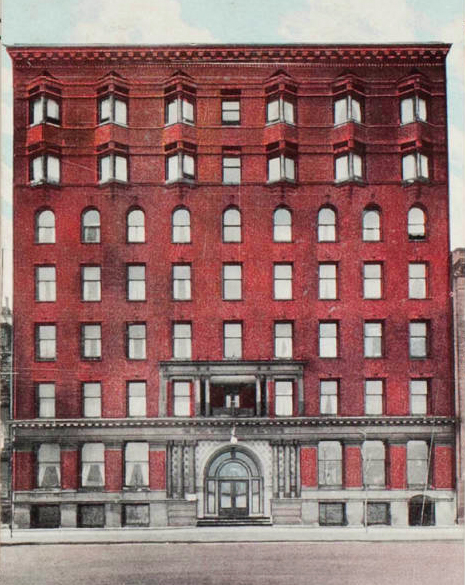 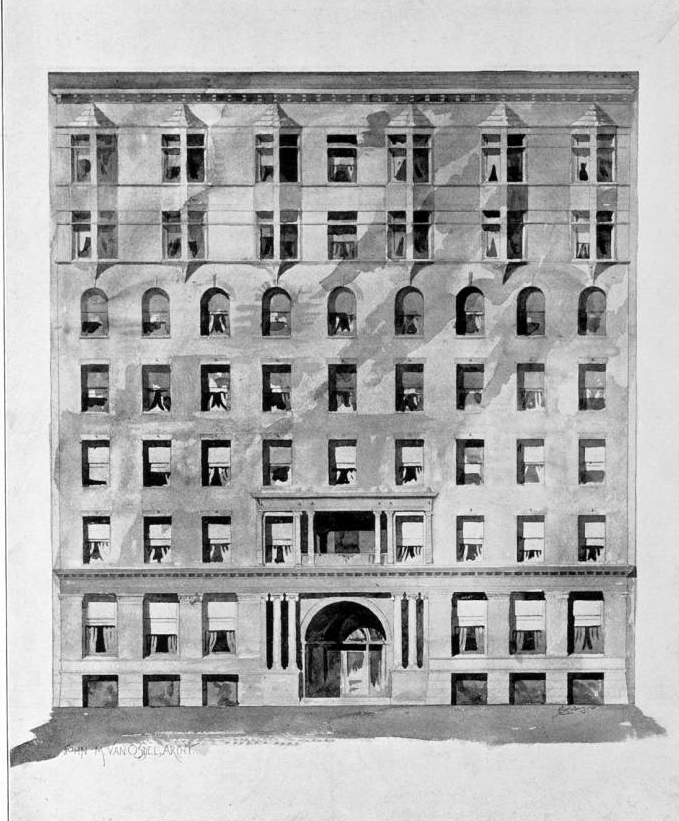 Architectural drawing of the Y.W.C.A. Hotel
1895 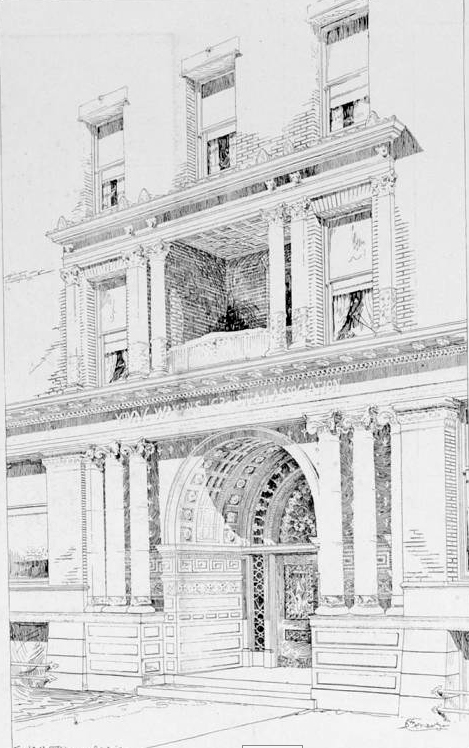 Architectural drawing of the Y.W.C.A. Entrance
1895