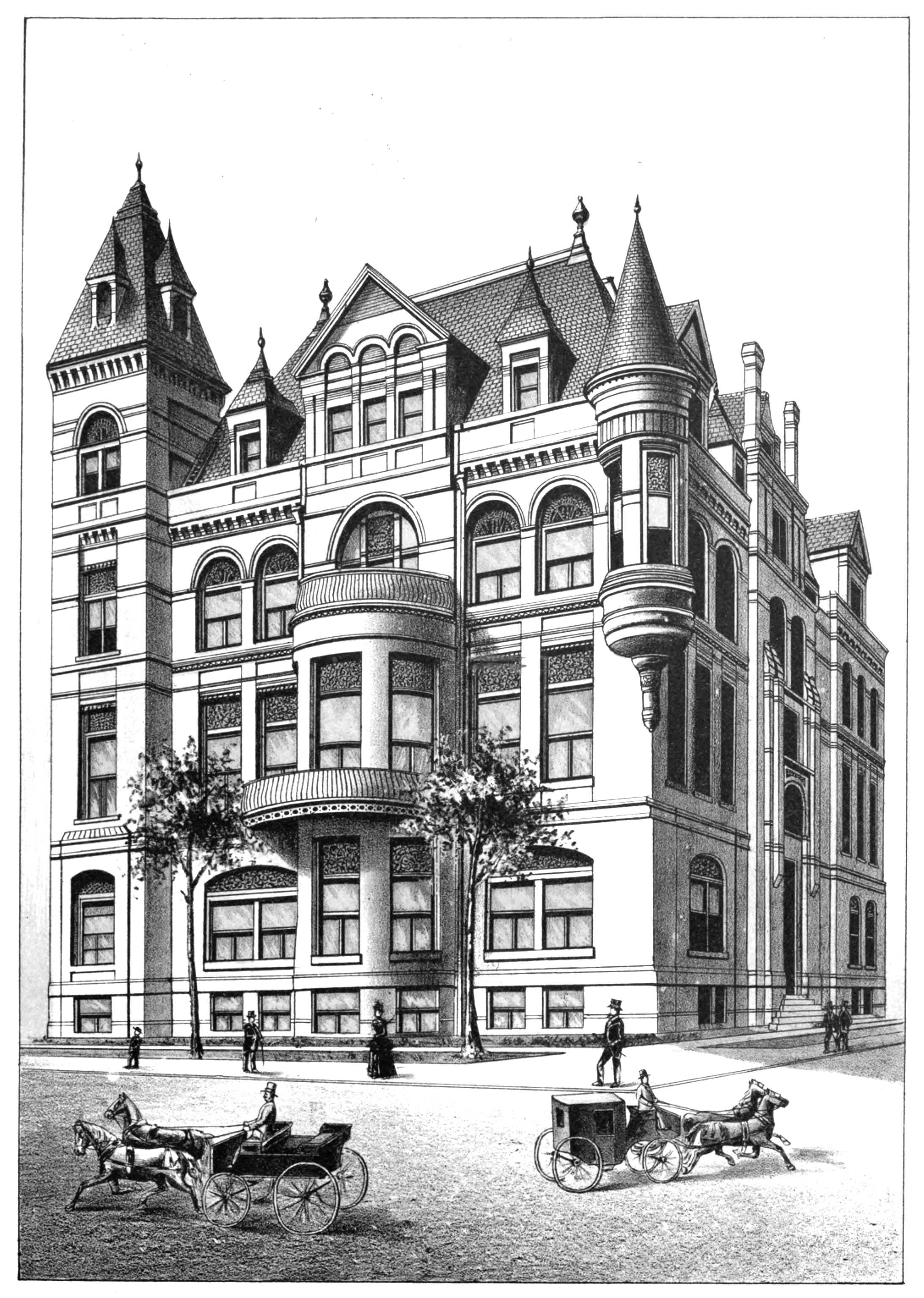 What the Union is to the North Side and the Illinois to the West, the Calumet is to the South Side. Organized in 1878, it occupied for the first few years of its existence the residence of the late General Anson Stager, at the corner of Michigan Avenue and Eighteenth Street. As the Club grew and these quarters became too restricted for its needs, a site was selected two blocks below (on the corner of Twentieth Street) and a magnificent building of lordly proportions was erected.

It is four stories high, with fronts on both Michigan Avenue and Twentieth Street. The hall is superb, reminding one (with its broad fireplace, handsome staircase and stainod glass windows,) of that of an old English manor house. To the left of the hall are the drawing rooms, with windows the whole length of the Michigan Avenue front, and to the right the offices, the cai’e and the billiard room. On the second floor are the card rooms and the ball room, where from time to time during the winter months entertainments of various sorts are given to the lady friends of the members. The third floor is devoted to private apartments, and the top floor to the dining rooms and kitchens. The Club possesses a fine picture gallery, in which great interest is taken, and to which donations are constantly made.

A feature of the Calumet is its Annual Reception to Old Settlers, where the first inhabitants of Chicago meet and talk over their early experiences, and are royally entertained by the Club. The admission fee to the Calumet is one hundred dollars, and the yearly dues eighty dollars.

Calumet Club before it was destroyed by a fire and after it was rebuilt.
The rebuilt Calumet Club (right) remained their home till the Club disbanded in 1915. Comercial artists, Meyer-Both Co. occupied it immediately after for studio and office purposes 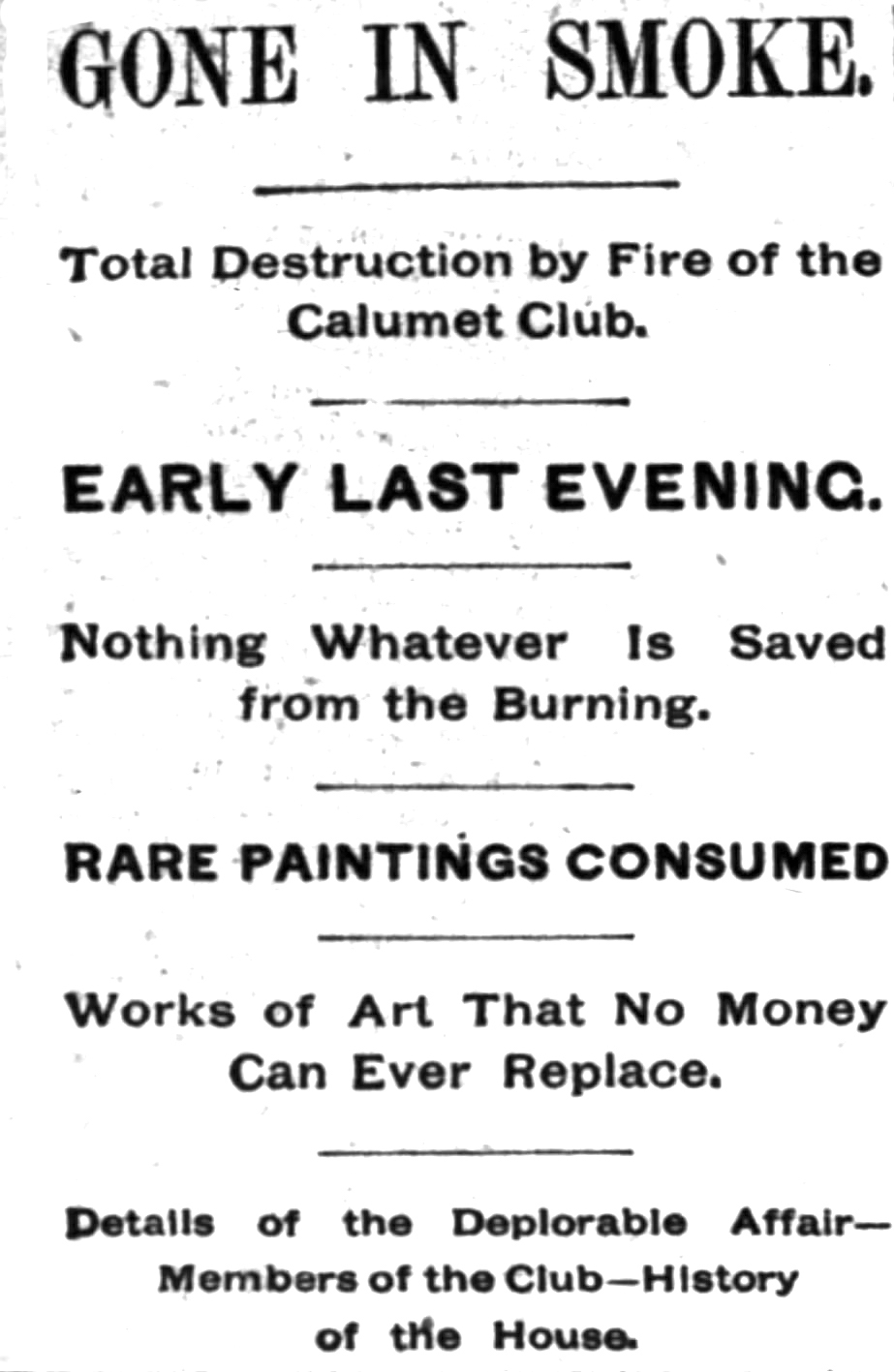 Fire broke out at sunset last evening and destroyed the beautiful home of the Calumet Club at Michigan avenue and Twentieth street. Filled with rare old bits of bric-a-brac and paintings possessing artistic value of a degree sufficient to make the club famous for its works of art, if for nothing else, the fire proved to be particularly unfortunate. Perhaps more than any other semi-social organization the Calumet Club has posed as the custodian of Chicago’s history and in the collecting of paintings and other works of art which should form a connecting link between the Chicago of the days when Shabbona was chief of the Pottawattomies and the evening of the day when the city gives a reception to which all the world has accepted an invitation. The Calumet Club stood foremost of all Chicago clubs. All these works have passed away in an hour of smoke. Beautiful paintings and rare old bric-a-brac, valuable either from its historic worth or from its artistic value, went up in smoke last evening so rapidly that any attempt to save it would have been an act of foolhardiness rather than bravery.

It was early in the evening that the fire was discovered by Mrs. Maggie Dempsey, an employe of the club. 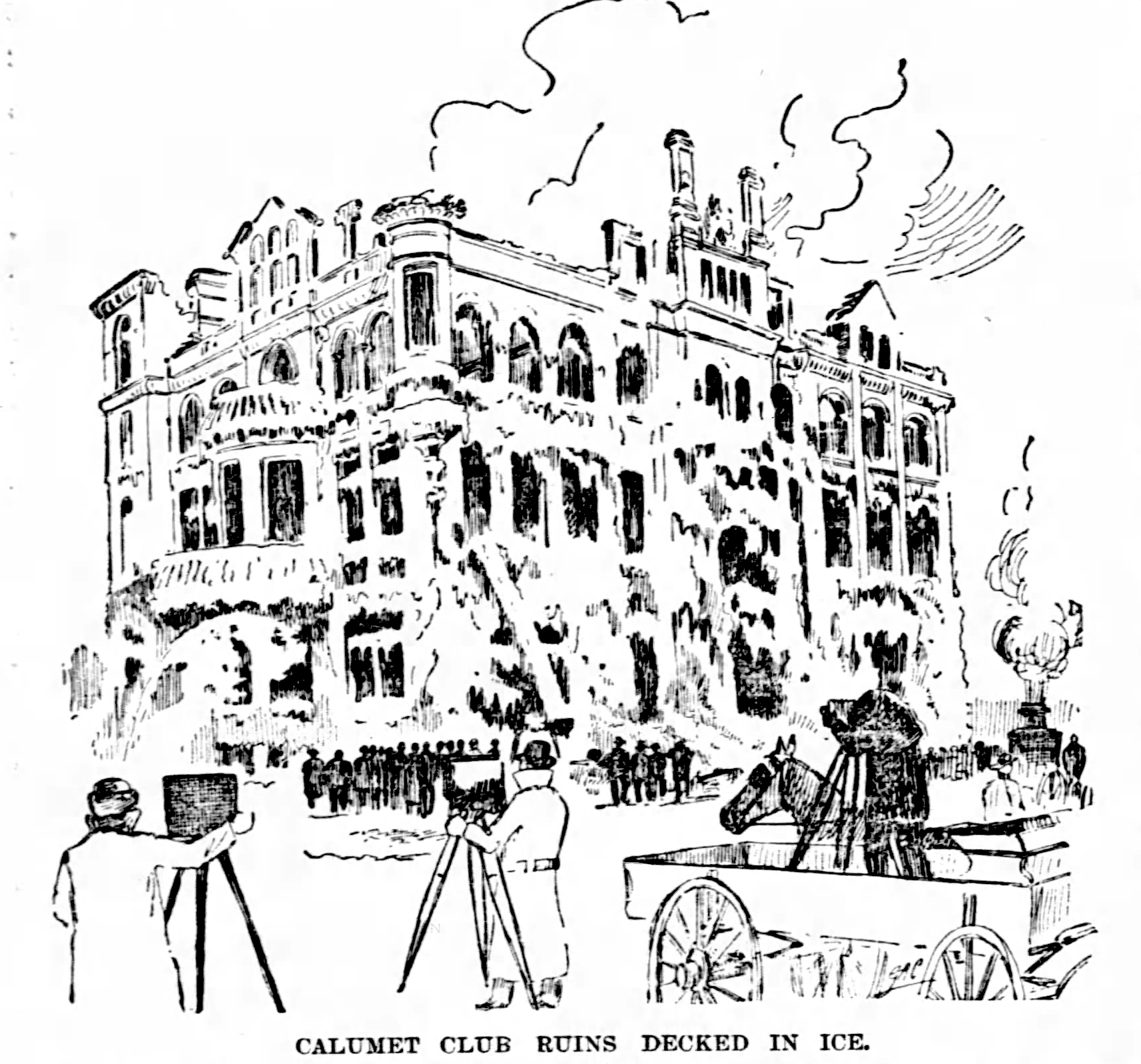 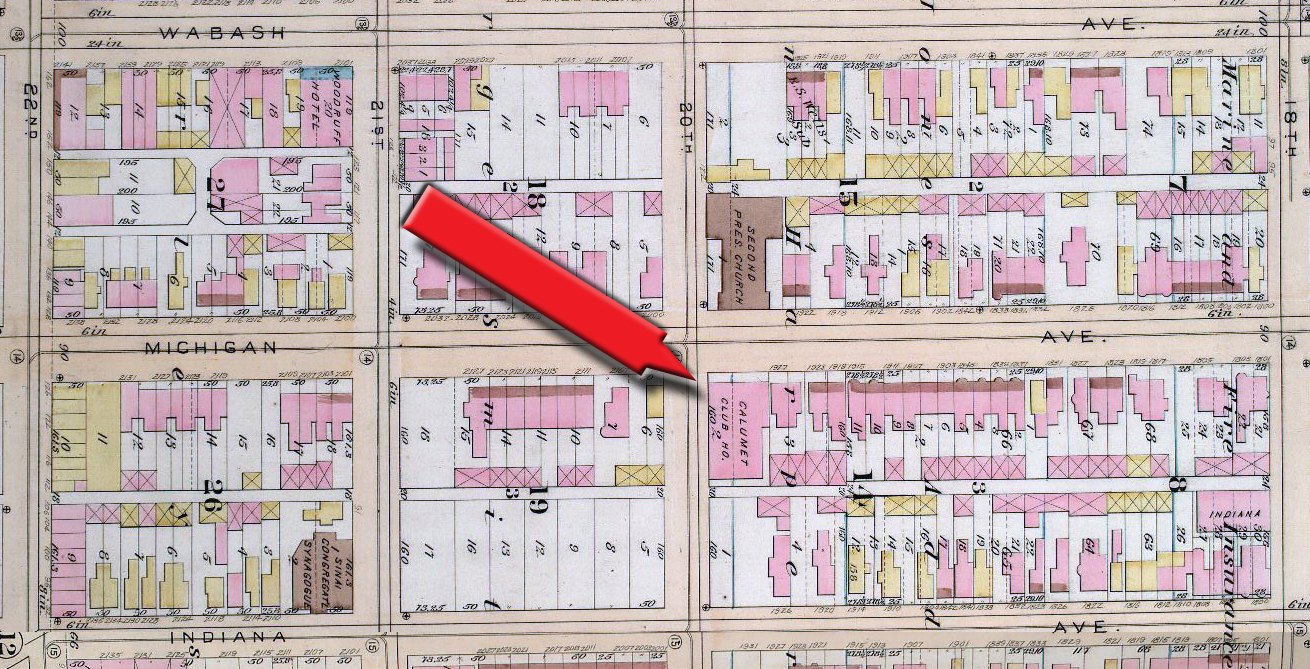