The building had been erected by Luther Libby as a ship chandlery in 1845 but was confiscated by the Confederates for a prison. W. H. Gray of the Knights Templar Assurance society found that it could be purchased for $23,000. 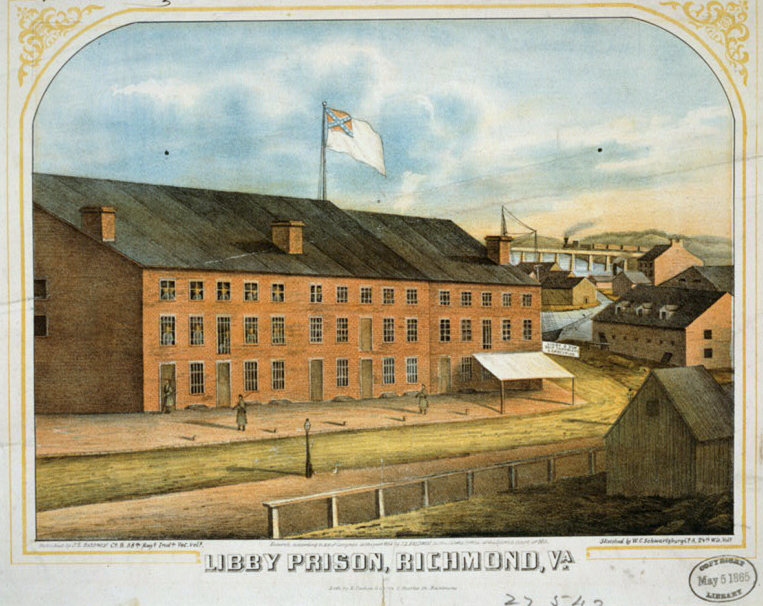 Gray returned to Chicago full of the idea and kindled the enthusiasm of his associates who included Josiah Cratty, John A. Crawford, and Charles Miller. Crawford, who was general superintendent of the Chicago Towing company, was sent to Richmond to investigate the feasibility of taking down the three story brick building, 132 feet long and 90 feet wide, with walls 20 inches thick containing 600,000 bricks. Crawford and also Burnham & Root, the architects, pronounced the scheme entirely practicable. 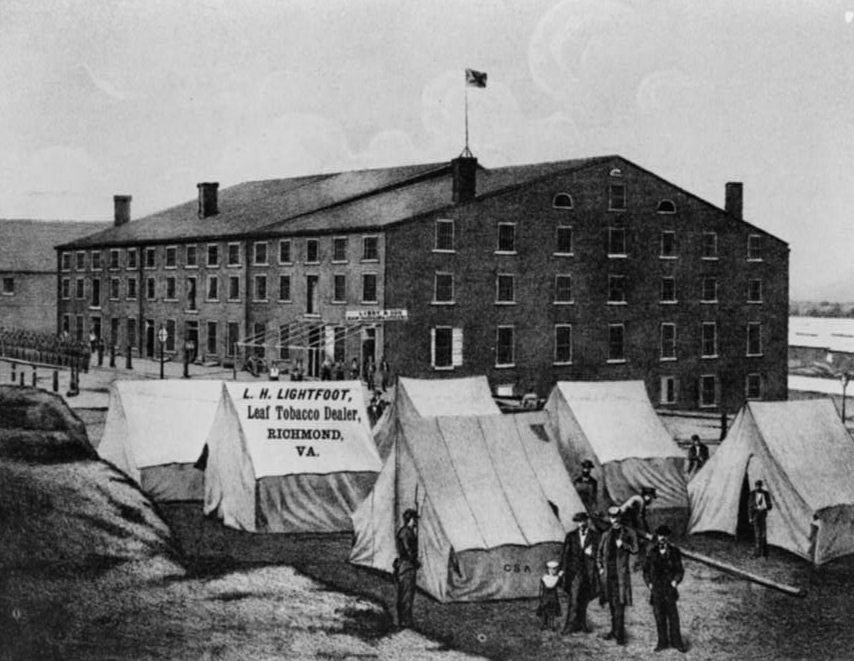 The group then interested a number of capitalists to finance the undertaking, which it was estimated would cost $200,000. Among these capitalists was Charles F. Gunther, the wealthy candy manufacturer, who possessed probably the largest collection of Civil war relics at that time, including the chisel used to dig the escape tunnel from Libby prison. The enterprise was incorporated as the Libby Prison Museum association on Feb. 4, 1888, with a capital of $400,000, and the Wabash av. site between 14 and 16th streets was purchased.

Gunther became president of the company. The vice presidents were Albert Hayden and A. G. Spalding, the star Chicago baseball player who made a fortune selling sporting goods. C. E. Kremer was secretary and treasurer and the directors were L. Manasse, I. L. Gould, S. H. Woodbury, and Gray. Robert C. Knaggs was manager.

Gunther was an outstanding citizen of Chicago. A native of Germany, he served in the Confederate navy and by 1868 was in Chicago making the candy without which no suitor in those days set forth a-courting. By the late ’80s he had amassed a fortune and a great collection, not only of war relics, but of paintings, objects of art, rare books, and incunabula, all of which became housed in the Libby museum.

With the undertaking financed Libby prison was purchased and its removal to Chicago commenced in December, 1888, under the direction of Louis M. Hallwell, a Philadelphia architect.

Hauled by Rail
The Chesapeake & Ohio railroad used 132 20-ton cars for the transportation of the building. One of the trains was wrecked near Ashtabula, O., and thousands of bricks scattered over the adjacent farm land.

As Libby prison was re-erected on the Wabash av. site a high wall was built around it of artesian (Forest lake) stone supplied by Keyes & Thatcher. The wall, resembling a battle-mented, medieval castle, was the concept of the Architect C. M. Palmer.

The entire work was completed and the Libby prison museum opened to the public on Sept. 21, 1889. It was chock full of relics of the war and Gunther’s art collections, the walls hung with flags and pictures of war heroes. It did a tremendous business from the start, particularly when Chicago was crowded with visitors to the World’s Fair of 1893.

The Standard Guide to Chicago in 1891

One of the principal permanent attractions of the city. The original Libby prison (transported from Richmond, Va., and put up brick after brick, just as it stood during the War of the Rebellion, when used as a prison for Union soldiers) is enclosed with massive walls, built after the manner of the middle ages.

Among the attractions offered in Libby Prison are the following:

Portraits in oil of all the leading Northern and Southern generals and statesmen; All kinds of firearms used in America, from colonial times to the present period; The finest collection of shot and shell used in American warfare;
The original first dispatches of war from Generals McClellan, Grant, Hooker, Sherman, etc.
The original, acceptance of the command of the Confederate Army by Generals Lee and Stonewall Jackson
Original portraits of Abraham Lincoln and Mrs. Lincoln, with relics and mementos;
The stove, goose and shears used by Andrew Johnson when working as a tailor in Tennessee
The original will made by John Brown an hour before his execution
The very rare curiosity of two bullets that met in mid-air in battle at Petersburgh.
The finest collection of historic chairs in America
The original photographs of scenes in Sherman’s March from Atlanta to the Sea
The original commission of Jeff. Davis to Congress in 1845, also his commission in the war with Mexico; the wheel of Commodore Perry’s flag-ship, ” Powhatan,” that opened the ports of Japan to the world
The original Arctic clothing used in the Greely relief expedition. 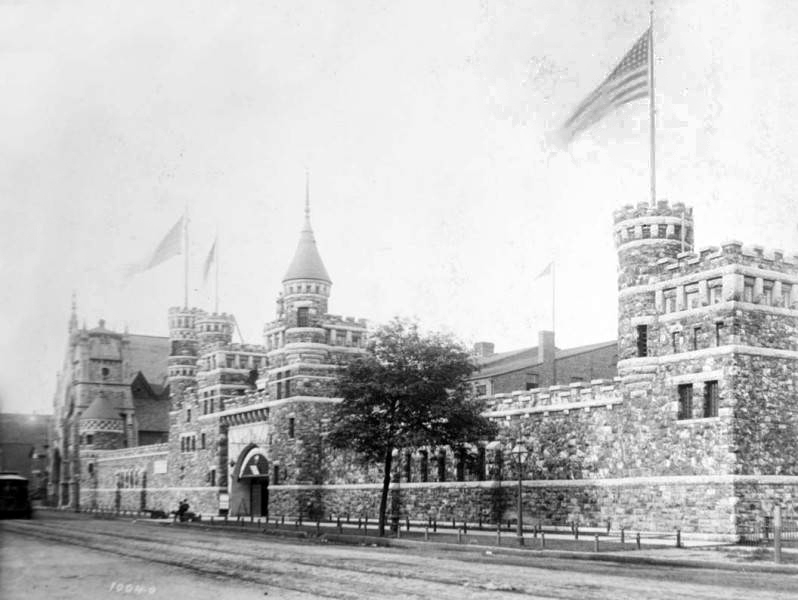 Altho the Museum was in Chicago during the year of the Columbian Exposition (1893 World’s Fair), it had no connection with that Fair, and was never considered as a Fair attraction. It was quite some distance from the Exposition Grounds. The Museum was highly profitable and continued so until 1899. At that time the venture was disbanded and the second Coliseum was erected on the site.

Many of the bricks were disposed of as souvenirs and to builders. A large number went to the Chicago Historical Society, along with the collection and other parts of the building. The Society constructed the north wall of their Civil War Room from these bricks. This building is located at North Avenue and Clark St., Chicago.

The beams, timbers and most of the wood were sold to an Indiana farmer named Davis and he used these to build a massive barn on his farm at Hamlet (La Porte County) Indiana. The barn still stands and is owned by his daughters, Miss Ella J. Davis and Mrs. Charles Dowdell of Chicago. Most of the timbers still show the stenciled words “Second Floor M; or “Third Floor E.”, together with the pathetic names and initials carved by the men while in prison. Miss Davis has presented the City of Richmond recently with a gavel made from this wood. 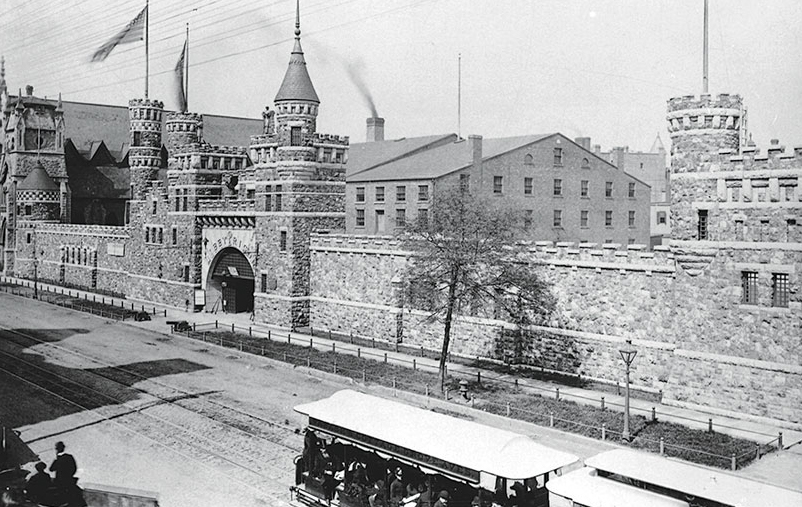 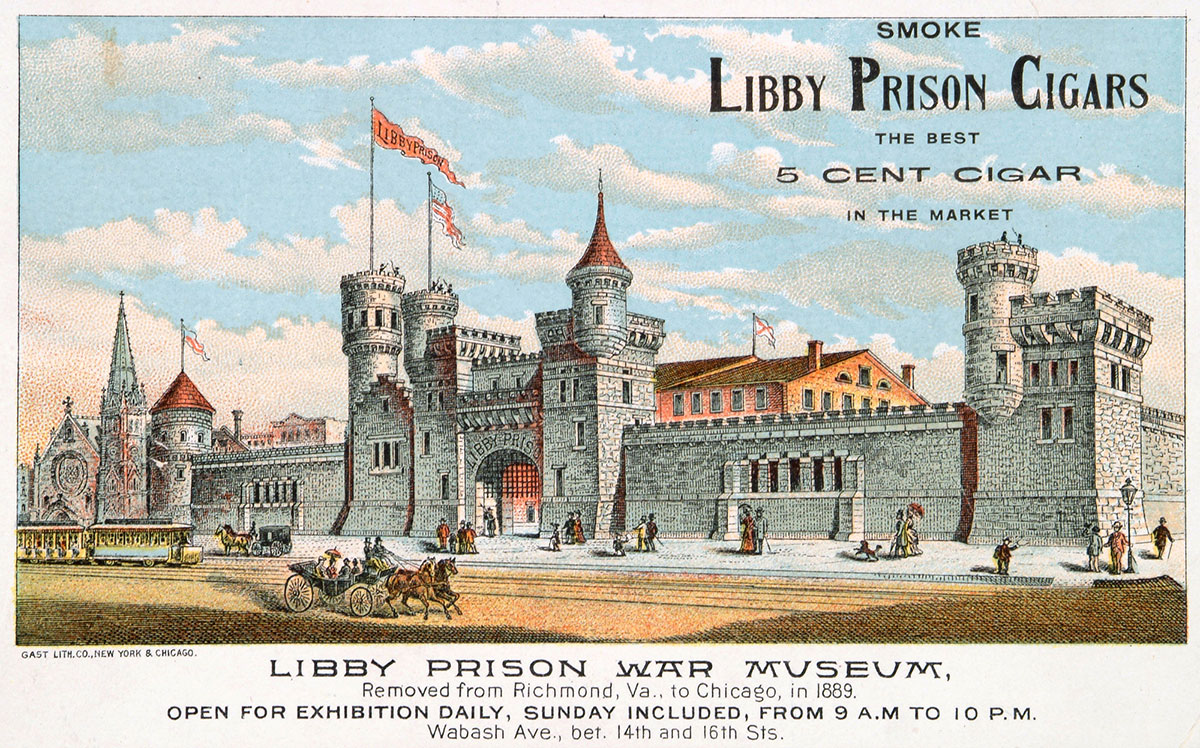 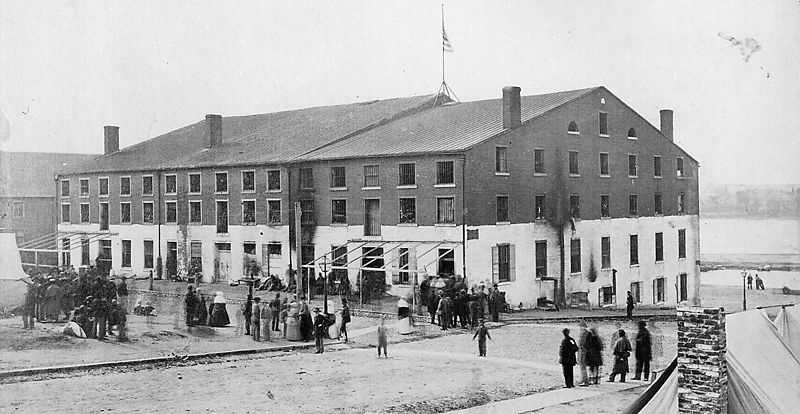