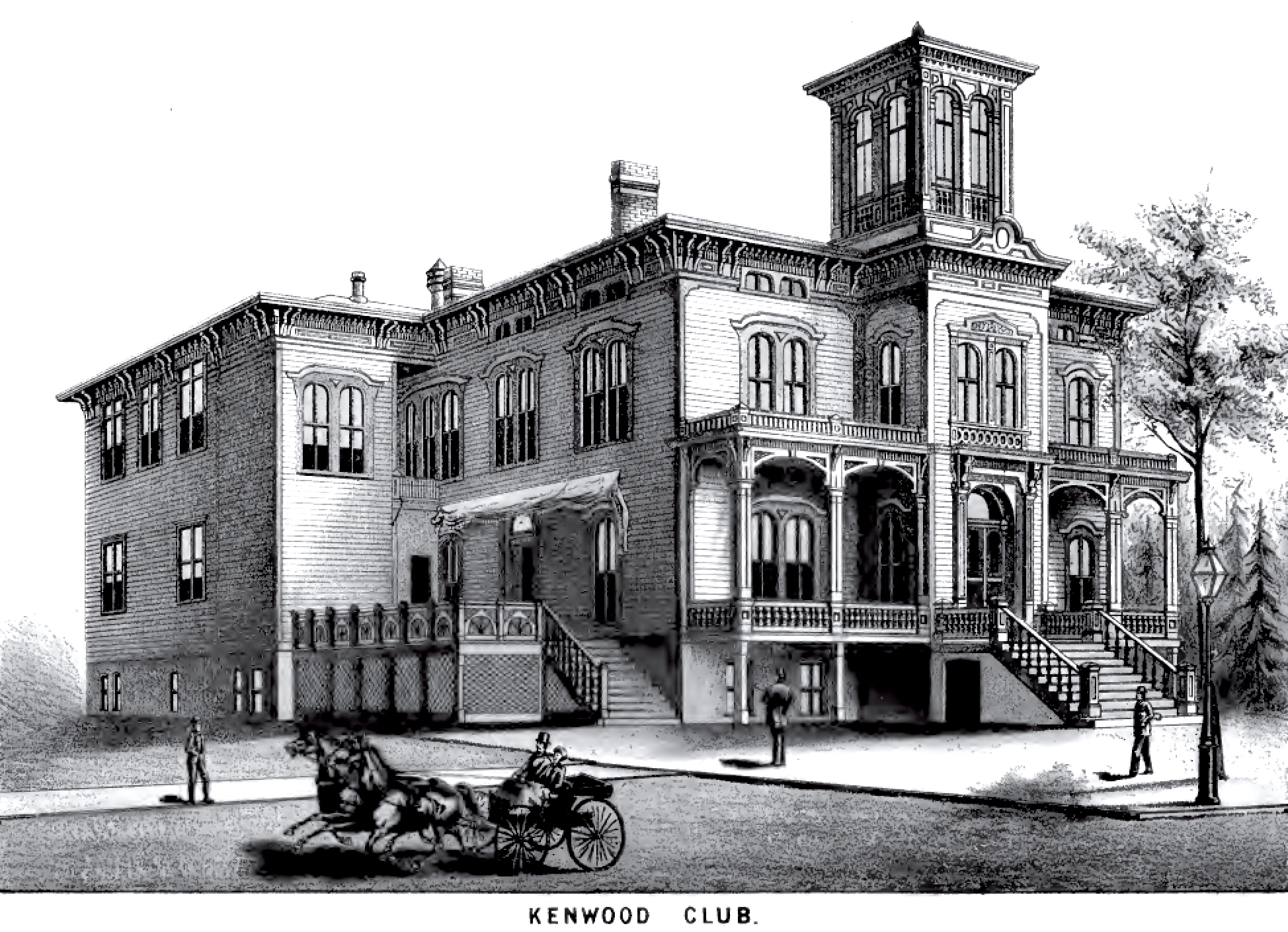 Late in 1883, Messrs. E. A. Potter, J. H. Long, J. P. Taylor, John Dunn, G. Steever, and several other gentlemen, residents of Kenwood, came together for the purpose of discussing the feasibility of establishing a social and family club in that beautiful suburb of Chicago. From this meeting resulted the present Kenwood Club, the organization of which was perfected in February. 1884. In June of the same year the Club took possessisn of the house on Forty-seventh Street, near Lake Avenue, which was formerly the residence of Norman B. Judd, Esq. To this house, a two story and basement frame building, a large addition. 40×75 feet, was made in the fall of 1886. In the basement are situated the bowling alley, the dining room and the kitchens. On the first floor are the hall, the office, the reception room, and a splendid dancing hall which occupies the whole of the addition. The second floor is taken up by the card rooms, the billiard room, the reading room, the library, and ladies’ and gentlemen’s dressing rooms.

The ladies of the different members families are entitled to all the privileges of the Club, and they have established several musical and literary societies and art classes, which meet regularly in the Club house. The Kenwood has recently purchased a fine lot of land on the corner of Lake Avenue and Forty-seventh Street, adjoining its present location, where it is proposed to erect a new and handsome club house. The initiation fee of the Kenwood Club is one hundred dollars, and the annual dues are forty dollars. 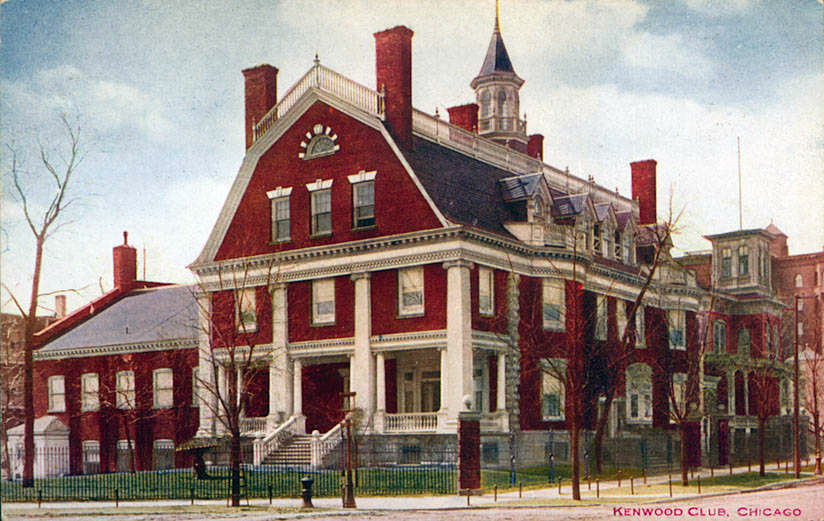