The Robert Law Building later known as the 230 S. Franklin building, fronts 90 feet on Quincy Street and 80 feet on Franklin Street, at the southwest corner. It was built in 1887. It is seven stories and one basement high, on spread foundations at a height of 110 feet. John M. Van Osdel was the architect. The building cost $105,000.

The building has rough-hewn stone and brick exterior; 1 passenger and 2 freight elevators. It is occupied by wholesale jobbers of clothing, boots, and shoes. Erected in 1887, demolished in 1970. 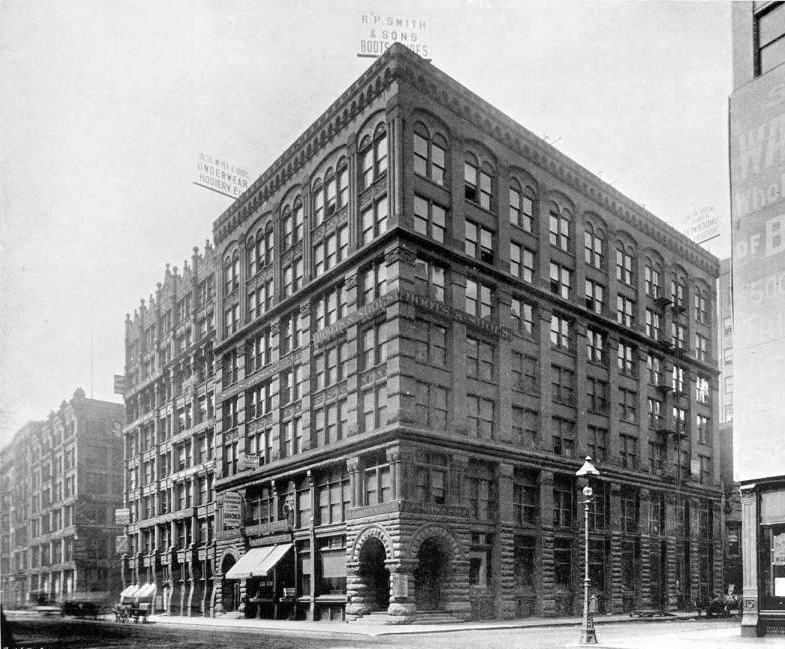