FISHER building, at 343 S. Dearborn street, on the northeast corner of W. Van Buren street, was built in 1896, 18 stories high (230 feet), with one basement. D. H. Burnham & Co. were the architects, and E. C. Shankland the engineer. A unique feature was the use of 25-foot pilesunderthe spread foundations in order to consolidate the soil; and the use on that account of a higher soil pressure, 6,000 pounds per square foot. Gray steel columns were used, and girder wind-bracing. Photographs taken during construction are shown in B. A new record for rapid steel erection was claimed by the erection of 13 stories of steel work in 14 days.

The addition to the north at 337-39 S. Dearborn street was built in 1907, 20 stories and one basement high, on rock caissons, with Peter J. Weber as architect and E. C. & R. M. Shankland as engineers.

To this day, the Fisher Building is the oldest 18 story building in Chicago that has not been demolished. The Masonic Temple, while taller and older, was demolished in 1939. 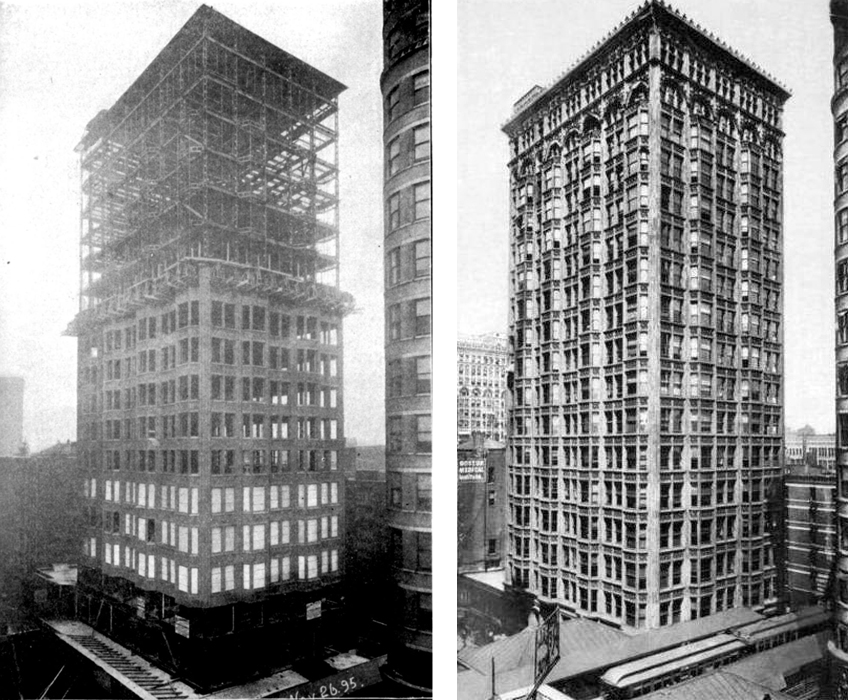 BUILDING OF THE YEAR

Chicago has not fared well In the way of new buildings when previous years are taken into comparison. A vast amount of building was done in the period before the World’s Fair and each year s record still suffers by a comparison with that. Cost of buildings in 1895 has been satisfactory as compared with last year, while tite number of buildings and the amount of frontage involved have shown a decrease. Among the more prominent buildings of the year are the Fisher, the Great Northern Hotel Theater and office, the Studebaker, Lewis Institute, and the Davies.

The Fisher Building is being erected on Dearborn and Van Buren streets and Plymouth place for L. G. Fisher. The building is twenty stories and basement high and its cost when completed is estimated at $615,000. The exterior construction is of semi-glazed terra cotta of a yellowish shade and the design is in the French Gothic. The building fronts seventy feet on Van Butren street and about 100 feet each on Dearborn street and Plymouth Place. The principal entrance, seventeen feet wide, is on Dearborn street, in the northern part of the building.

It will lead immediately to the elevators, which will be located on the north wall. The north wail is also constructed of the yellowish semi-glazed tile above the height of 130 feet, which is the limit of fireproof buildings under the present ordinance.

The Dearborn street frontage has four bay windows extending from the top of the first story to the top of the seventeenth, ending In a graceful arch at that point. On the Van Buren street front are two bay windows, while the Plymouth place front has three. The interior is of steel construction, with tile floors and partitions. Six high speed elevators 4½ x 6½ feet, will have automatic openings, double doors, opening the full width of the car. 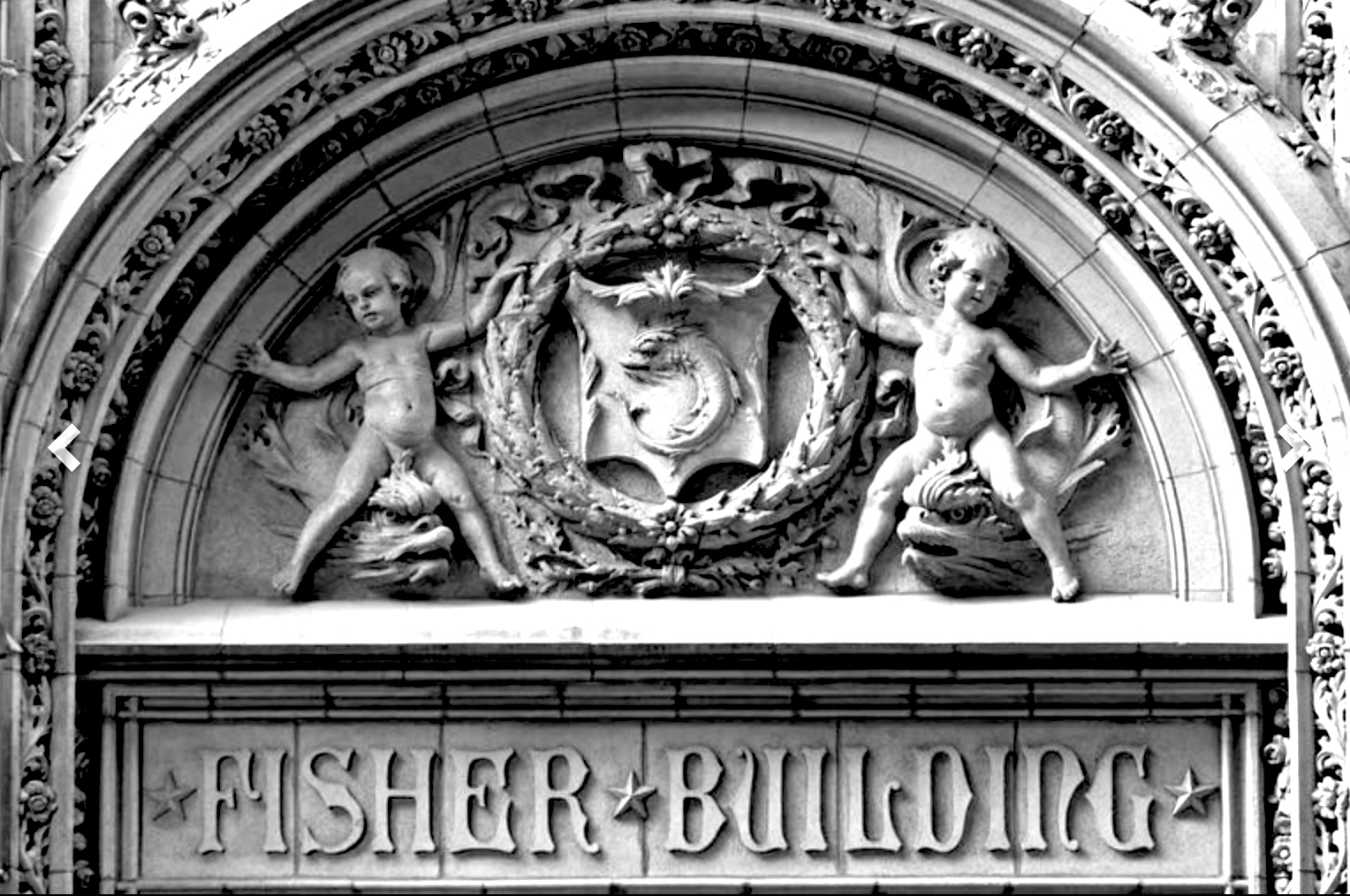 The building will be equipped with steam heat and electricity. The vestibule and entrance hall of the building will be finished in onyx and bronze, the floor being of mosaic. The ceiling and staircase are of the finest imported marble, while the elevator enclosures vill be of solid bronze. Above the first story the floors in the halls are of mosaic and the walls wainscoted in marble to a height of seven feet. The interior woodwork is of quarter-sawed mahogany, the glass in the doors being of crystalline plate and the rest plate.

Each room will contain a marble washbasin with a plate glass mirror and a coat closet. In connection with the barber shop will be maintained two bathrooms for the use of the occupants of the builiding. The first story is divided into ten stores, each 13×28 feet: or they will be arranged to the desires of the tenants. The second story is planned with a view to its use by a bank, and the basement may be used for safety deposit vaults. D. H. Burnham & Co. are the architects of the building. The ground on which the structure rests is under lease to Mr. Fisher by the Jennings estate for a term of ninety-nine years, the ground rent beling $4,200 a year. 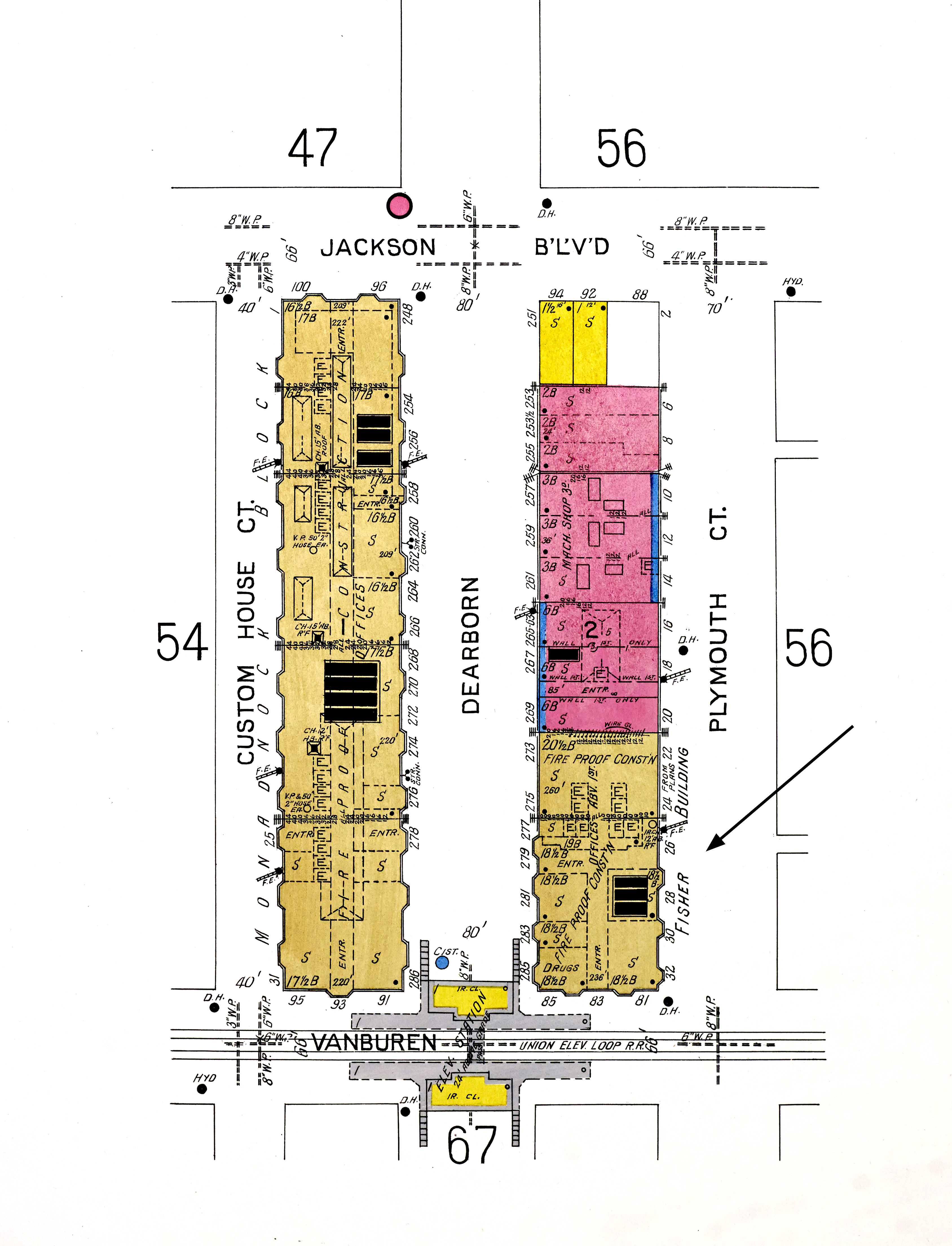