Morrison Hotel building I, was at 71-89 W. Madison street. It was eight stories high, with one basement. It was replaced in 1914 by the second Morrison Hotel. 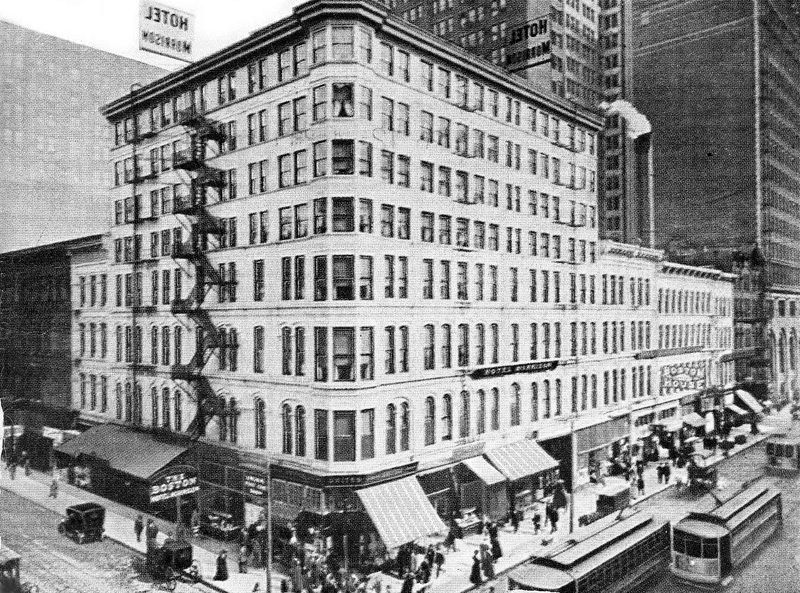 The Boston Oyster House, at the corner of Clark and Madison Streets, offered no fewer than 42 oyster selections, divided among “select,” “New York counts” and “shell oysters.” In 1893, a dozen raw oysters were 25 cents. If you ordered the same dozen fried the price doubled. The most expensive were broiled oysters (60 cents a dozen with celery sauce, or 75 cents with mushrooms).

Founded in 1875, the Boston served as the training ground for Charles Rector, who went on not only to sell record amounts of fresh shellfish in his own restaurant, but also opened a branch in New York City that became equally celebrated. An 1893 menu from Rector’s lists about 20 cooked oyster preparations plus raw oysters from Rockaway, Blue Point and Shrewsbury.

The Boston Oyster House survived several changes of ownership and location until it foundered during the Depression. 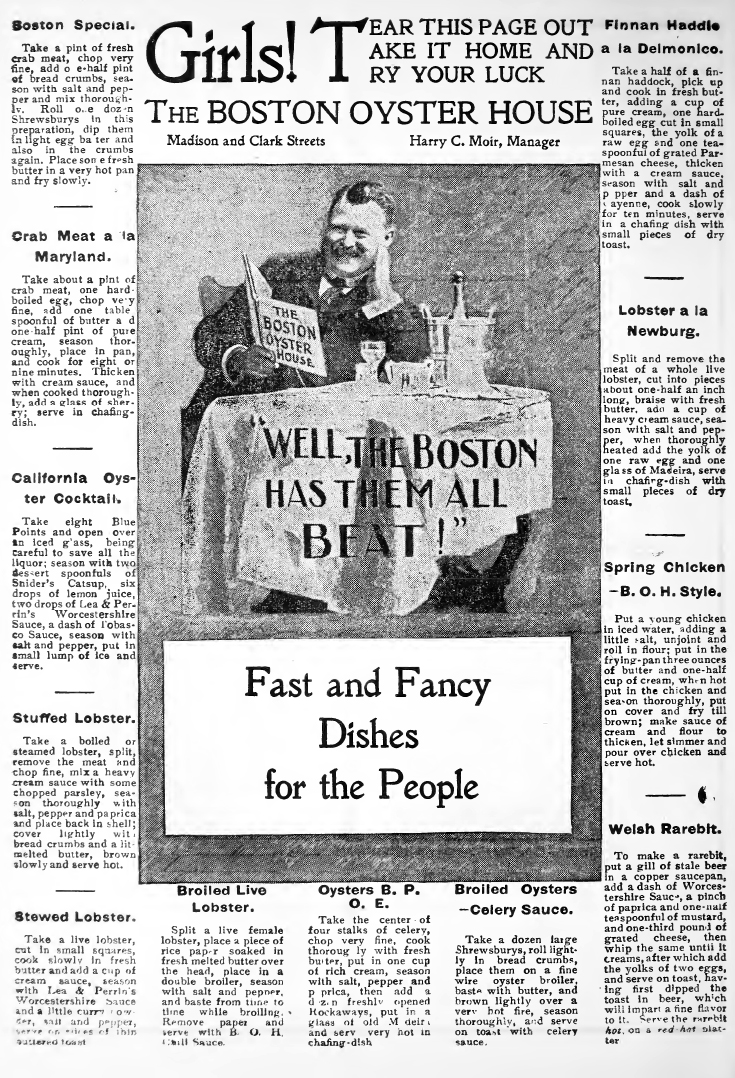 Boston Oyster House
COLONEL JOHN S. WILSON began business in Chicago in 1873, at the corner of Clark and Madison Streets, establishing Wilson’s Oyster House, now known as the Boston Oyster House. He remained there three years, and at the end of that time leased the Tivoli Gardens, comprising the entire space now occupied by the Chicago Opera House-. After three years he moved to No. 146 Dearborn Street, enlarging his appointments, in 1880, to comprise the adjoining number. In February, 1885, he established a headquarters for his immense catering business at No. 2Q Washington Street. Though not the oldest caterer in the city, he has turned his attention for a number of years to the profession, and has made it his specialty being the handling of shell fish. He is first and only caterer in Chicago to bring live lobsters to this market to be served. He has facilities for carrying on his business, which he has perfected by careful study, and’ his cafe is one of the most fashionable in the city. Two reasons are assignable for this fact, the perfection of his cuisine and the Colonel’s great popularity. 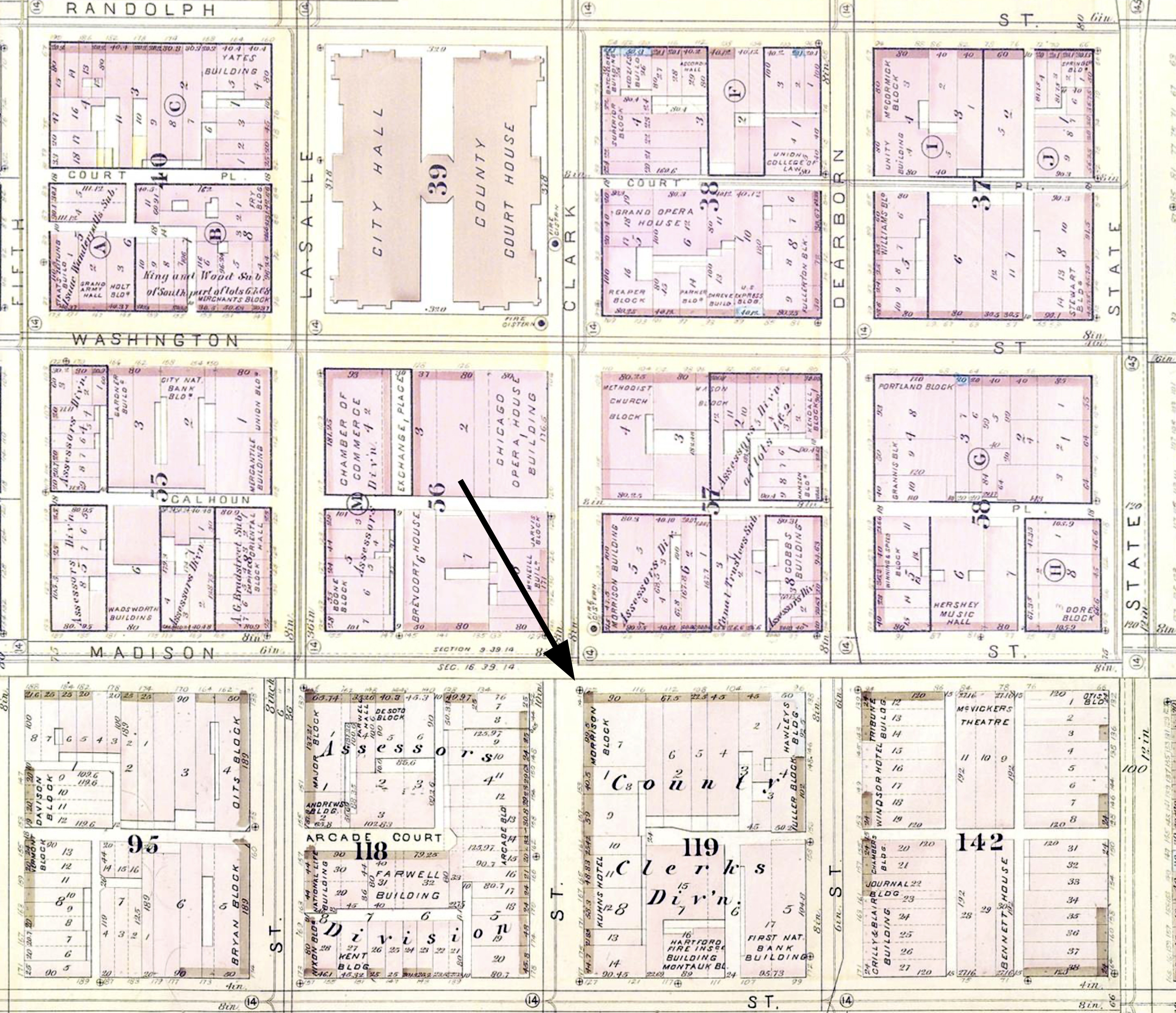