A period of intense activity immediately followed the Great Fire of 1871. Many buildings were rebuilt from the original plans, and many others of five and six stories were undertaken. The first “fireproof” building was built in 1873, and more thought was being given to means of preventing another disaster by fire. Elevators became in use during this period, permitting higher buildings that flourished later. The financial panic of 1873 slowed up the construction of buildings in the latter part of the period. A near approach to skeleton construction is evident in the framing of the Leiter Building I in 1879.

By one year after the Fire over eight miles of building frontage had been rebuilt. Many buildings were under construction on the day of the Fire and others had been barely completed. The Nixon Building, of “fire resistive” construction, was nearing completion, and its principal loss was the burning of its wood trim.

A great many buildings were rebuilt to duplicate the Pre-Fire construction; many lasting over 70 years. The day of the engineer had not yet arrived; the buildings were largely products of the carpenter and brick mason, with a modicum of planning and embellishment by the architects of the day.

One exception was the rebuilding of Palmer House III. Time was taken for study and travel, and it was not completed till 1875.

Pages to be Reassigned
rebuilding199 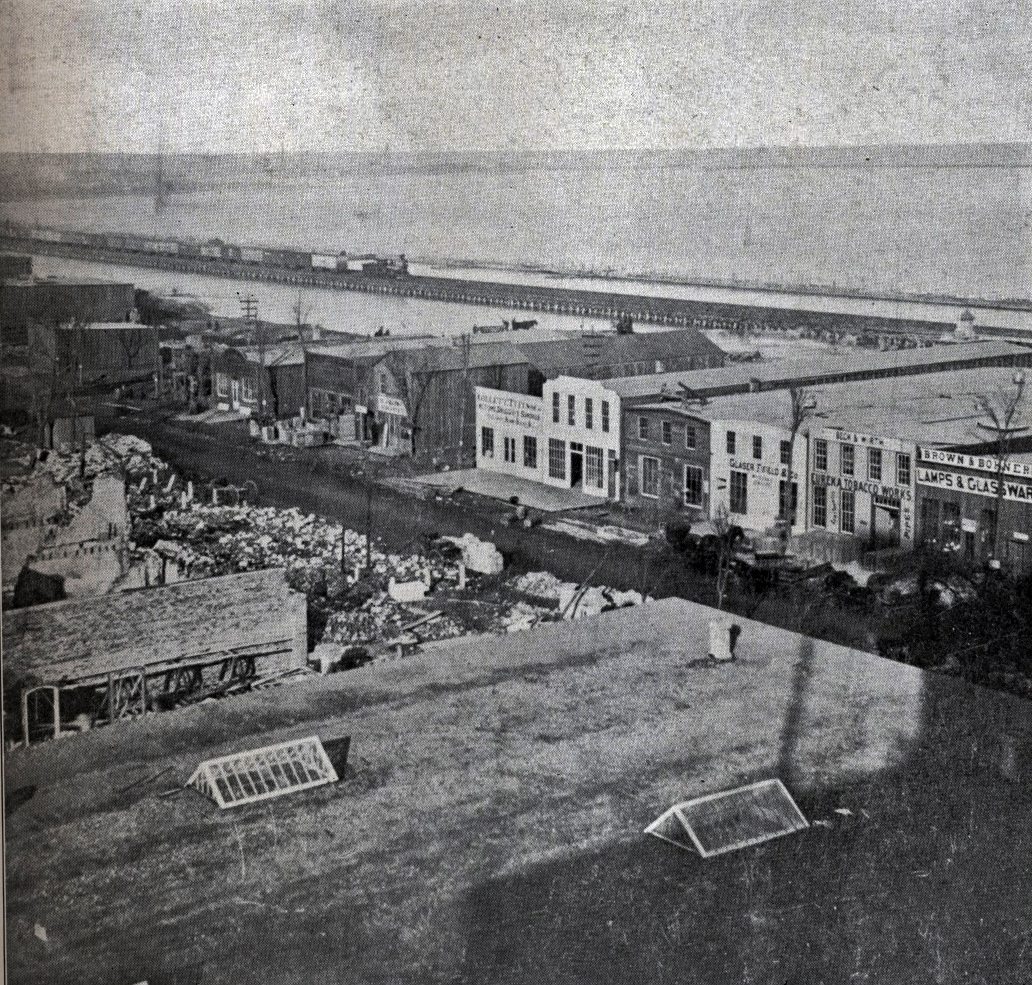 Michigan Avenue at Adams Street immediately after the fire, showing the temporary frame buildings erected for business purposes on the east side of the avenue. 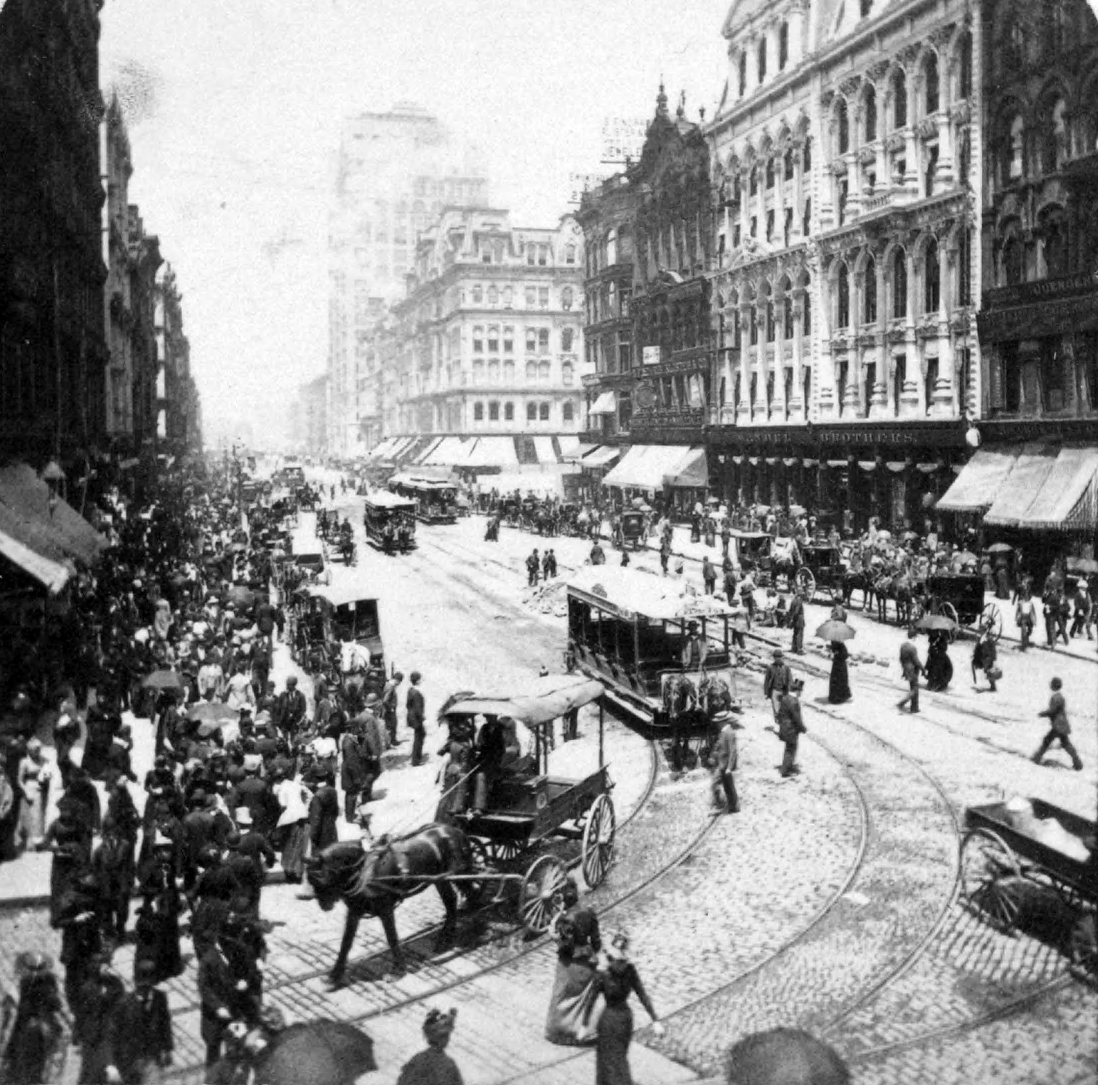 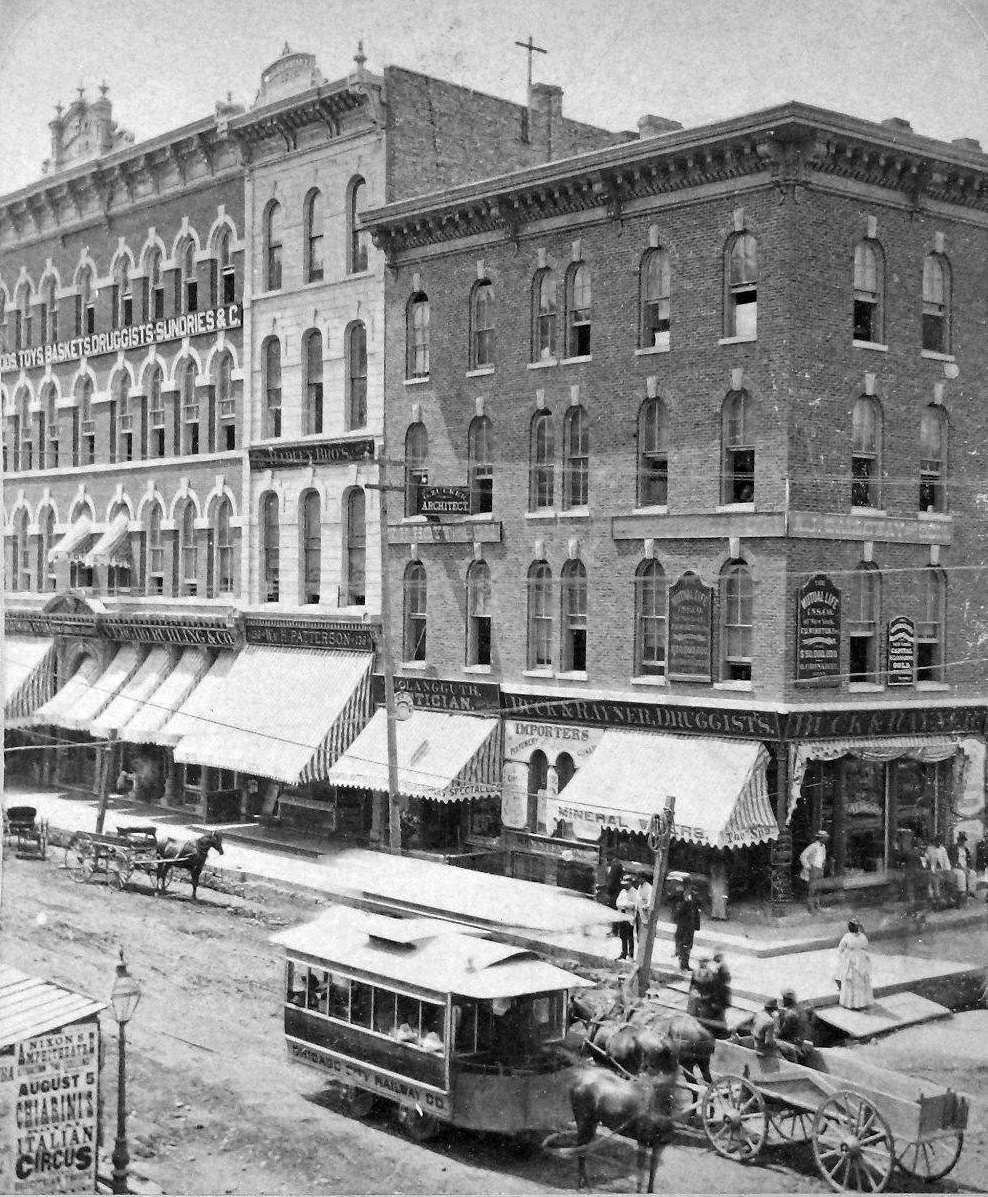