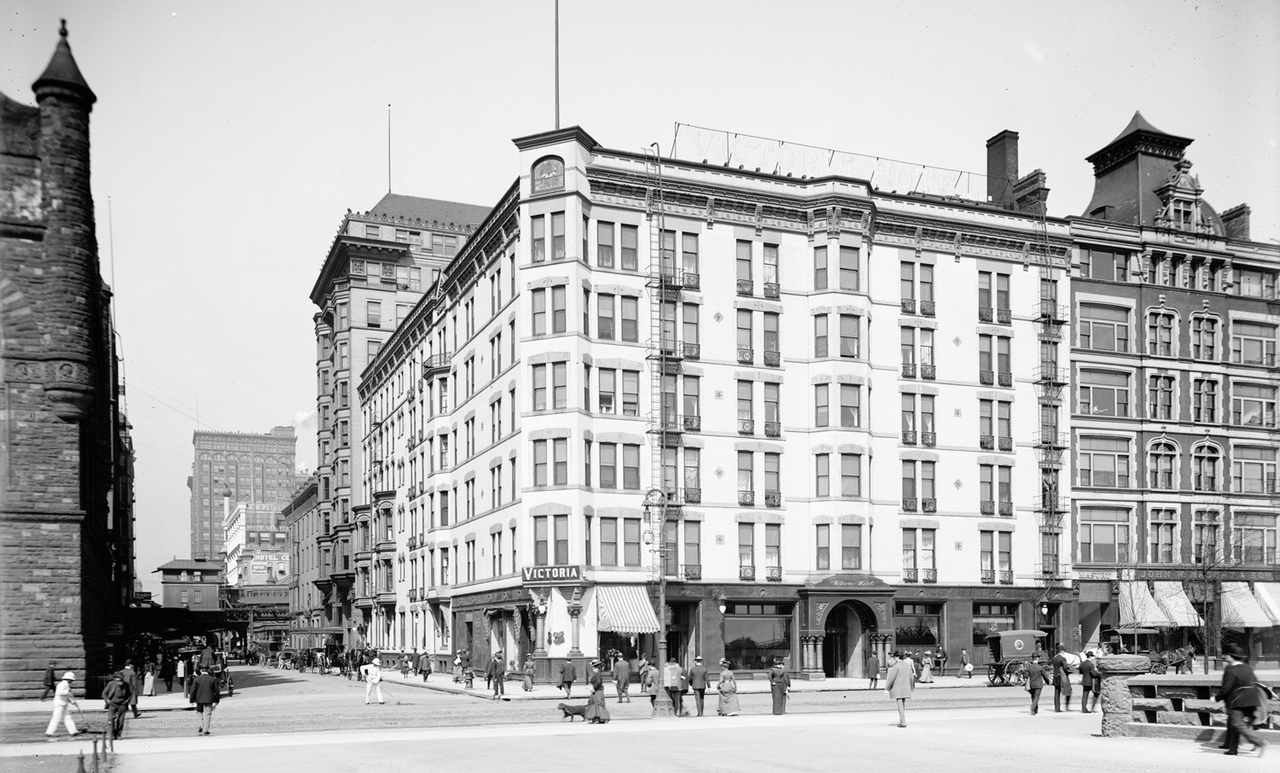 At the northwest corner of S. Michigan avenue and E. Van Buren street, on the site of the present McCormick building, was known formerly as the Beaurivage Bachelor Apartments. It was six stories and one basement high.

It was one of the first “French Flat” buildings in the city, essentially luxury apartments. It burned in 1882 and was rebuilt. In 1892 it was remodeled into the Victoria Hotel. It was demolished in 1908. 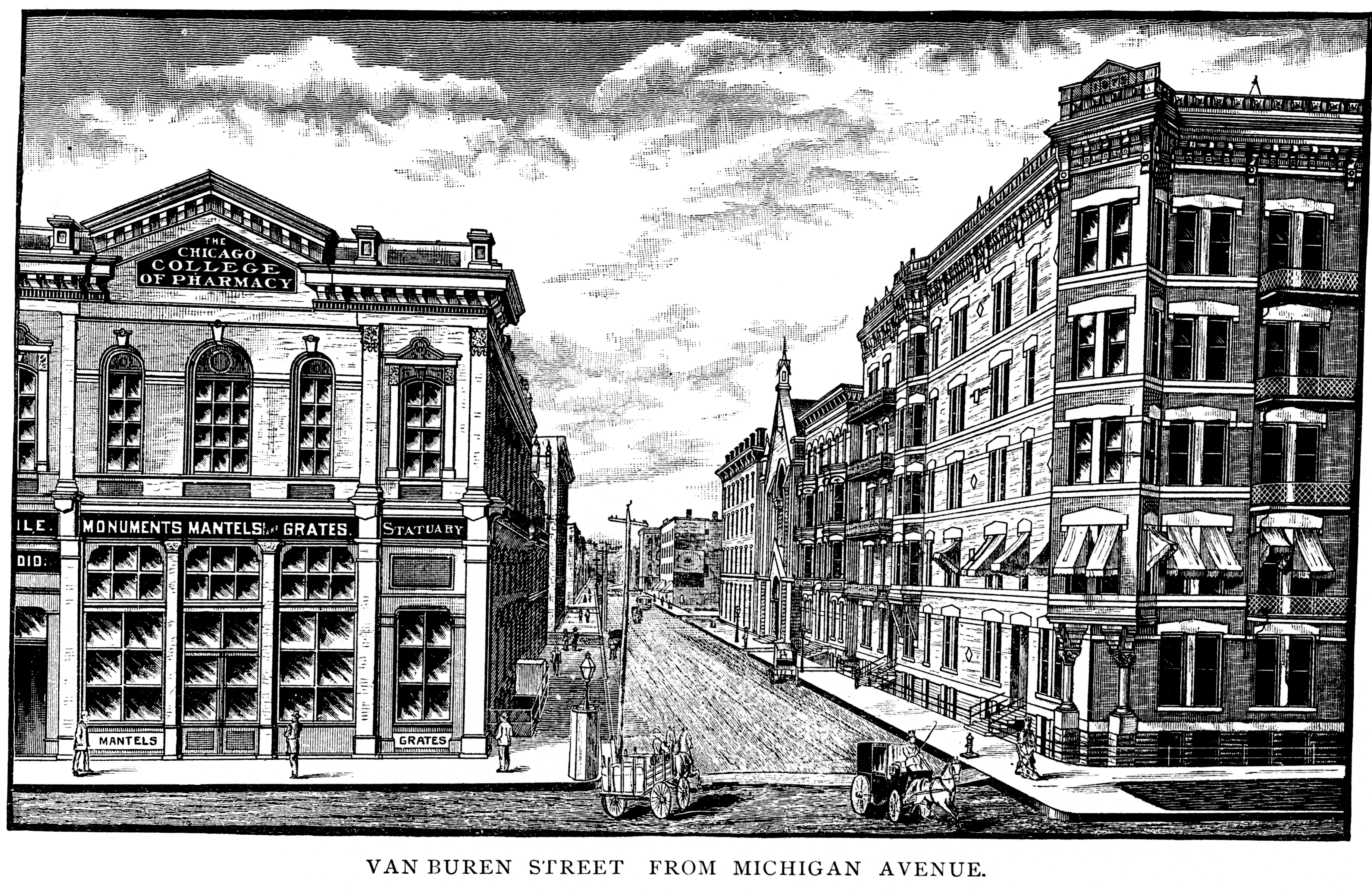 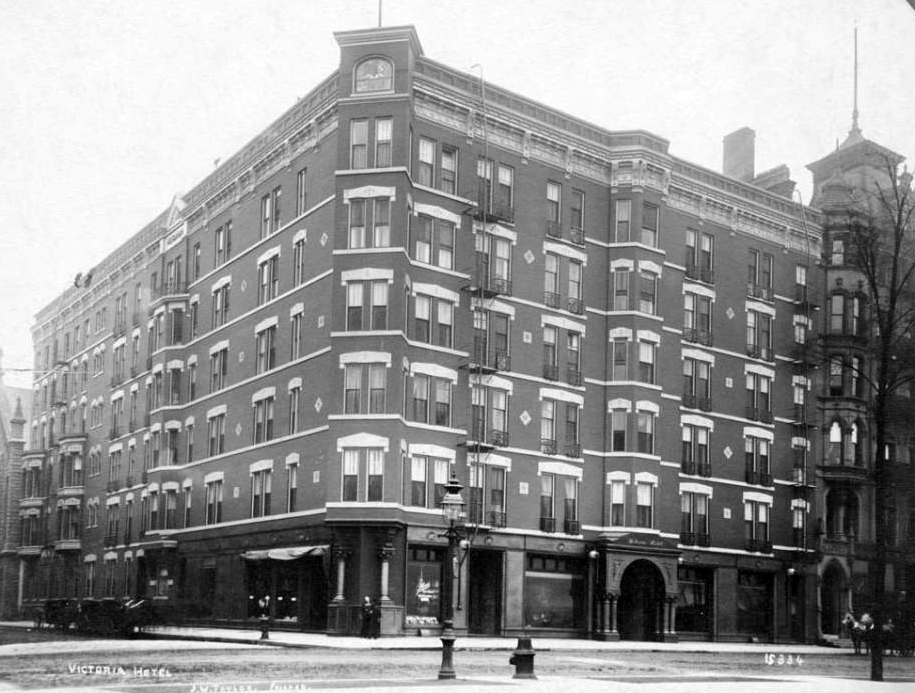 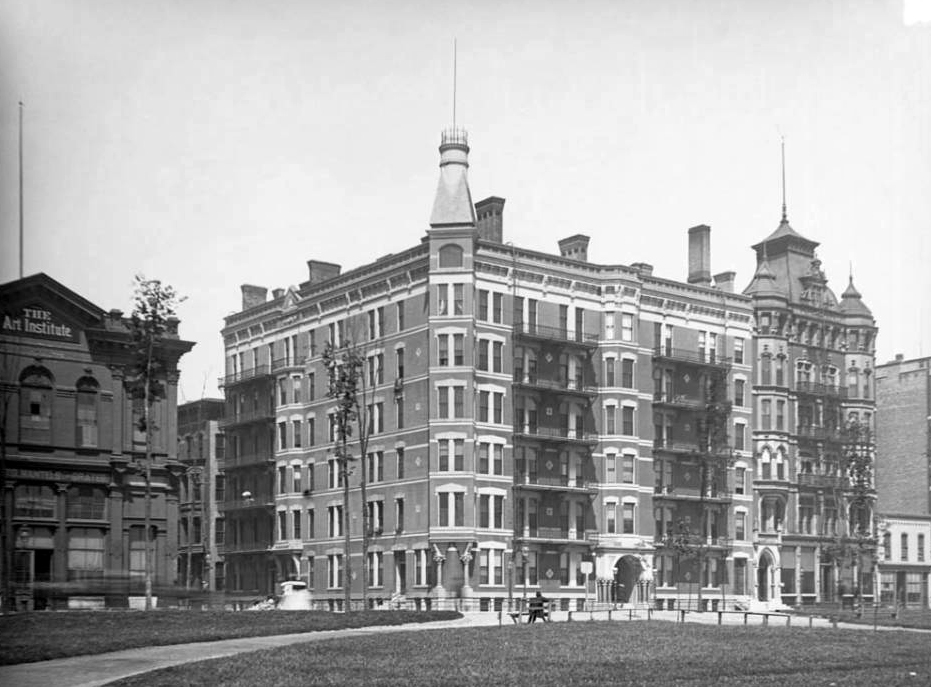 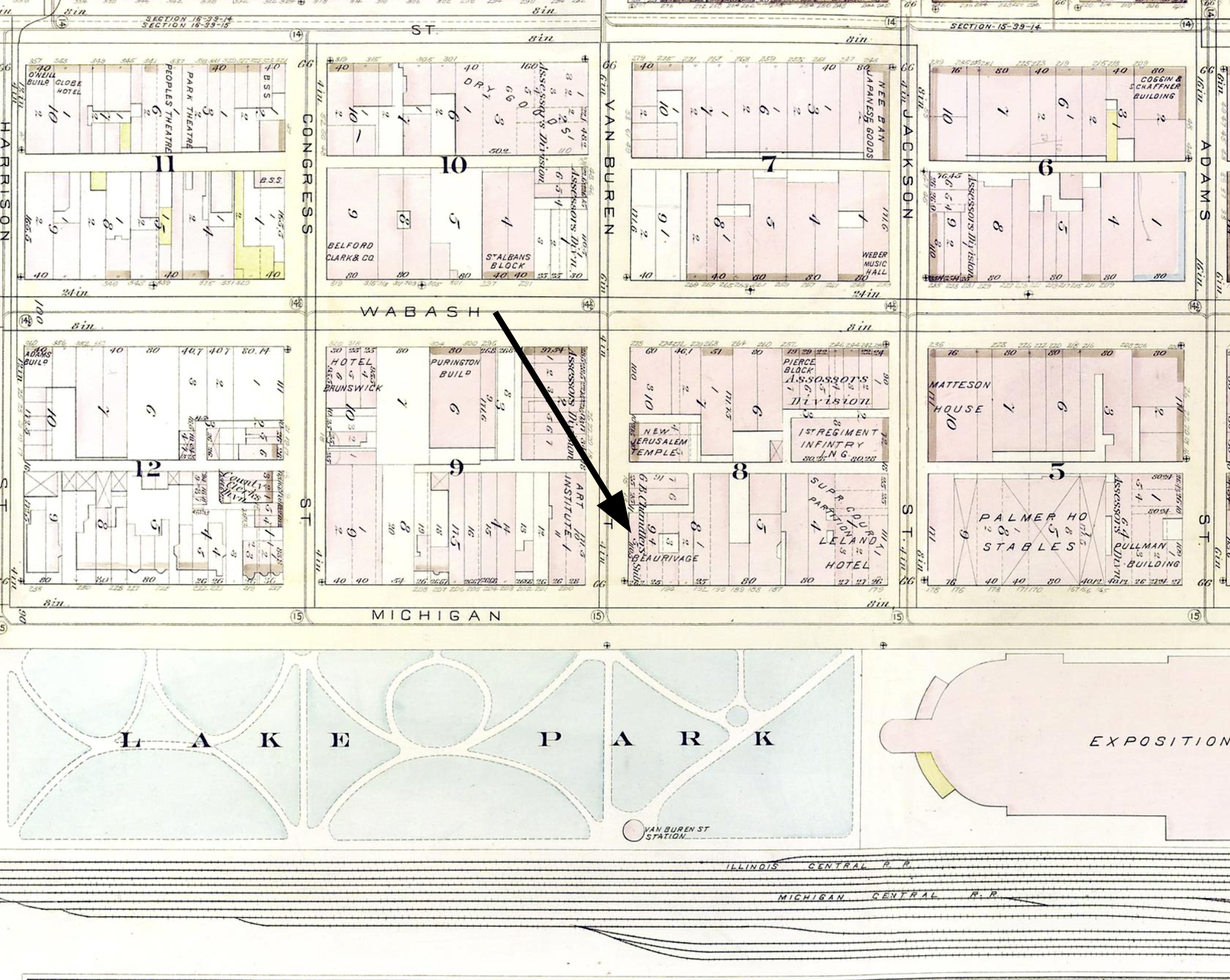 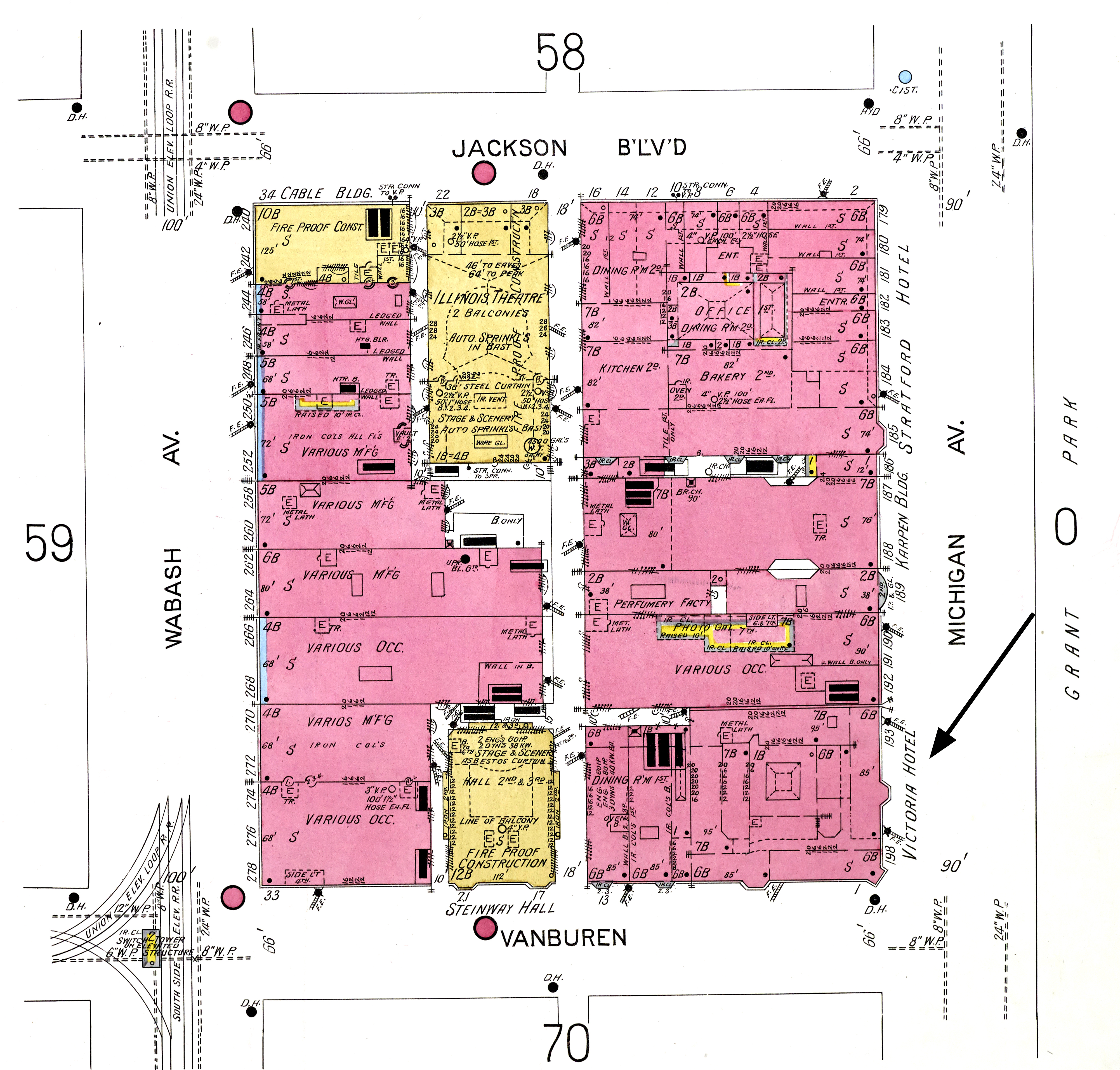