ODELL BLOCK, CORNER ADAMS STREET AND WABASH AVENUE.
The future of Adams street is shown by the elegant class of business blocks now being erected along its line, the most conspicuous of which is the fine grey stone building at the northwest corner of Wabash avenue, just being finished by James Odell, Esq., and now awaiting tenants.

This magnificent building is 135 feet on Adams streets, by 70 feet on Wabash avenue, five stories in height above a deep basement, as seen in our illustration, made from a sketch taken from the opposite corner of the streets from where the edifice stands. Both fronts are similar in detail, and are constructed of a beautiful gray sandstone, ornamented with projecting pilasters and quoins, from the designs of the architect, L. B. Dixon. The building will be heated with steam throughout, with elevator, etc. It is designed to accommodate a large wholesale house, for which purpose it is one of the most commodious and best appointed of any in the city, or it will be rented for other classes of business, being so constructed that it can be made into several large stores, both on Adams street, and on Wabash avenue.

The immediate locality of the Odell building is destined to be one of the best in Chicago. On the opposite corner of Adams street, a building costing a large sum is to be erected at once, while other buildings are going up rapidly on every hand. Adams street is paved from the lake far beyond Union Park, and when the bridge, now being built, is done, it will be the only decent drive from the South to the West Divisions. Along its route lie the site of the Post Office and the Custom House, Honore’s Hotel, and the City Hall will remain there for many years to come.

Mr. Odell was one of the pioneers in the building line after the fire. His beautiful block will cost upwards of $100,000, and it will be an enduring monument to his enterprise and belief in the Chicago of the future. 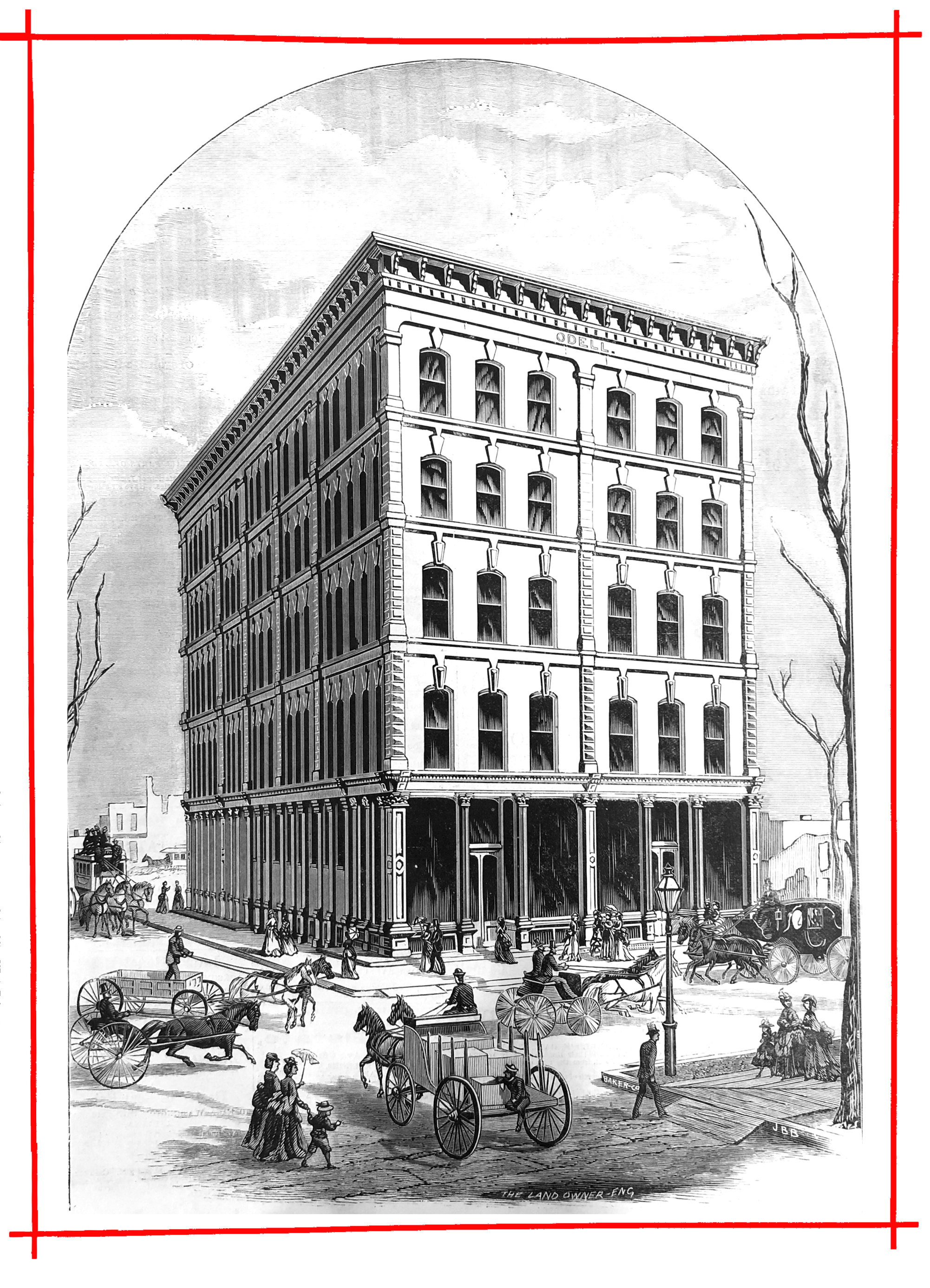 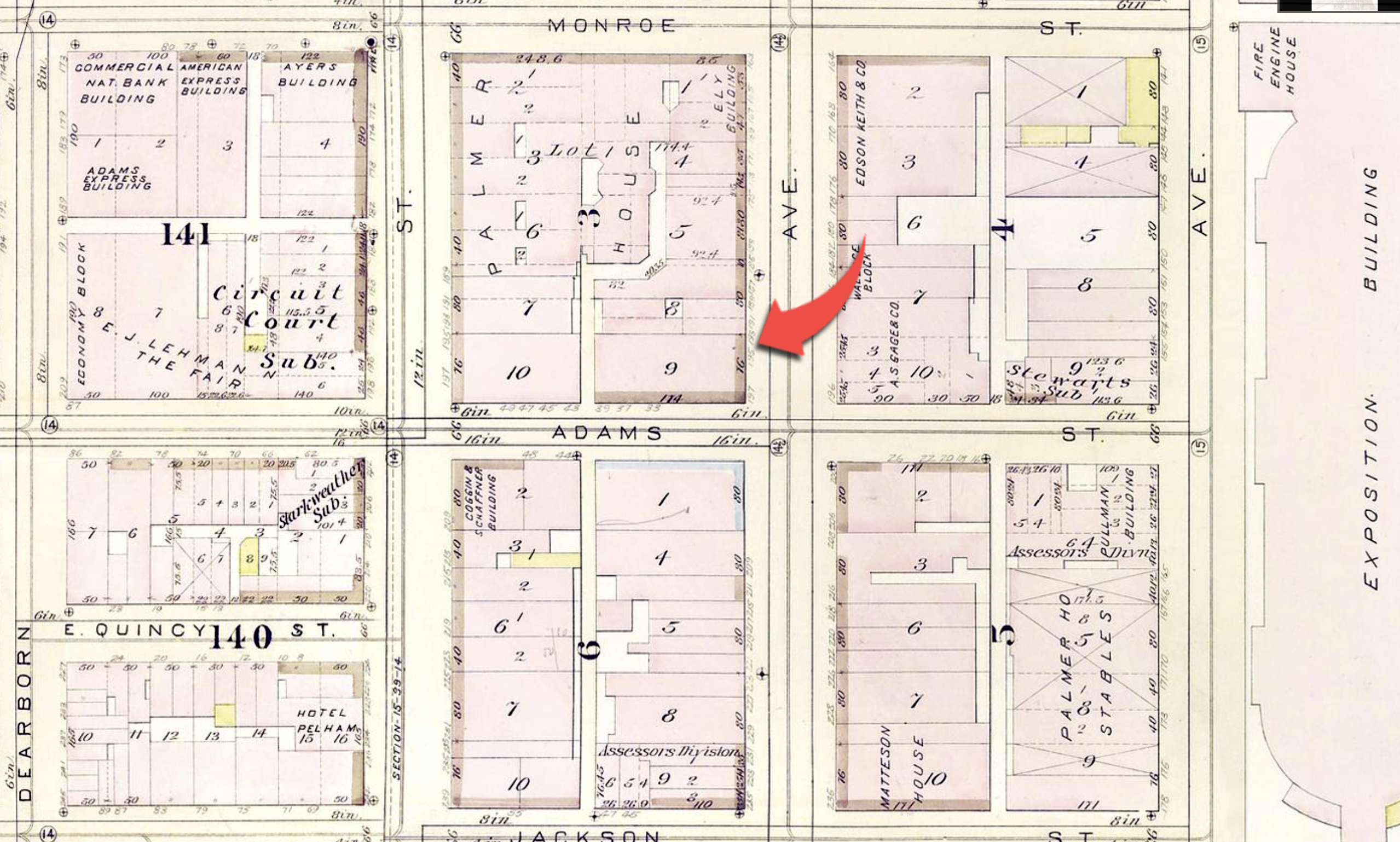 THE GIBBS BUILDING
At the northwest corner of Wabash Avenue and Adams Street, was erected in 1874. It has frontages of 90 feet on Adams Street and 40 feet on Wabash Avenue. It is higher than the Leader Building (85 feet), having 5 stories and basement, and is occupied by music sellers, wholesale jewelers, and manufacturers agents. There is an elevator. 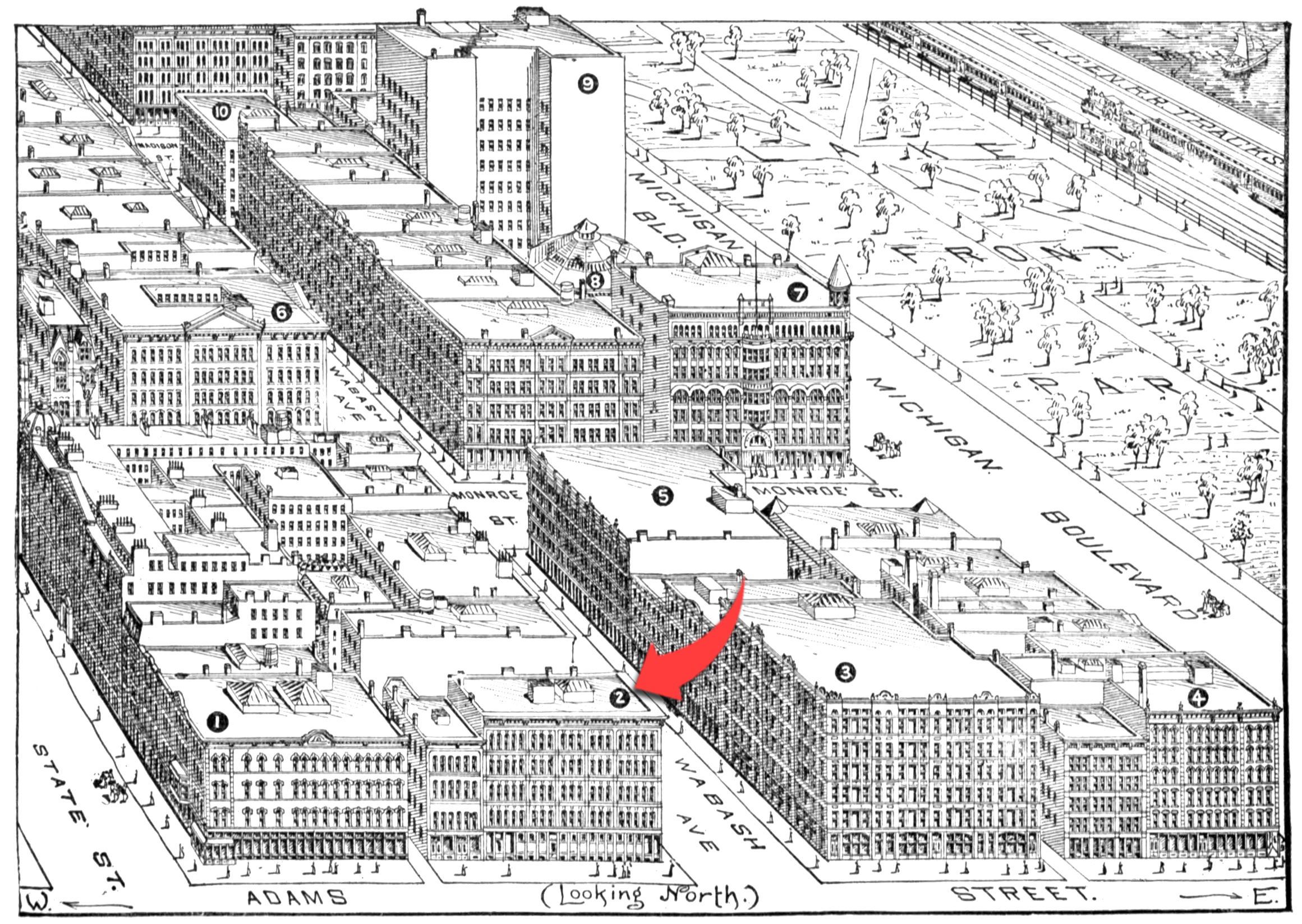 The northwest corner of Wabash avenue and Adams street, 47×100 feet, with five story business building, owned by the Rice estate, has been placed under contract of sale to R. Hall McCormick for $450,000. The board of review valuation is $395,040.1

As a preliminary to the sale of the property at the northwest corner of Wabash avenue and Adams street, 46×100 feet, with five story building, it has been quickclaimed for a nominal consideration by George D. Odell to William R. Odell. The property is under contract for sale for $450,000. 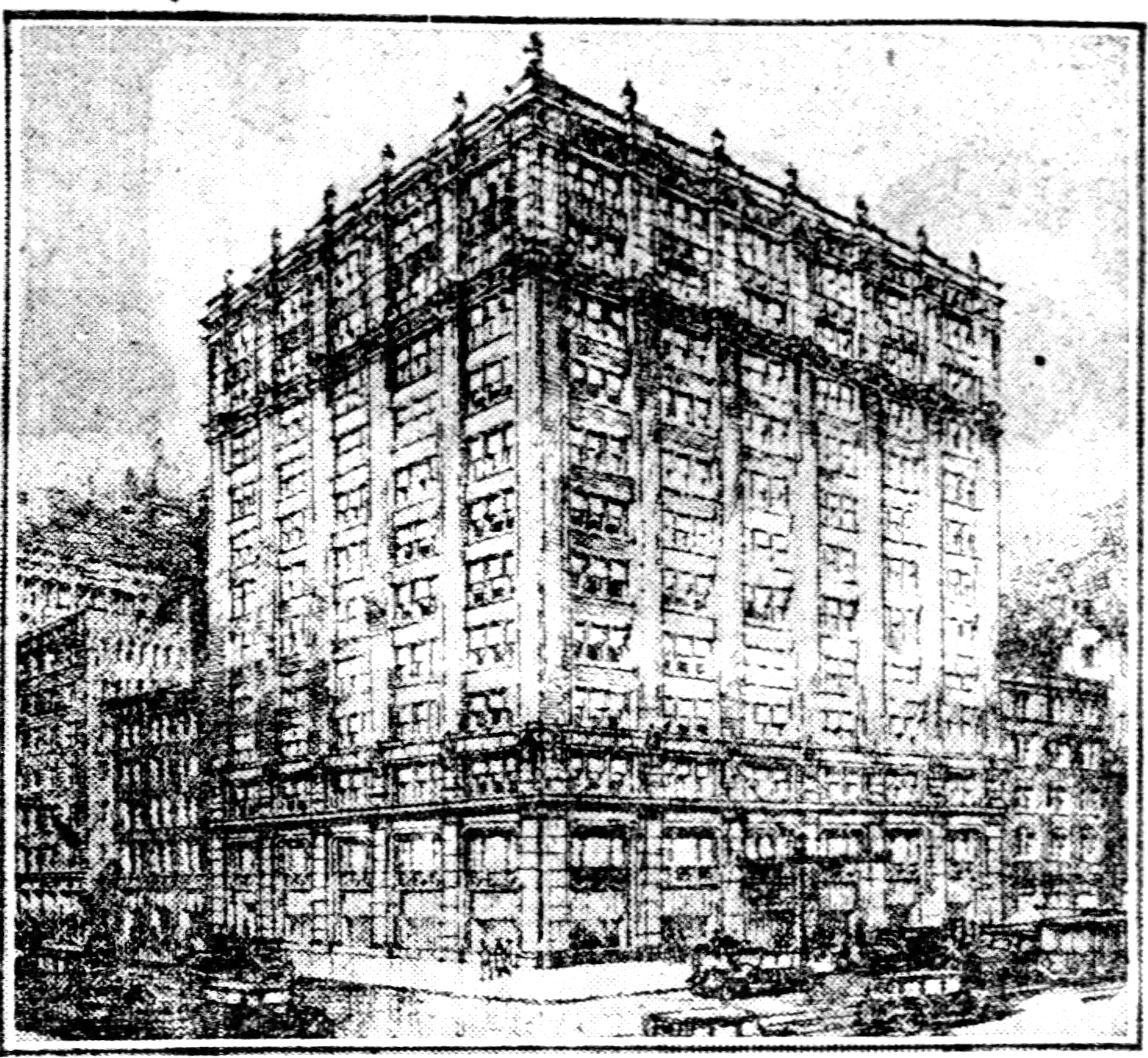 Here is Furniture Row’s moat imposing addition, the twelve story building to be erected by the Palmer estate for the Hartman Furniture and Carpet company at the northwest corner of Wabash and Adams, as told in this department last Sunday. Alfred S. Alschuler is architect. Construction will start May 1, 1924.

1 This property is the old homestead of Mayor John B. Rice and was owned by twenty of his heirs. An interesting fact is connection with the property is that there has been no transfer of it as a whole since 1848.—Chicago Tribune, February 14, 1904.

However, one of his five daughters married James W. Odell, of the firm Flint, Thompson & Co. This could explain the non-transfer of the property to the Odell family.—Chicago Tribune, December 18, 1874.