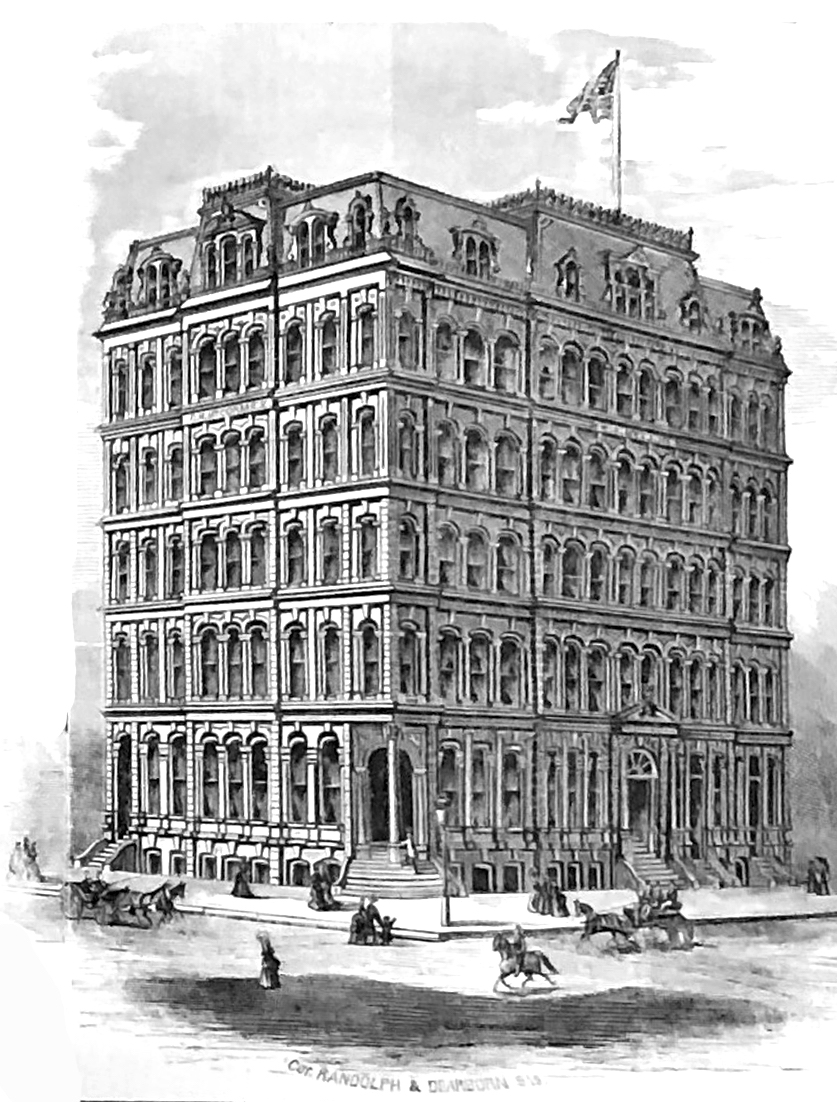 McCORMICK BLOCK II was on the southeast corner of N. Dearborn and W. Randolph streets, with a frontage of 100 feet on the former and 80 feet on the latter. It was six stories and one basement high, on the site of the present United Artists Theater. John M. Van Osdel was the architect.

Lord, Brewster & Co., advertising agents, compelled by increasing business to seek larger quarters, have taken the commodious rooms Nos. 3 and 4 McCormick Block. They are enterprising, ebergetic young men, and we heartily wish them the success they deserve. 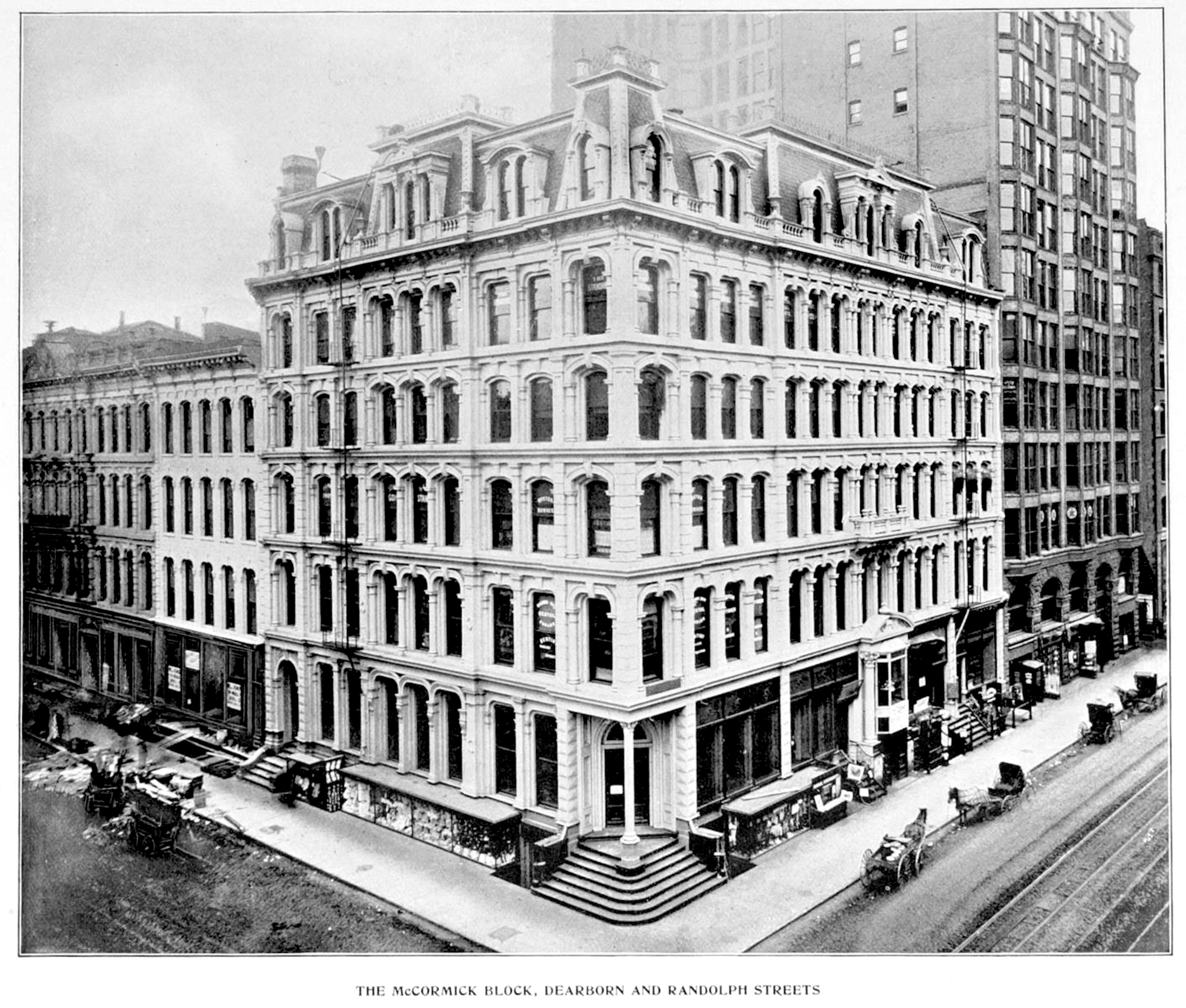 Every Trade Must Have Its Man.
The frontiersman must be enough of a blacksmith to shoe his horse and enough of a carpenter to build his cabin. After a time the blacksmith and carpenter become his neighbors and the work is properly divided. So the merchant who starts a store in a new town must deal in all articles known to the trade. By and by a druggist arrives, and the general merchant orders no more drugs. Then comes the grocer, and the handling of groceries is relegated to him. The hardware merchant, the tinner, the clothier, etc., follow in quick succession, and the pioneer merchant soon finds himself with a stock on hand composed exclusively of dry goods. The same division of labor is seen in every well-regulated store in Chicago.

Within the last few years there has been a revolution in the ways of advertising, and it has been effected by the advertising firm at Lord & Thomas, and they already have as their clients many of the largest wholesale and retail firms here. The plan is very simple, so far as the advertiser is concerned. He decides monthly, quarterly, semi-annually, or annually how much money he desires to expend, informs his agent, gets the full benefit of his large experience, facilities, and information, closes the contract, and has no further trouble. The relations, being similar to those of attorney and client, are confidential, and the advertiser assured that service rendered will be of the the best.

Under this new system Lord & Thomas’ business has assumed immense proportions. Formerly they occupied only Rooms 9 and 10 in McCormick Block, but recently they have been compelled to add to them Rooms 7, 8, and 11 in the same building, or nearly three times the space they had before, and still they are crowded. A glance through their busy establishment is of interest. Room 7, at the extreme north end of the suite, is the private office, occupied by the proprietors, Messrs. Lord & Thomas. Adjacent to this is Room 8, used as the general business office, where eight clerks are busily engaged. Here also is the desk of Mr. R. S. Thain, the manager of the city department.

In Room 9 are the order and general registry and checking departments, in charge of Capt. Samuel Hildeburn, who also superintends the file department. From this room orders are sent to city and country newspapers with the aid of phonograpby and typewriter. Some idea at the magnitude of the business may be had from the fact that 6,000 newspapers are regularly received and handled here. Each one has to be scanned and checked for advertisements published under contraet with the firm. By an ingenious system of check-marks the bill rendered to the advertiser shows everything that he may desire to know in connection with his particular “ad.”

Of the great file-rooms—a labyrinth of pigeonholes reaching from floor to ceiling—it is enough to say that of the 6,000 papers received the weeklies are kept for six months and the dailies for three months for the inspection of all advertisers dealing with the firm. Lord & Thomas claim that their daily mail is larger than that of any other similar concern in Chicago. In developing their perfect system Lord & Thomas have kept three things prominently. in view-viz.: that an advertisement should be printed in an attractive style; that it should be published in the right medium-that is, where it will do the most good; and that the cost should not be in excess of its actual value. The firm have a printing department, and in this connection it may be stated incidentally that Lord & Thomas deal largely in printing materials, such as type, ink, roller composition, etc., for the supply of country newspapers. The idea that governs some advertising agencies is to get ail the money possible out of an advertiser. Lord & Thomas ides, and the one on which they have increased their business fivefold within two years, is to take only what a man or firm ean judiciously expend, and place it where it will bring in the most ample returns.

A special feature of Lord & Thomas’ business is the control of the advertising columns of the six leading religious papers in Chicago. Mr. C. D. Paine is the manager of this department. Lord & Thomas claim that theirs is the only thoroughly equipped agency in Chicago, and its equipment is only in proportion to the amount of business done. These gentlemen have so thoroughly systematized advertising as to make it almost one of the exact sciences. 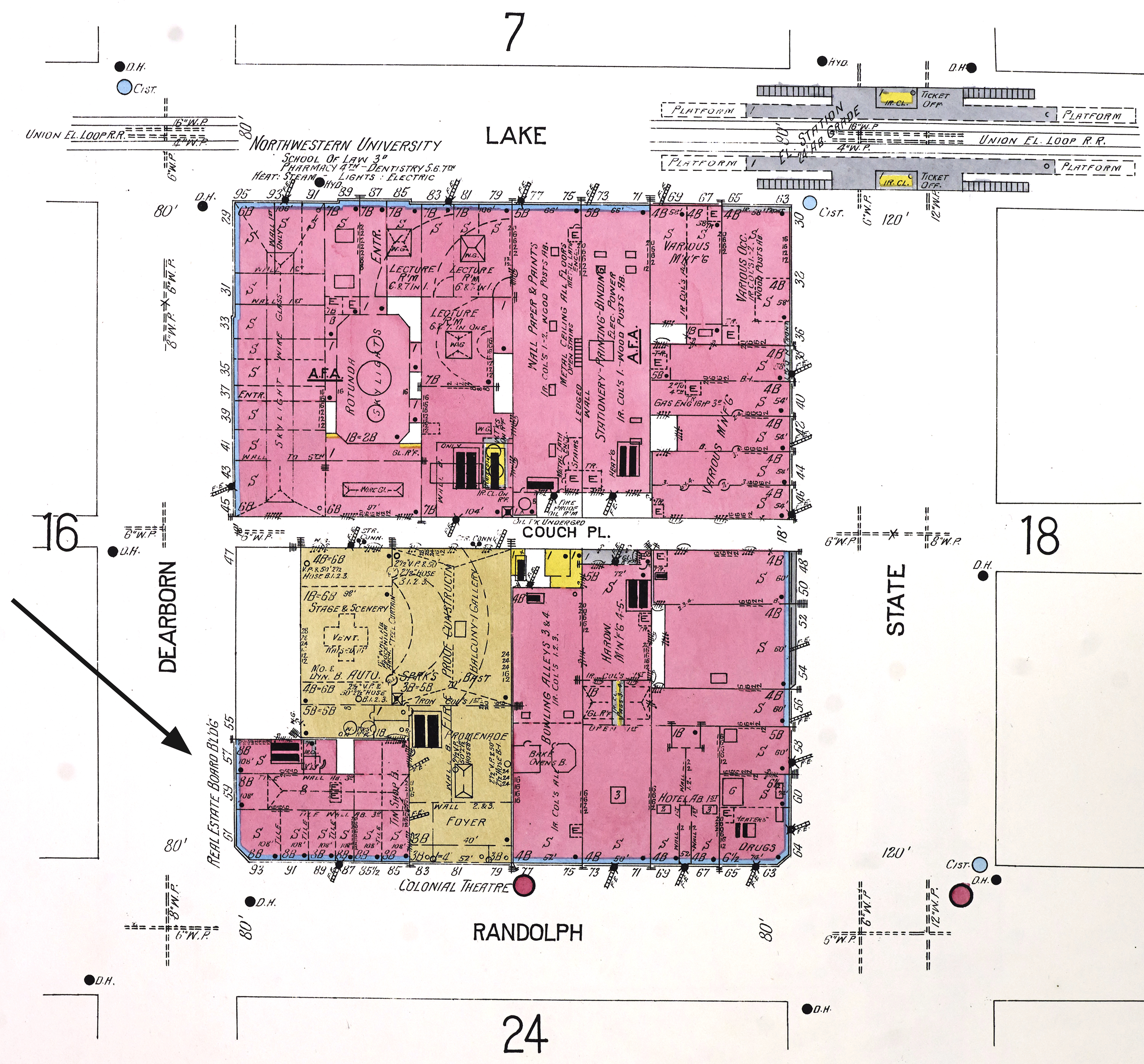