McVICKER’S NEW THEATRE.
That Chicago is still able to maintain her prestige as a metropolitan city is made certain by the exertion J. H. McVicker, Esq. is making in rebuilding his theatre on a finer and more extensive scale than before. What the future theatre will be can be seen from our illustration, drawn from the plans of the architects, Messrs. Wheeler & Thomas.

The exterior of the new theatre will present a rich and elegant appearance, with its double octagonal front of handsome cut stone, ornamented with statues. The arrangement for its ventilation will be perfect, to which end its situation—the building abutting on two alleys—will materially contribute. Means of ingress and egress will be, for the same reason, made ample. The interior of the auditorium will be conveniently seated and admirably arranged in every respect. The ceiling is to be elaborately frescoed, and the ornaments of the proscenium boxes will be exquisite. A portion of of the proscenium adjoining the boxes will be adorned with mirrors. The scenery will be elegant and elaborate, and the theatre will be one of which our people may well be proud.

Mr. J. H. McVicker, it will be remembered, had but just completed his theatre a few weeks before the great fire. Its gilding was yet fresh, and its upholstery untarnished, when it fell a victim to the flames. His heroic action in rebuilding so soon is but another evidence of his indomitable energy. The theatre will be completed by fall, ready for the amusement season of next winter. How we shall rejoice to once more drop into Mac’s as of old! 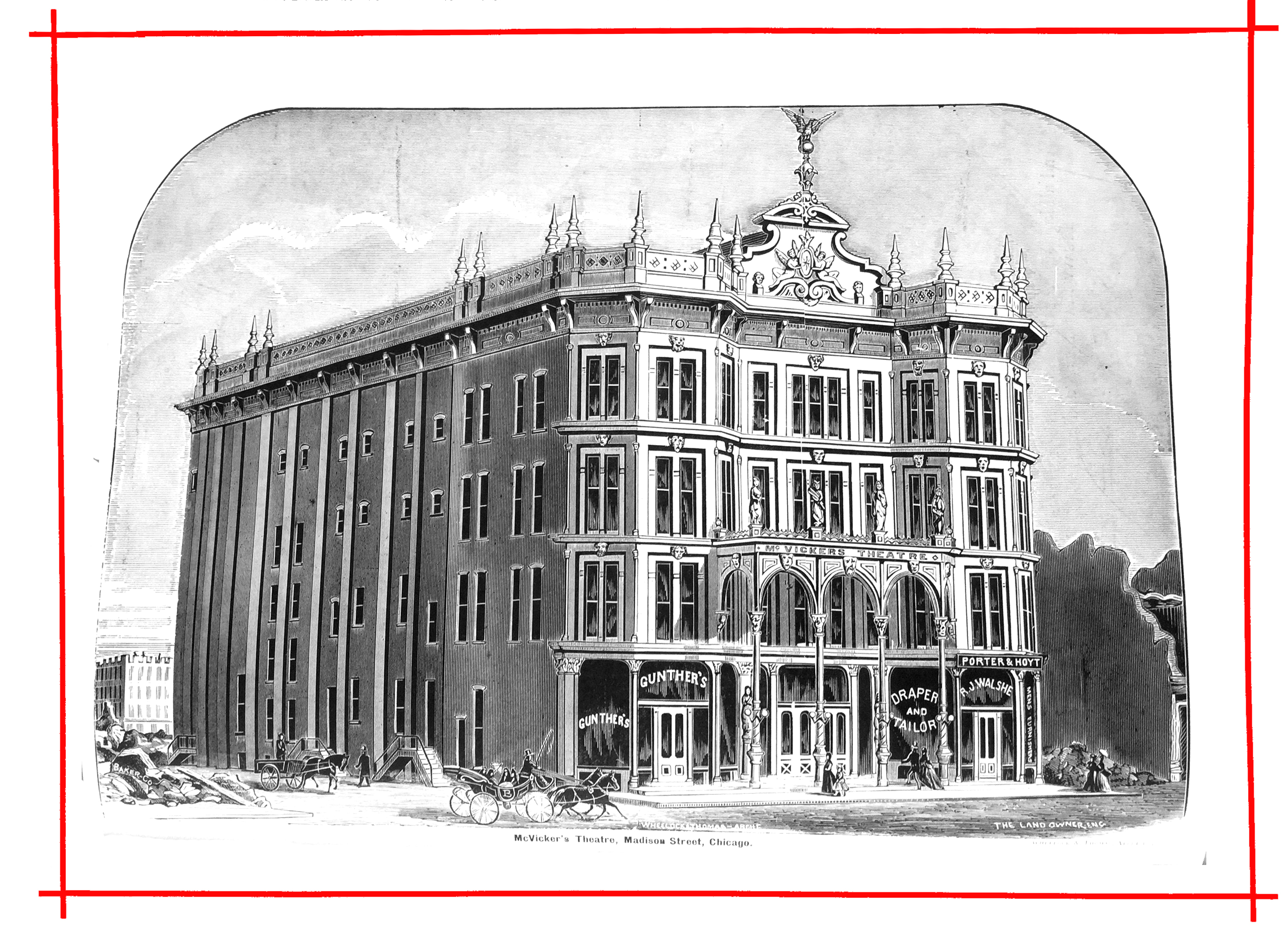 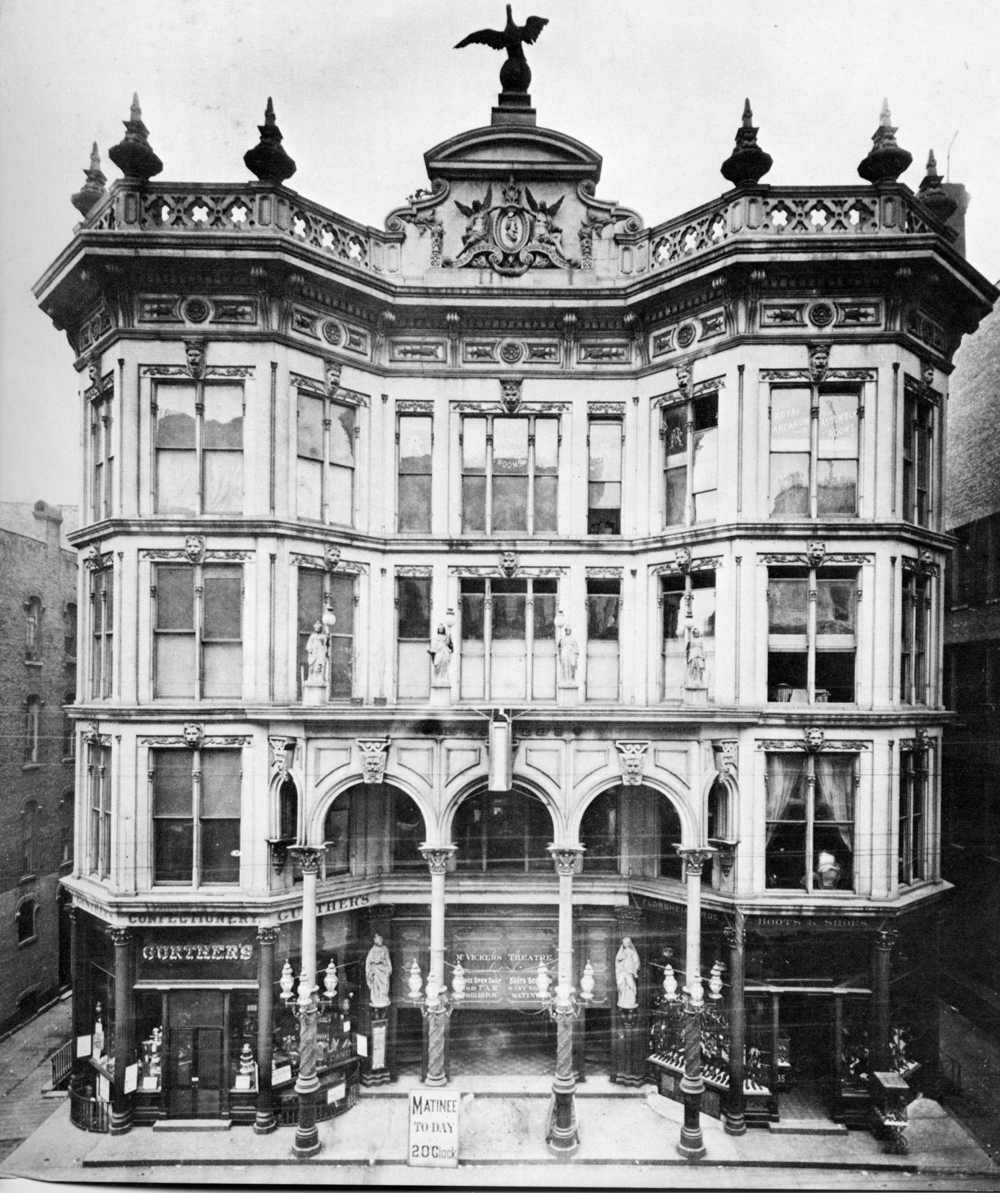 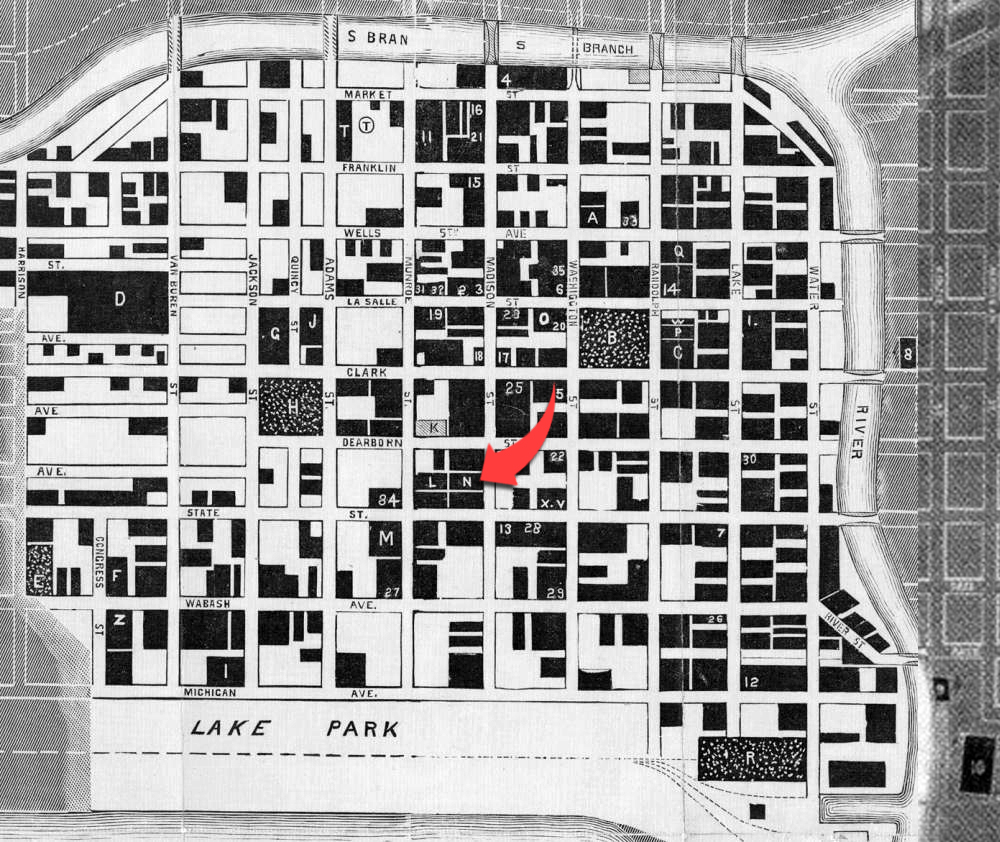 The Palace of Sweets.
It is a curious thing to note, in the rebuilding of Chicago, and the re-establishment of trade centres, that strong determination, which pervades every branch of business, to make the rebuilt city more more magnificent than ever before. The men who excelled before are not merely content woyh excelling again, but they must needs cast completely in the shade all their previous efforts—in short, outdo themselves. Gunther is a forcible example of this, in the fitting up of his beautiful Palace of Sweets in McBicker’s Theatre. Before the fire Gunther was the acknowledged King of Confections—he had the retail candy trade of Chicago between his thumb and finger. Becuase he made and sold purer and finer goods than anybody else. This time, in re-establishing himself, Gunther aspires to a higher distinction. He has undertaken to fit up the most elegant confectionery store in America, if not the world, and he had done it. The people of Chicago, accustomed to the finest in the land, have to thank Gunther for a genuine surprise in the matter of elegance. No one expected to see such a place and when we speak of polished white marble counters, the floor of Mosaic tile, the costly show cases of silver and plate glass, the cabinets of ebony and gold backed by reflecting mirrors, the ceiling of blue studded with gold stars, resplendent chandeliers, the soda and mineral water fountains of Tennessee and Irish marble trimmed with silver and gold—even these glimmering generalities fail to convey an adequate impression of the dazzling, gorgeous interior. The place should be visited as one of the curiosities in business, no matter whether you eat candy or drink soda or not. Eye hath not seen, nor the heart of men conceived (that is to say, no man but Gunther) the infinite variety of sweetmeats and bon bons which fill the brilliant array of Parisian cut glass jars which adorn the shelves, while at the beautiful fountains all that is fine in the way of soda and mineral waters, such as Vichy, Seltzer, Kissingen, Pyrmont, and our own, Constance, is dealt not to a thirsty public. Gunther has made the establishment as much of a oublic attraction as the beautiful new theatre itself.