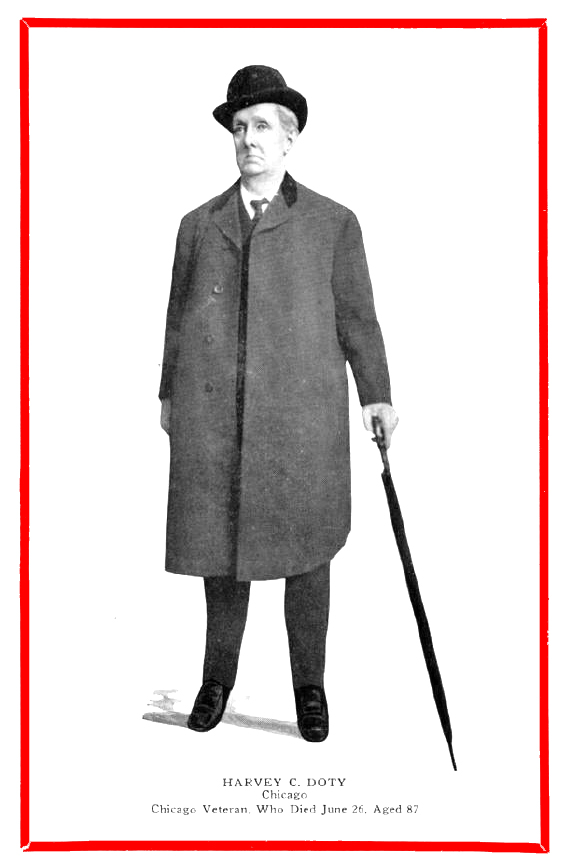 Anderson’s New European Hotel
The travelling public will hail with delight the announcement of the completion of Anderson’s new European Hotel, which is to be opened on Wednesday of this week. The building, situated on the north aide of Madison street, between Clark and LaSalle streets, has a frontage of 50 feet on Madison street, running back 175 feet to Calhoun place In the rear, and closely adjacent to the Board of Trade. It is built of Buena Vista and Columbia sandstone mixed, and is one of the finest specimens of architecture in the city.

It was erected by Mr. James E. Tyler, at a cost of $120,000, in accordance with the plans of Dixon & Hamilton, the architects, and under the direct supervision of the hotel proprietors, Anderson Brothers, formerly the owners of Anderson’s Hotel on Dearborn street, constant attention has resulted in one of the neatest and most convenient hotels in America. Chicago has never before had anything half so fine on the European plan, and no other city can boast of a superior for its size.

The hotel restaurant on the lower floor has a dining-room 25s92 feet, with high ceilings and plenty of light from two sides. On the same foor is the barber shop, with twelve elegantly-fitted bath-rooms adjoining while further tn the rear are the laundry-rooms. Root’s patent safety boiler being used for furnishing hot water. The hotel office and exchange are on the main floor, 25×74 feet, with broad and handsome stairways leading up and down. It is one of the handsomest hotel offices in America. Two fireproof vaults adjoin it, one for the exclusive use of guests. In the rear of the office is the reading-room, 18 feet square. On the second floor are the parlors and suites of rooms, including the bridal chamber, consisting of a room 13×21 feet, an alcove 9×9 feet, and a bath-room and water-closet adjoining. All the rooms on the second floor are supplied with marble wash-bowls, with hot and cold water. There is also a private dining-room on this floor, a dumb waiter connecting it with the pantry. There are fire-plugs on each floor with hose to attach in case of fire. The hotel is furnished throughout in strictly first-class style by the Weber Manufacturing Company, who furnished the Gardner House, and have the contract for the Matteson House. There are in all 125 sleeping-rooms, besides parlors, servants’ halls, etc.

Mr. H. C. Nye, late of Guy’s Hotel, in Philadelphia, has been re-engaged as clerk by the Anderson brothers . Connected with the hotel, with entrances from the office and from Calhoun place, is a magnificent billiard hall, containing nine of Emanuel Brunswick & Co.’s superb bevel tables. The gas fixtures, furnished by Baggot, are the prettiest we have ever seen in a billiard hall, and all the other appointments are of corresponding elegance. It is only necessary to say in addition that the proprietors of this, the handsomest billiard ball in Chicago, are Messrs. Harvey Doty and Henry Rhines. That settles it. There are no two men in Chicago so deservedly popular as billiard-keepers. The billiard hall, with the hotel, will open on Wednesday next.

Anderson’s European Hotel.
This elegant establishment is now in full running order. This evening (Monday), from 7 to 9, the building be lighted from top to bottom, and the public is invited to call and take a look at one of the finest houses of the kind in the country. 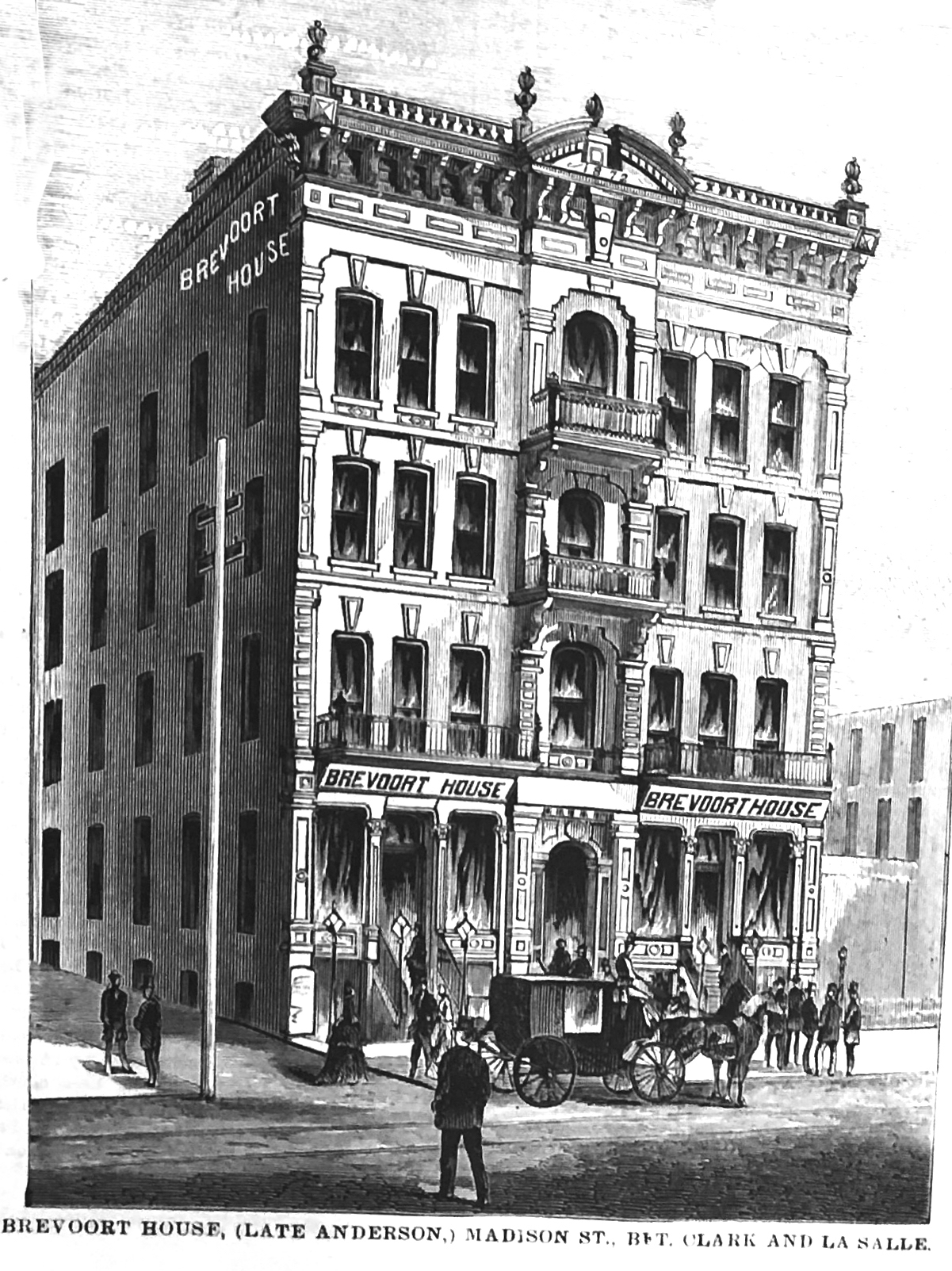 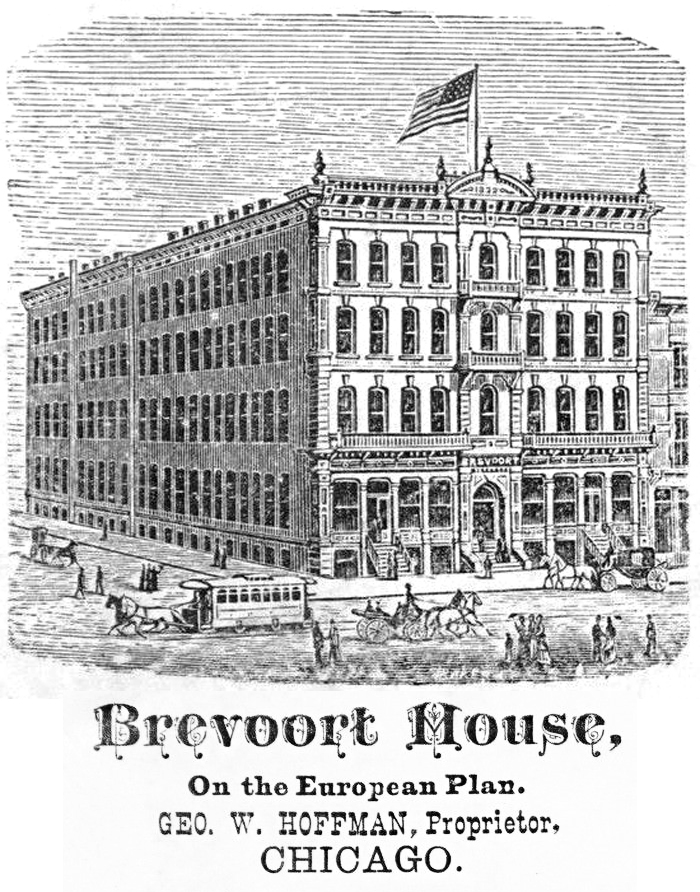 KUHN’S EUROPEAN HOTEL
The building occupied by this hotel was erected, in 1872 by C. H. Thompson, and is owned by his estate at the present time. It was tirst opened as a hotel by James Anderson, in 1880, and for two years was known as Anderson’s European Hotel. In April, 1882, its present proprietor, William J. Kuhns, secured control of the establishment, and changed its name, in 1883, taking in his son, Frank C. Kuhn a partner. The south building adjoining was added to the hotel, it being a four-story structure, built, in 1872, by A. Crocker. The main building is five stories in height. The hotel has one hundred and twelve looms, and can accommodate two hundred guests. 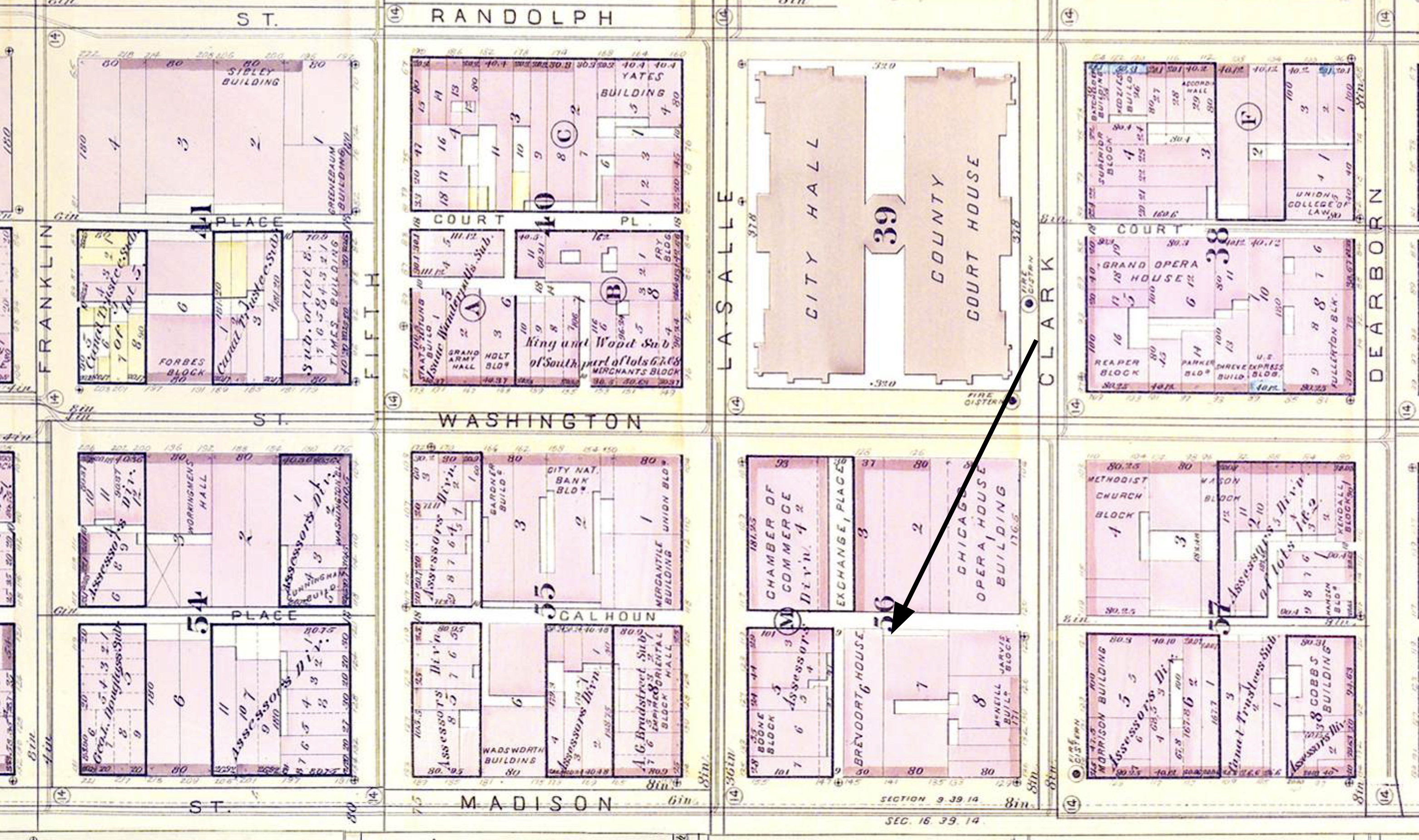 The building was replaced by the New Brevoort Hotel in 1906.