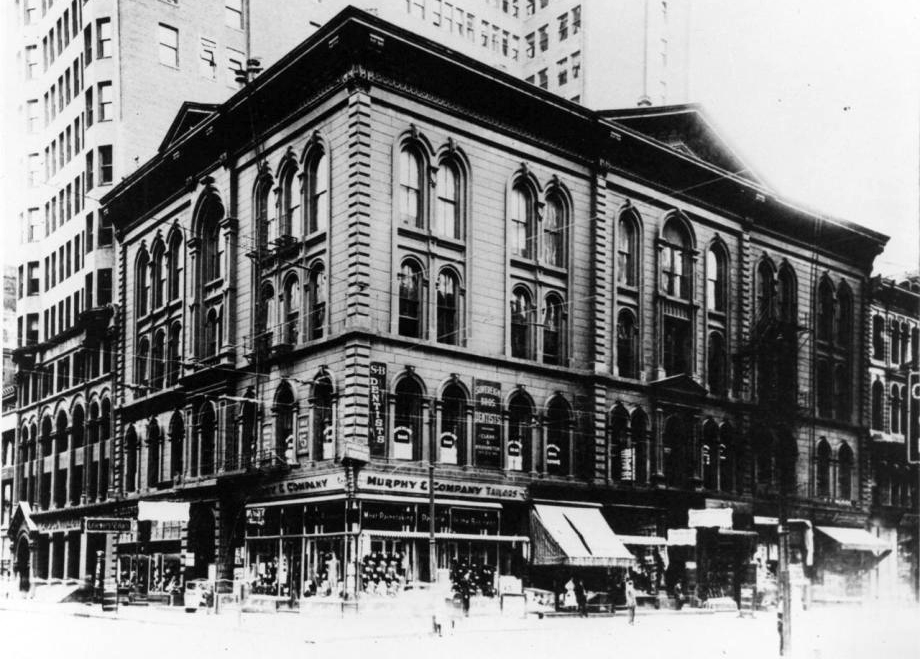 At the southeast corner of Clark and Washington streets, is the last remaining ecclesiastical reminder of these corners, for 3 churches with steeples once stood in a row on the sites of the Chamber of Commerce, the Chicago Opera House, and this block. The congregation still owns this property, and in the large auditorium of the building holds regular religious services. The building is in the stone-front stvle of 1872, 130 feet on Clark, 80 feet on Washington, 55 feet high; 4 stories and basement, with 7 stores, 16 offices, and a hall, with stage, gallery, organ, etc., seating 1,000 people.

Edward Burling and Dankmar Adler designed this building in 1873, before Adler formed his partnership with Louis Sullivan. Once again, the two first floors generated rental income from stores and offices, while the church was on the third and fourth floors. 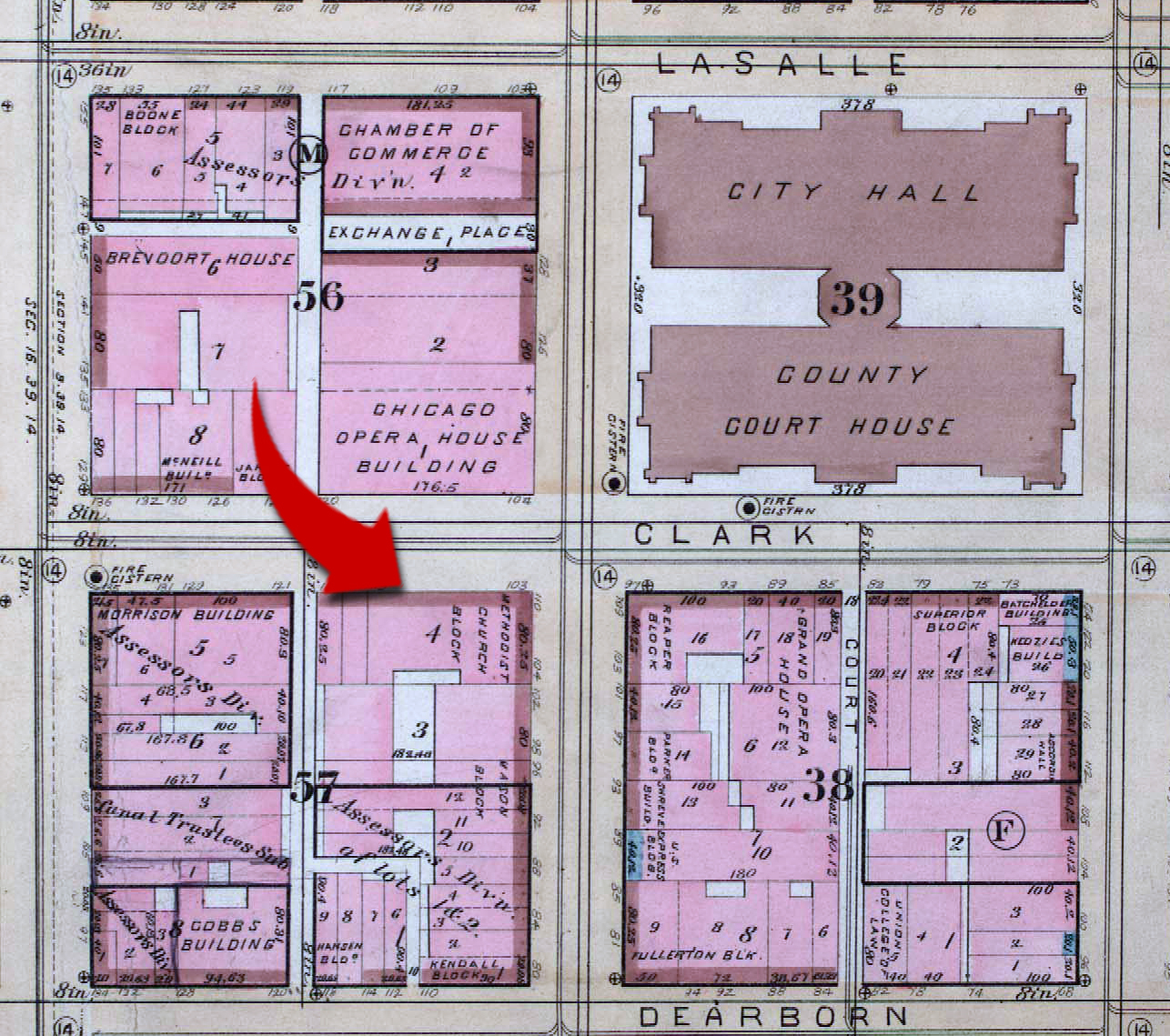 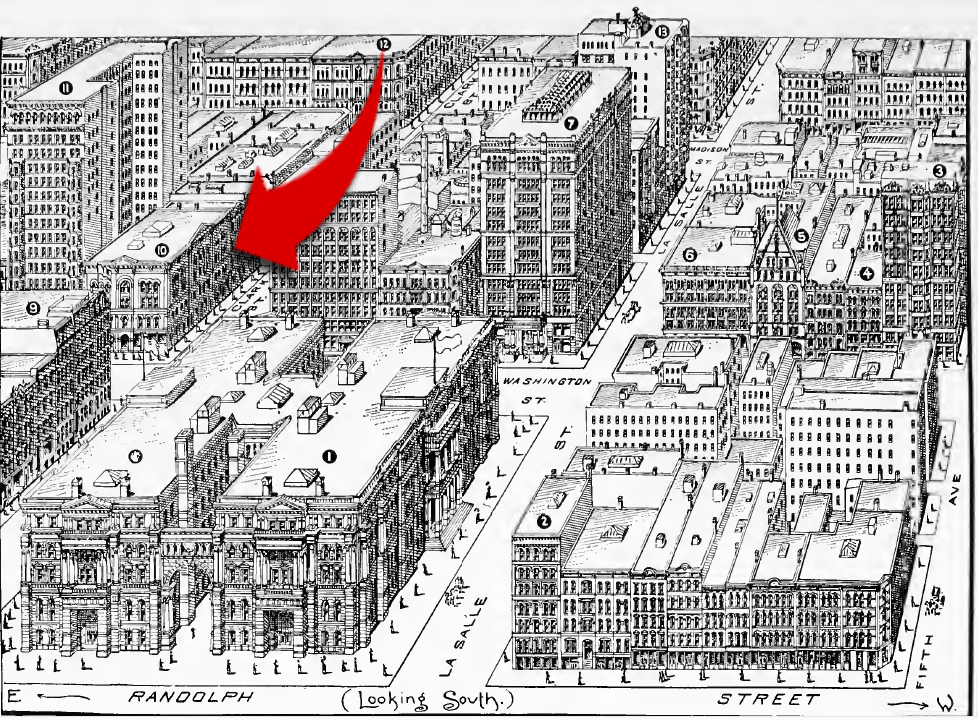