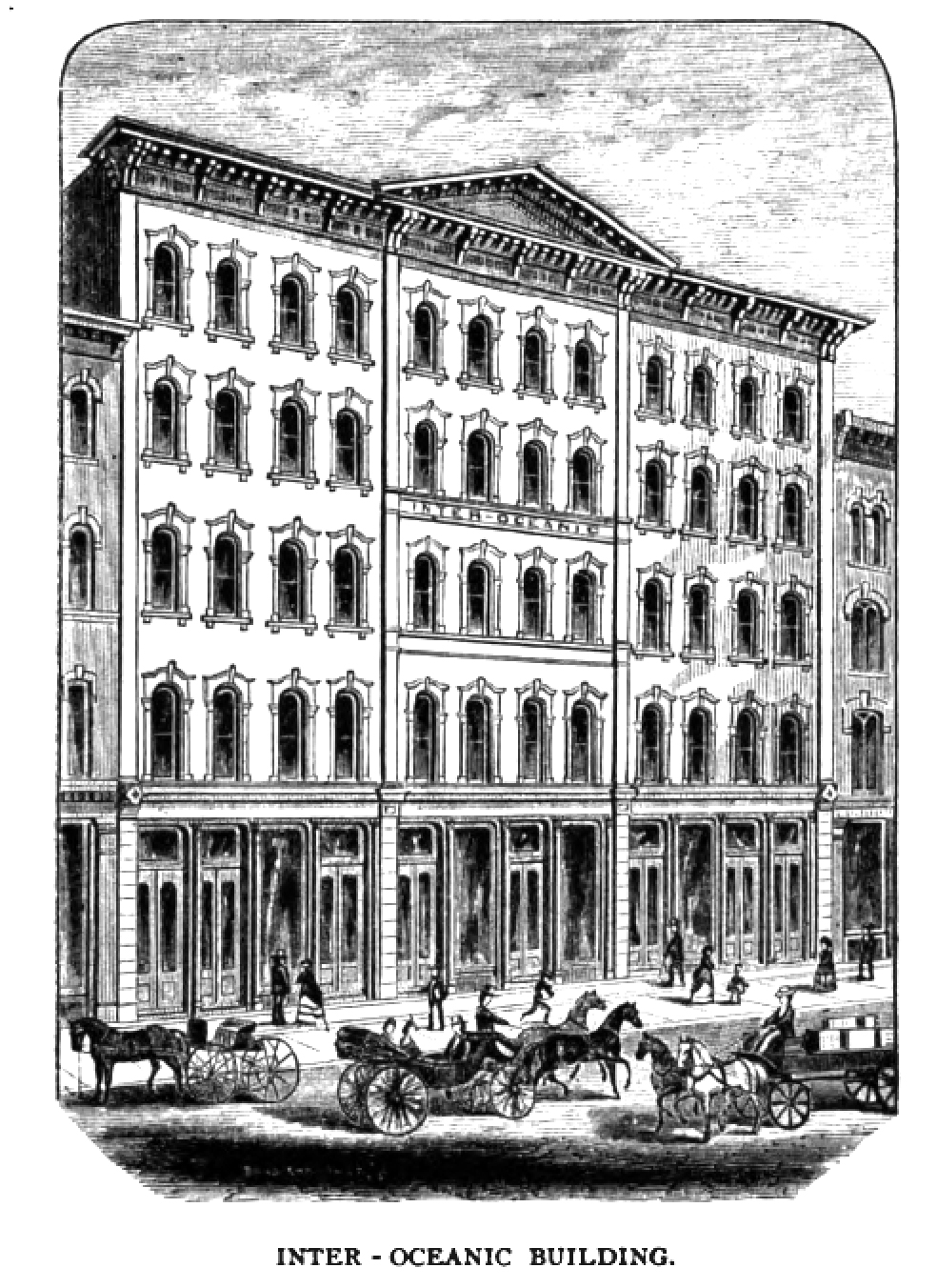 The Inter-Oceanic Building, the property of Hon. J. Y. Scammon, occupies 105 feet on Wabash avenue, between Harrison and Congress streets. It is five stories high, and contains a central building and two wings. The rear portion of the north wing is to contain, in the basement, the large eight-cylinder press which Messrs. Hoe & Co. are constructing for the Inter-Ocean newspaper. The building is built of Milwaukee brick, with white trimmings for the doors and windows, and presents a very imposing appearance on this wide and beautiful avenue.

On March 25, 1872, there was issued from the corner of Wabash avenue and Congress street, now occupied by the Auditorium, a newspaper which up to that time never had a counterpart as far its name is concerned, it being christened Inter Ocean, the departure itself attracting unusual attention. This undertaking was sponsored by Jonathan Young Scammon, a man of varied purposes, much energy and extensive resources; among other things he owned a bank. The latter auxiliary is recognized as a convenient attachment to a newspaper venture, whether big or little.

The Inter Ocean has been located in the following buildings: