The Clarendon.
North Clark street is solidly buildt up with good-looking brick and stone blocks tolerably far north, and in a style far better than the old. The best building on this thoroughfare yet erected is the new Clarendon Hotel, on the corner of Ontario street. It is five stories high, built of manufactured stone. It has six handsome stores on the first floor above the basement. The hotel portion of the building commences on the second floor. They style of division and furnishing is modern, with all the conveniences which man’s skill has devised, such as hot and cold water in rooms and radiators and furnaces for heating. The dimensions on the ground are 110 feet on Clark, by 95 feet on Ontario street. The divisions of this in rooms, parlors, dining hall, stores, etc., number over 100. Mr. J.L. Purple, the owner, has expended a $75,000 in its erection, and J.R. Long, the lessee, has put into it nearly $20,000 in furniture. The house was opened on the 1st inst., and is already well patronized. 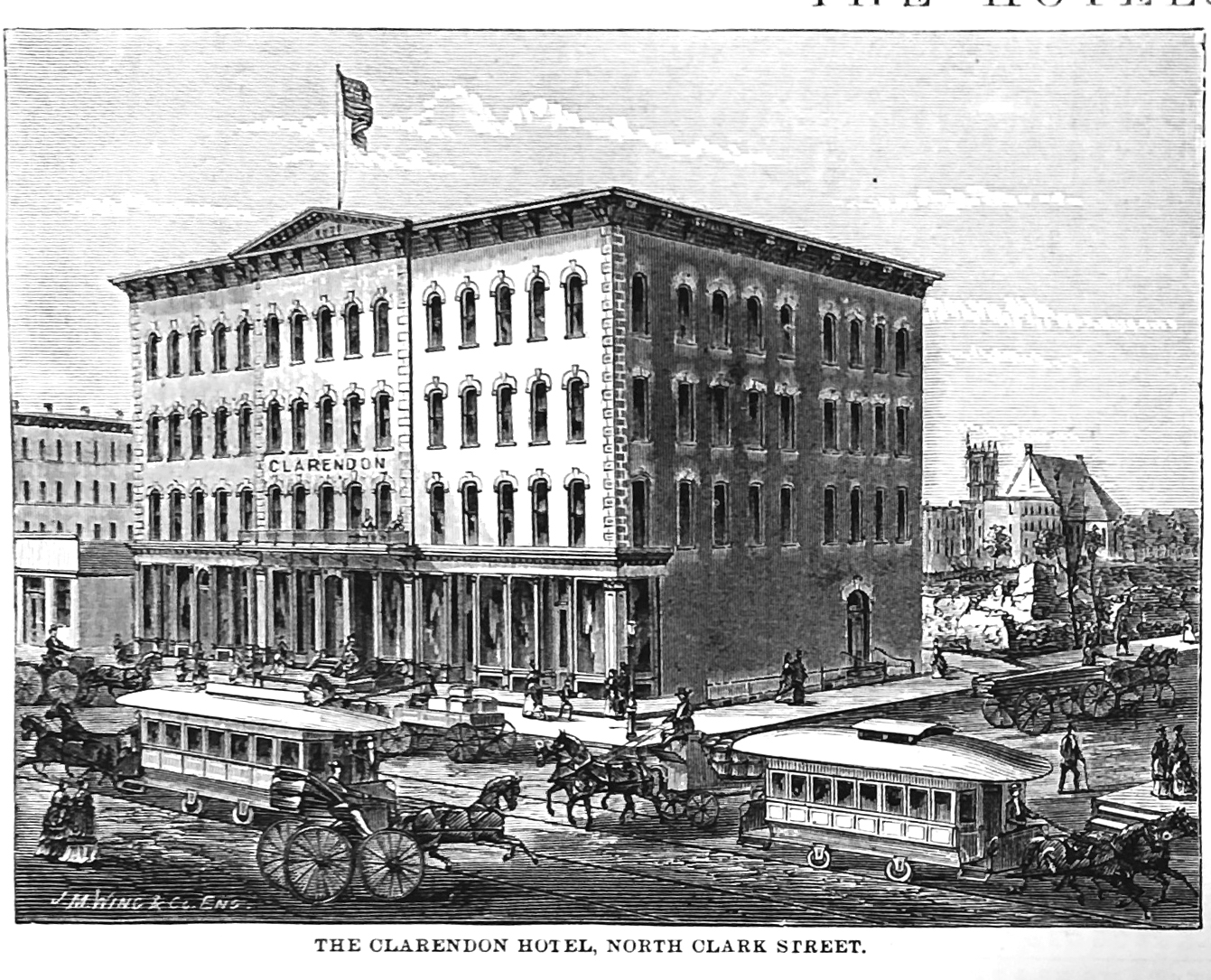 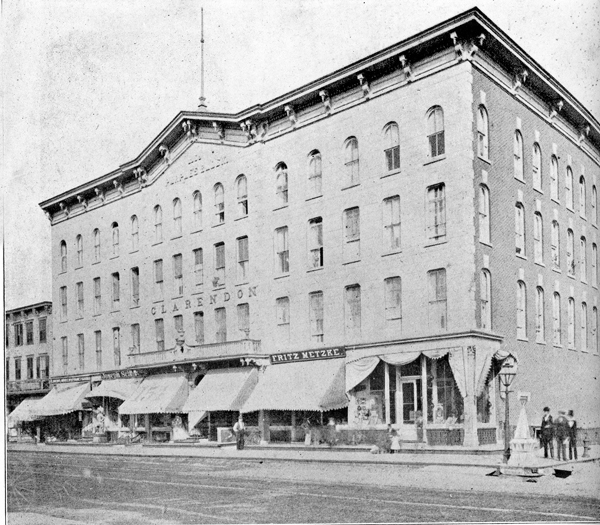